I’m still not over Avengers: Endgame. To date, it’s my top movie of 2019! (I’m eagerly waiting for Star Wars: The Rise of Skywalker — do you think it could bump Endgame out of first place?)

Endgame was everything I could have possibly wanted and more. It had all of my favorite characters, it threw back to some of our favorite MCU moments, it pulled out all the stops when it came to the fight scenes, it had me laugh crying, and, of course, it had me cry crying.

I mean, literally, I was almost/practically sobbing in the movie theater — right next to my husband who was also crying and a stranger who was too (I think). I feel like I need to put a quick disclaimer in right here — this had never happened to me before (at this level) in a theater!

Honestly, it was THE best movie going experience I have ever had in my life. I am so invested in the MCU and the payoff for Endgame was perfect.

And I guess it’s no surprise this day in age either, but the online advertisers definitely found out I was a Marvel fan, too! I’m constantly getting served Marvel-related content in my social feeds, but leading up to the theatrical release of Endgame, I was bombarded with Marvel ads!

One item that caught my attention right away was a hoodie based off of the white and red Quantum Realm suits that the Avengers wear in Endgame! The second I saw the ads for these hoodies, I knew I needed one! While the initial hoodies I saw weren’t officially licensed, I was jumping at the chance to snag one before the movie released so I could wear it to the premiere… And then I read some reviews and candid feedback from others who had purchased one. And things were not good. The unofficial, non-licensed hoodies apparently were screen printed, poor quality, and not as nice as pictured. UGH.

But then, a miracle happened! I found an officially-licensed Marvel zip-up hoodie that was inspired by the Avengers: Endgame Quantum Realm suits! Sold by Merchoid, this hoodie was only available (at the time) for pre-order only, but I knew I could wait a little longer for the nicer item.

And wait awhile I did! I pre-ordered my Quantum Realm hoodie BEFORE the movie premiered in April and it JUST now arrived in August. But the wait was worth it. 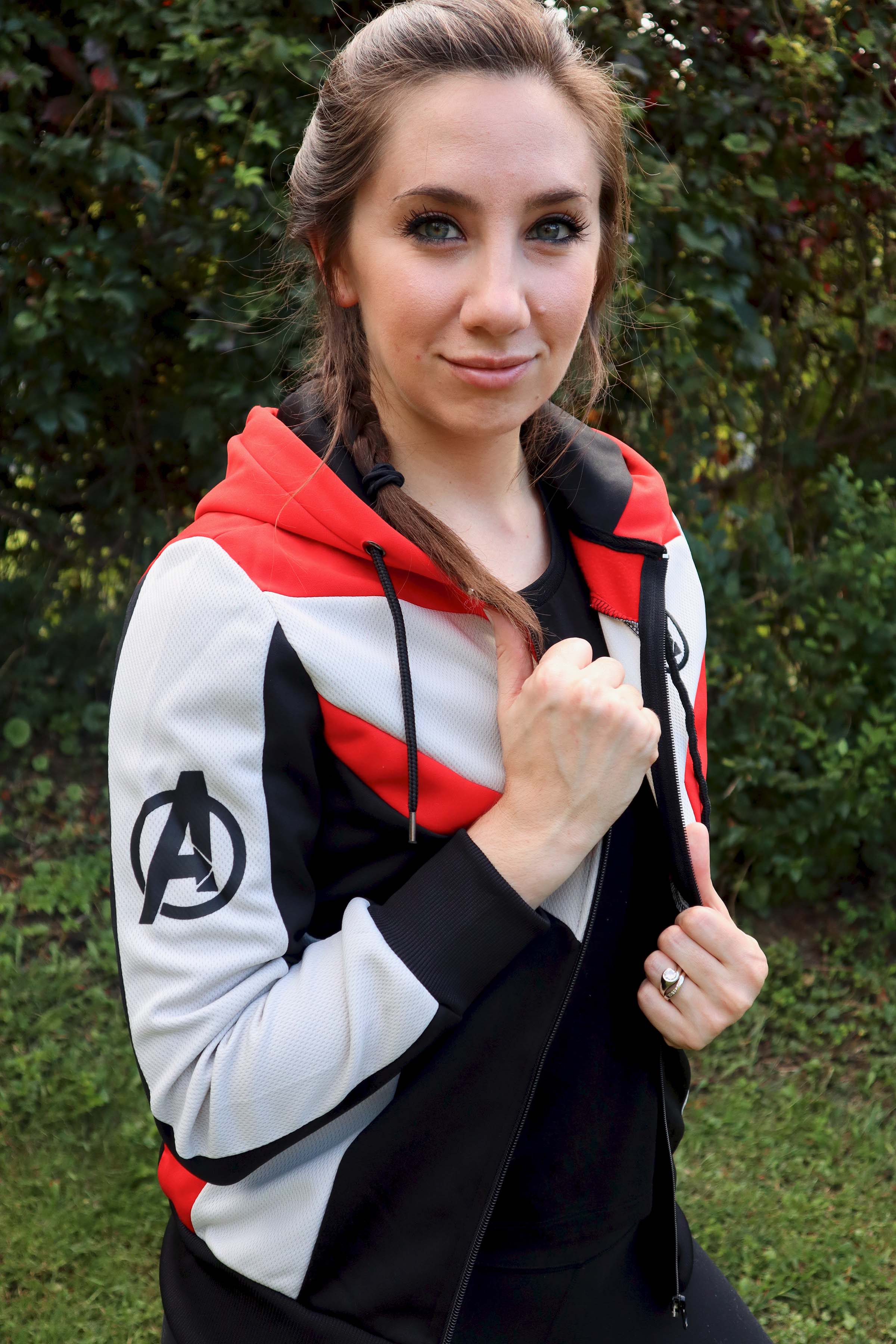 I ordered a women’s zip-up hoodie in a size small. It’s the perfect fit for an unzipped look, but I think if I wanted to wear it zipped up, I’d prefer the size up so that the band at the bottom fit a bit looser.

The Avengers logo on the right arm is screen printed, but the logo on the front left is stitched. 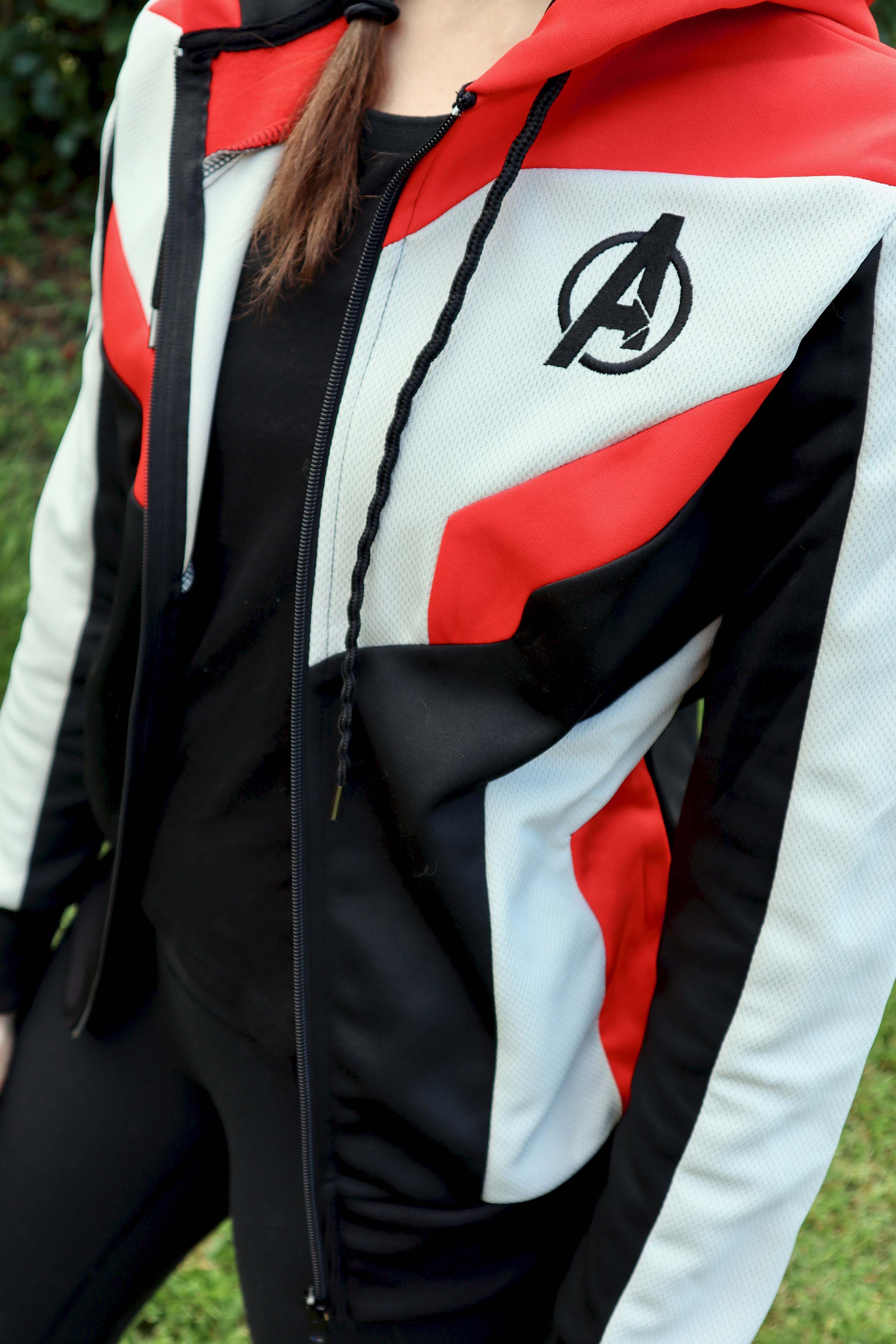 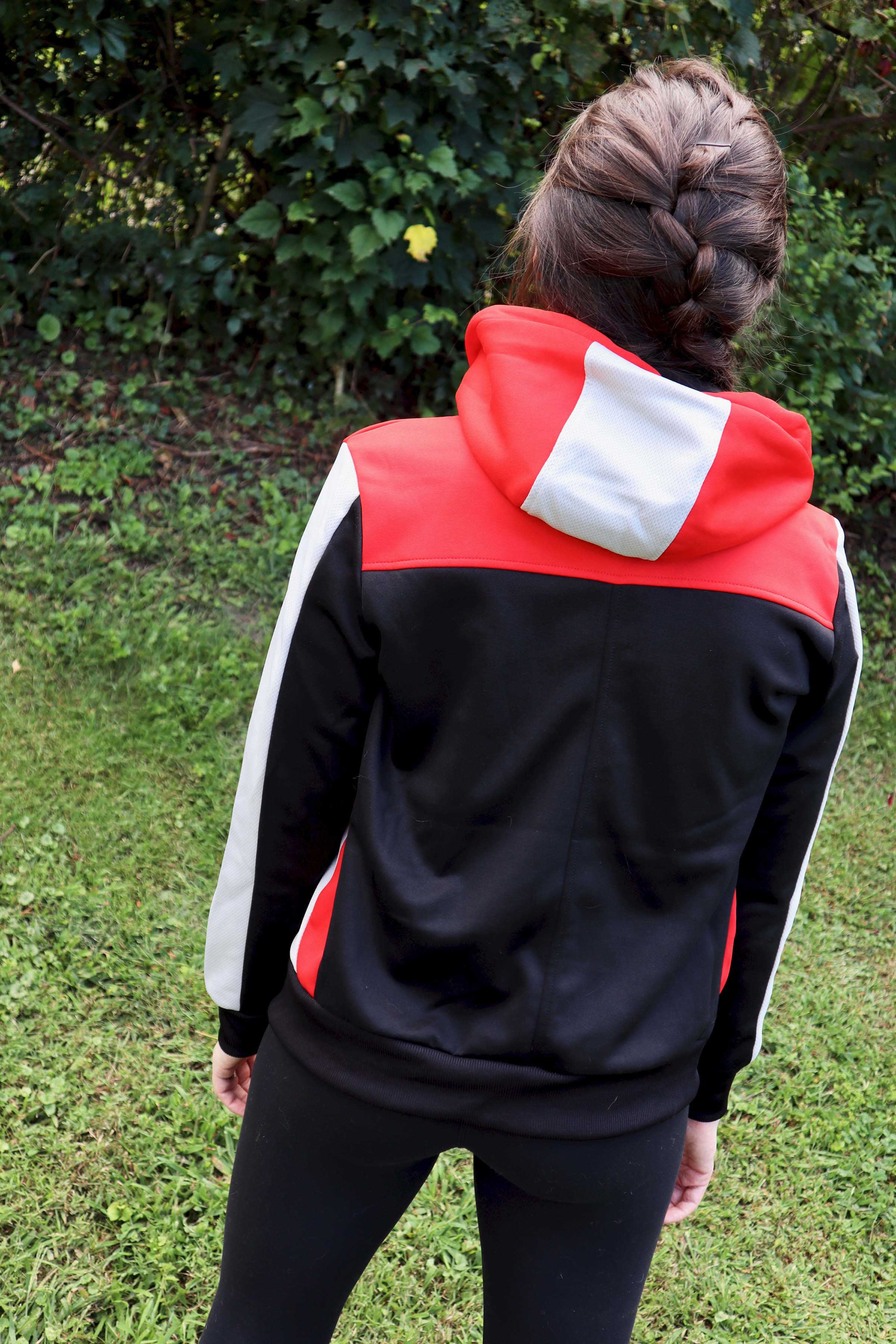 The Quantum Realm hoodie from Merchoid is priced currently at $64.99 for both the women’s zip up and the men’s zip up. 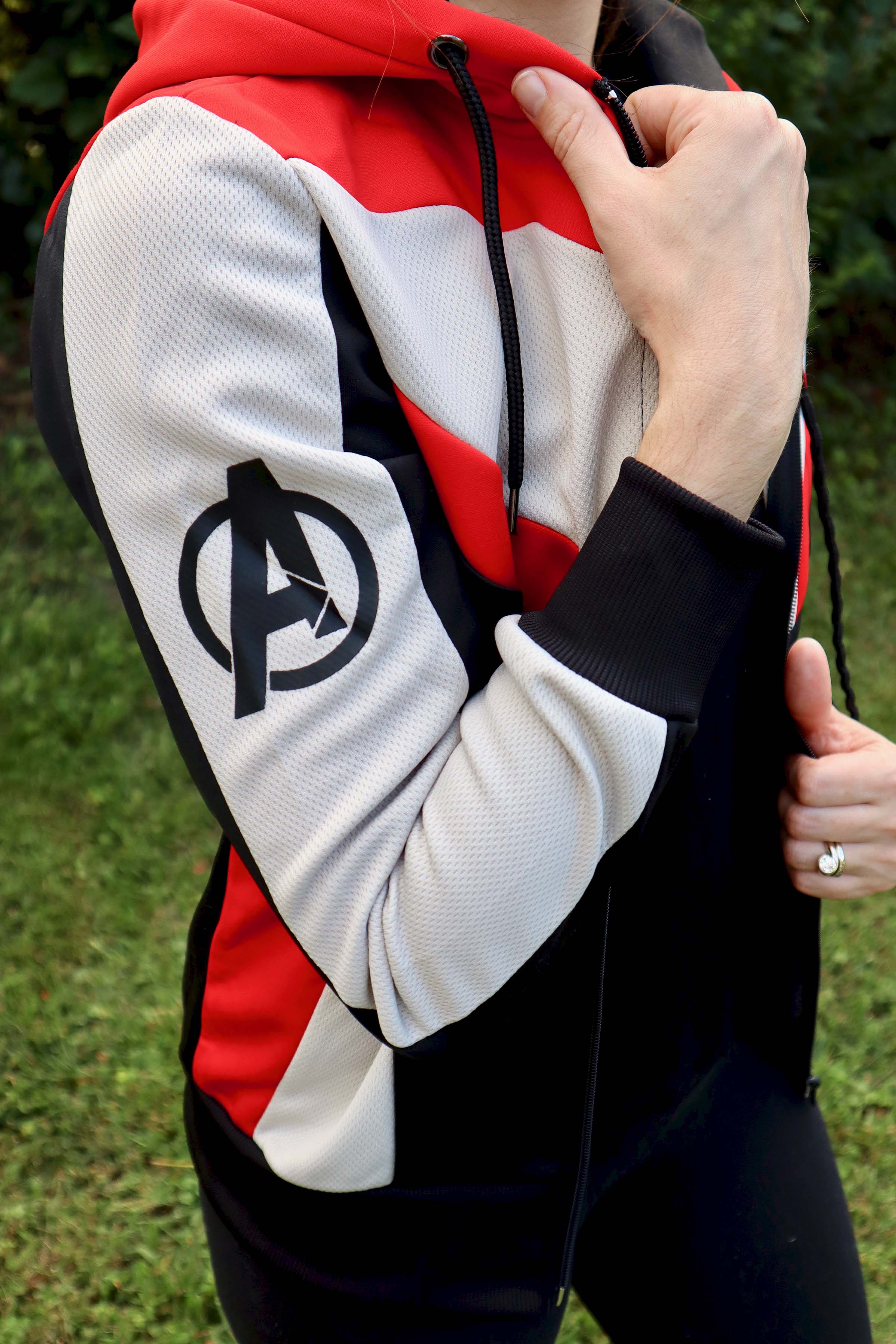 While the hoodie did take a little longer than I expected to arrive, it came at the perfect time for me to sport my Avengers gear this fall!

It’s a great item for any Avengers fan and would make the perfect gift this Christmas! I really haven’t seen many Quantum Realm suit-inspired items for sale, especially for adults, so it will be a pleasant surprise for those who receive it!