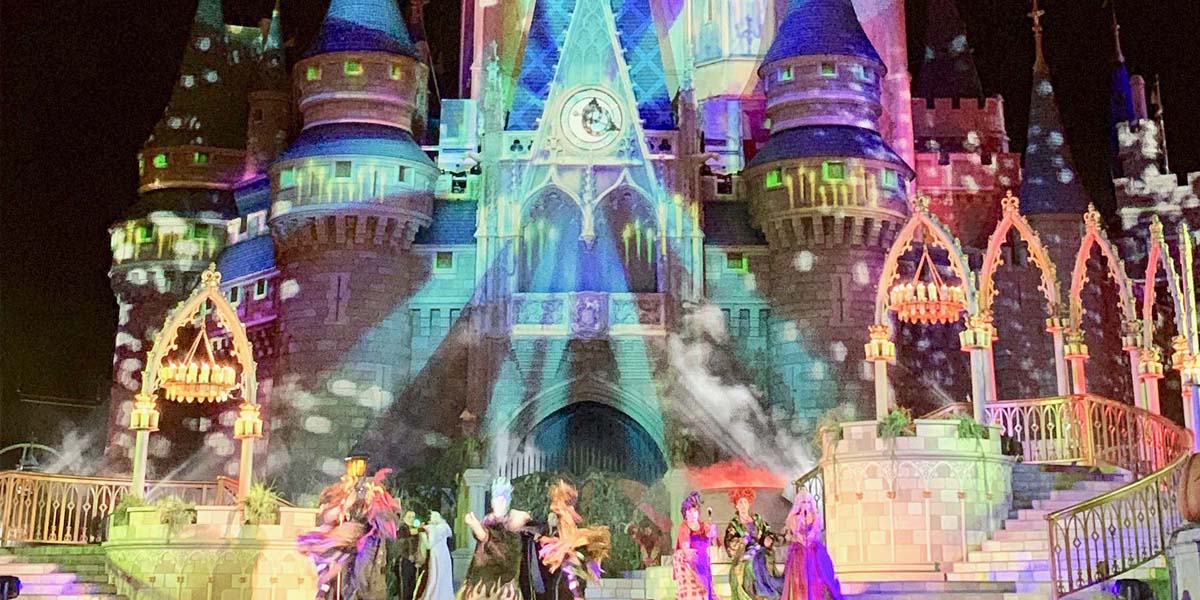 There’s no doubt about it, the Halloween season at Walt Disney World is MAGICAL.

Main Street is lined with fall leaves and Mickey pumpkins… it’s everything your Instagram feed could ever desire. 😉 But more than seasonal decor, fall at Walt Disney World also offers the chance to attend Mickey’s Not-So-Scary Halloween Party at Magic Kingdom, a special ticketed event that opens the park to only those at the event.

Since this was our first time visiting WDW during the fall season, we had never been to Mickey’s Halloween party, making us wonder — is it worth it to pay the extra money to attend? Or is the event only great for families with kids?

Here’s a look at our experience attending the event as adults and some tips for you to consider if you’re planning to attend! 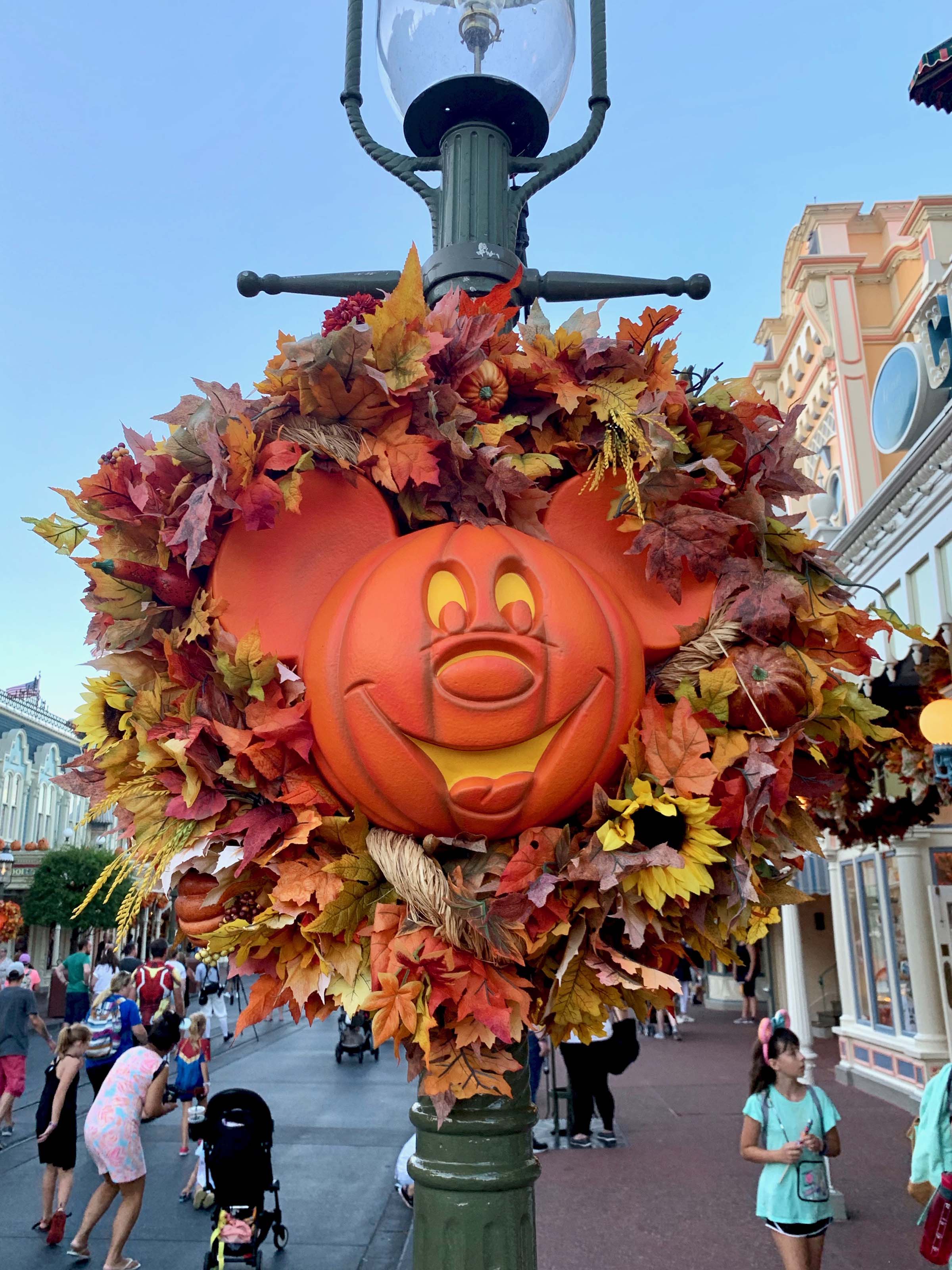 Is Mickey’s Not-So-Scary Halloween Party Worth It For Adults?

While the event sounded amazing, we wondered if it would be worth it for adults to attend since it is an additional cost. Yep, that’s right, even if you already have general admission tickets, you have to buy a special event ticket to attend Mickey’s Not-So-Scary Halloween Party.

While we weren’t sure if the extra cost ($85 per person for the day we were interested in) was worth it, in the end, we decided to give it a try! After all, you don’t get to spend every Halloween at Disney! 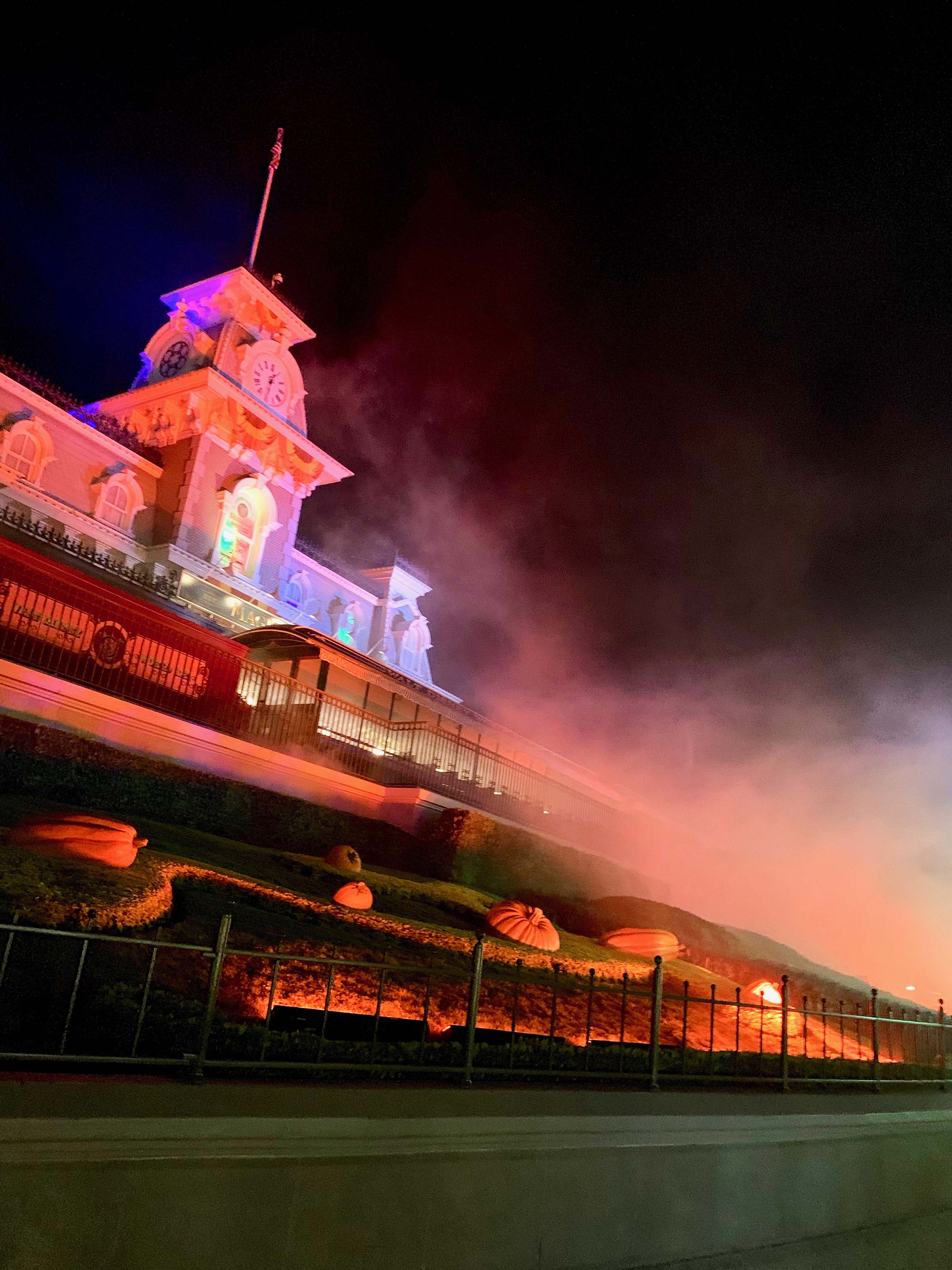 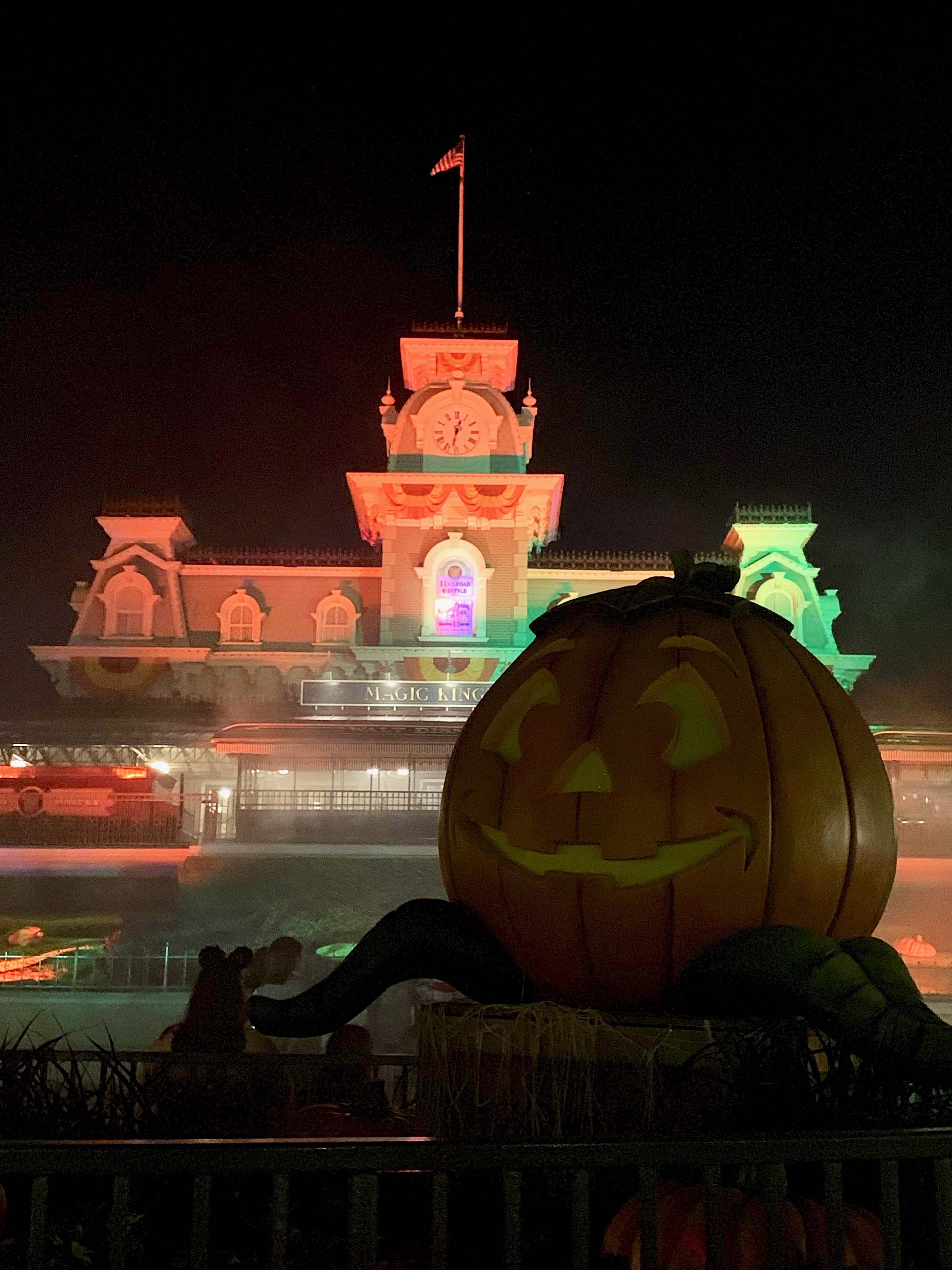 Adult Tip: Attend the Event Earlier in the Season, If Possible

Mickey’s Not-So-Scary Halloween Party runs from 7pm to midnight on select days between the end of August to Halloween. Since we were visiting earlier in the season at the beginning of September, we were hopeful that the crowds wouldn’t be as big as they would be closer to Halloween.

For the most part, the crowds were manageable. And for magic Kingdom, that can be saying something!

While this event is geared toward families, offering trick-or-treat stations throughout the park (think long lines waiting for handfuls of rather standard Halloween candy), there were also plenty of adults at the event, too.

As first timers, we did make a rookie mistake! You see, we didn’t want to miss anything since the event was only five hours, so we went in early at about 7:30.

That was our first mistake. If you’re headed to Mickey’s Not-So-Scary with a group adults, wait to enter the park until later in the evening when the initial rush of families (and strollers) entering has died down. At this point, the kids are mostly farther into the park (and not clogging up the main walkways trying to get candy). 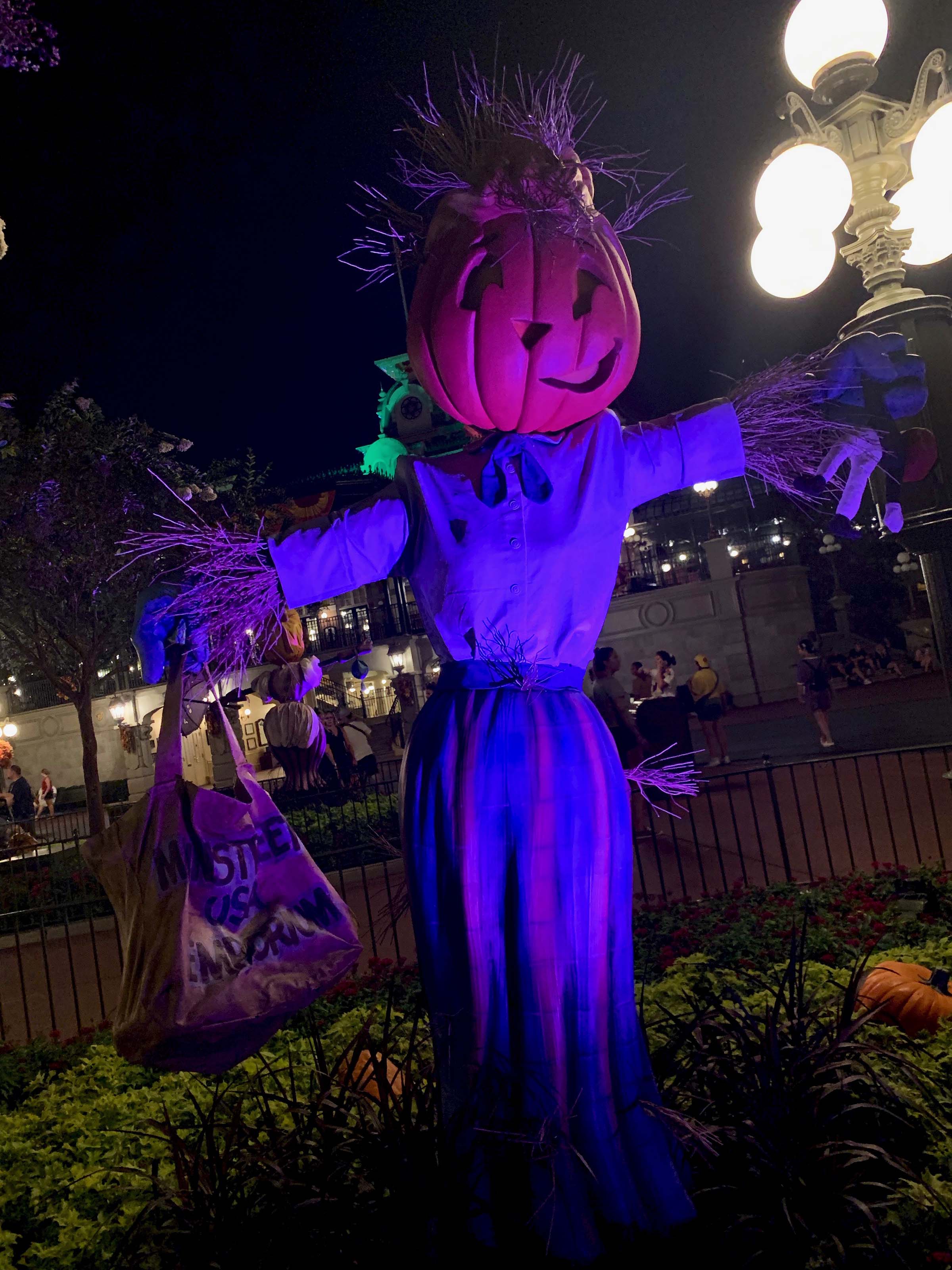 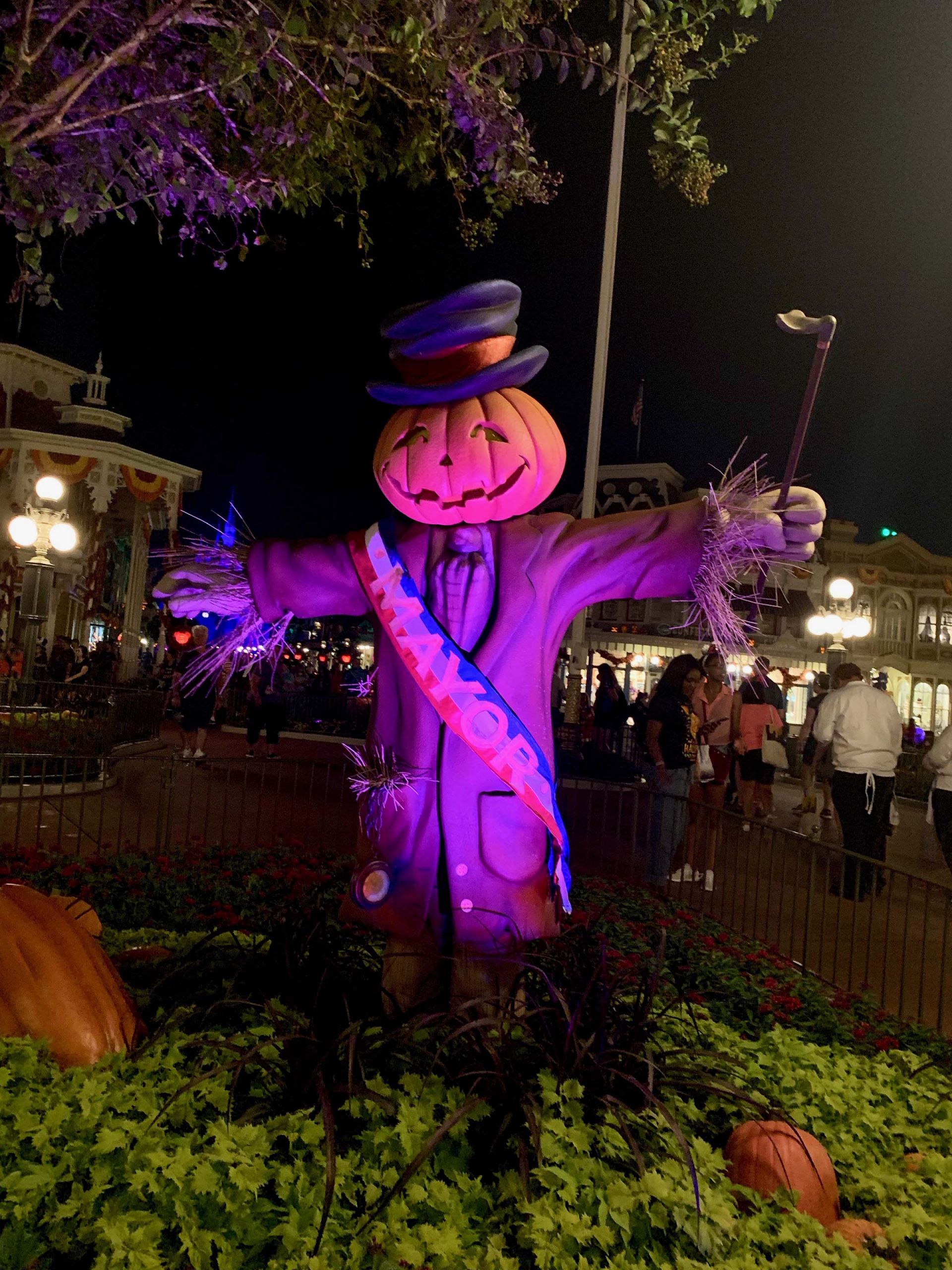 During Mickey’s Not-So-Scary Halloween Party, several of the Magic Kingdom attractions are modified for the event! This year, that meant that there were live actors throughout areas of The Pirates of the Caribbean ride (see photo below), a new, spooky soundtrack for Space Mountain (oh, and they turned out all of the lights so that the ride was in pitch black), and The Mad Tea Party got a new vibe.

On a regular day, Magic Kingdom attraction wait times can be intimidating (especially if you don’t have a FastPass). We were pleasantly surprised at the wait times during the Halloween Party, however! We rode everything we desired — The Seven Dwarfs Mine Train, Big Thunder Mountain Railroad, Space Mountain, Haunted Mansion, Pirates of the Caribbean, etc, and none of our wait times were more than 25 minutes. While I’m sure attraction times vary from day to day, we loved riding all of our favorites without the crowds!

Regardless if it’s a normal Magic Kingdom park day or Mickey’s Not-So-Scary Halloween Party, visibility for parades and firework shows can be intense. Yes, you can claim a front-row spot and wait two hours for the show to begin, but if we’re in the park, we’re usually making the most of every moment!

One plus for Mickey’s Not-So-Scary is that there are multiple showtimes for the Boo-To-You Halloween Parade and the Hocus Pocus Villain Spectacular show (only one main fireworks show, Disney’s Not-So-Spooky Spectacular, however). We were offered some great advice from a WDW cast member who saw us looking lost and intimidated by the crowds waiting to view the initial parade. She shared that the earlier show times are always way more crowded, especially with families with younger kids, and that if you wait until the later showings, it’s much easier to get a good spot (with less people around you, too).

When we heard that, we breathed a sigh of relief and went to take advantage of the short ride lines (since everyone else was watching the parade!). 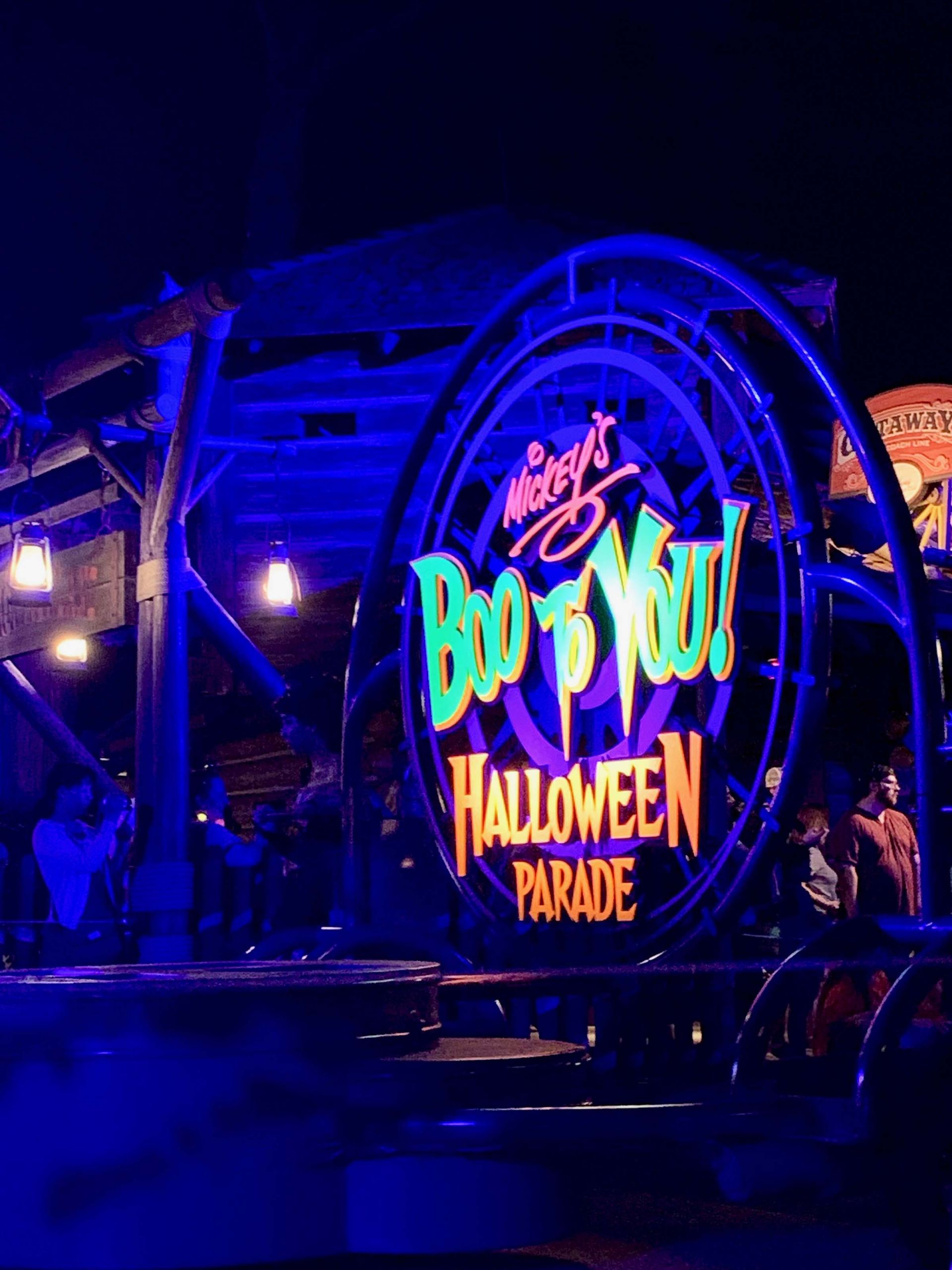 Adult Tip: The Hocus Pocus Show is a Must-See

Okay, maybe I’m biased on this, but the Hocus Pocus Villain Spectacular show was FANTASTIC. Seeing the Sanderson Sisters in the flesh was worth the cost of the extra admission itself.

And more than that, they called upon some of our favorite Disney villains, including Dr. Facilier, Maleficent, Oogie Boogie, Hades, Cruella de Vil, Jafar, the Evil Queen, Cinderella’s Stepmother, and Captain Hook.

I don’t want to give away too many details, but trust me when I say this was the highlight of the party for us! 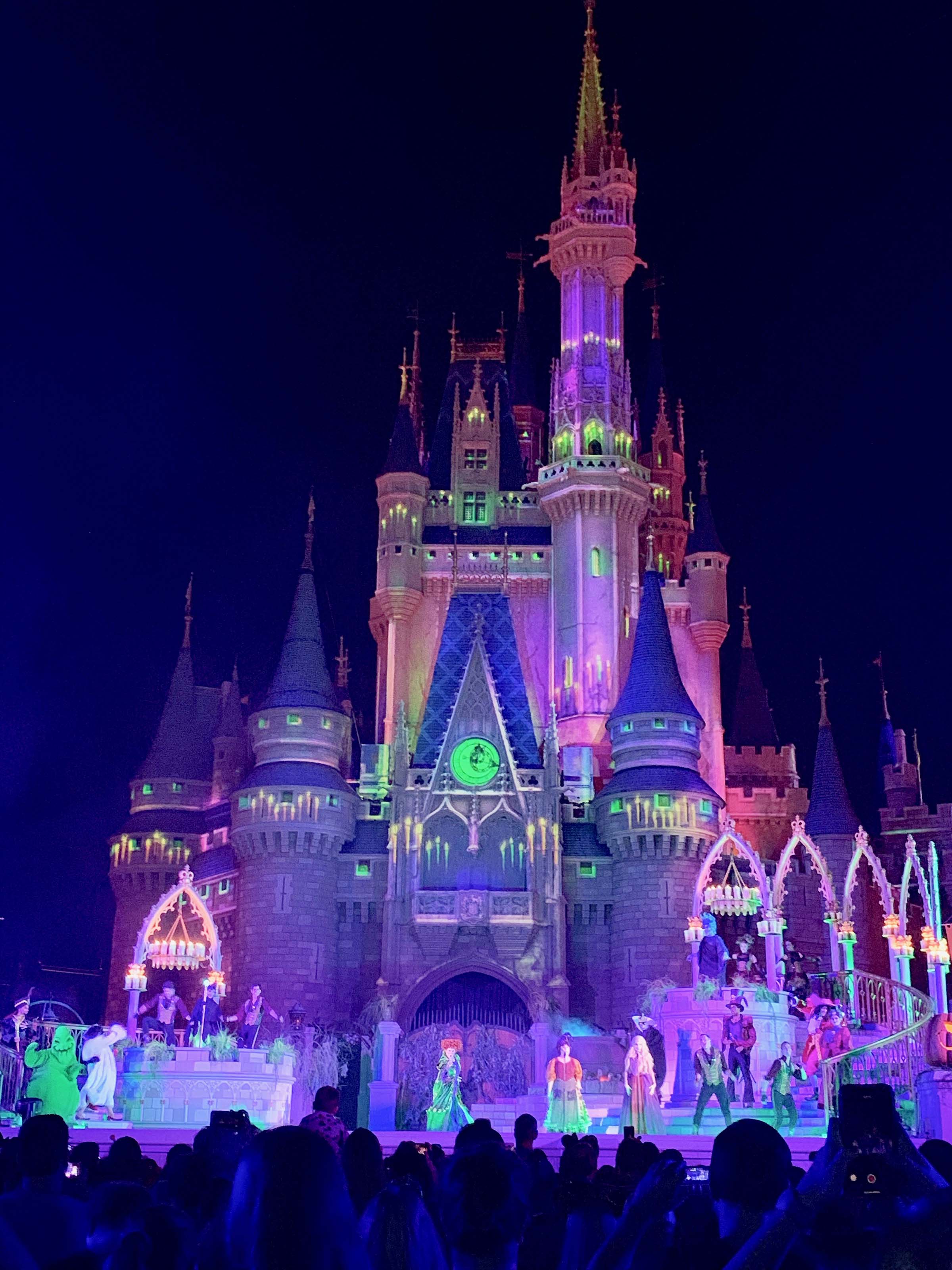 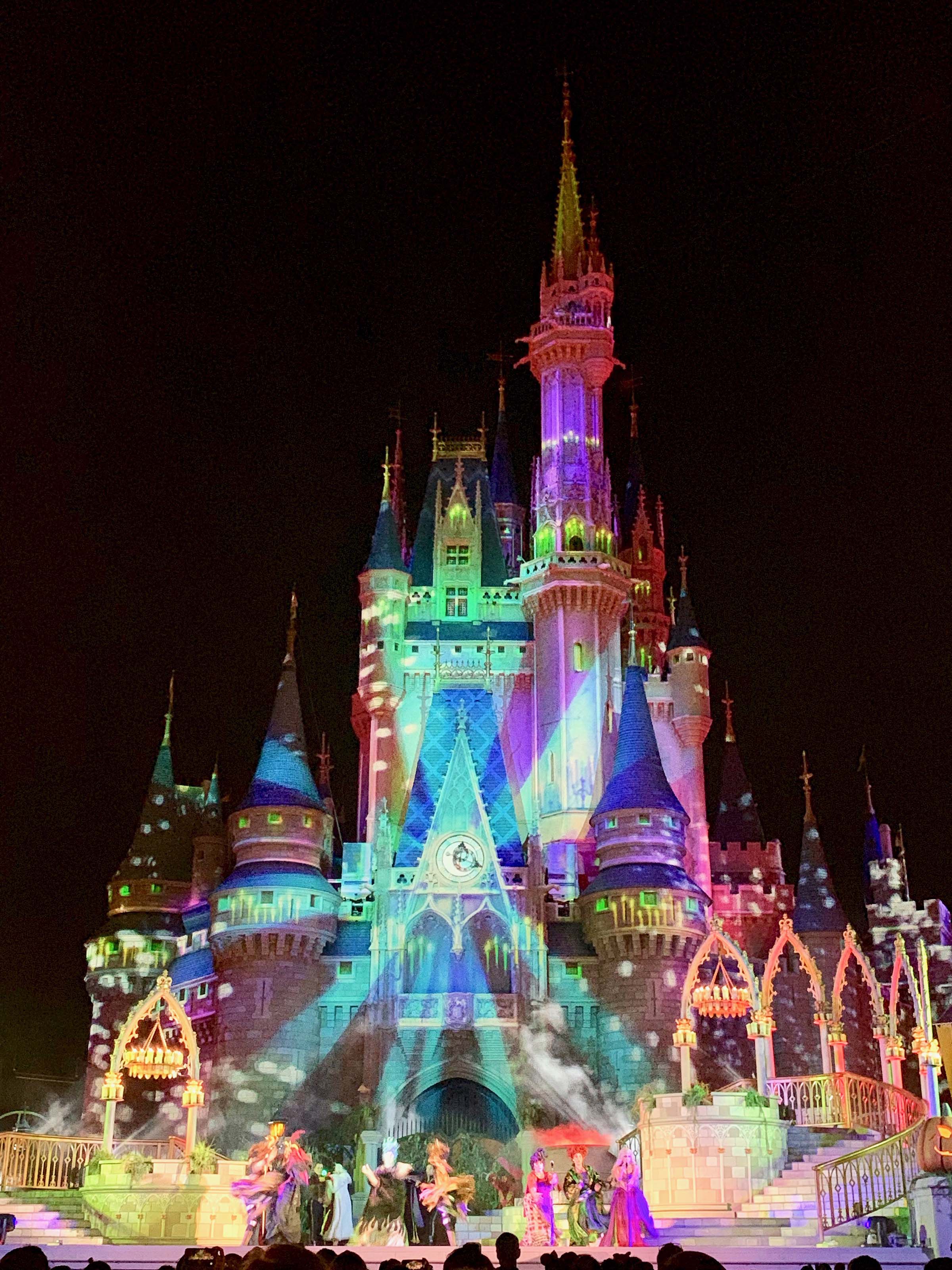 Okay, but is Mickey’s Not-So-Scary Halloween Party Worth It for Adults?!

My verdict — yes and no. 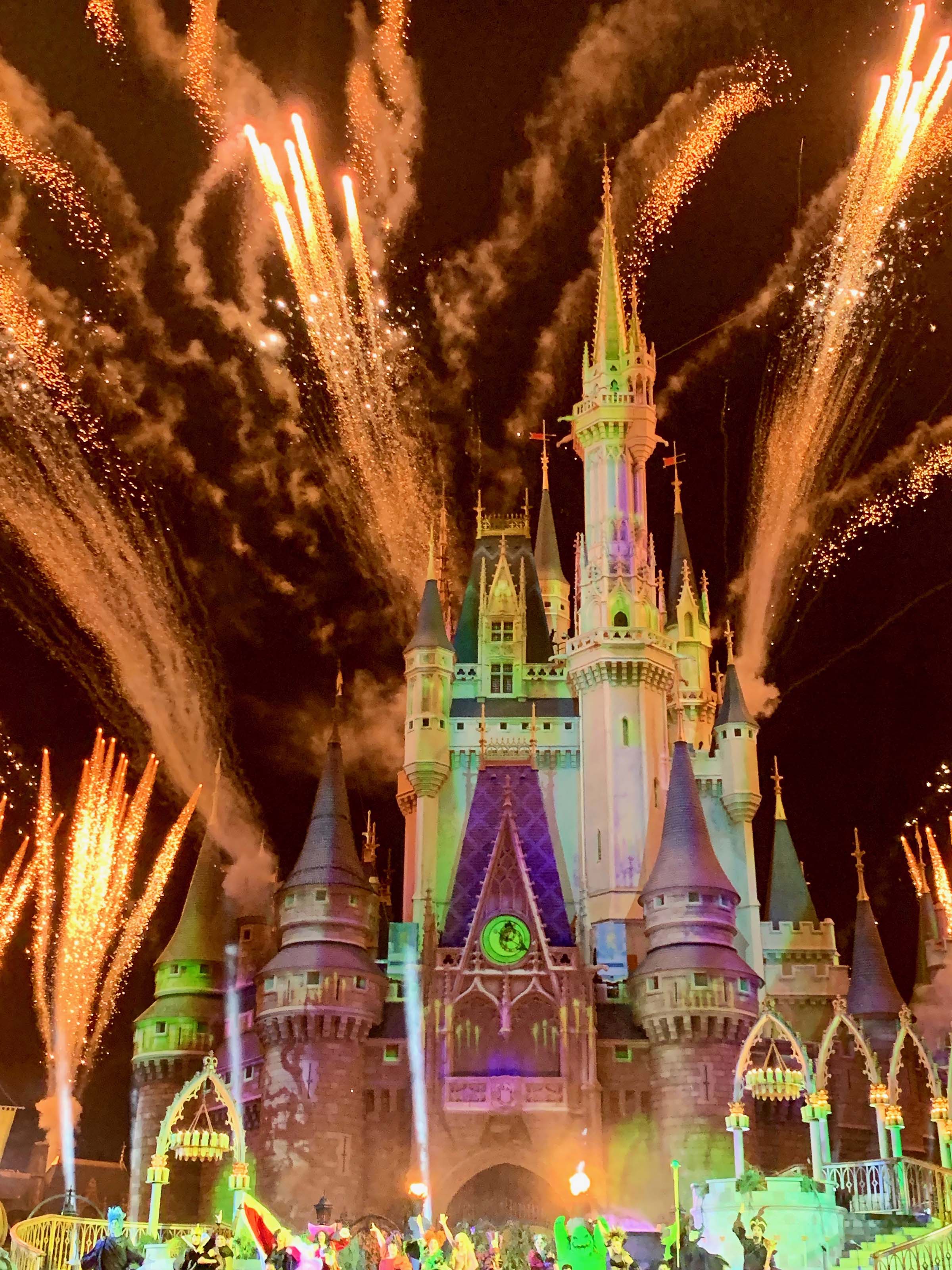 Have you ever attended Mickey’s Not-So-Scary Halloween Party? If, so what did YOU think of the event?

END_OF_DOCUMENT_TOKEN_TO_BE_REPLACED

INTERVIEW WITH SPONGEBOB (x2)! Ethan Slater and Tom Kenny on The SpongeBob Musical: Live on Stage!