Finally the MCU has broken the silence since Spider-Man: Far From Home this summer! This morning in the early hours, Marvel Studios released the first official trailer for the upcoming Black Widow film, set to release on May 1, 2020. 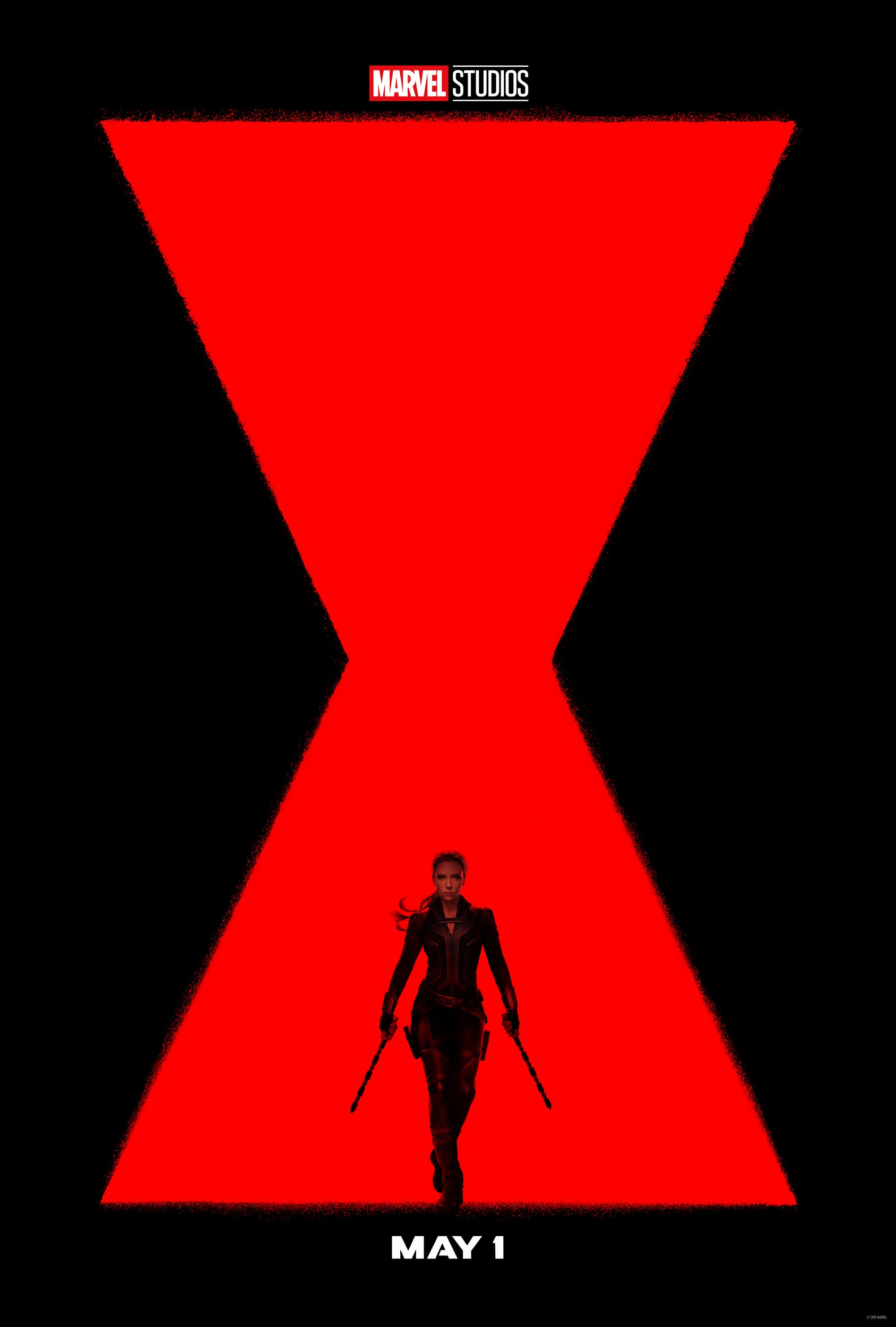 I cannot wait to see this film! Not only am I a die-hard Marvel Cinematic Universe (MCU) fan, but I’ve always wanted a Black Widow story. And Scarlett Johansson shows up with a fierceness that cannot be denied as her beloved character finally gets the spotlight she deserves.

Joining the cast is David Harbour as Alexei Shostakov aka Red Guardian, seen previously as Hopper in Stranger Things and as Hellboy, Rachel Weisz as Melina Vostokoff, known for her roles in The Mummy series (my favorite!), and Florence Pugh as Yelena Belova, previously seen in Midsommar and Fighting With My Family (any other WWE fans around?!).

Also seen in the trailer is General Thaddeus Ross played by William Hurt. Since Black Widow reportedly takes place following the events of Captain America: Civil War and prior to Avengers: Infinity War, it makes sense that Ross would be hot on Agent Romanoff’s trail.

Wherever this story takes us, I cannot wait to learn more about Natasha’s past and the many adventures she’s had that were not part of the main Avengers story line… thus far.

Your pain only makes you stronger. — Melina Vostokoff

Great plan. I love the part where I almost bled to death. — Yelena to Natasha

You just didn’t want your baby sister to tag along, whilst you saved the world with the cool kids. — Yelena // You weren’t really my sister. — Natasha // And the Avengers aren’t really your family. — Yelena

Why do you always do that thing? — Yelena // Do what? — Natasha // The thing you do when you’re fighting. This thing that you do when you whip your hair when you’re fighting with the arm and the hair. And you do, like, a fighting pose. It’s a fighting pose, you’re a total poser. — Yelena // I’m not a poster. — Natasha // Oh, come one. I mean, they’re great poses, but it does look like you think everyone’s looking at you, like, all the time. — Yelena // All that time that I spent posing, I was trying to actually do something good to make up for all the pain and suffering that we caused. Trying to be more than just a trained killer. — Natasha // Well, then you were fooling yourself because pain and suffering is every day and we are both still a trained killer. Except I’m not the one that’s on the cover of a magazine. I’m not the killer that little girls call their hero. — Yelena

To him we are just things. Weapons with no face that he can just throw away. Because there is always more. — Yelena about Dreykov

They destroyed my birth certificate, so I reinvented it. My parents still live in Ohio. My sister moved out west. — Yelena // Is that right? — Natasha // You’re a science teacher. You’re working part-time, though, especially after you had your son. Your husband, he renovates houses. — Yelena // That is not my story. — Natasha // What is your story? — Yelena // I never let myself be alone long enough to think about it. — Natasha

You’re gonna give me some big hero speech, I can feel it. — Yelena // Speeches aren’t really my thing. — Natasha

You know, this is the first piece of clothing I’ve ever bought for myself. — Yelena // That? — Natasha // Yeah. You don’t like it? — Yelena // Is that like a army surplus, or… — Natasha // Okay, it has a lot of pockets. But I use them all the time, and I made some  of my own modifications. — Yelena

I chose to go west to become an Avengers. ‘Cause they treated me like family. — Natasha // Really? Family? Well, where are they now? Where is that family now? — Alexei

Soviet Union’s first and only super soldier. I could have been more famous than Captain America. — Alexei (aka Red Guardian)

I only ever loved you girls. I did my best to make sure you would succeed to achieve your fullest potential, and everything worked out. — Alexei // Everything worked out? — Natasha // Yes. For you, yes. We accomplished our mission in Ohio. Yelena, you went on to become the greatest child assassin the world has ever known. No one can match your efficiency, you ruthlessness. And Natasha, not just a spy, not just toppling regimes, destroying empires from within, but an Avenger. You both have killed many people. Your ledgers must be dripping, just gushing red. I couldn’t be more proud of you. — Alexei

Are there any booby traps around here? Anything we need to know about? — Natasha // I didn’t raise my girls to fall in traps. — Melina // You didn’t raise us at all. — Natasha // Oh, maybe so. But if you got soft, it wasn’t on my watch. — Melina

Still fits. — Alexei, aka Red Guardian, about his suit

Family… back together again. — Alexei

You can’t defeat a man who commands the very will of others. — Melina

We have unfinished business. We have to go back to where it all started. One thing’s for sure, it’s going to be a hell of a reunion. — Natasha Romanoff

Before I was an Avenger, I made mistakes and a lot of enemies. — Natasha Romanoff

We have to go back to where it all started — so they never do that to anyone again. — Natasha Romanoff

We’re family. We fight with you. — Alexei Shostakov aka Red Guardian

At some point we all have to choose — between who the world wants you to be and who you are. I made my choice. I’m done running. — Natasha Romanoff 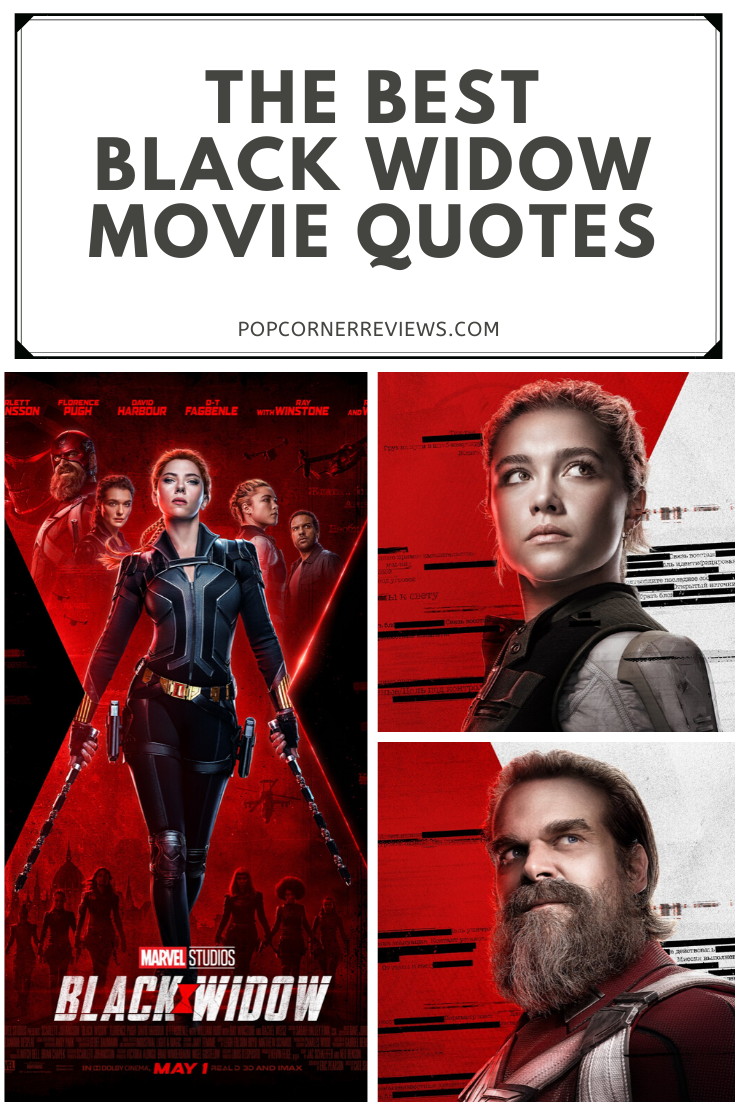