Lucasfilm and director J.J. Abrams have joined forces once again to take viewers on an epic journey to a galaxy
far, far away with Star Wars: The Rise of Skywalker, the riveting conclusion of the seminal Skywalker
saga, where new legends are born and the final battle for freedom takes place.

Star Wars: The Rise of Skywalker can now be streamed on Disney+!

Before the movie hit theaters in December 2019, I’ve counted down to The Rise of Skywalker with a Skywalker saga movie marathon and baked a TON of Star Wars recipes, including a Tatooine sunset cake, Queen Amidala cake, and more!

*warning – if you haven’t seen the movie, there are major spoilers below!* 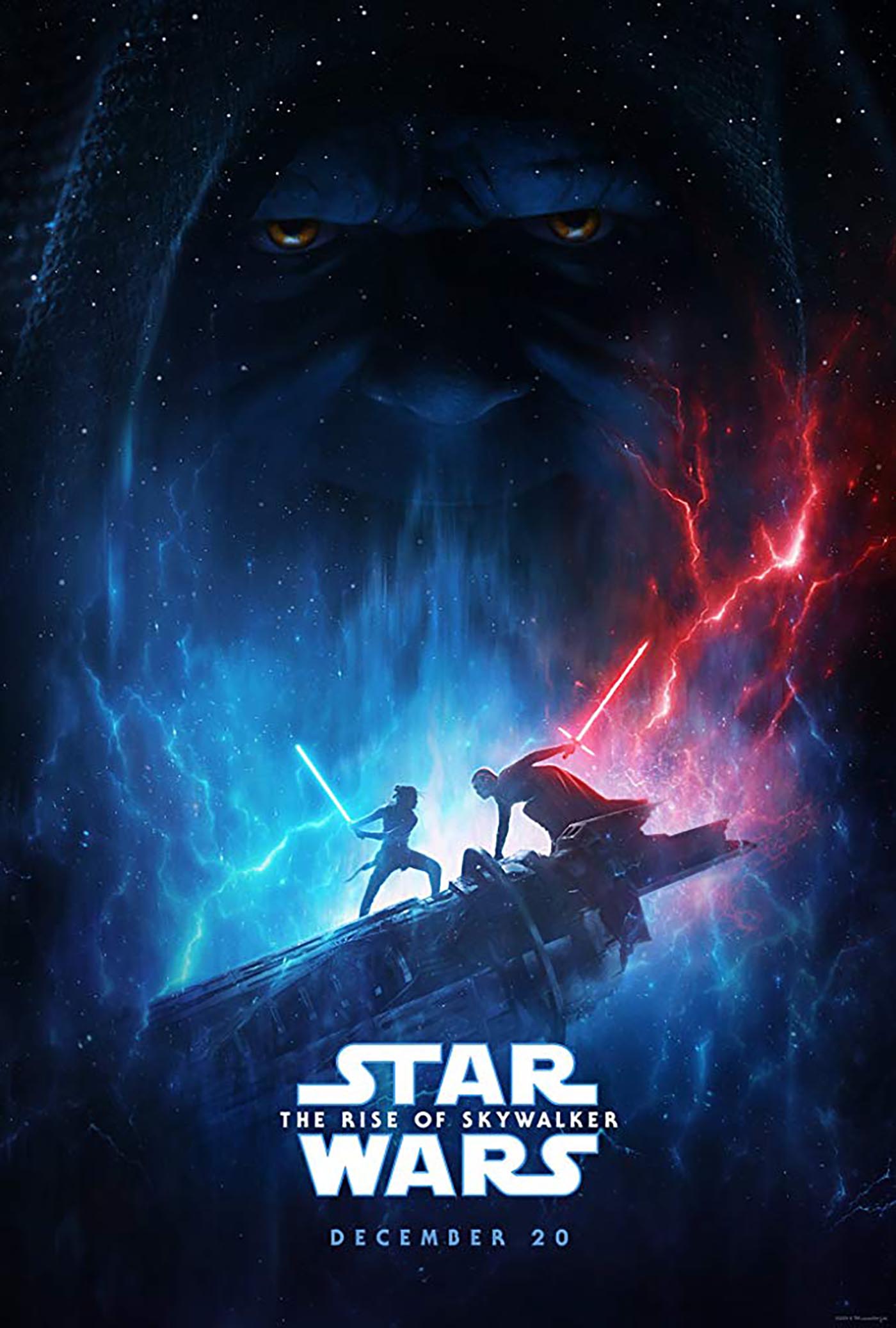 I have been every voice you have ever heard inside your head. — Palpatine 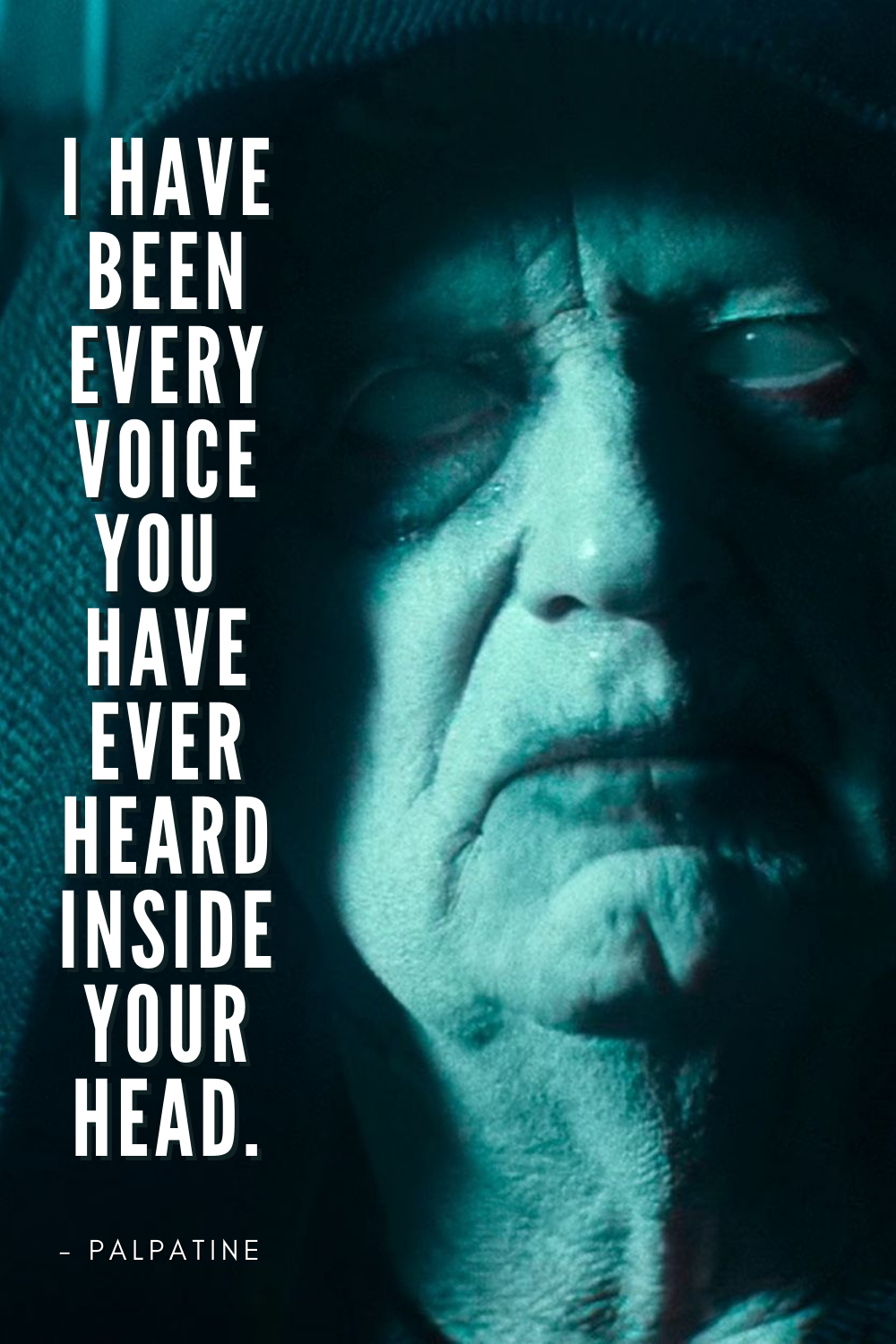 The dark side of the Force is a pathway to many abilities some consider to be unnatural. — Palpatine 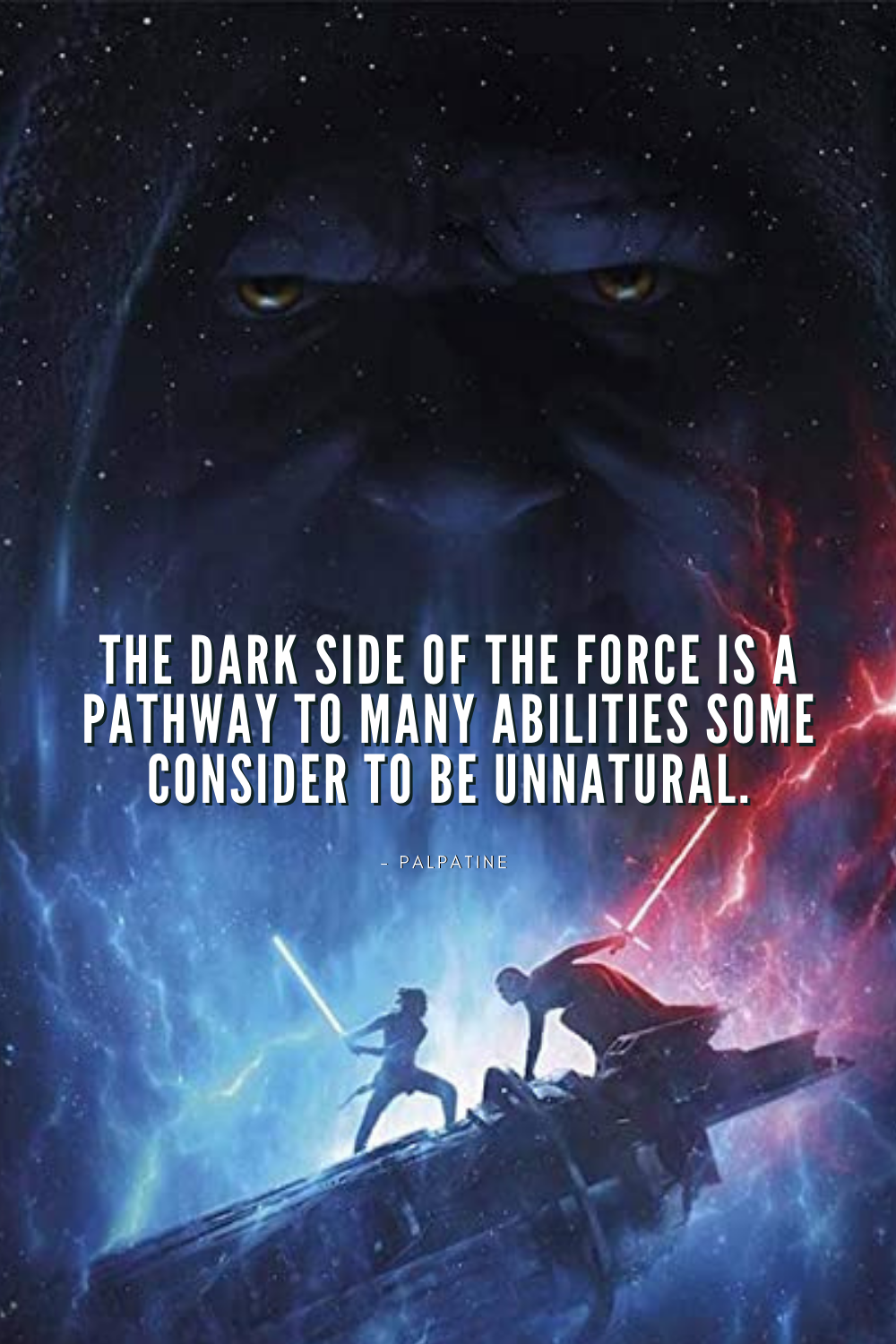 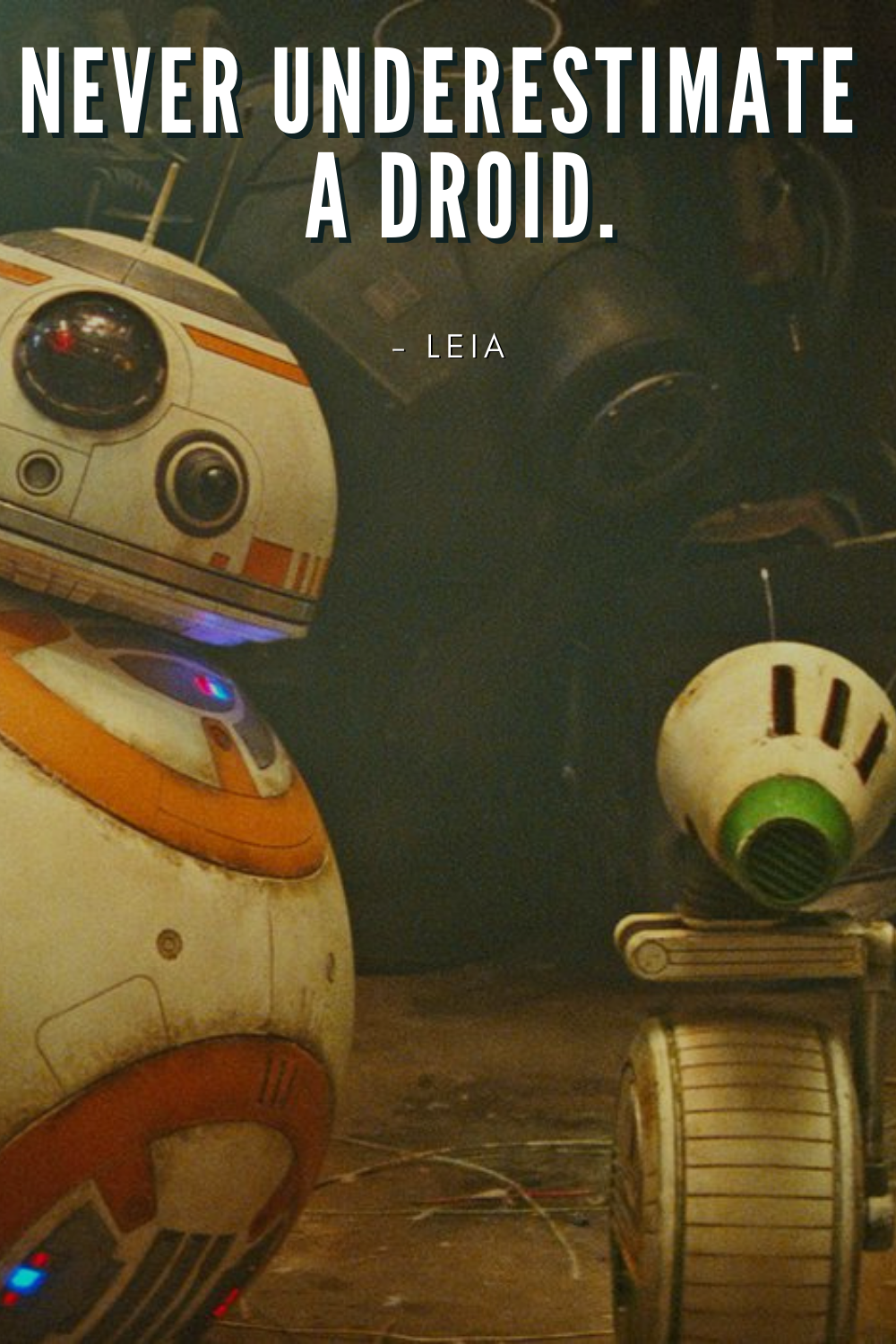 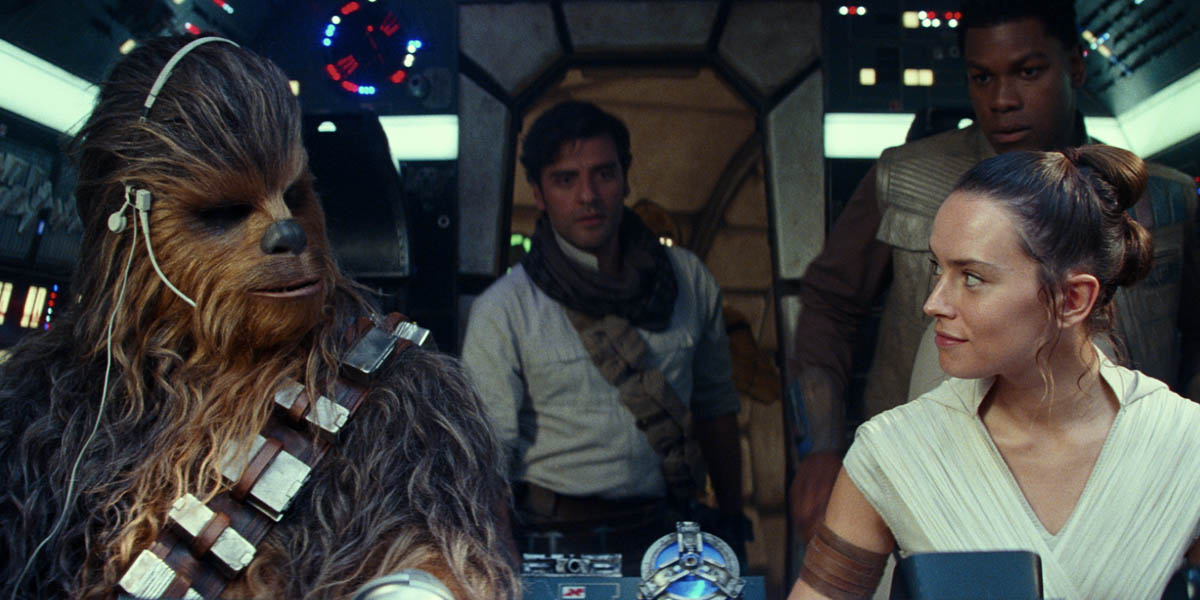 We’ve decoded the intel from the First Order spy and it confirms the worst. Somehow Palpatine returned. He’s been planning his revenge. His followers have been building something for years. The largest fleet the galaxy has ever known. He calls it the Final Order. — Poe

Exegol does not appear on any star chart. But legend describes it as the hidden world of the Sith. — C-3PO

Palpatine’s been out there all this time… pulling the strings. — Poe // Always. In the shadows. From the very beginning. — Leia

To stop what we both know is coming… I need to finish what Luke started. — Rey

Rey, never be afraid of who you are. — Leia 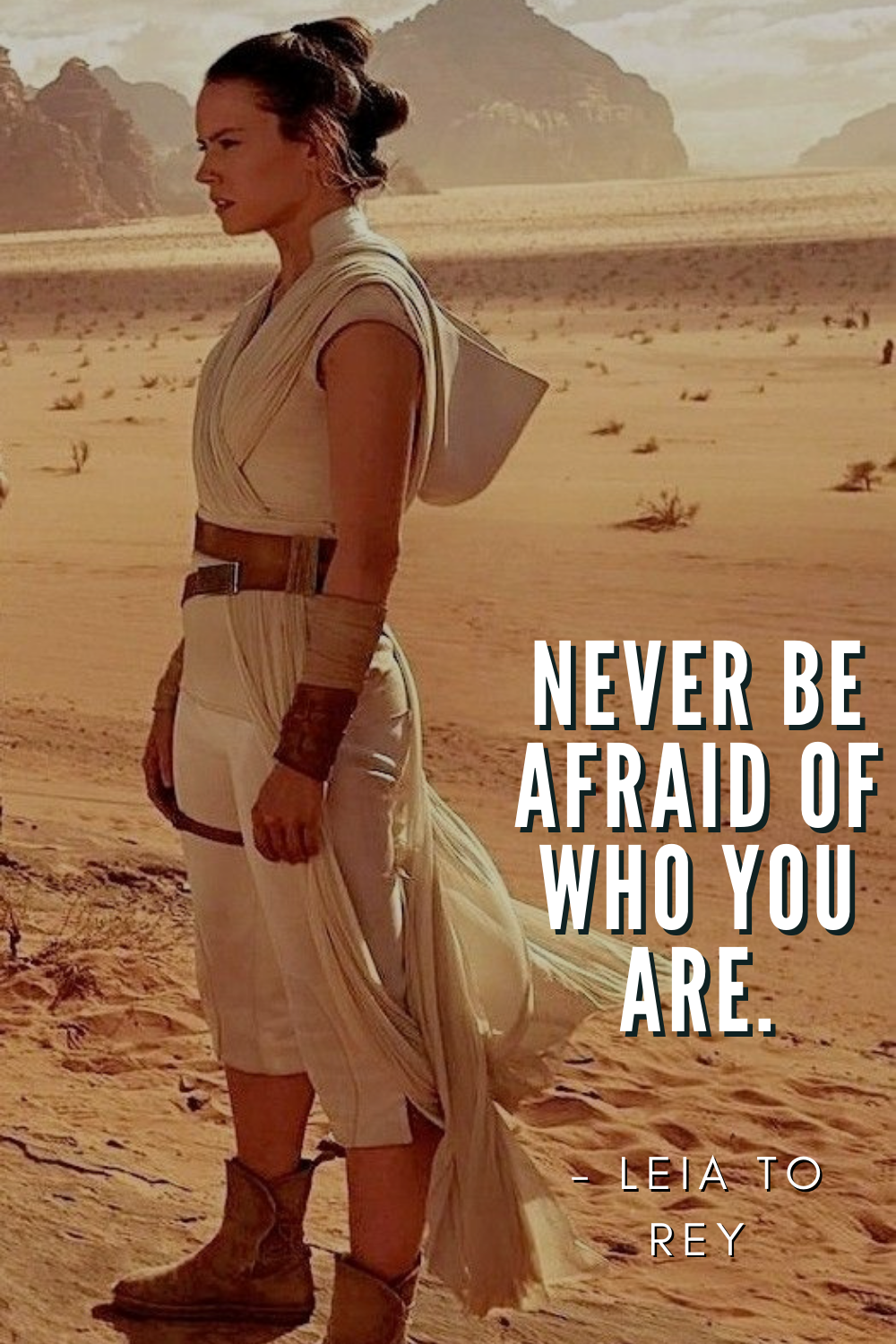 Prepare to crush any worlds that defy us. My knights and I are going hunting for the scavenger. — Kylo Ren

The Aki-Aki Festival of the Ancestors. This celebration occurs only once every 42 years. — C-3PO // Well, that’s lucky. — Finn // Lucky indeed. This festival is known for both its colorful kites and its delectable sweets. — C-3PO

Do you still count the days since your parents left? Such pain in you. Such anger. I don’t wanna have to kill you. I’m going to find you and I’m going to turn you to the dark side. When I offer you my hand again… you’ll take it. — Kylo Ren // We’ll see. — Rey 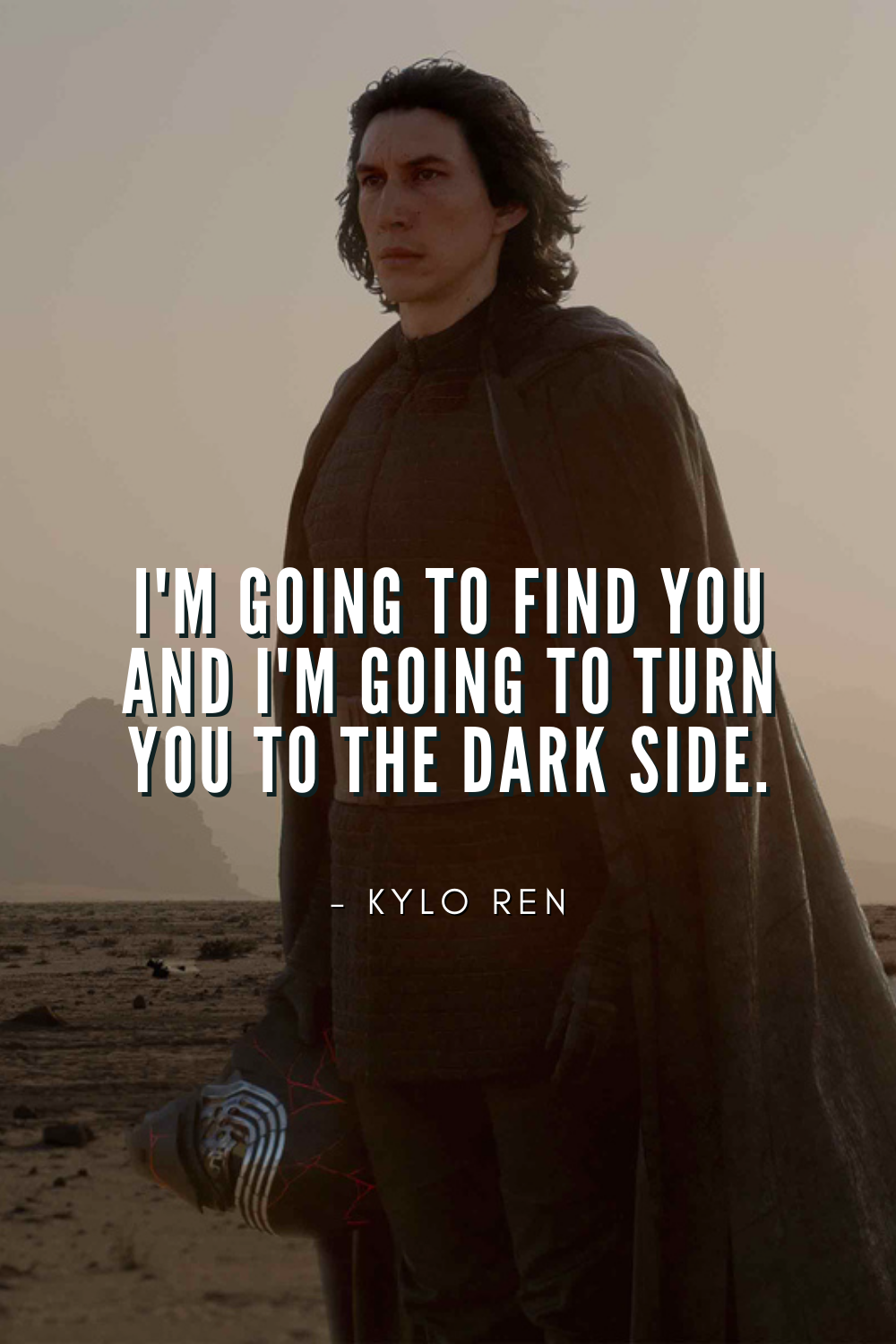 Wookiees stand out in a crowd. — Lando

I got a bad feeling about this. — Lando

This isn’t the afterlife, is it? Are droids allowed here? — C-3PO

You know the odds better than any of us. Do we have a choice? — Rey // If this mission fails, it was all for nothing. All we’ve done, all this time. — C-3PO

They win by making you think you’re alone. There’s more of us. — Zorii 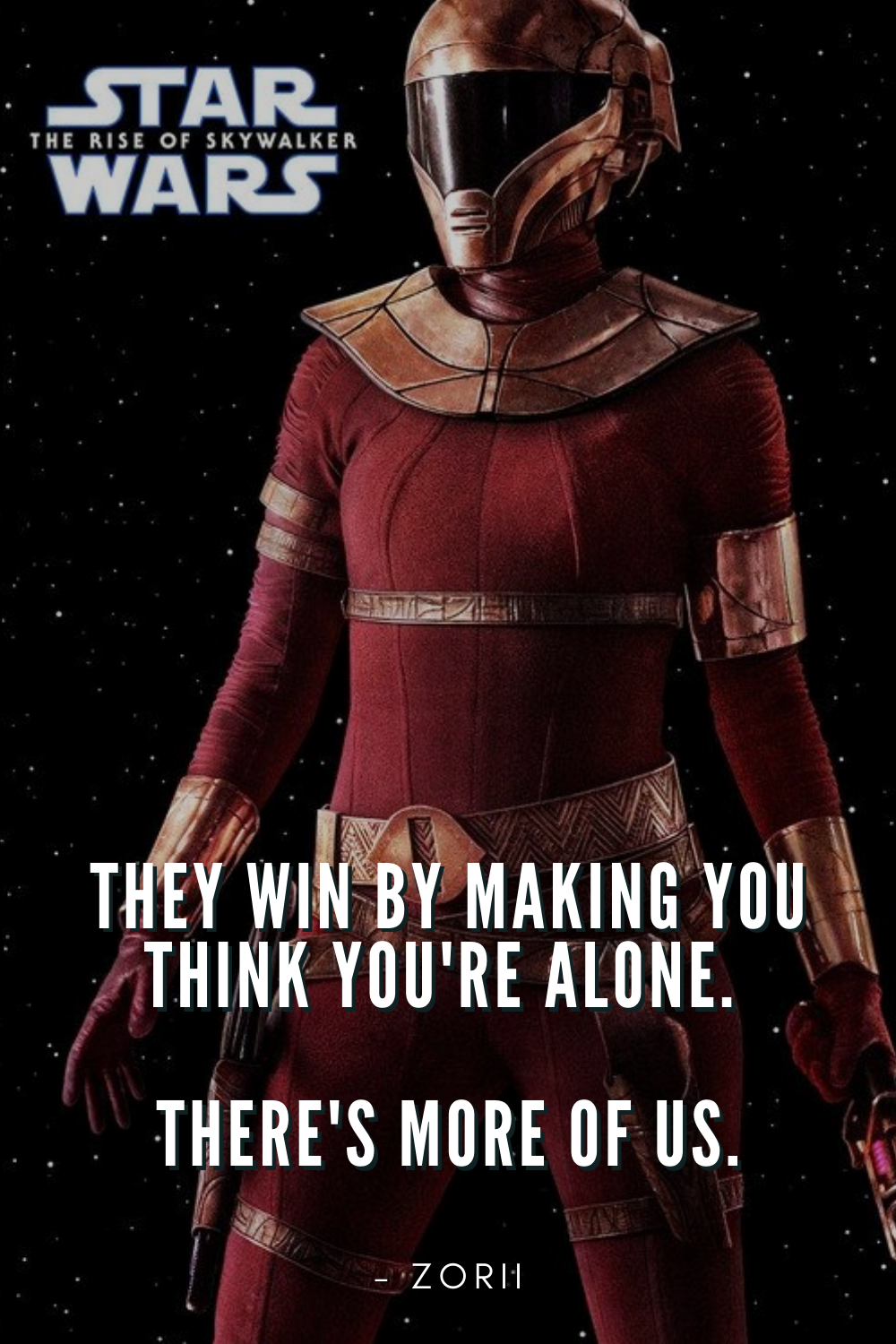 You parents were no one. They chose to be. To keep you safe. You remember more than you say. I’ve been in your head. Search your memories. — Kylo Ren to Rey

There she is. She’s a survivor. — Poe about the Falcon

Why did the Emperor come for me? Why did he want to kill a child? Tell me. — Rey // Because he saw what you would become. You don’t just have power. You have his power. you’re his granddaughter. You are a Palpatine. — Kylo Ren

My mother was the daughter of Vader. Your father was the son of the Emperor. What Palpatine doesn’t know is we’re a dyad in the Force, Rey. Two that are one. We’ll kill him together and take the throne. You know what you need to do. You know. — Kylo Ren // I do. — Rey 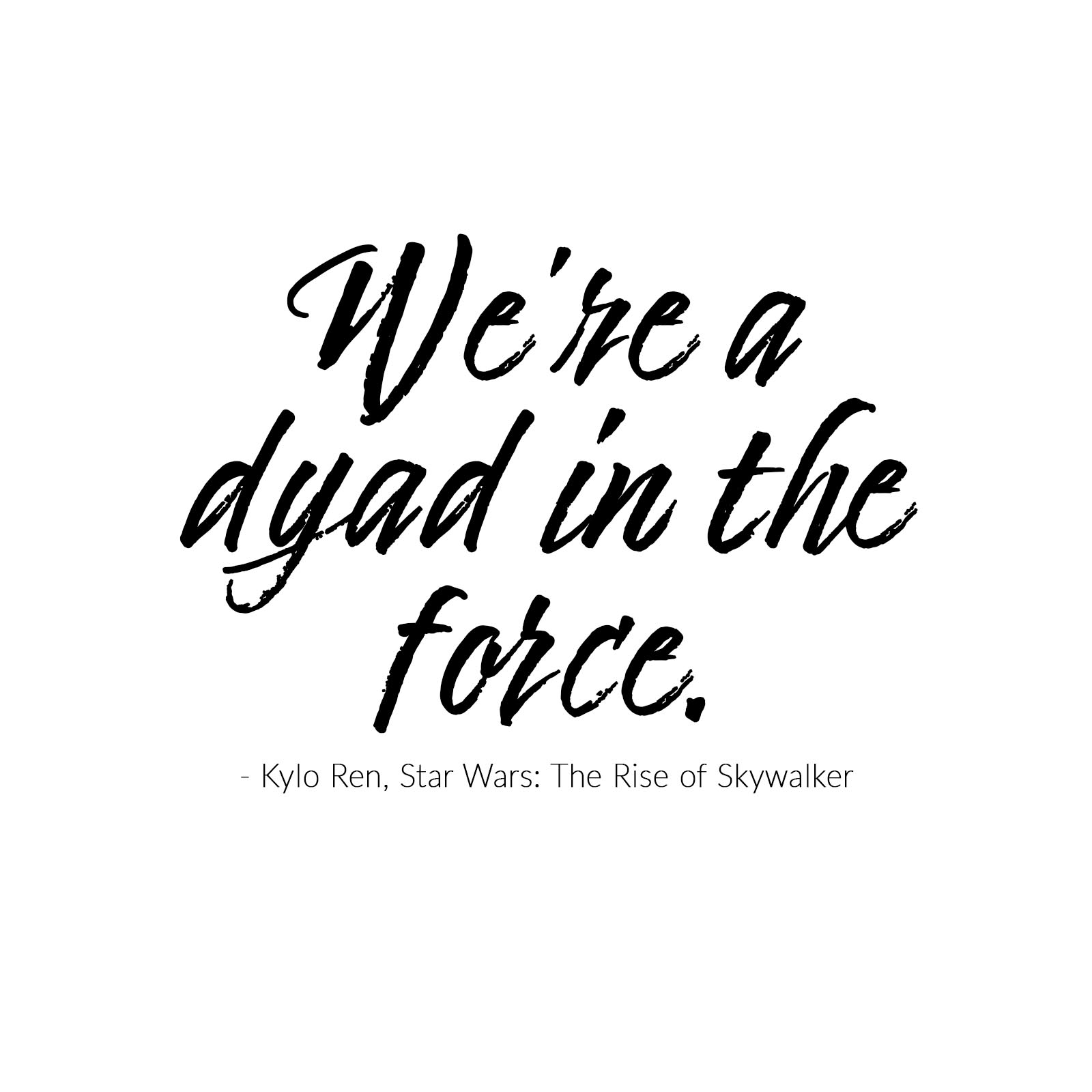 People keep telling me they know me. I’m afraid no one does. — Rey

The force brought me here. — Finn

Look at yourself. You wanted to prove to my mother that you were a Jedi, but you’ve proven something else. You can’t go back to her now. Like I can’t. — Kylo Ren to Rey

The dark side is in our nature. Surrender to it. — Kylo Ren to Rey 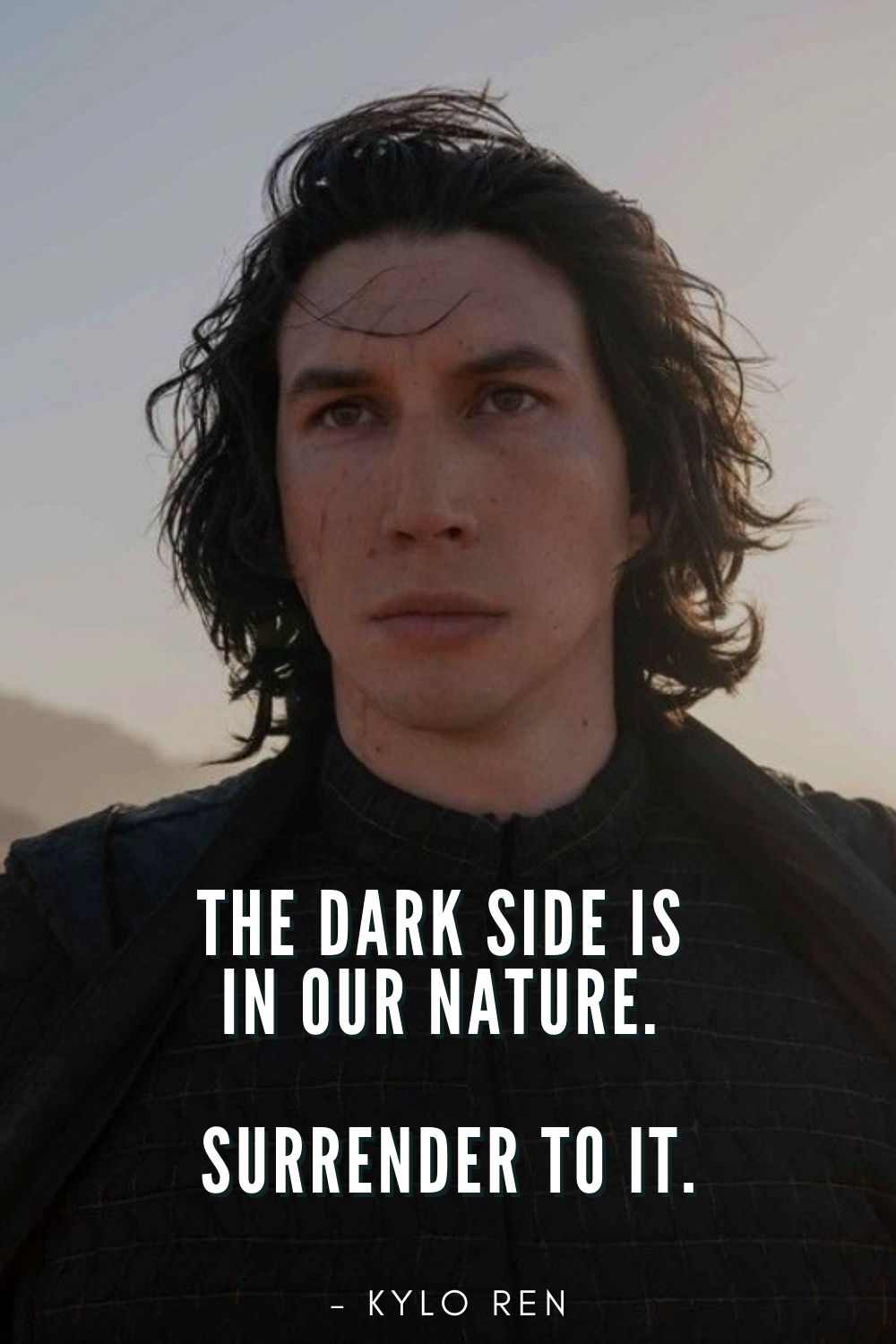 I did want to take your hand. Ben’s hand. — Rey to Kylo Ren

The resistance is dead. The Sith flame will burn. All worlds, surrender or die. The Final Order begins. — Palpatine

How’d you do it? Defeat an empire with almost nothing? — Poe // We had each other. That’s how we won. — Lando 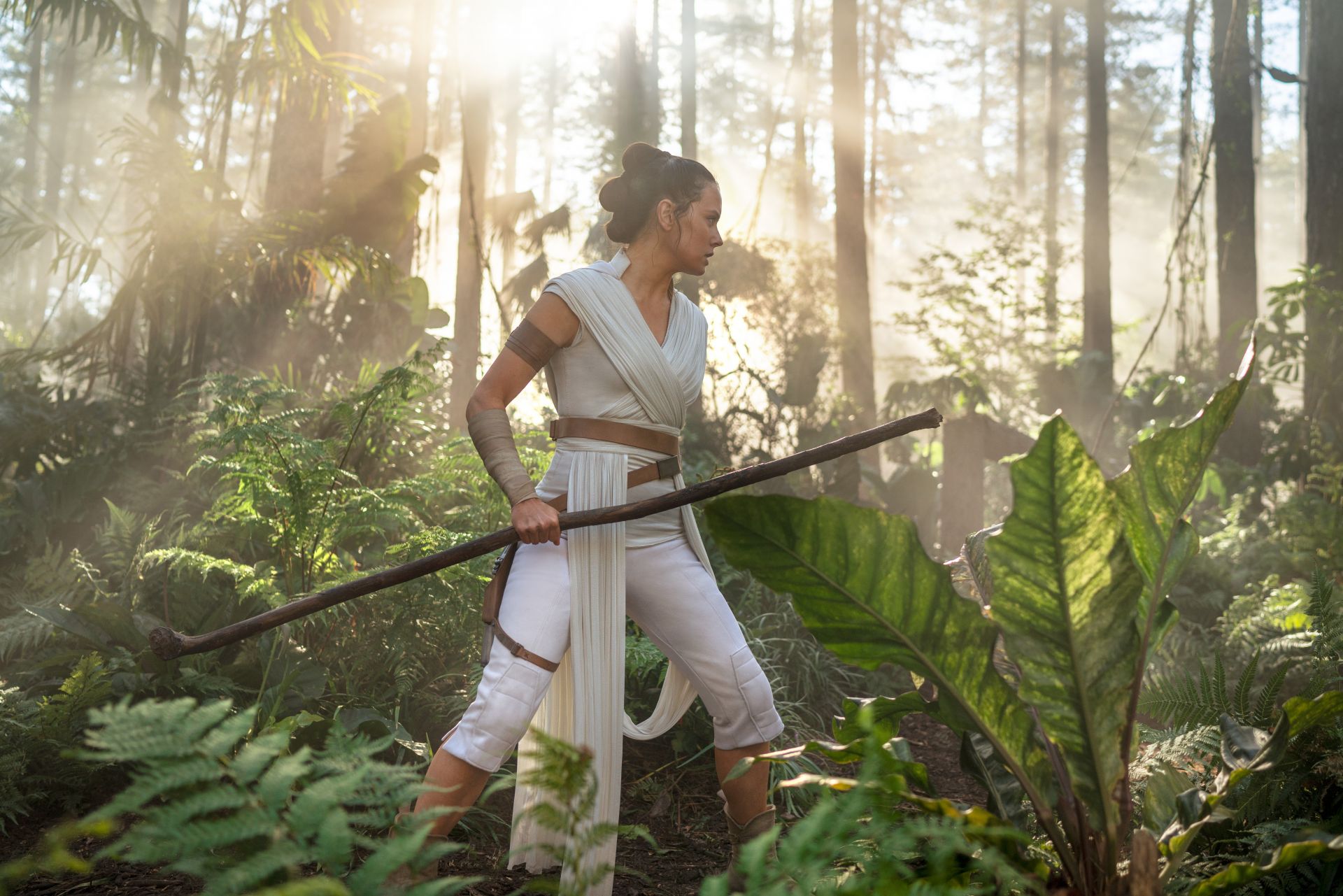 Some things are stronger than blood. Confronting fear is the destiny of a Jedi. Your destiny. If you don’t face Palpatine, it will mean the end of the Jedi. And the war will be lost. — Luke to Rey

A thousand generations live in you now. But this is your fight. — Luke to Rey

We’ve got friends out there. They’ll come if they know there’s hope. They will. Firs Order wins by making us think we’re alone. We’re not alone. Good people will fight if we lead them. — Poe

Long have I waited. For my grandchild to come home. I never wanted you dead. I wanted you here… Empress Palpatine. You will take the throne. It is your birthright to rule here. It is in your blood. our blood. — Palpatine // I haven’t come to led the Sith. I have come to end them. — Rey

Your hatred, your anger — you want to kill me. That is what I want. Kill me.. and my spirit will pass into you. As all the Sith live in me, you will be Empress, we will be one. — Palpatine to Rey

The time has come! With your hatred, you will take my life. And you will ascend. — Palpatine // All you want is for me to hate, but I won’t. Not even you. — Rey

She will draw her weapon. She will come to me. She will take her revenge. And with a stroke of her saber, the Sith are reborn. The Jedi are dead! Do it! Make the sacrifice. — Palpatine

Stand together, die together. — Palpatine to Rey and Ben

The lifeforce of your bond — a dyad in the Force. A power like life itself. Unseen for generations. And now, the power of two restores the one, true Emperor. — Palpatine

As once I fell, so falls the last Skywalker. — Palpatine to Ben 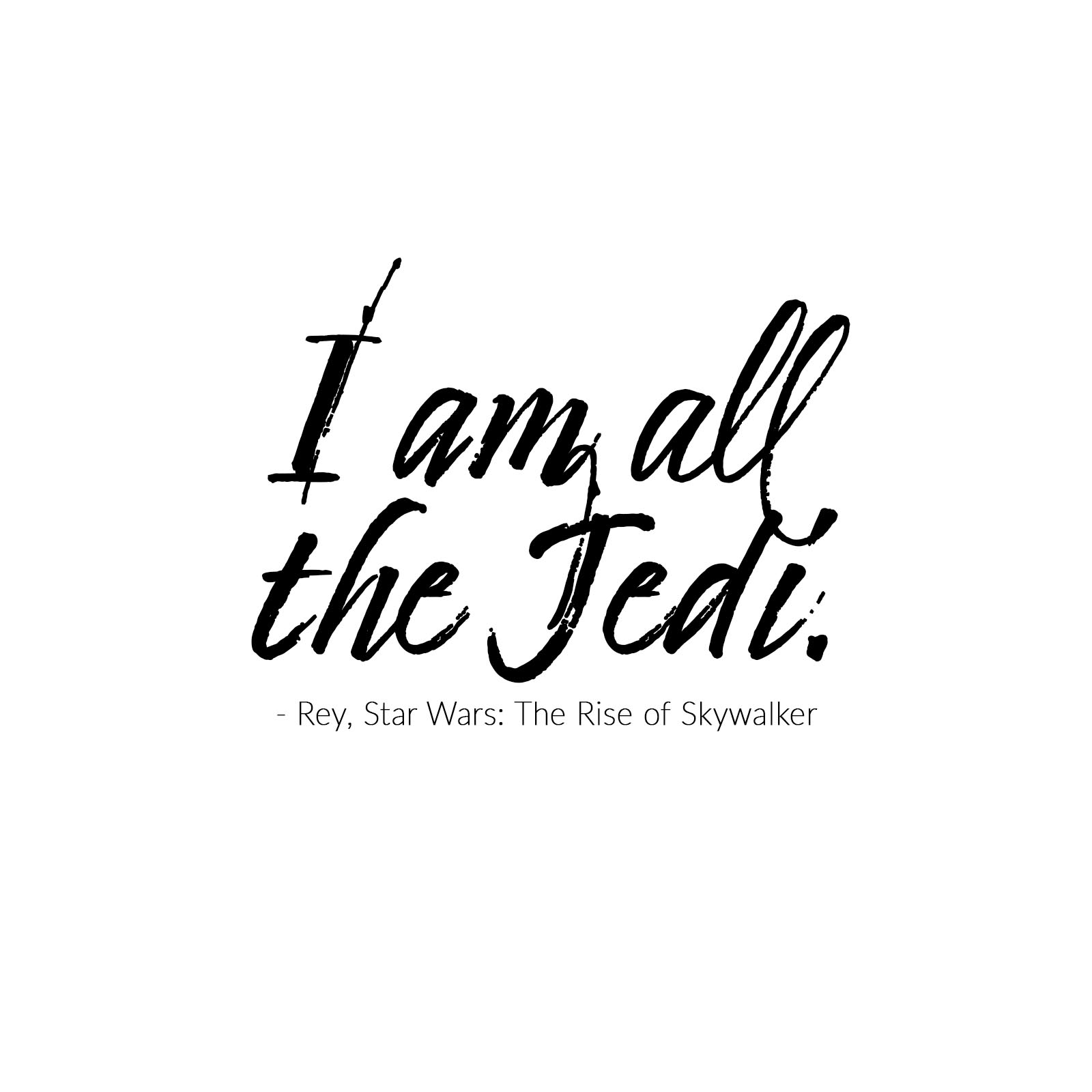 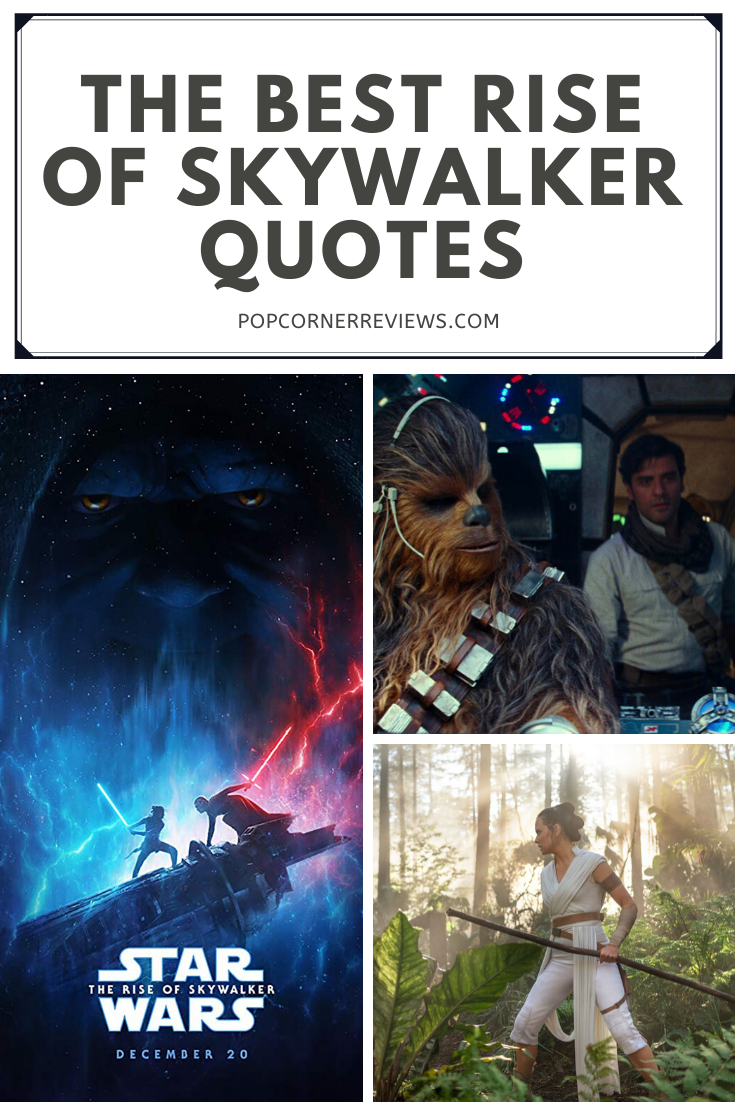