Looking for a family-friendly film to see over the holiday break? Spies in Disguise is an animated action-comedy about an unlikely team up to save the world that will have the entire family laughing (and potentially shedding a tear or two).

Featuring the vocal talent of the suave Will Smith and the always-likable Tom Holland, Spies in Disguise puts a new spin on the typical spy movie, because, hey, “the world needs weird.” 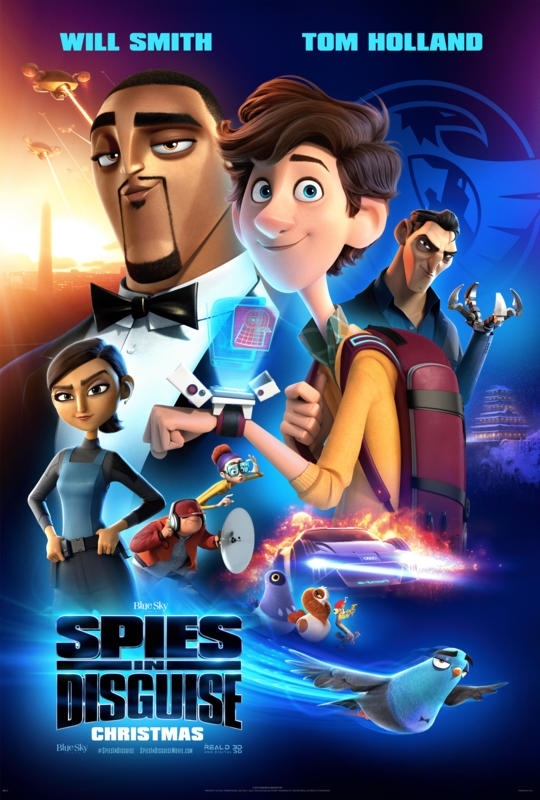 Last month while I was attending The Geekly Retreat in LA, I had the opportunity to be part of the VERY FIRST audience to see Spies in Disguise and even got to meet the directors, Nick Bruno and Troy Quane.

KEEP AN EYE OUT — Both directors make a cameo in the film! Watch for them as the fanboys who fist bump Lance Sterling in the Agency lobby at the beginning of the movie. 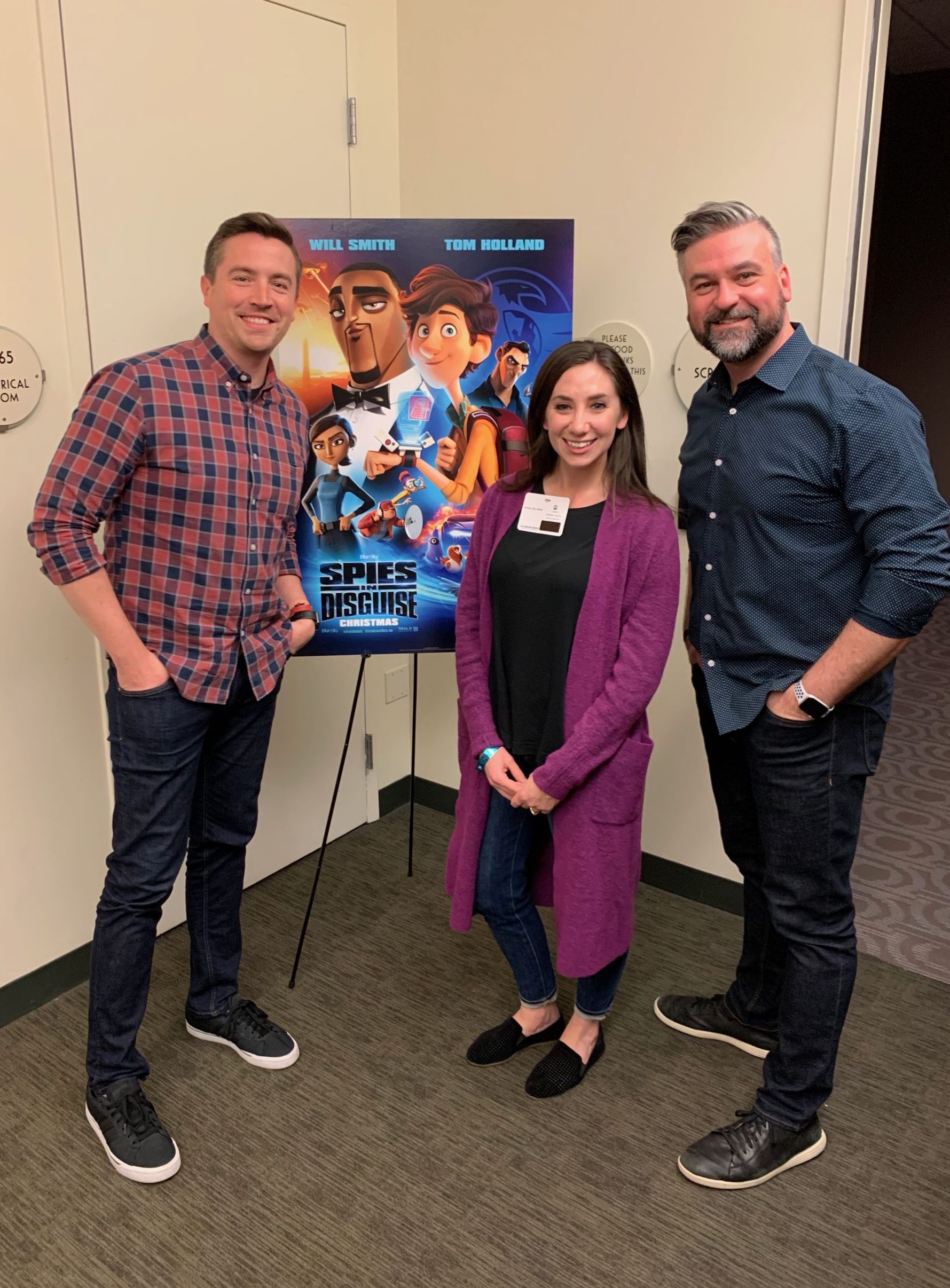 After learning that both Will Smith and Tom Holland were leading the voice talent for the film, I knew that I would enjoy watching Spies in Disguise, but I was still surprised at how much I liked it! Yes, Will Smith may not be his suave self the whole time, after all, he does turn into a pigeon, but there are some major LOL moments.

This past weekend back home in Pittsburgh, I had the opportunity to see Spies in the Disguise a second time with my husband at an early press screening. I kid you not, the entire theater was laughing, and the kids in the theater loved it.

While there is plenty of slapstick humor to go around in this film, Spies in Disguise has a lovely message on the importance of team work and that it’s okay to embrace your “weird.”

Is Spies in Disguise part of your holiday plans? Read on for why I think it should be, and I promise, no plot spoilers!

If you’re a James Bond fan, you’ll love spotting all of the similarities and spoofs, including a kaleidoscope-like opening credits scene. Throughout the movie you’ll spot some fancy tech — self-driving cars with hidden features, a headquarters located right below the public’s eye (with definite MIB vibes), and pens and watches that are more than meets the eye.

But wait, there’s more, after all, Walter Beckett did graduate MIT at age 15 with some one-of-a-kind ideas…

Yes, you read that right. Walter is “Jeopardy smart,” but he’s not a traditional agency employee. While Lance Sterling may “fight fire with fire,” Walter would rather try saving the world with a hug… That’s where the kitty glitter and serotonin come in.

From a young age, Walter loved inventing unique devices to help keep his police officer mother safe. And while some might see his inventions and passion as weird, his mom inspired him to embrace his uniqueness, because “the world needs weird.”

A Lesson in Teamwork

When Lance finds himself in need of a place to lay low, he must join forces with an unlikely ally, Walter Beckett, that not-so-cool kid from the agency. And while Walter did say he could make Lance disappear — *said in a drawn out voice* (you’ll know when you see it) — becoming a pigeon is the last thing Lance had in mind.

Used to flying solo — no pun intended — Lance must fight against his nature of being an independent act and learn to embrace the flock, err, team, picking up some valuable lessons on teamwork along the way.

Spies in Disguise has an AMAZING cast! Will Smith and Tom Holland star in the film as Lance Sterling and Walter Beckett (respectively), but there are so many voices you’ll recognize. Within the agency, you’ll hear Reba McEntire as the voice of Joy Jenkins, as well as Rashida Jones (Parks and Recreation) as Marcy Kappel, Karen Gillan (Jumanji, Guardians of the Galaxy) as Eyes, and DJ Khaled as Ears. And voicing the menacing adversary, Ben Mendelsohn (Bloodline, Captain Marvel, Rogue One) plays Killian.

About Spies in Disguise

Super spy Lance Sterling (Will Smith) and scientist Walter Beckett (Tom Holland) are almost exact opposites. Lance is smooth, suave and debonair. Walter is … not. But when events take an unexpected turn, this unlikely duo are forced to team up for the ultimate mission that will require an almost impossible disguise – transforming Lance into the brave, fierce, majestic… pigeon. Walter and Lance suddenly have to work as a team, or the whole world is in peril.

Spies in Disguise flies into theaters on Christmas Day.