Fourth of July is just a few days away which means it’s time to dust off our favorite quotes from the star-spangled man with the plan!

While there are a TON of amazing quotes from the MCU, Steve Rogers, aka Captain America, always has the best, and most compelling, quotes.

The Best Quotes from Steve Rogers aka Captain America 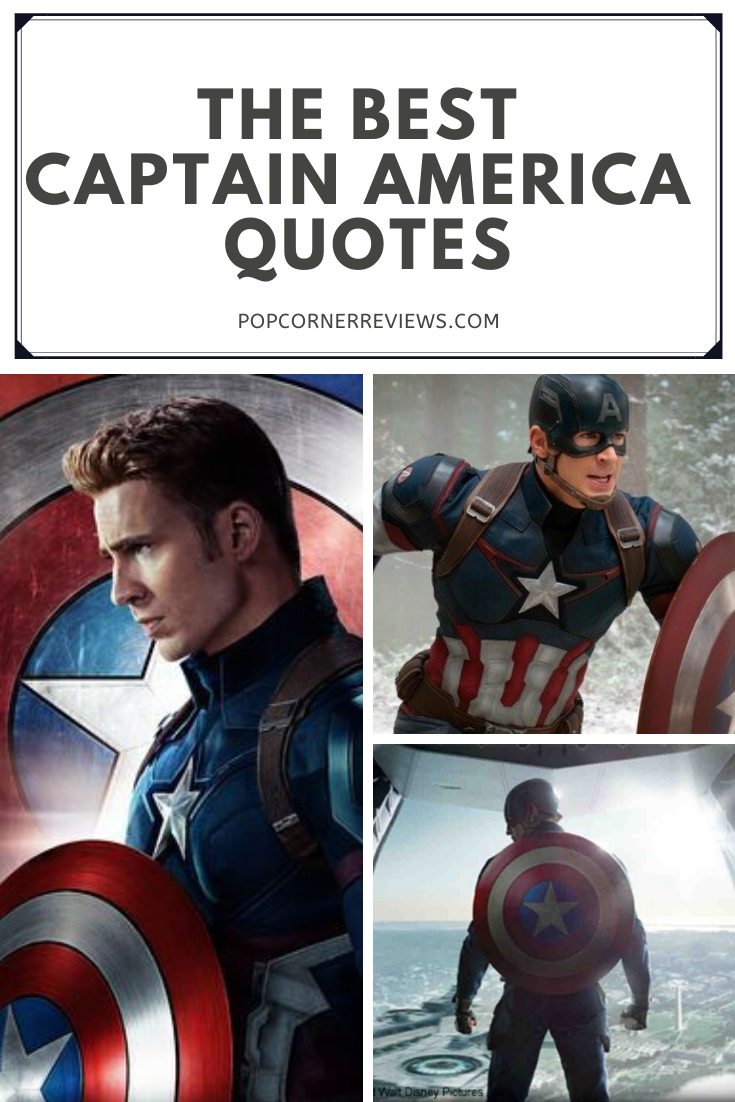 I can do this all day.

I don’t want to kill anyone. I don’t like bullies — I don’t care where they’re from.

The uniform? Aren’t the stars and stripes a little old-fashioned?

You know the last time I was in Germany and saw a man standing above everybody else, we ended up disagreeing…

When I went under, the world was at war. I wake up, they say we won. They didn’t say what we lost.

Every time someone tries to win a war before it starts, innocent people die. Every time.

The price of freedom is high. It always has been. And it’s a price I’m willing to pay. And if I’m the only one, then so be it. But I’m willing to bet I’m not.

I’m with you till the end of the line.

For as long as I can remember, I just wanted to do what was right. I guess I’m not quite sure what that is anymore. And I thought I could throw myself back in and follow orders, serve. It’s just not the same.

I’m not looking for forgiveness, and I’m way past asking for permission.

You did the hardest part. You took the jump, you didn’t know where you were gonna come down. And that’s it. That’s those little brave baby steps you gotta take. To try and become whole again.

Be careful. Look out for each other. This is the fight of our lives. And we’re going to win. Whatever it takes. Good luck.