While I’ve never seen Hamilton on stage, I’m thrilled to have the chance to watch the hit broadway musical from my couch.

Yep, you know what I’ll be doing tomorrow!

And to celebrate the release, I’ve prepared a themed treat to go along with our watch party — Hamilton pie pops inspired by the iconic logo! Find the recipe below and watch my tutorial for step-by-step instructions to make these pie pops!

An unforgettable cinematic stage performance, the filmed version of the original Broadway production of Hamilton combines the best elements of live theater, film and streaming to bring the cultural phenomenon to homes around the world for a thrilling, once-in-a-lifetime experience.

Hamilton is the story of America then, told by America now. Featuring a score that blends hip-hop, jazz, R&B and Broadway, Hamilton has taken the story of American founding father Alexander Hamilton and created a revolutionary moment in theatre—a musical that has had a profound impact on culture, politics, and education.

Filmed at The Richard Rodgers Theatre on Broadway in June of 2016, the film transports its audience into the world of the Broadway show in a uniquely intimate way. 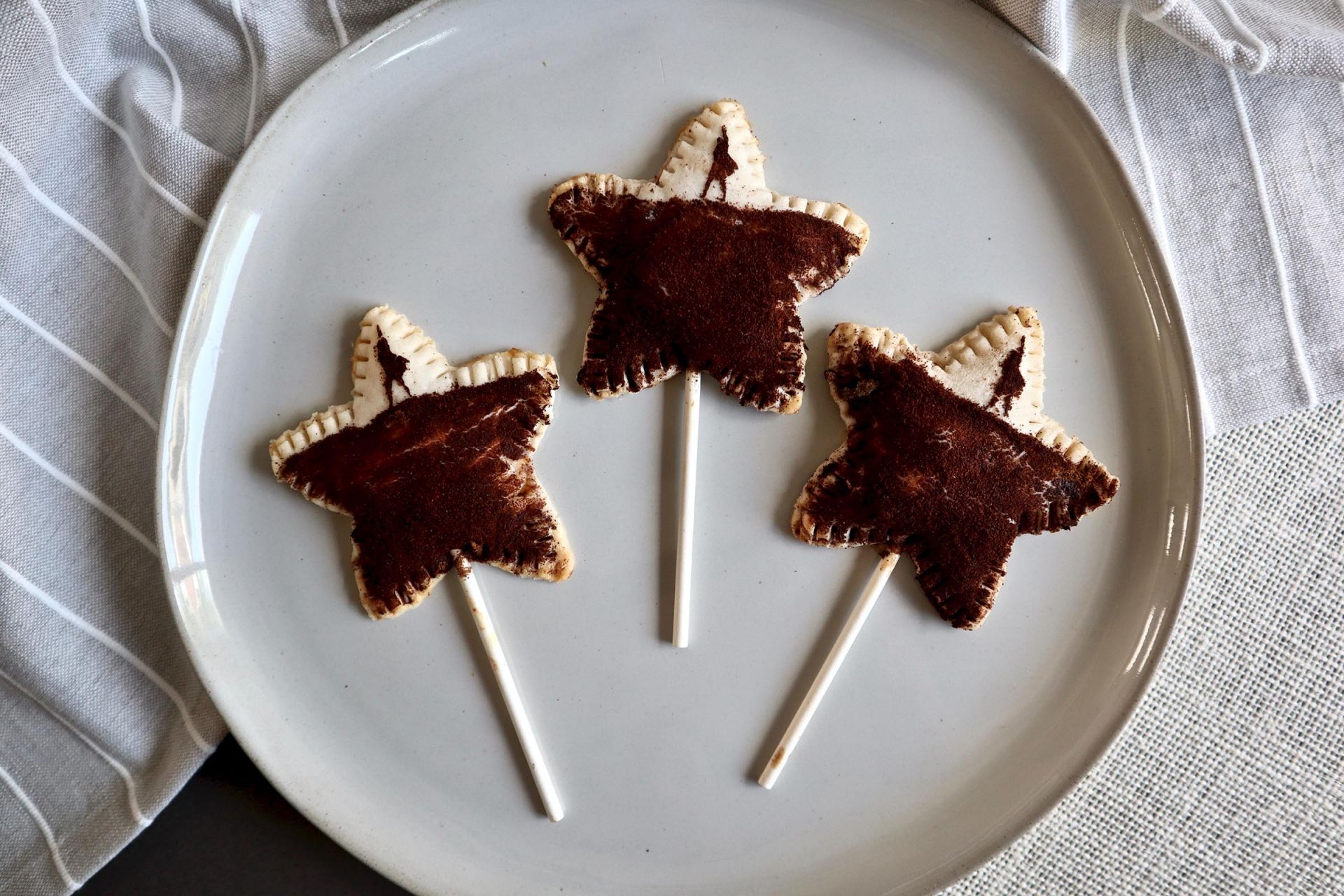 Peel your apples and cut them into small, thin pieces. Place them in a bowl and add the sugar, flour, salt, nutmeg, and several dashes of cinnamon (to your liking). Mix well to coat the apple pieces.

Use a star cookie cutter to cut out star shapes from the pre-made pie dough. For each pie pop, you will need two stars.

Place half of the dough stars on a baking sheet lined with parchment paper. Brush some of the egg wash on the center of the star and place a lollipop stick halfway up the star, gently pressing it into the dough to secure it.

Place a spoonful of your apple mixture on top of each star and the lollipop stick, being careful not to add too much or get too close to the edges.

On a separate piece of parchment paper, place your remaining pie dough stars. Using your Hamilton silhouette stencil – found in the list above – hold it in place at the top triangle of the star and brush egg wash over the opening. Then, while still holding the stencil in place, sprinkle cinnamon over the opening and use your finger to cover the entire opening. Carefully remove the stencil, then brush egg wash over the bottom half of the star and cover it in cinnamon.

On the stars with the apple filling, brush the edge of the dough shape with egg wash. Then carefully place a decorated cinnamon piece on top of each one. Use a fork to press both pie crust pieces together to form a seal.

Bake your pie pops for 8-10 minutes. Let them cool entirely prior to moving from the baking sheet to ensure the lollipop stick is secure. 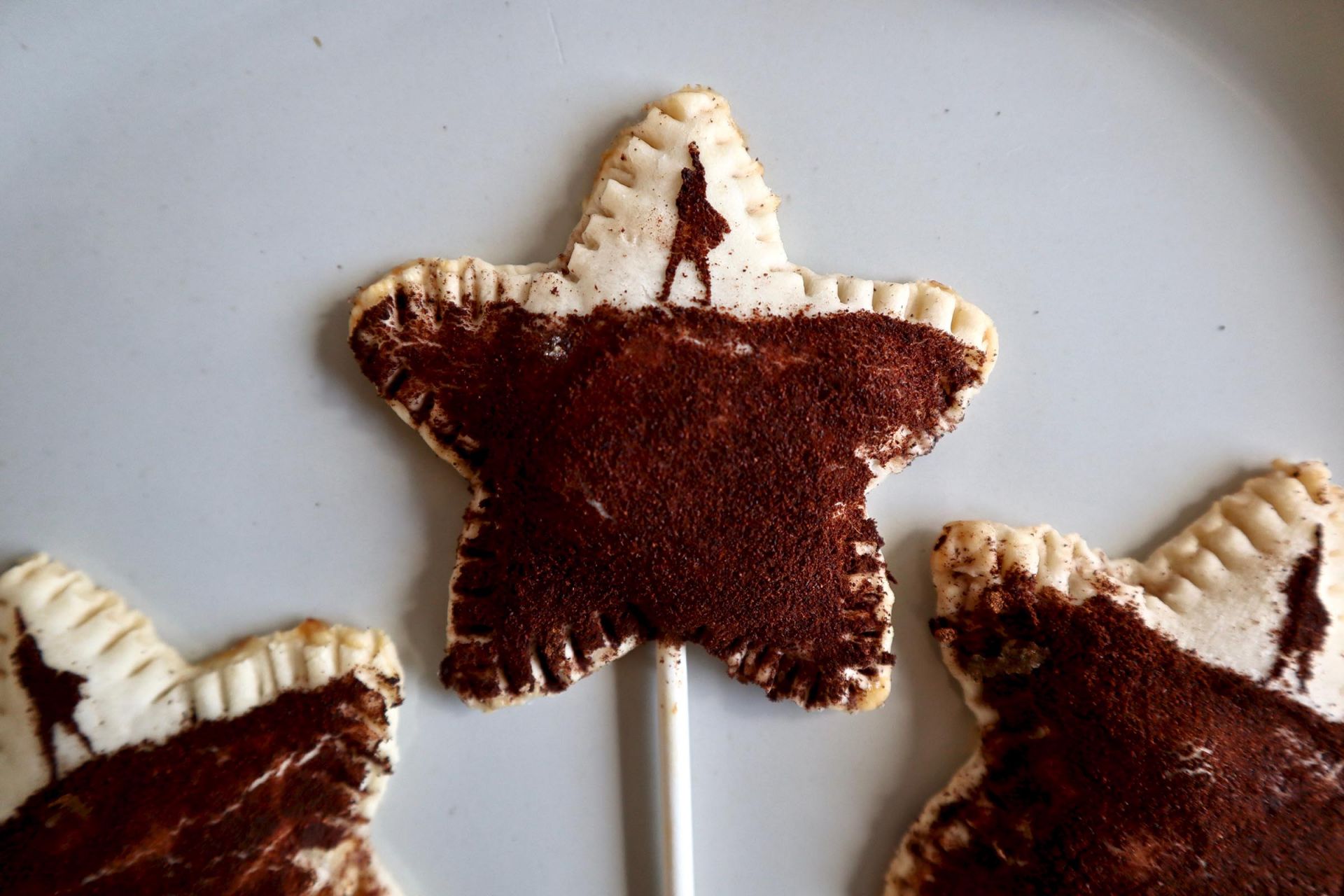 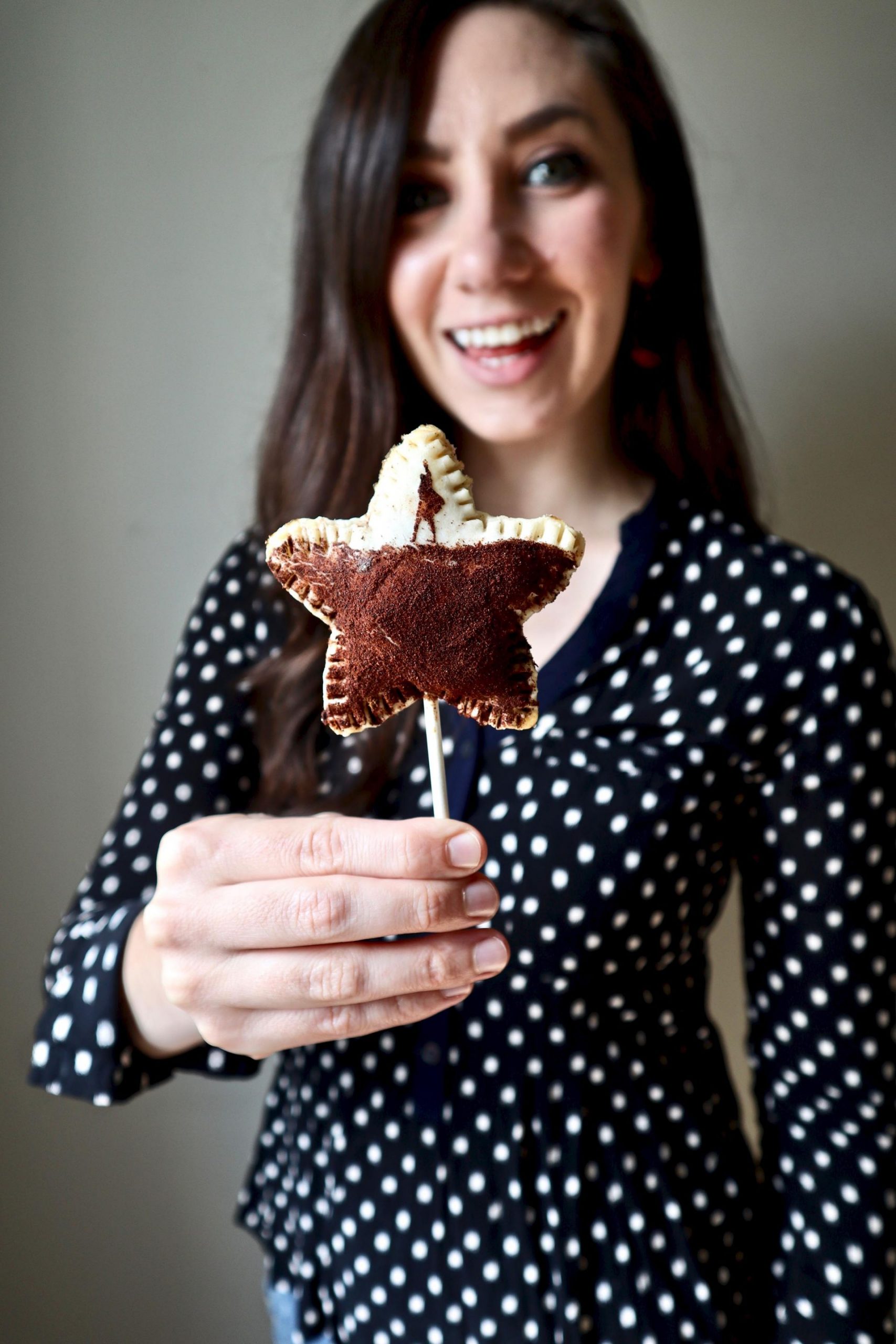