This post is sponsored by BoxLunch as part of the BoxLunch Collective program. All opinions are my own.

I have seen the original Jurassic Park movie countless times. My family LOVES it, and we can pretty much quote the entire film… although we try not to since we know that’s annoying. 🙂

So when BoxLunch asked me to throw a Jurassic Park movie night, I could not have been more thrilled — or prepared (it’s like I’ve been training for this moment my entire life). 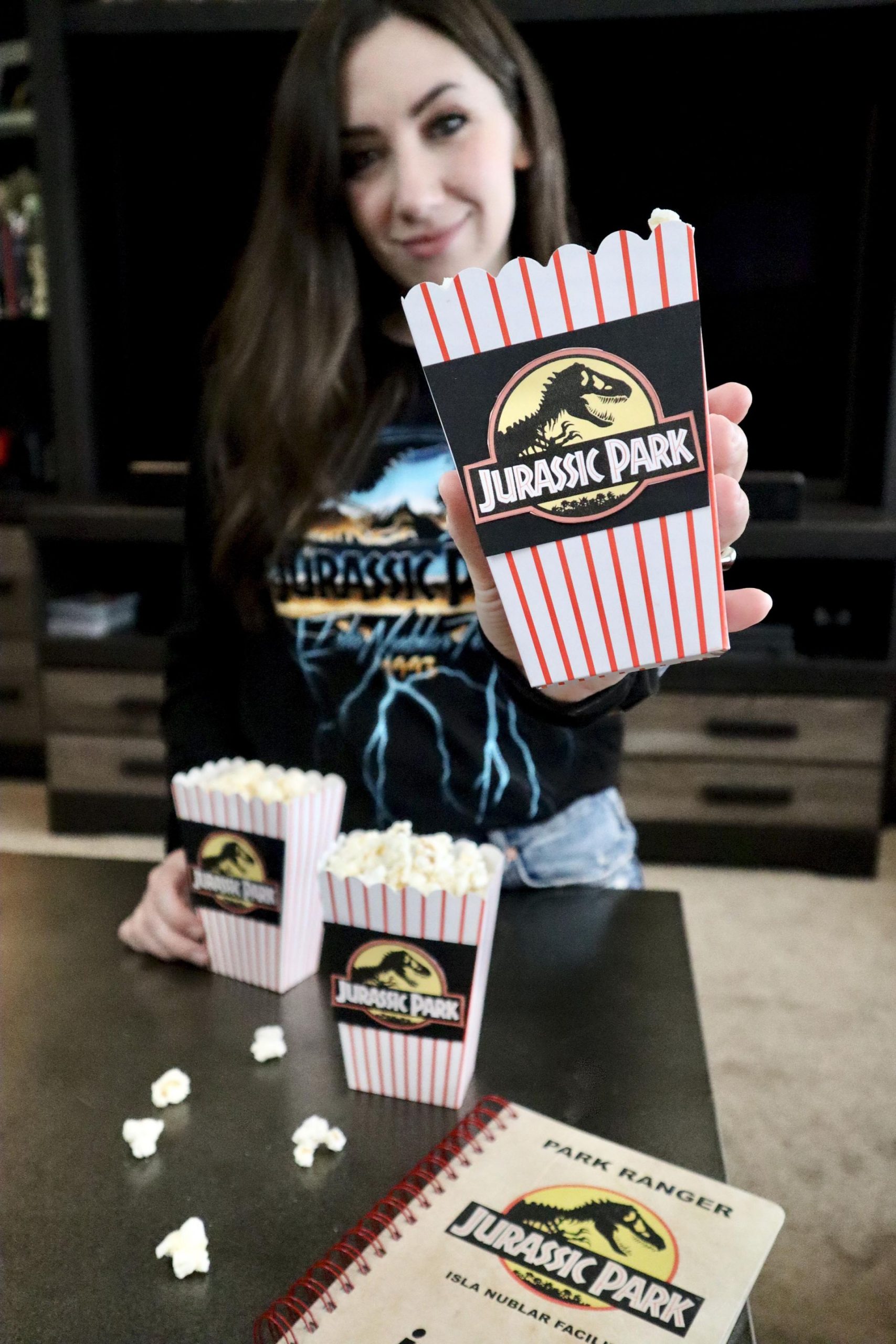 What’s my recipe for success for a great Jurassic Park movie night?

Well, it starts with gear from BoxLunch! Their new Jurassic Park collection has some great items for fans of the original and new films. From shirts to bags and fanny packs, they have everything you’ll need for a visit to Isla Nublar. 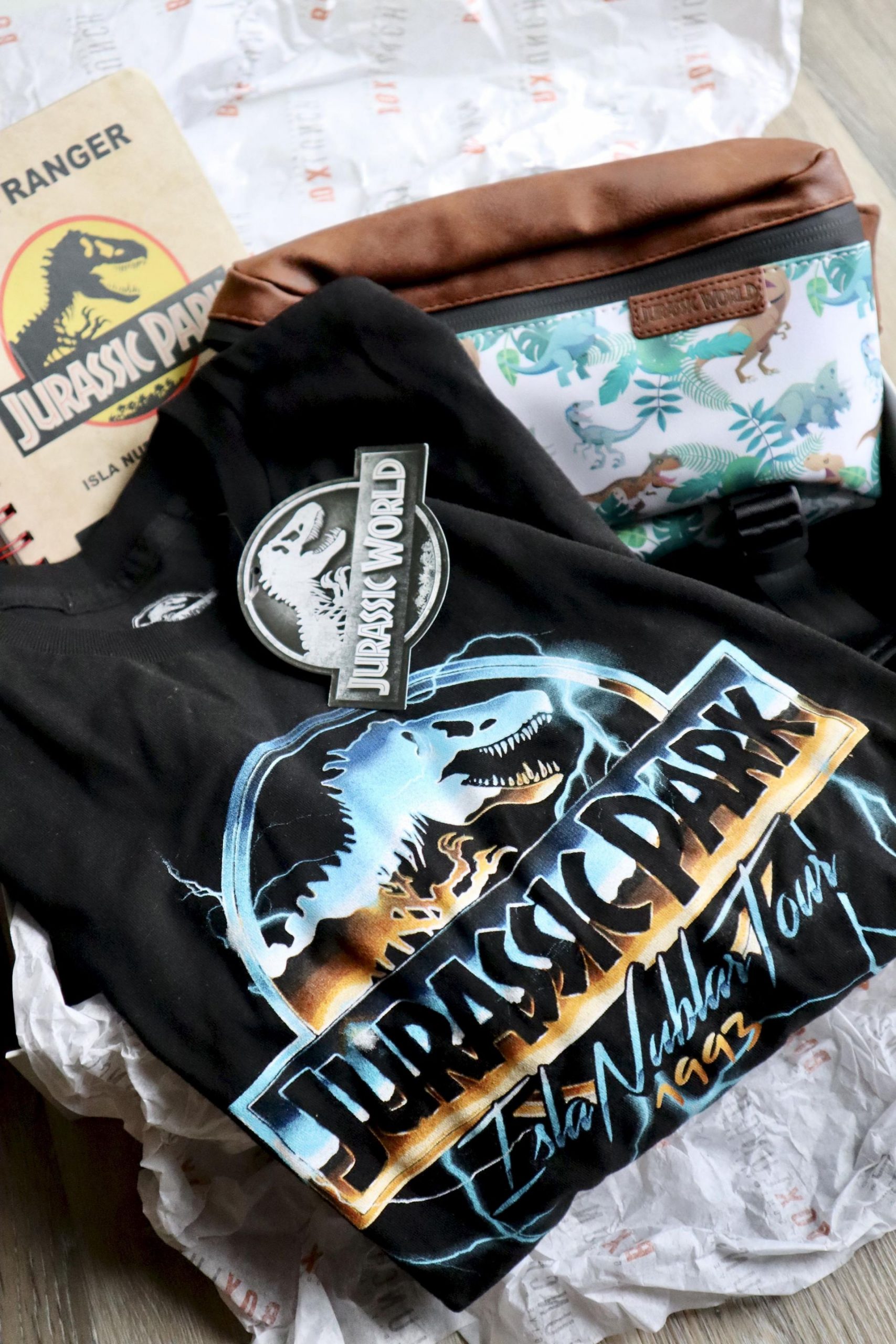 The Isla Nublar 1993 Tour shirt that I received is spectacular. I love the fun rock-n-roll vibes on the logo, plus it is so comfy! And if you’re a planner like I am, this Park Ranger notebook will be perfect for making all of your movie night prep lists.  Need to go shop for supplies? This cute Jurassic World tropical fanny pack is the perfect addition for your shopping trek.

Next you need *themed* snacks.

Popcorn is my go-to for any movie night, and these printable Jurassic Park logos will take your popcorn boxes to the next level. 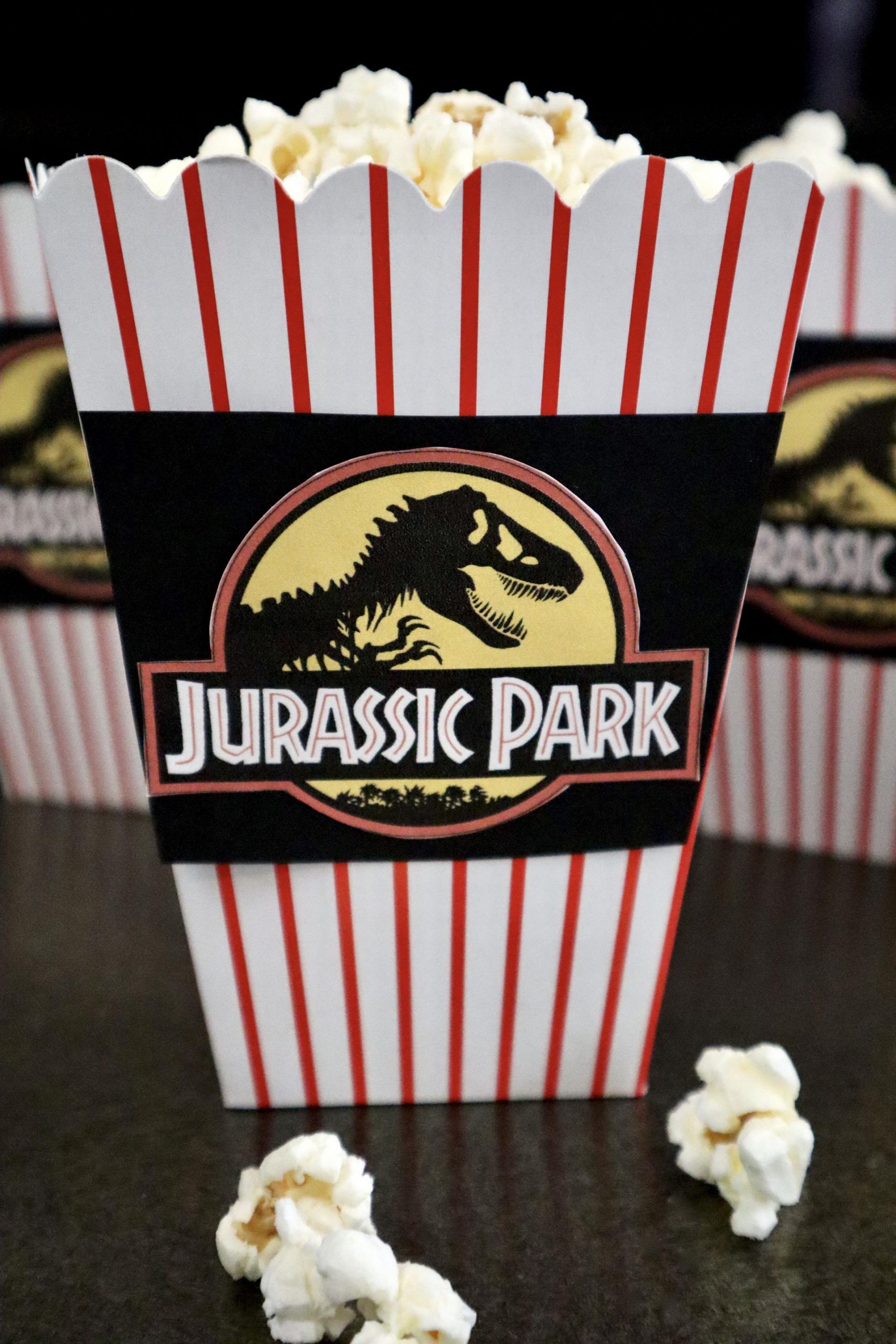 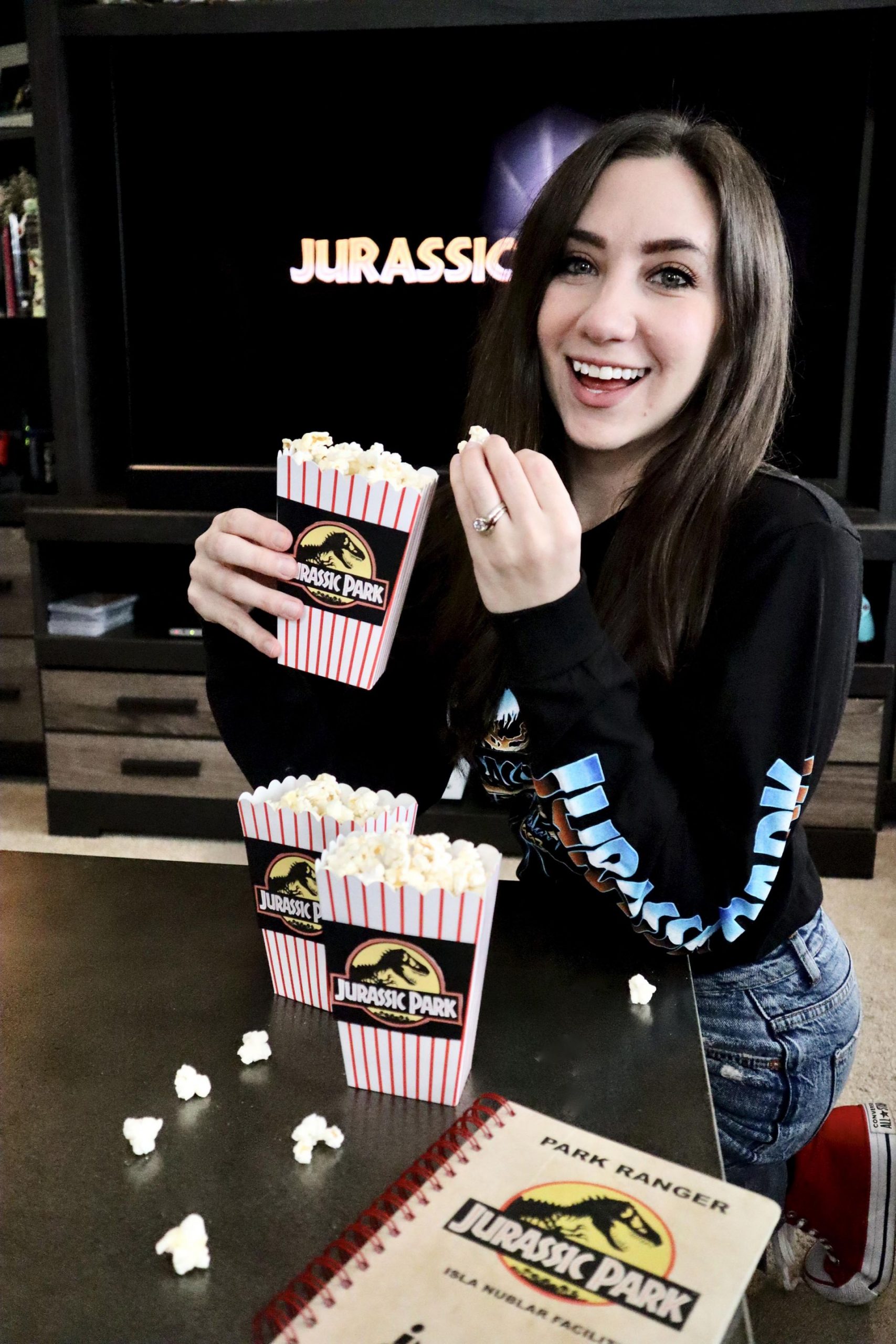 If you want to really impress your friends and family, decorate some Jurassic Park cookies to look like Mr. DNA! 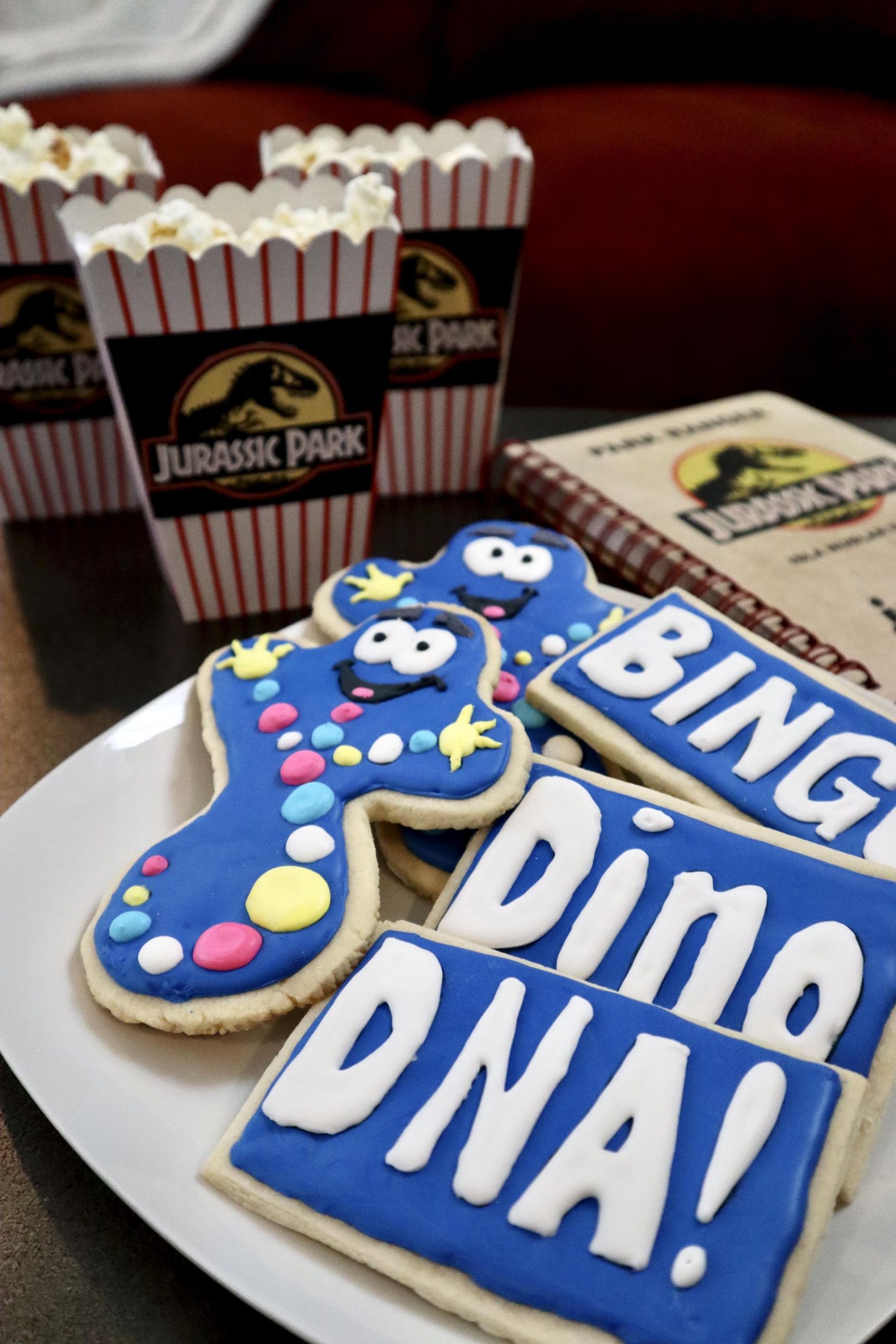 And that’s it! You’re all set for a fun, Dino-filled movie night. How do you like to make your movie nights special?

Special thanks to BoxLunch for sponsoring my Jurassic Park movie night! You can find all of their Jurassic Park items on BoxLunch.com.