This post contains affiliate links. Purchases from these links may provide a small commission to me to help support my blog. There is no fee or charge for you.

— Post updated on 9/9/20 following the release of the first DUNE trailer! —

I’ve been eagerly awaiting the DUNE trailer, and to prepare, I’ve read the novel by Frank Herbert, watched the 1984 film by David Lynch, and now have made SPICE cakes! Be careful — these spice melange cakes are rather addicting (lol – you Dune fans know what I mean).

Watch the DUNE Trailer With Me

The upcoming DUNE film adaptation is currently slated to be released at the end of 2020 and is directed by Denis Villeneuve (Arrival, Blade Runner 2049). Earlier this year, the first film shots for Paul Atreides, Duke Leto, Lady Jessica, Chani, and other characters were released, and I’ve got the full DUNE cast breakdown in this post.

To celebrate the release of the new DUNE trailer, I decided to make an Arrakis-inspired treat.

THE SPICE MUST FLOW!

Enjoy these spice melange cakes inspired by the desert planet Arrakis and its addictive spice — aka mini cinnamon cakes that I made in the microwave! Yep, you can literally make this tasty cake in less than five minutes. 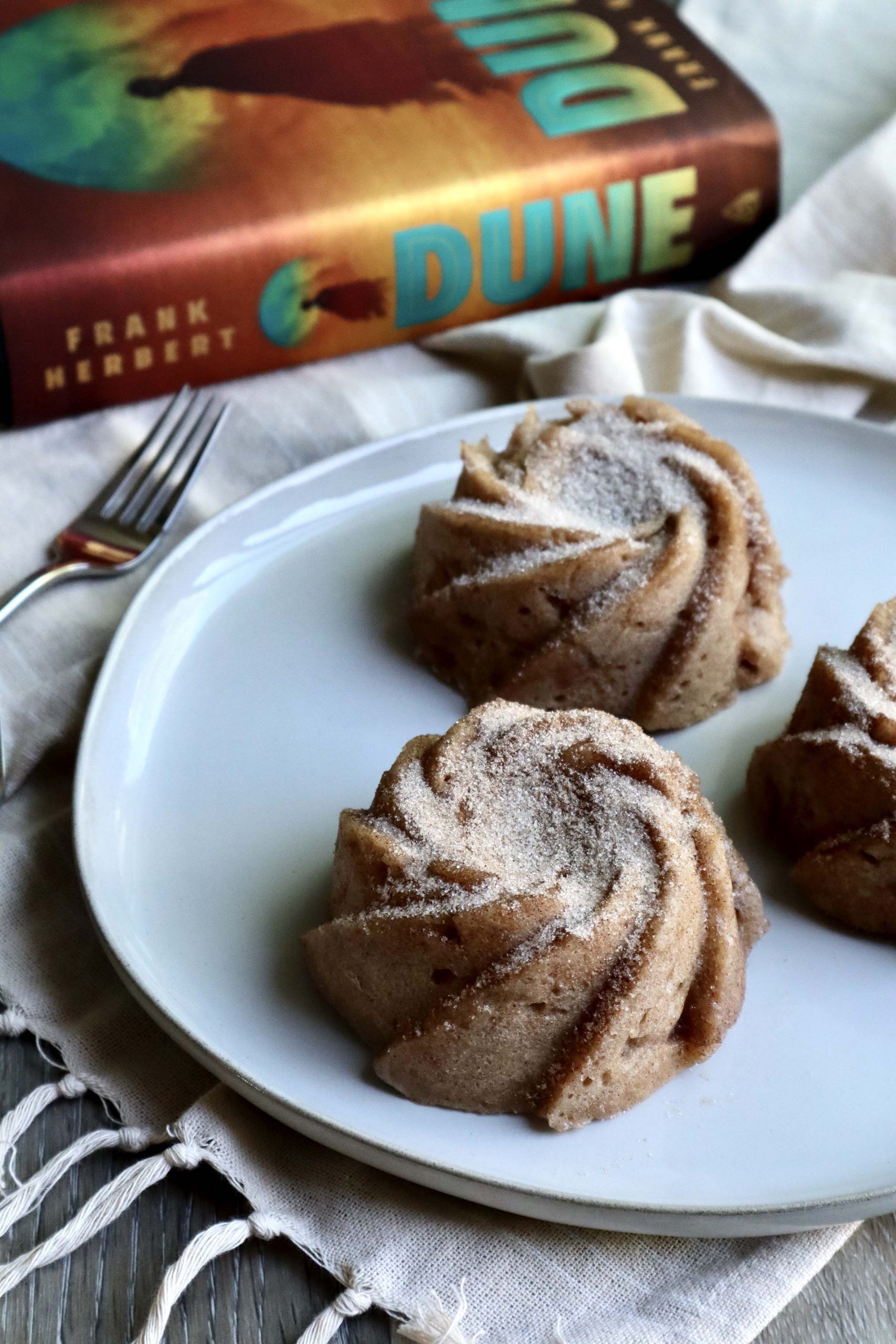 A couple of months ago, I purchased some mini bundt pans from Nordic Ware because I thought they would make the perfect DUNE-shaped treat. I didn’t realize at the time that the pans were for microwave-use only, but that actually turned out to be a great thing!

Not only can these delicious cinnamon cakes be made in a few minutes, you can also make just a single serving so that it’s hot and fresh when you want one. 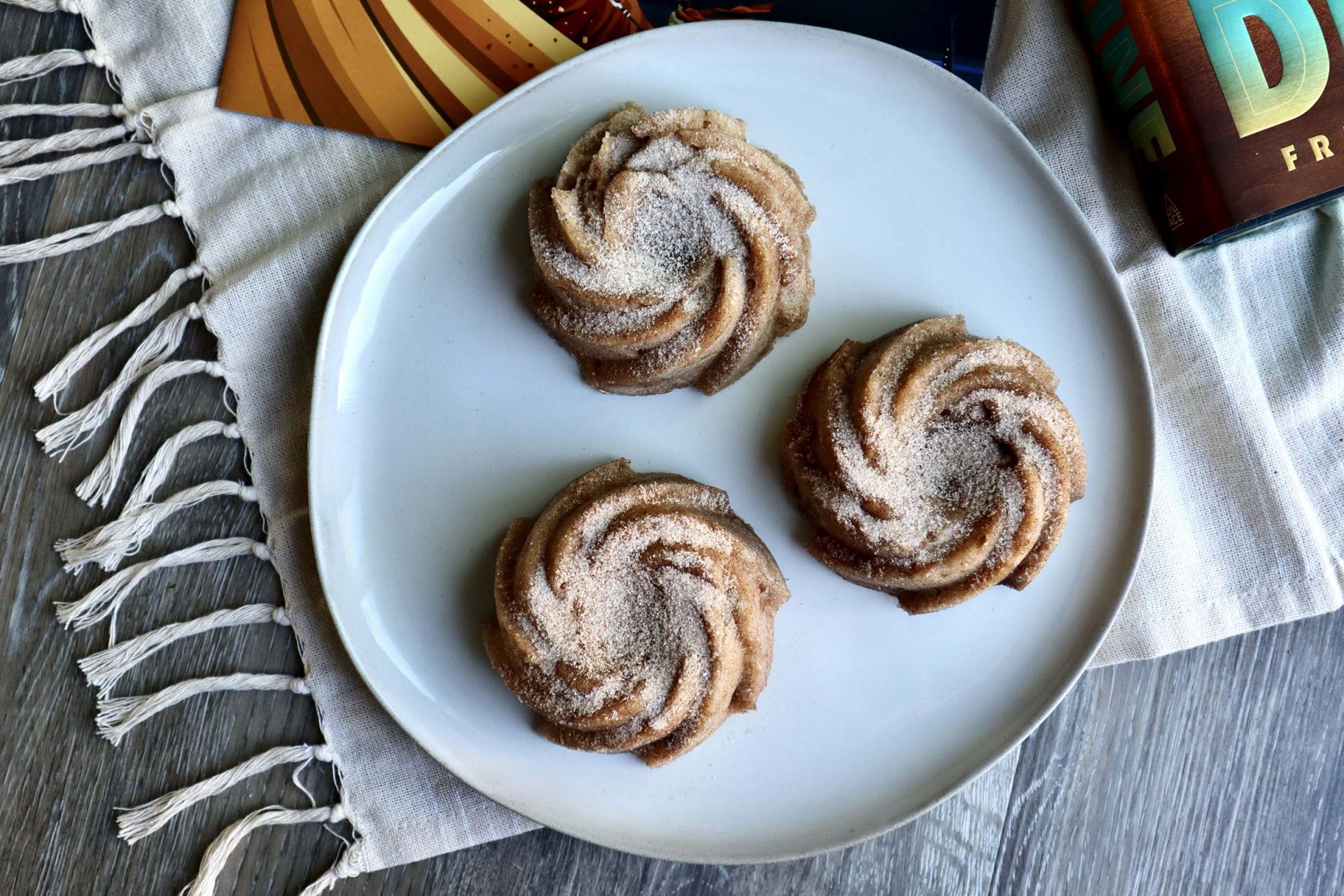 What You Need:
(Ingredients listed for one individual cake)

In a small bowl, combine the flour, sugar, cinnamon.

Add the milk, melted butter, and vanilla; stir to combine.

Spray your microwavable pan with cooking spray. If you do not have a microwavable mini bundt cake page, aka a “Dune”-shaped pan, you can just use a large coffee mug! 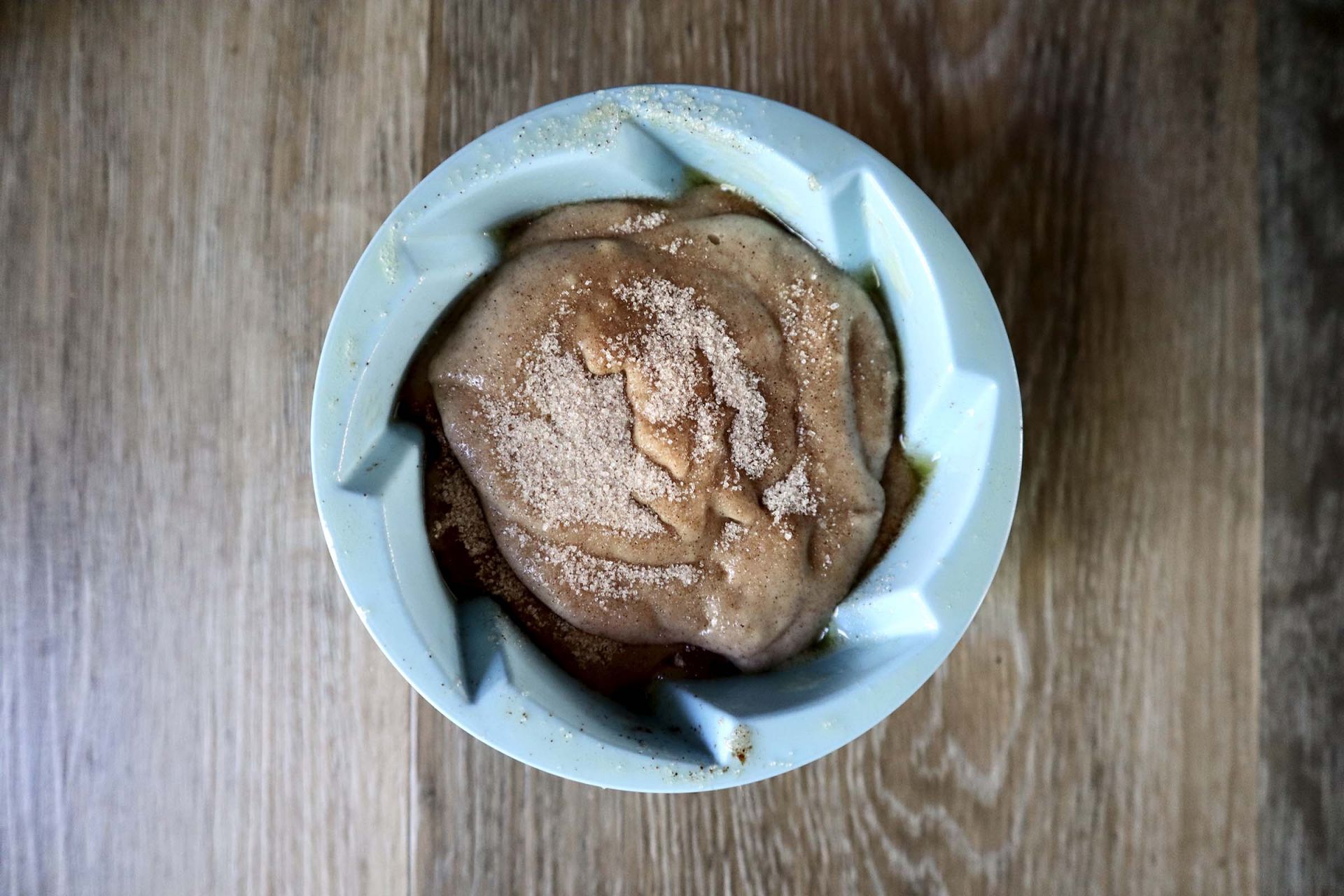 Place your pan on a microwave-safe plate (to catch any potential spillage), then microwave for 70 seconds. Let stand in your microwave for an additional minute. 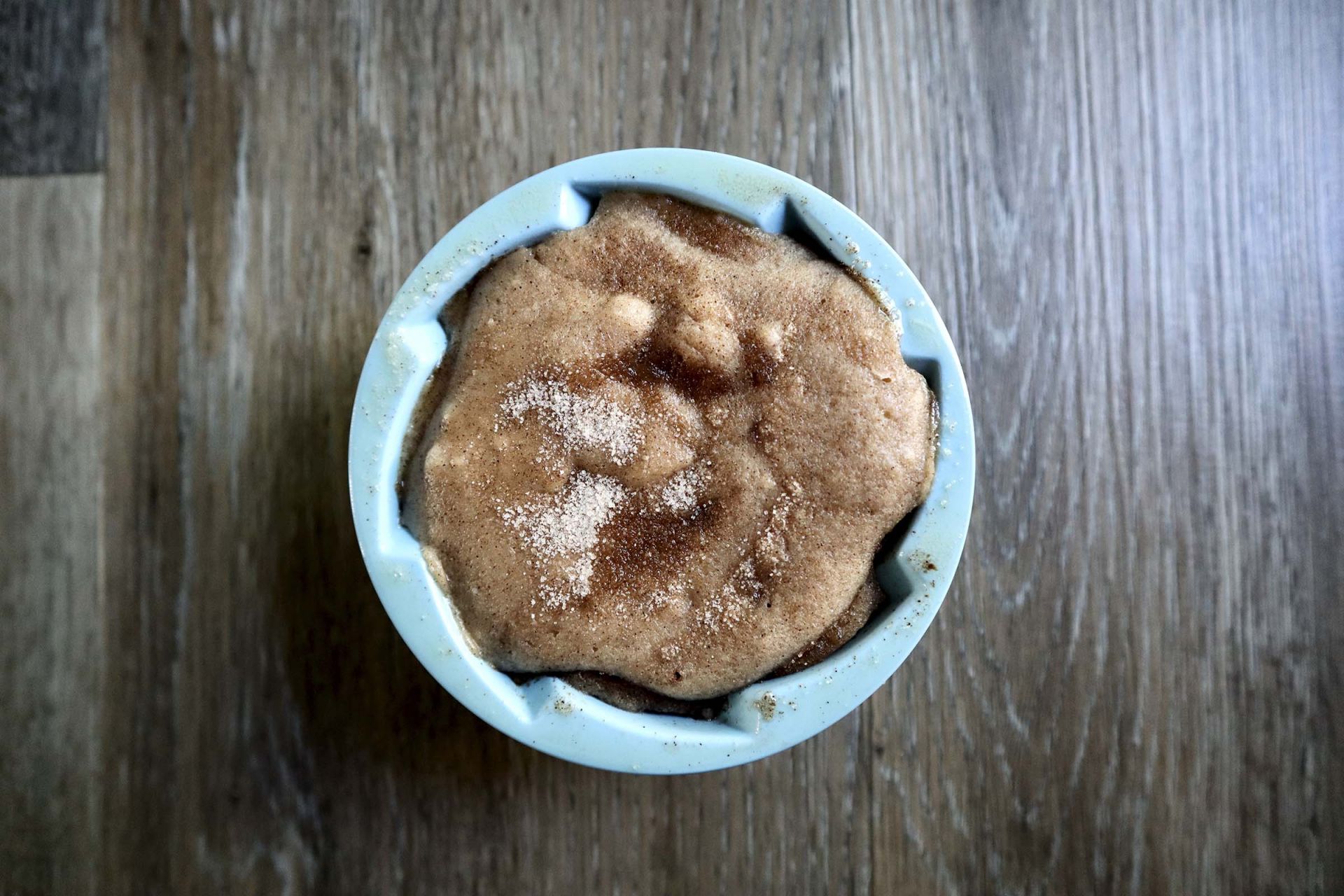 Flip your pan over onto a plate and carefully tap the pan to reveal the baked cake. Top with additional cinnamon sugar. 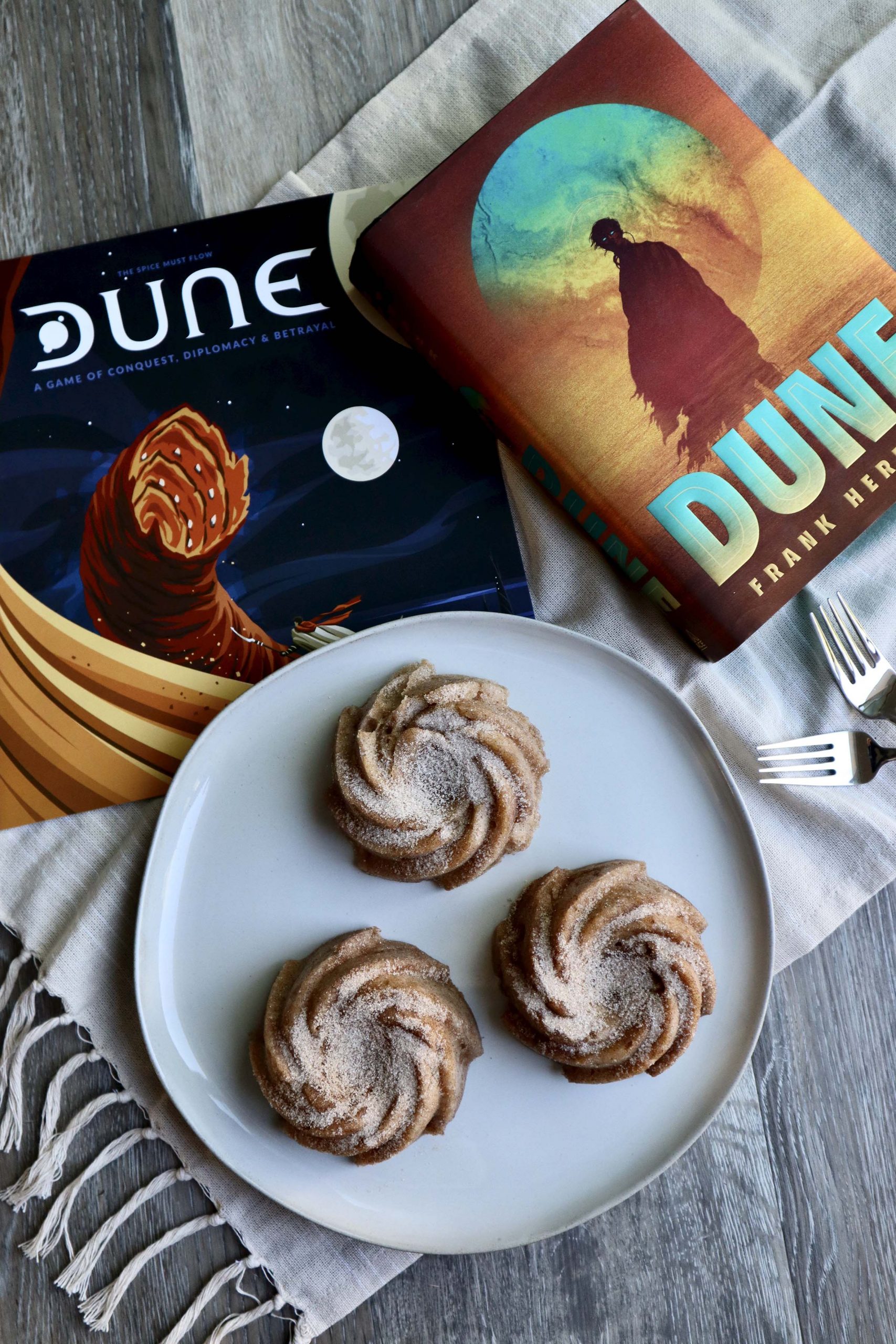 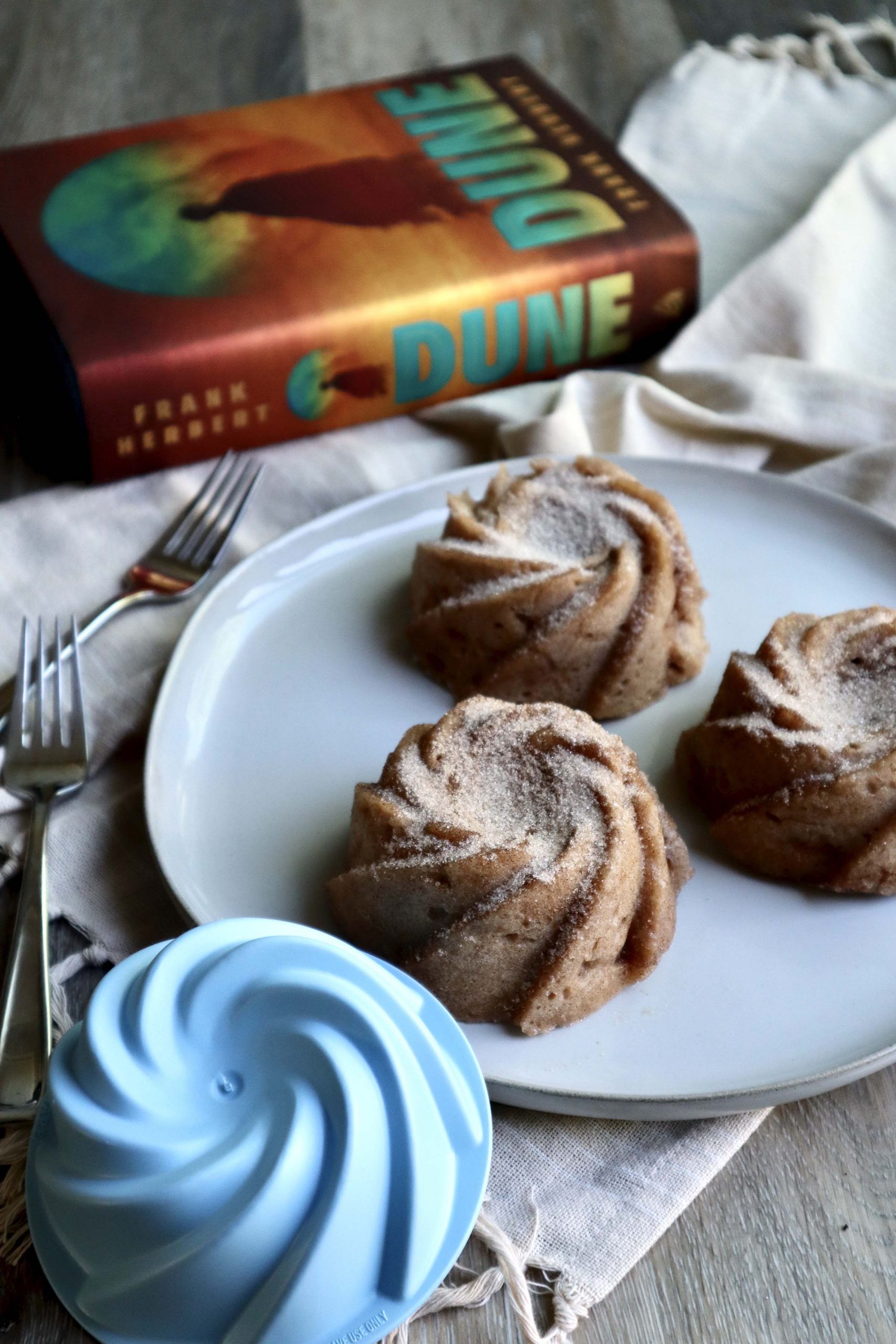 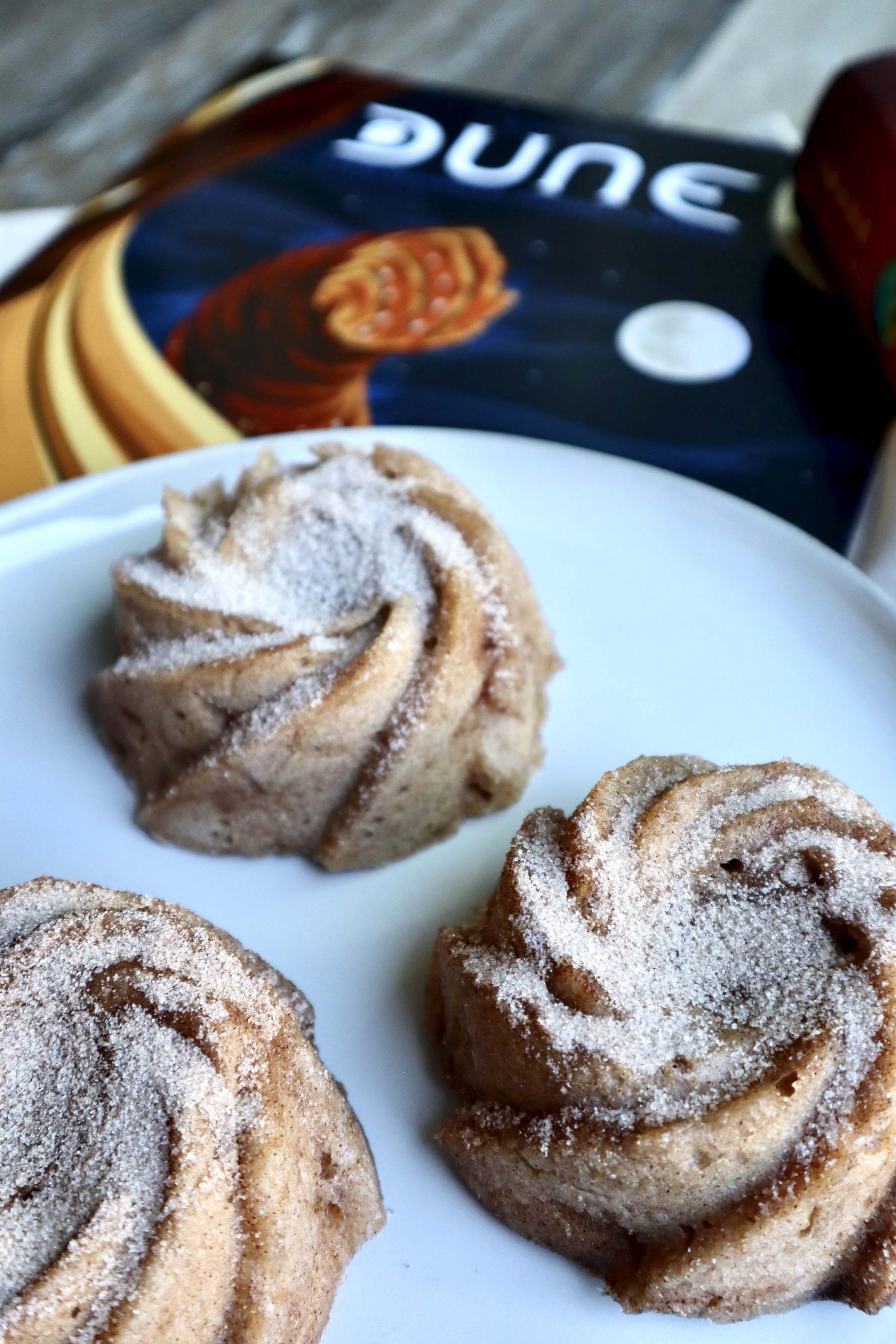 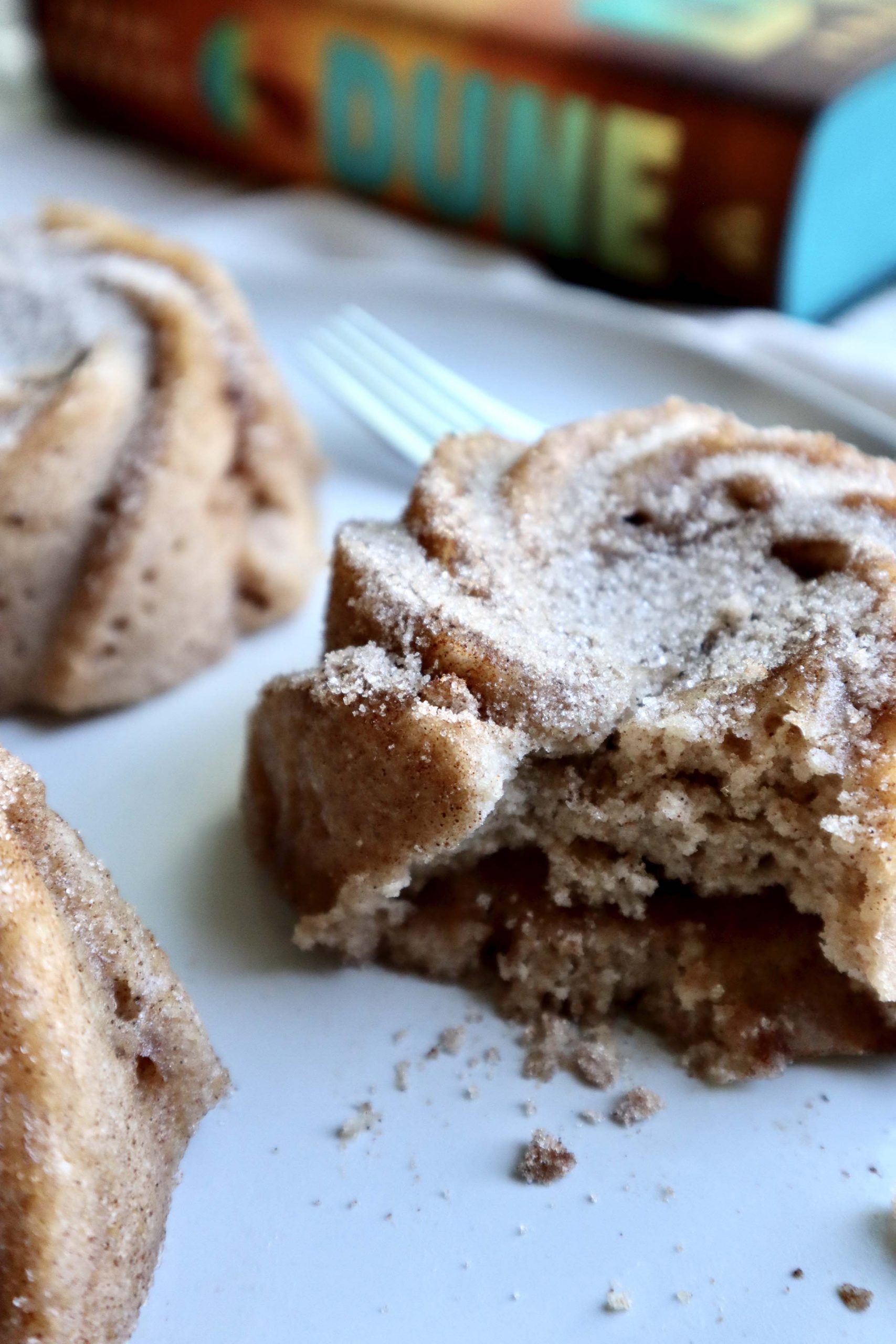 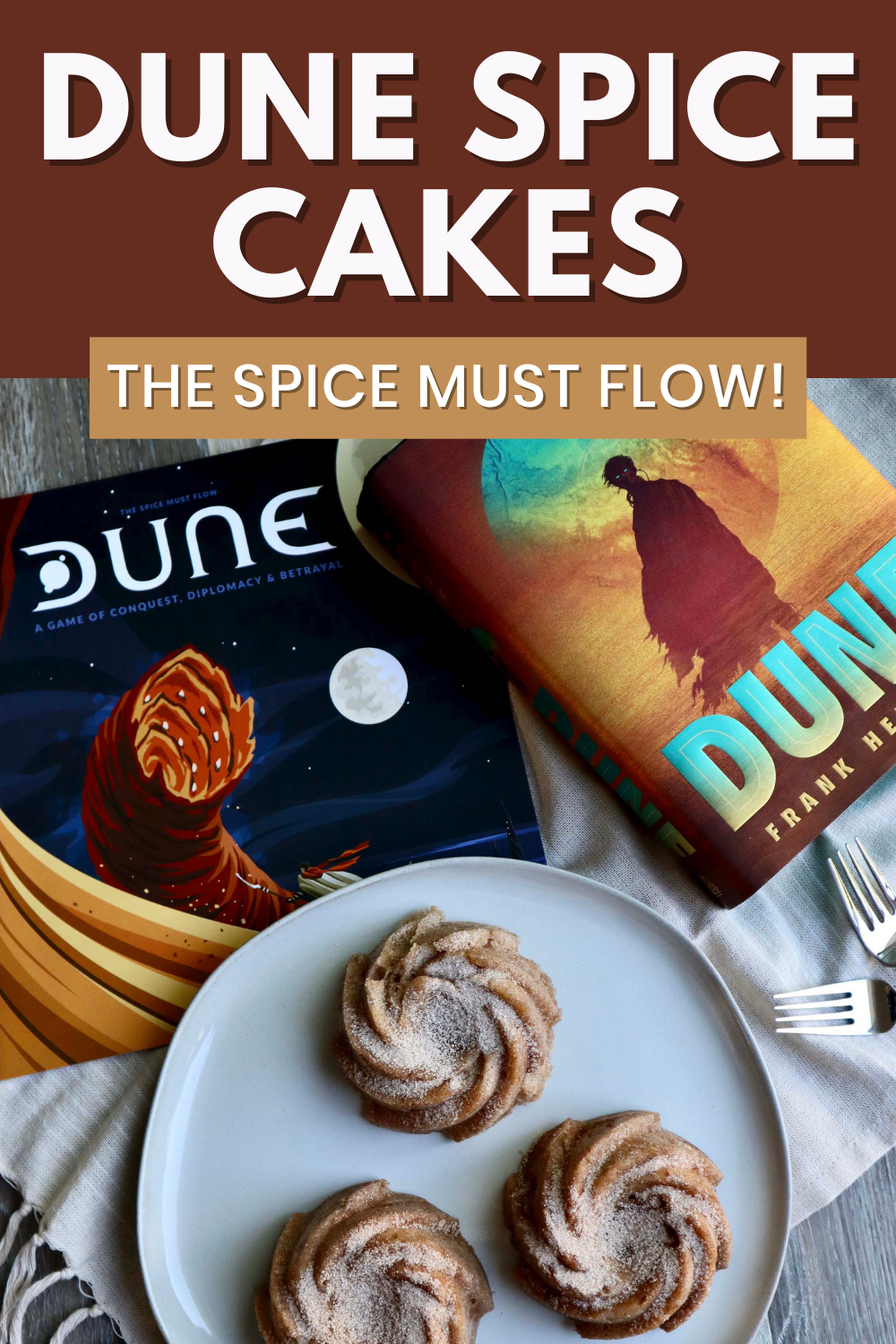 Learn about the upcoming 2020 Dune film in this post.