This post contains affiliate links. All thoughts and opinions are my own.

It’s no secret — Hocus Pocus is one of my favorite Halloween films (and I pretty much watch it all year long).

We recently played the new Hocus Pocus board game from Ravensburger — and since no game night is complete without snacks… you guessed it, I decided to bake a NEW Hocus Pocus dessert.

I’ve made boooOOOoook brownies before, so this time I wanted to make something inspired by the Sanderson Sisters themselves (and their iconic hairstyles). 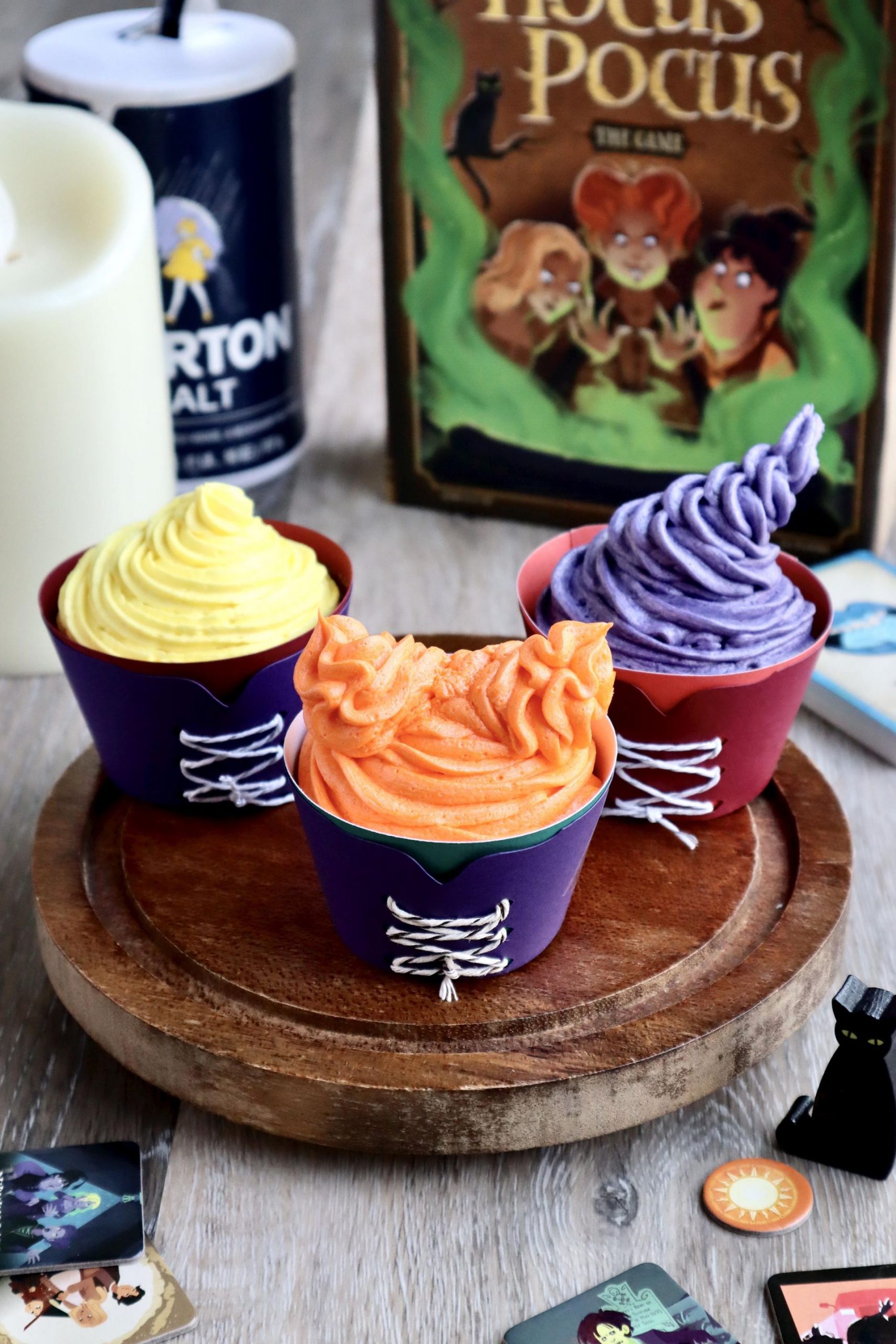 It’s time to run amok, amok, amok! These Hocus Pocus cupcakes are perfect for game/movie nights, and they’re easy to make with this step-by-step guide and printable cupcake wrappers that you can make at home.

Each sister’s cupcake wrapper is made of two pieces. For the top piece with the six circles in the center, cut out each of the circles. Use decorative string to weave between the holes and create a corset-like design (see below).

Tape the top piece of each dress (with the corset design) to the bottom plain piece. (Leave the wrappers flat for now, you will tape them around the cupcake as the final step.)

(Note – I initially thought I would make the cupcake wrappers with three colored pieces for each, but I changed that to just two during the project because… to much paper!) 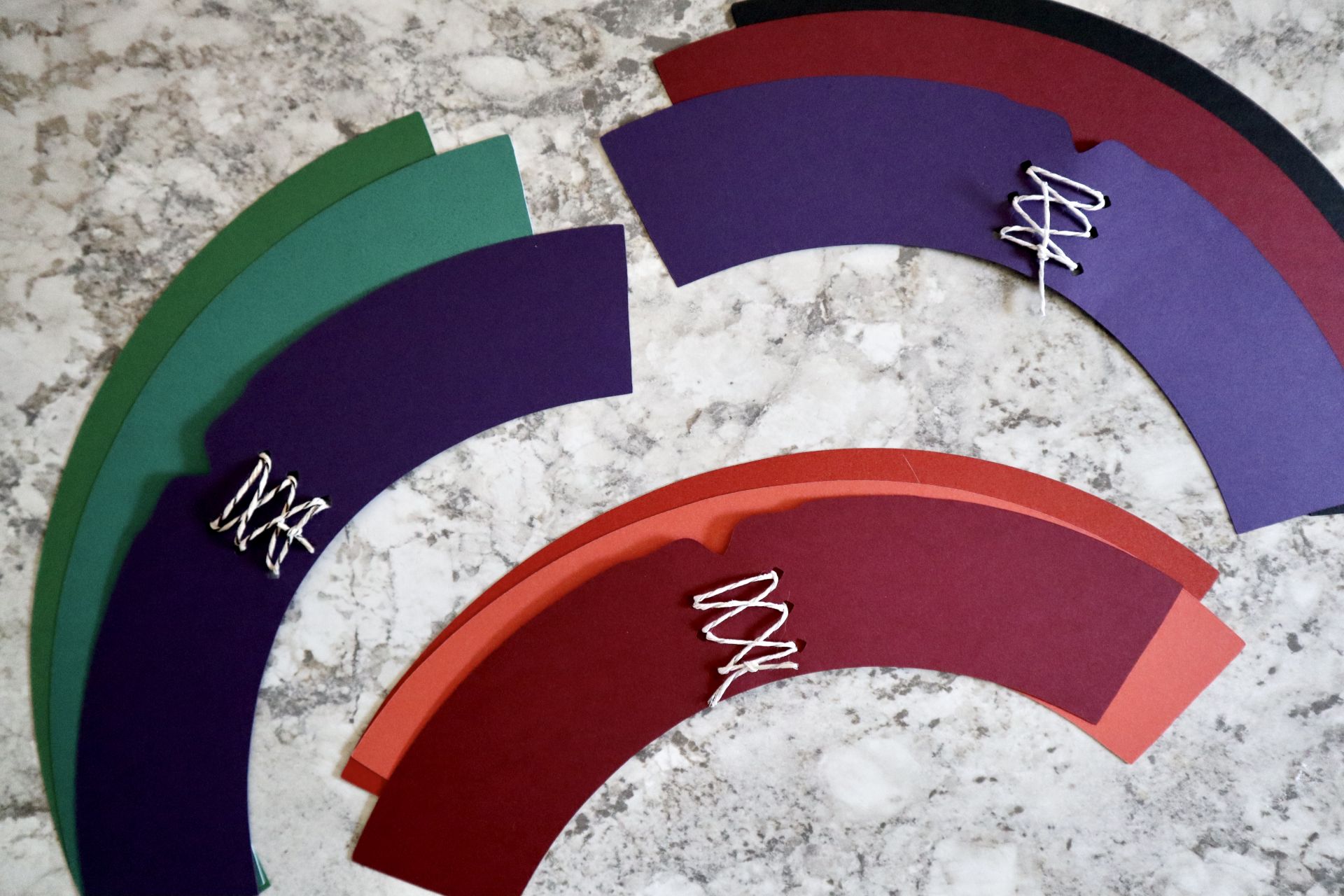 Prepare your buttercream icing by combining the butter, milk, and vanilla in a mixing bowl, mixing until smooth. Add the powdered sugar a few cups at a time until it is incorporated. (Note – this recipe makes a large batch of icing, feel free to cut the recipe in half if you’re not making a lot of cupcakes.) 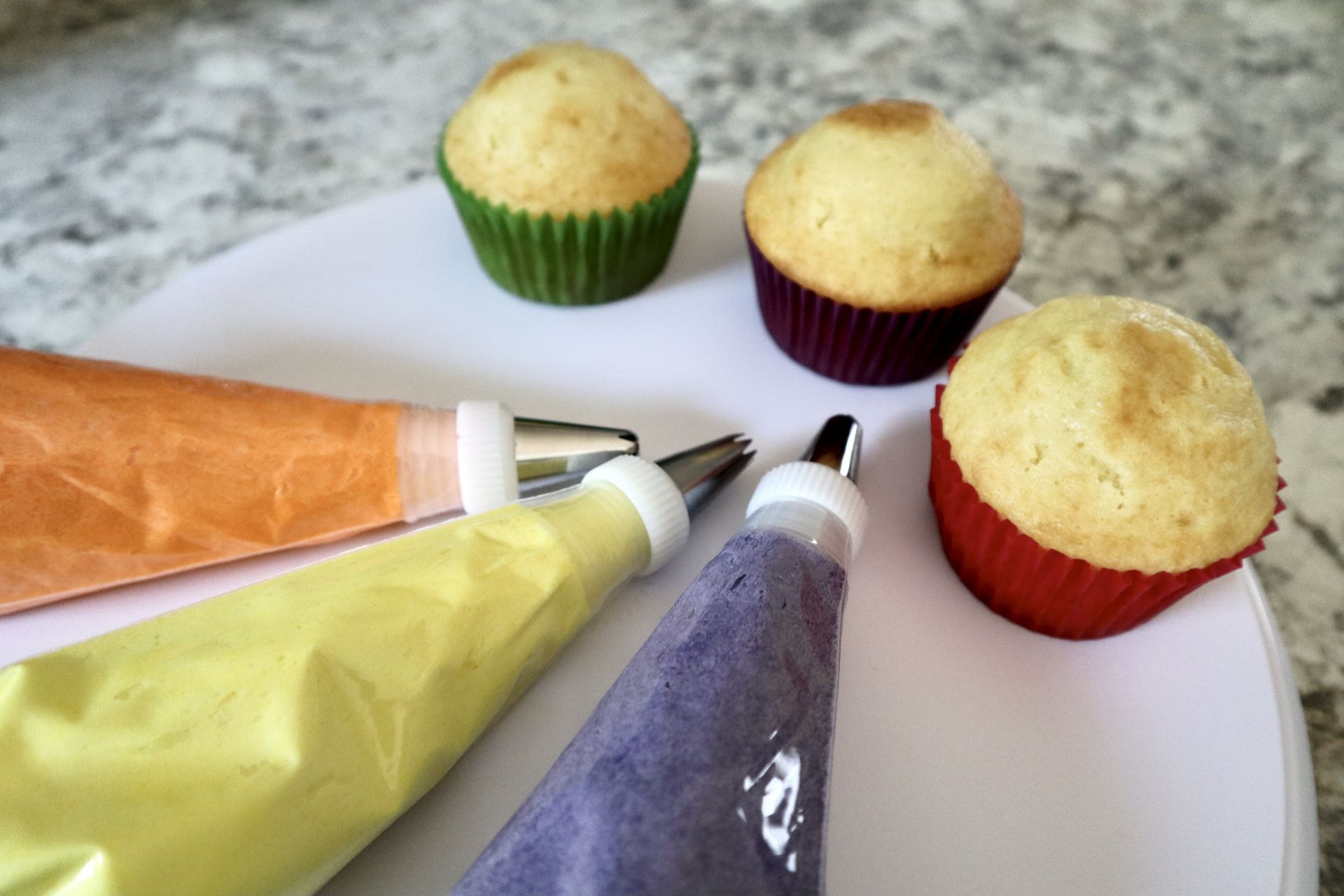 Time to decorate your cupcakes!

Starting with Sarah — because it’s the easiest decoration — use your yellow buttercream to cover the top of the cupcake in icing. Pipe icing around the edge of the cupcake, working your way in to for an icing mountain. (WOW- not a technical term, but you know what I mean!) 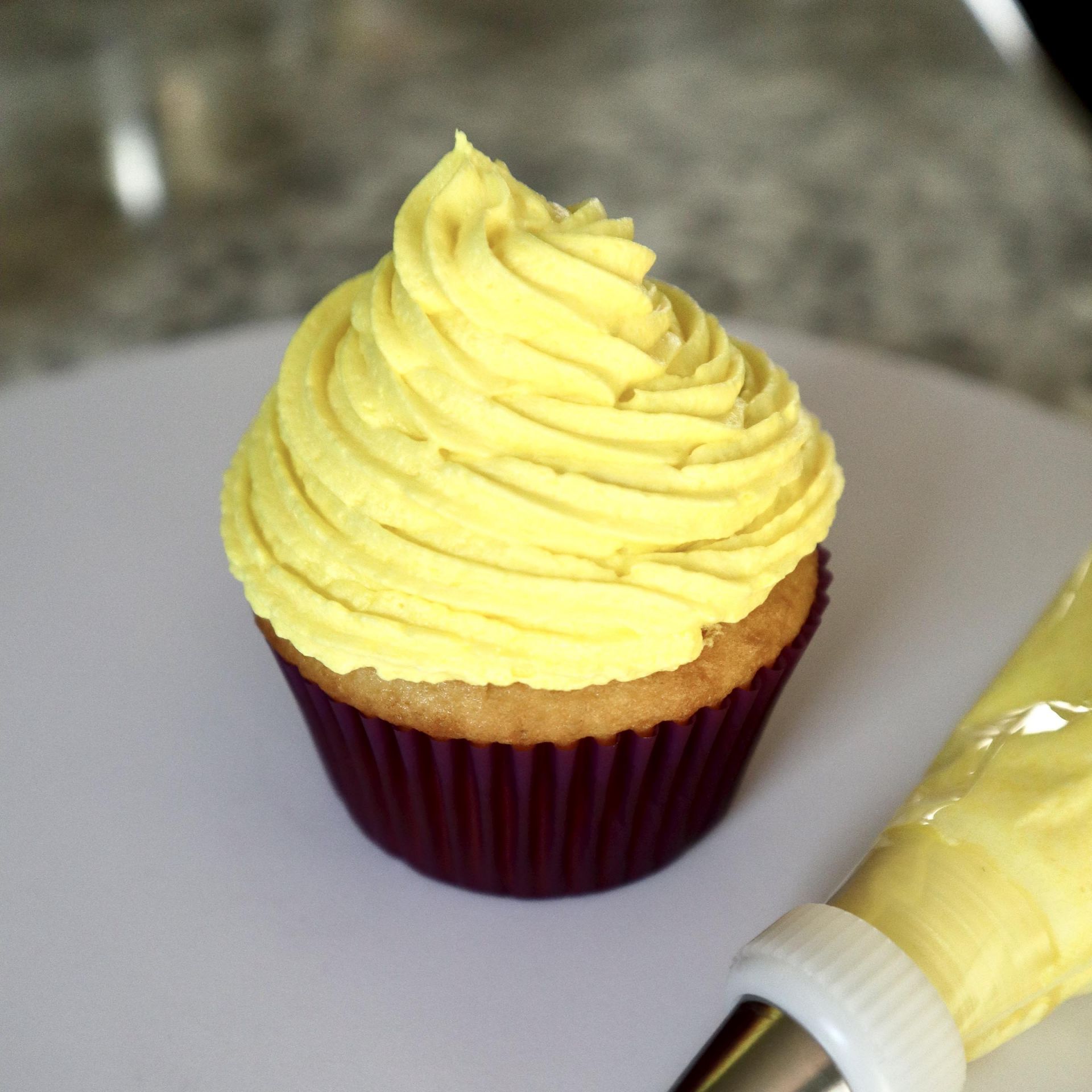 For Winifred, use orange buttercream to cover the top of the cupcake in icing (but don’t add as much icing as you did for Sarah — you do not want a center tip for Winnie’s design). 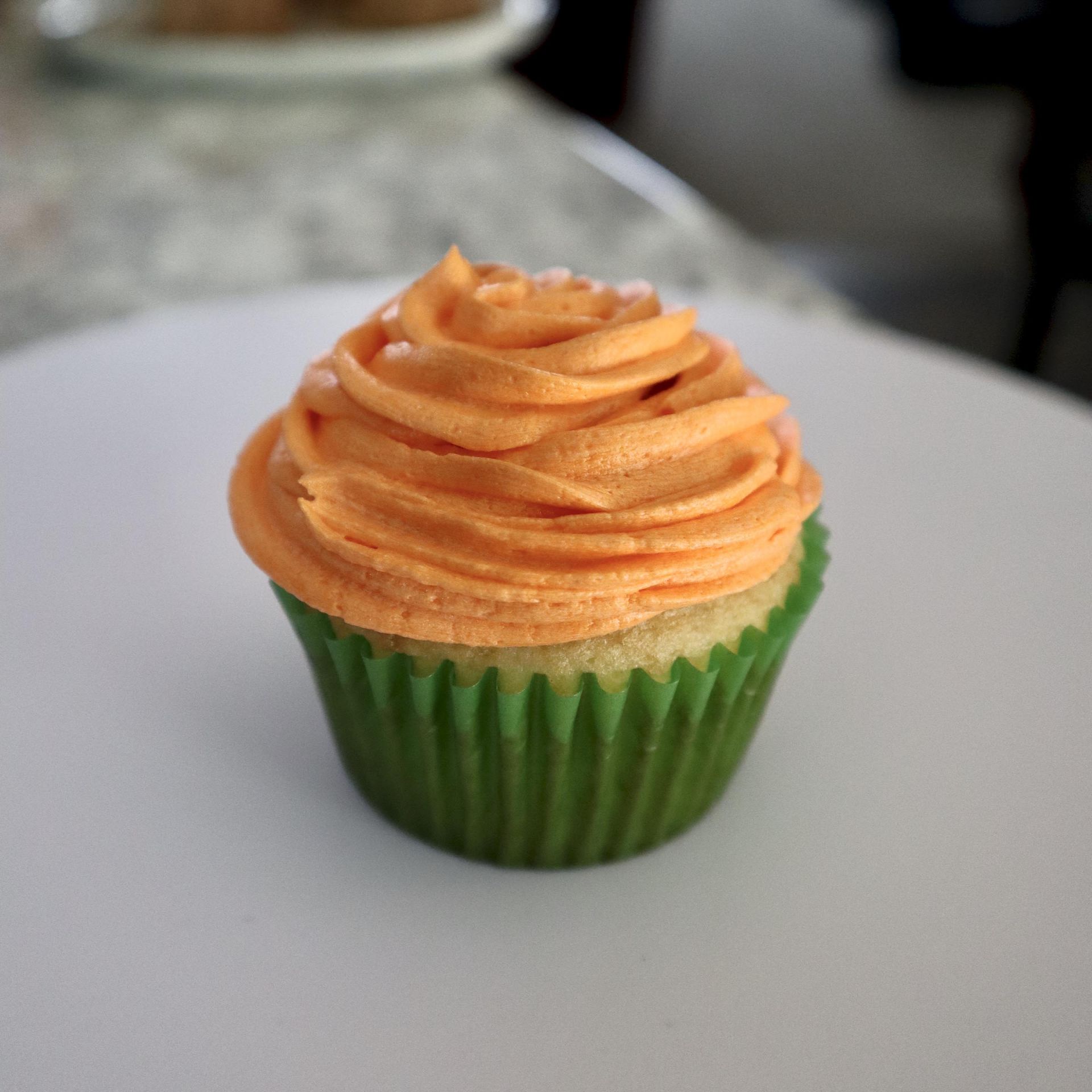 Next, add two small icing mounds for Winnie’s hair — just be careful that you don’t add too much icing too far to the side (it might slide down the cupcake!). 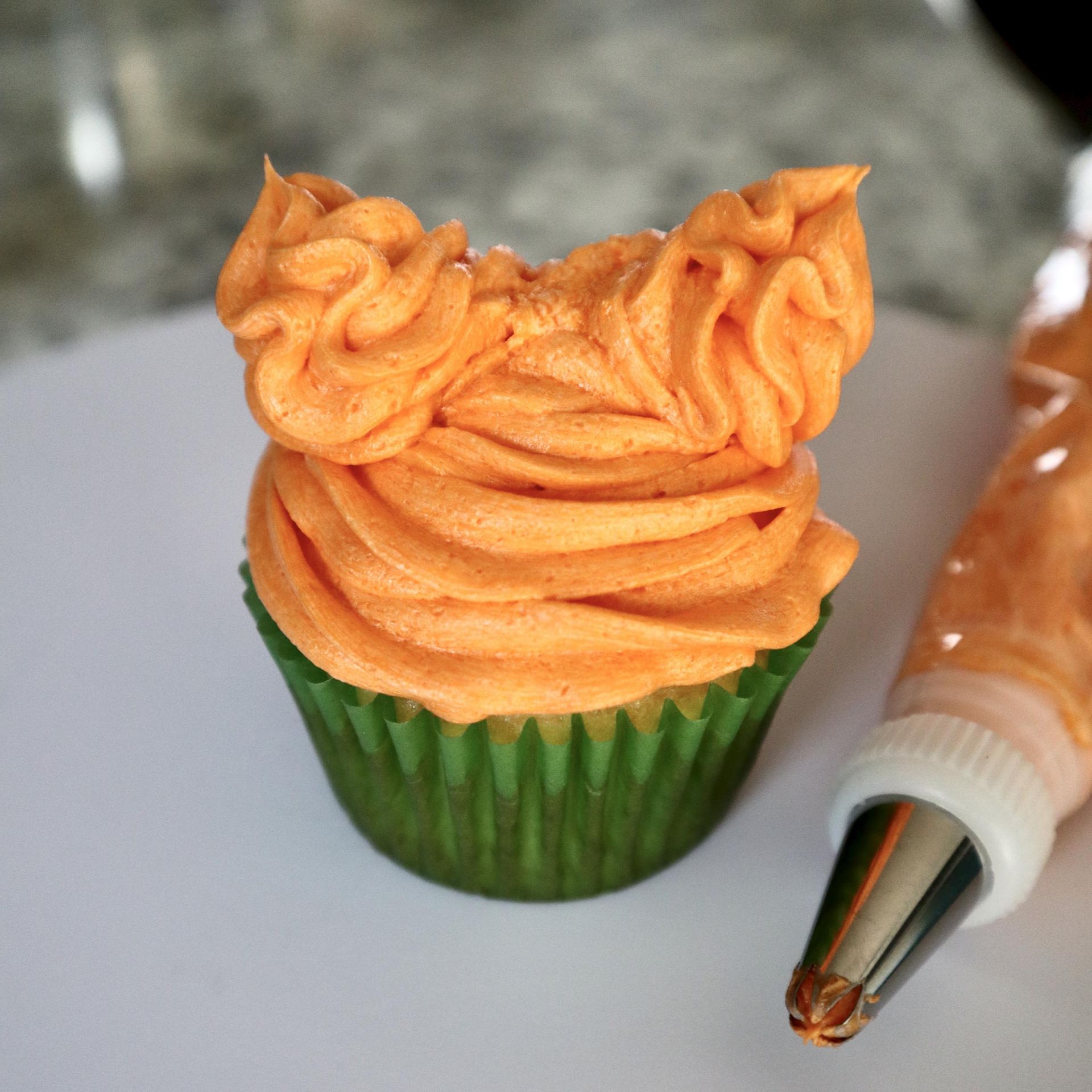 Cover the cupcake in purple icing by adding rings of icing around the cupcake, allowing them to get smaller and taller and slightly leaning to the right. To help support Mary’s leaning hair, stick a toothpick behind the hair to support it. 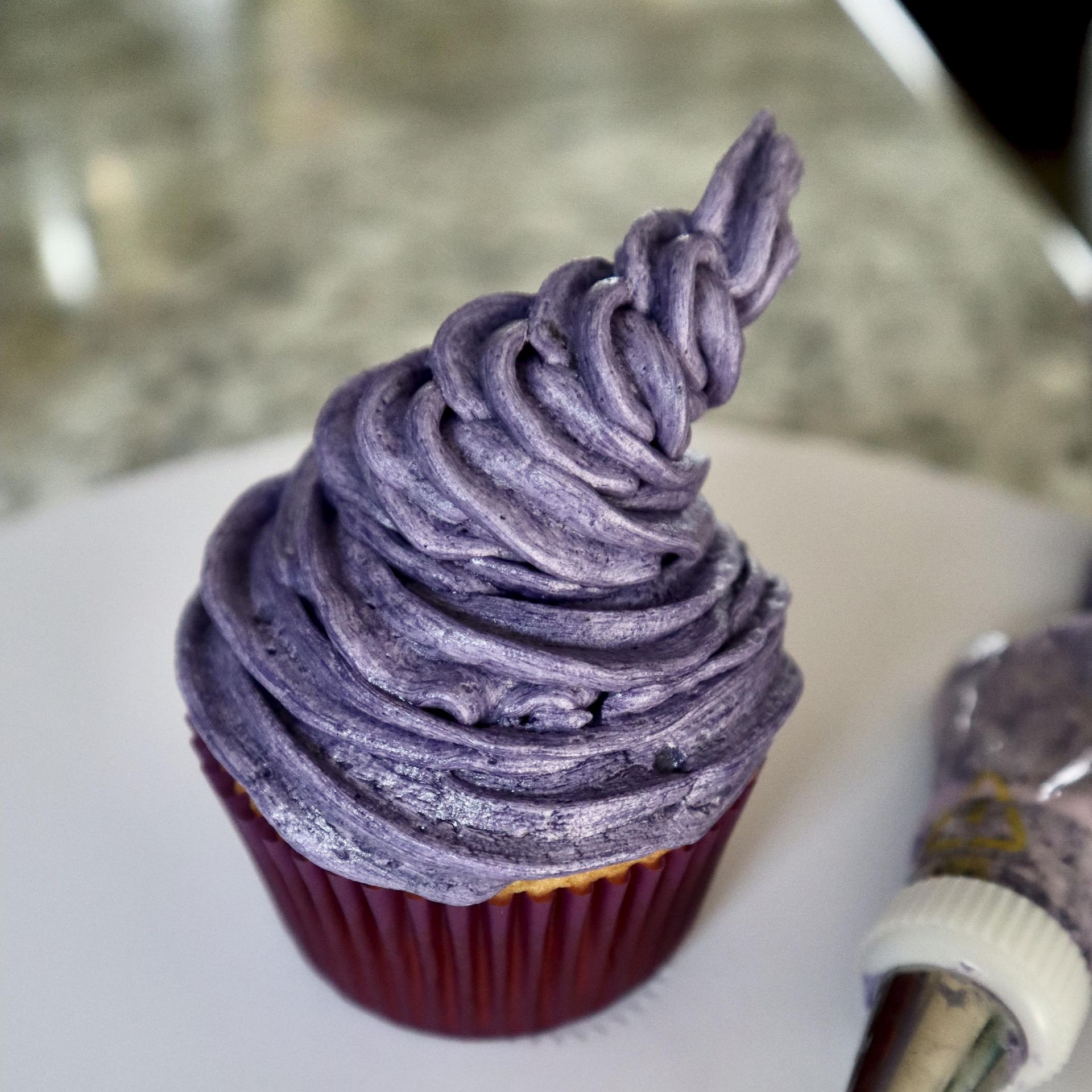 As the final touch for each cupcake, wrap the corresponding Sanderson Sister dress around the cupcake, using tape to secure the wrapper in the back.

Purple and green for Winifred, purple and burgundy for Sarah, and purple and orange for Mary.

(Note – depending on the size of your cupcake, you may want to trim some of the excess paper off of the bottom of the cupcake wrappers to better fit your cupcake.)

This data was provided and calculated by Nutritionix on 9/25/2021. Please note that nutrition information is not always accurate. 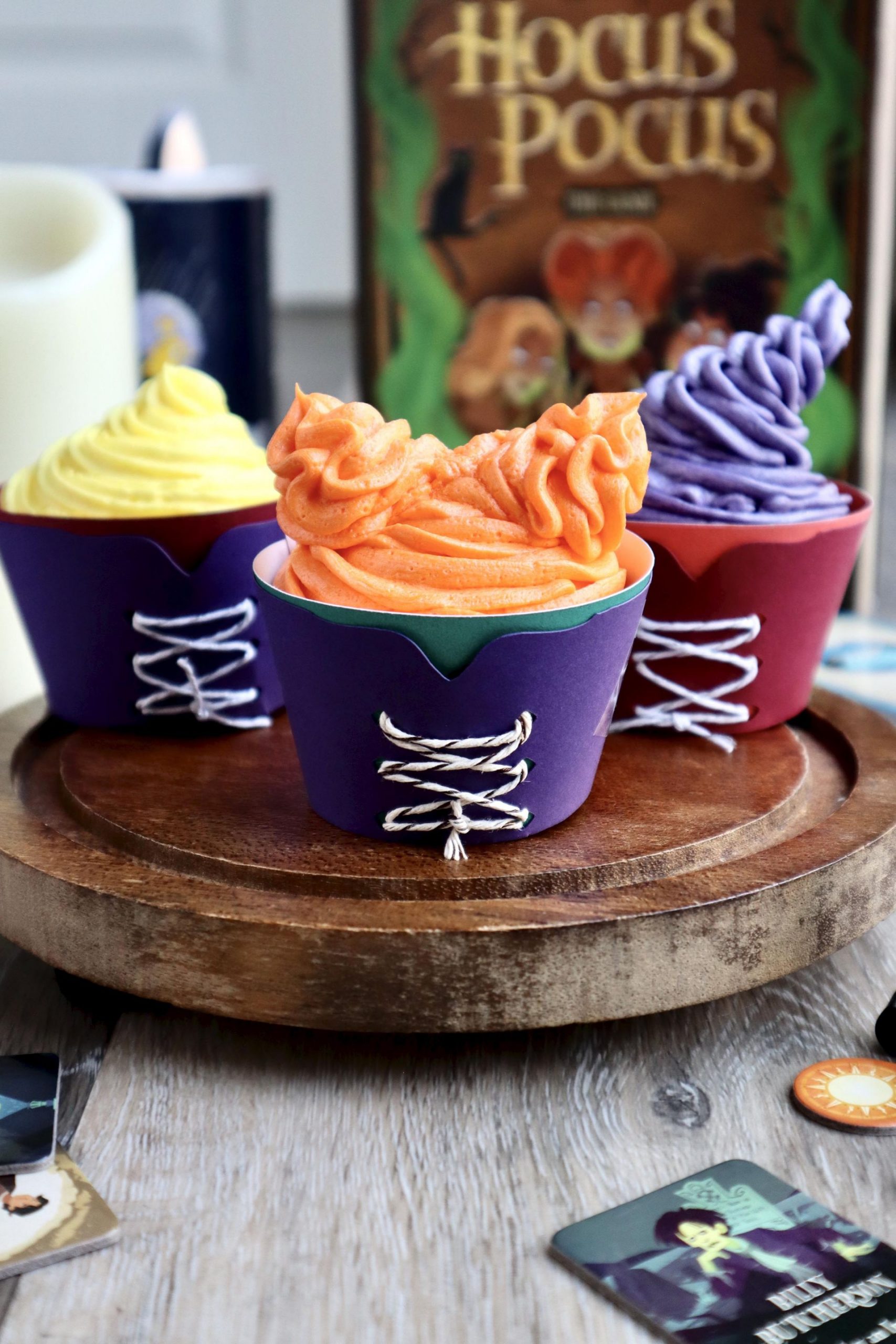 And there you have it!

Time to find the book, brew the potion and suck the lives out of the children of Salem before sunrise. Otherwise it’s curtains. We evaporate! 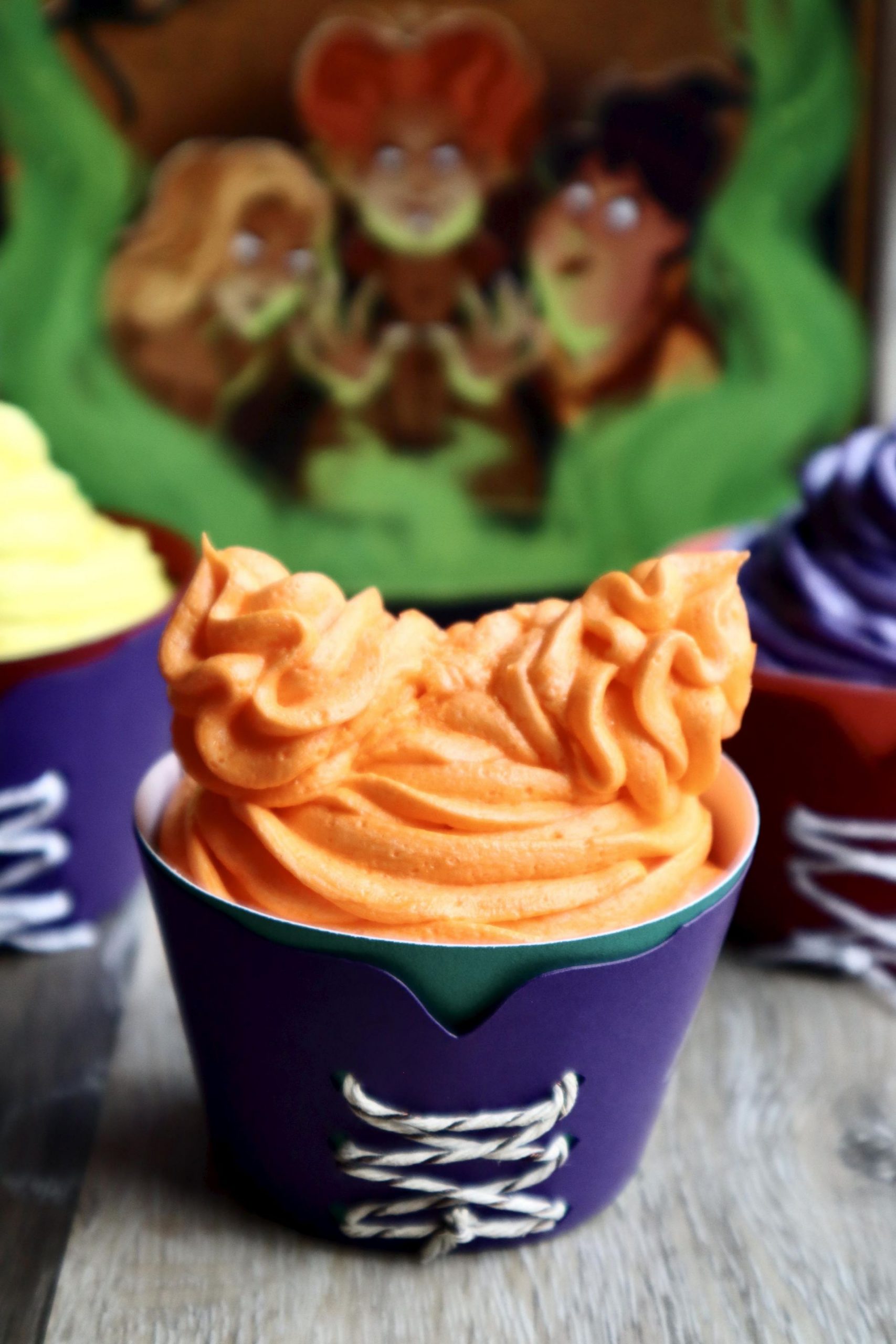 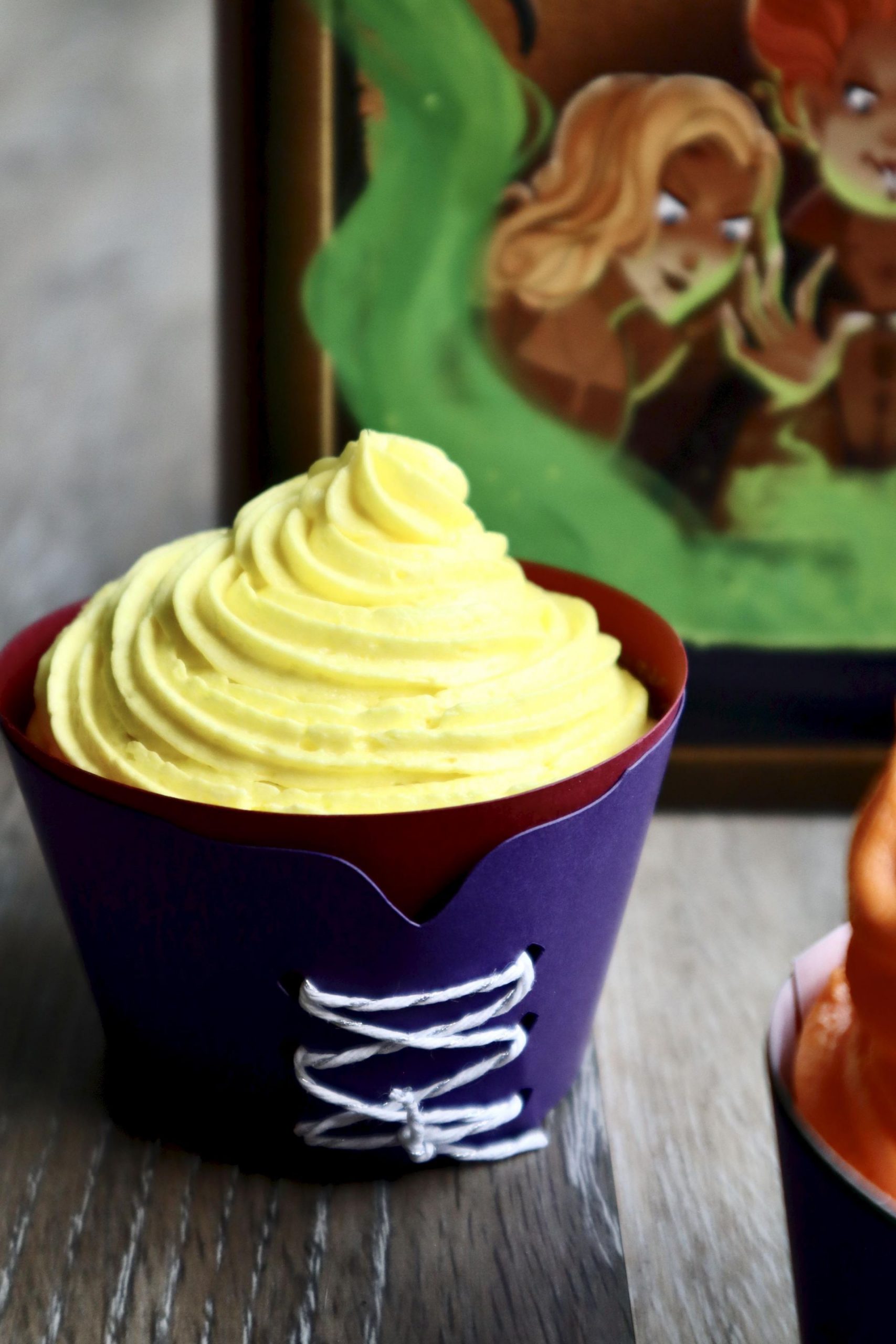