Bring home Blue’s Clues & You! Caring with Blue today and make it a watch party with these fun Blue and Magenta cupcakes, made easy with my printable cupcake wrappers and ears! 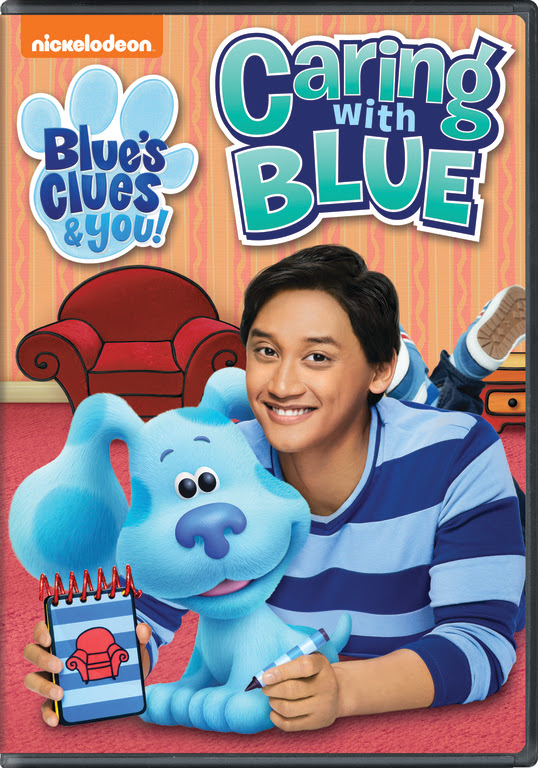 In the new Blue’s Clues & You! Caring with Blue DVD, Blue and her friends play Blue’s Clues to learn about all kinds of emotions–-Josh is feeling silly, Magenta is so excited to get new glasses and Blue is feeling a bit sad. The DVD will also include special episodes from Josh & Blue’s VLOG and eight American Sign Language flash cards featuring Josh and words from the show.

Recently I had the opportunity to interview Josh! Watch our conversation and learn why Blues Clues & You! is important to him, how he takes his own dog to the set, and about a heartfelt conversation he had with Steve.

Blue’s Clues & You! Cupcakes Inspired by Blue and Magenta 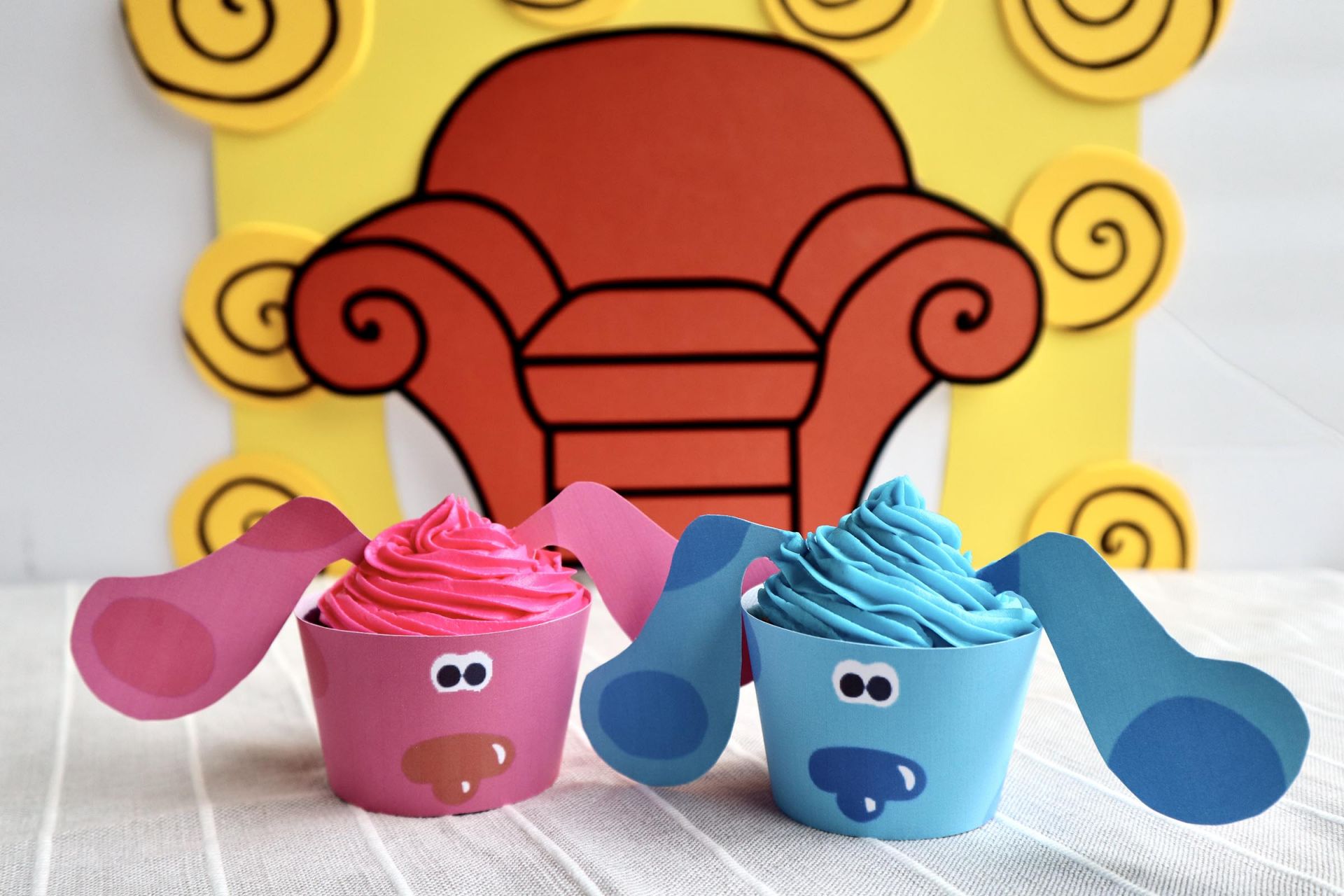 For the buttercream icing, combine the butter, milk, and vanilla in a bowl and mix until smooth. Add the powdered sugar a few cups at a time until it is incorporated.

Ice half of your cupcakes blue and half magenta. 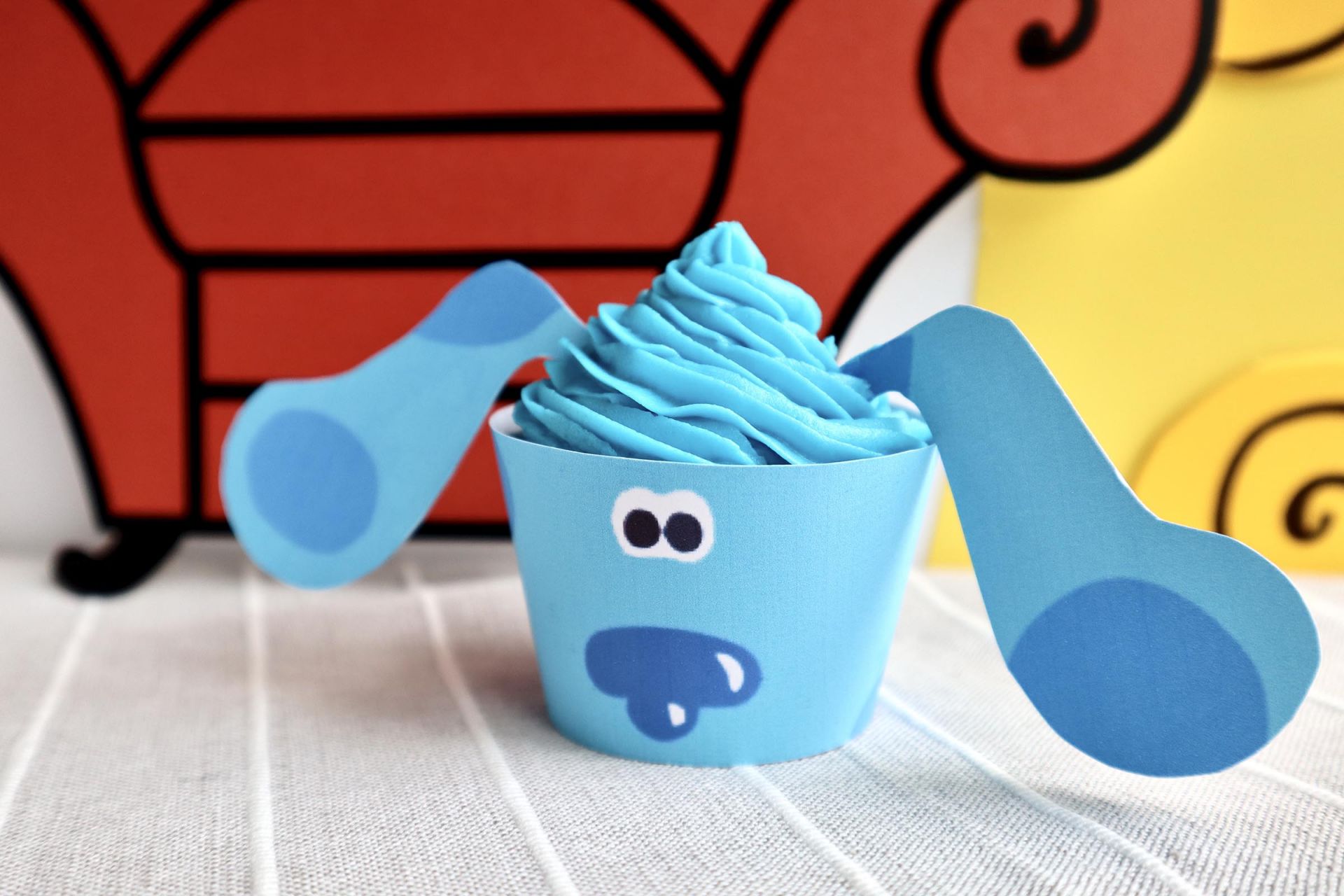 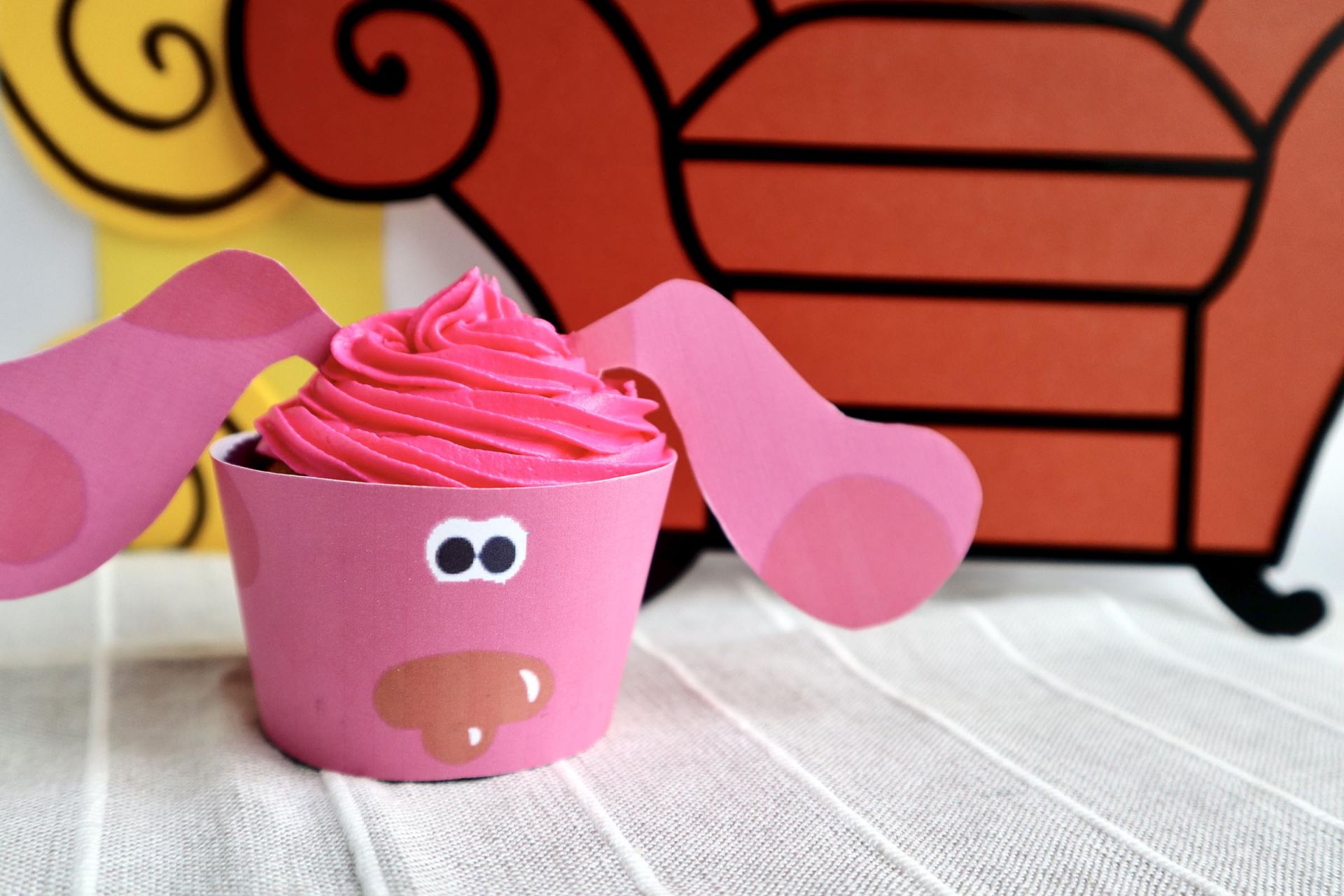 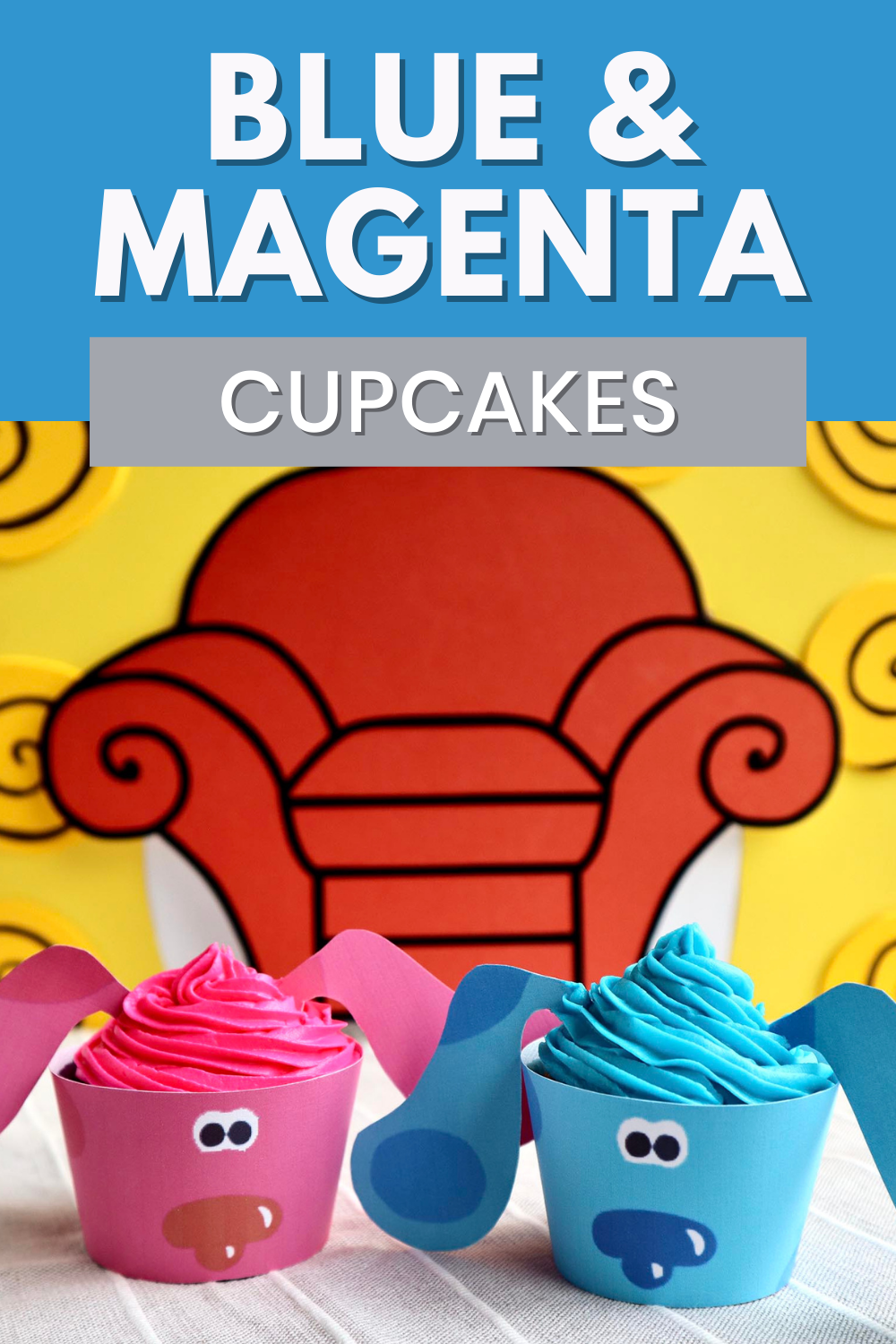 Add some fun cookies to your Blue’s Clues & You! watch party with these cookies inspired by Josh and Blue!