Boba Fett has returned in the latest Star Wars series on Disney+. And if the rest of the season of The Book of Boba Fett is anything like the first episode, we’re in for a big adventure.

What is The Book of Boba Fett About?

The Book of Boba Fett is a thrilling Star Wars adventure teased in a surprise end-credit sequence following the Season 2 finale of The Mandalorian. The series finds legendary bounty hunter Boba Fett and mercenary Fennec Shand navigating the galaxy’s underworld when they return to the sands of Tatooine to stake their claim on the territory once ruled by Jabba the Hutt and his crime syndicate.

The Best Quotes from The Book of Boba Fett Series

Movie quotes frequent my everyday conversations, so of course I’m here to share my favorite Boba Fett quotes with you. Check back throughout the series for new quotes as the episodes are released. 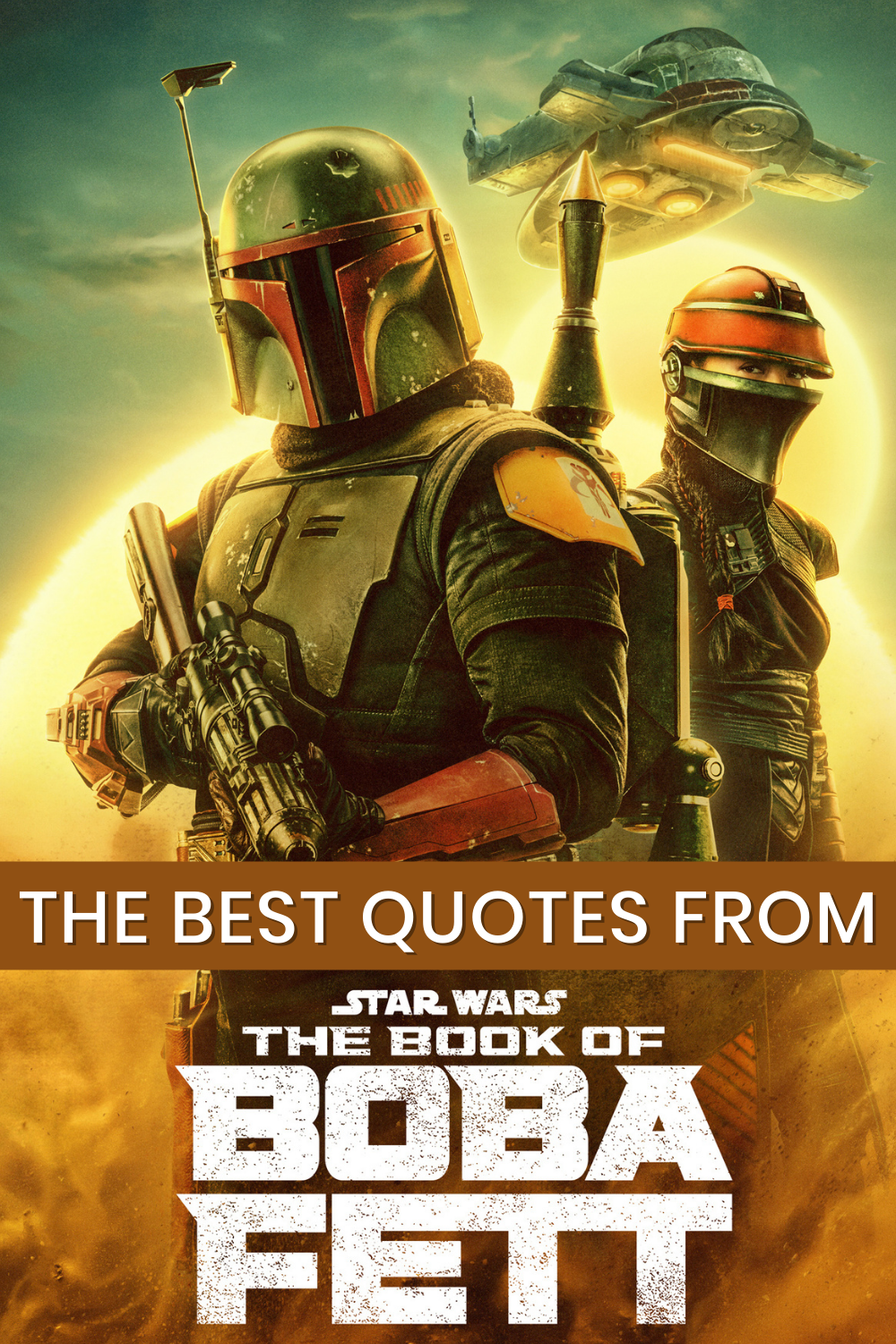 The dreams are back. — Boba Fett

If you had spoken such insolence to Jabba, he’d have fed you to his menagerie. — Fennec Shand 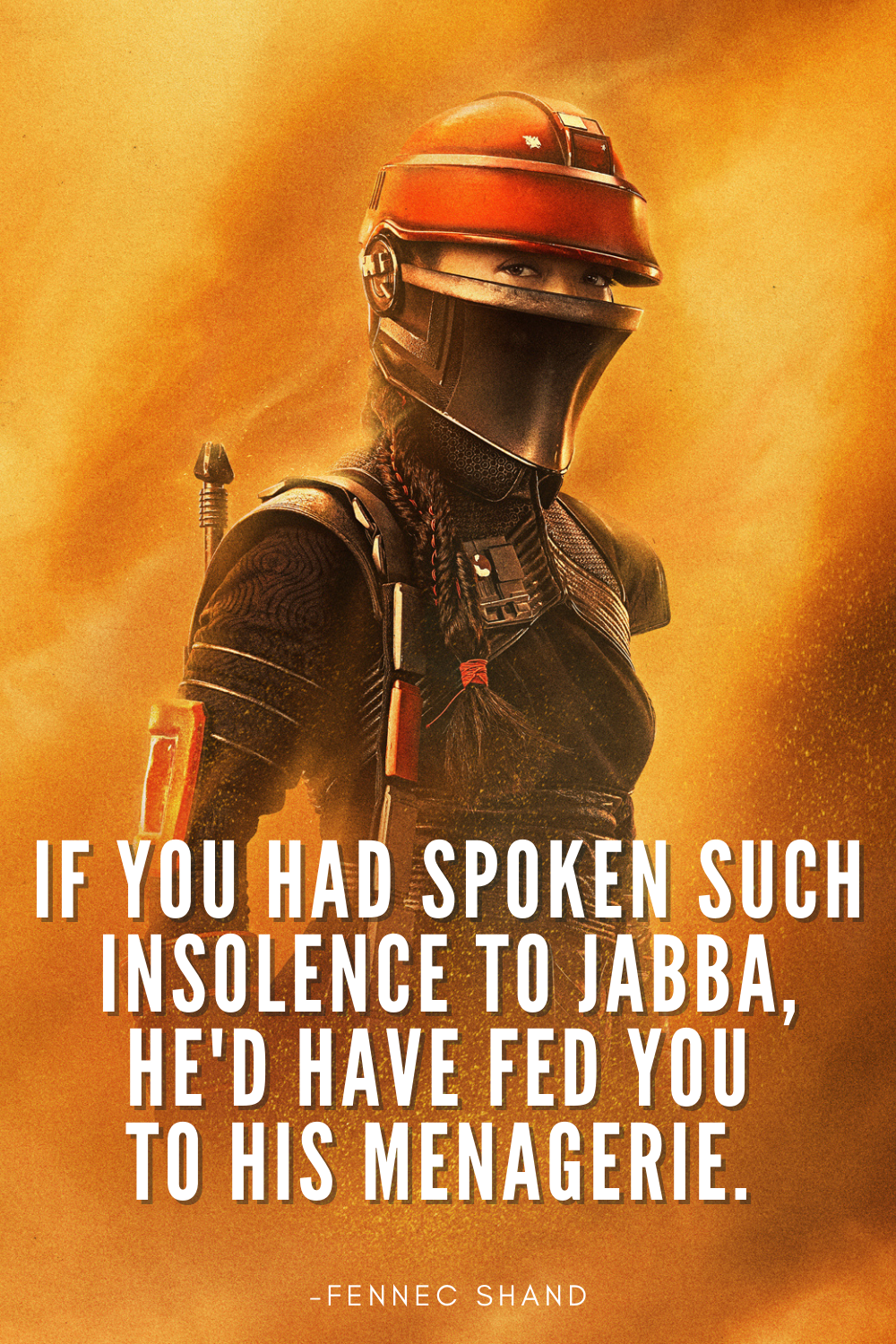 I do not torture. — Boba Fett // Well, respectfully, Lord Fett, on Tatooine you must project strength if you are to be accepted as a Daimyo. — 8D8

I wasn’t carried on a litter. I walk on my own two feet. — Boba Fett 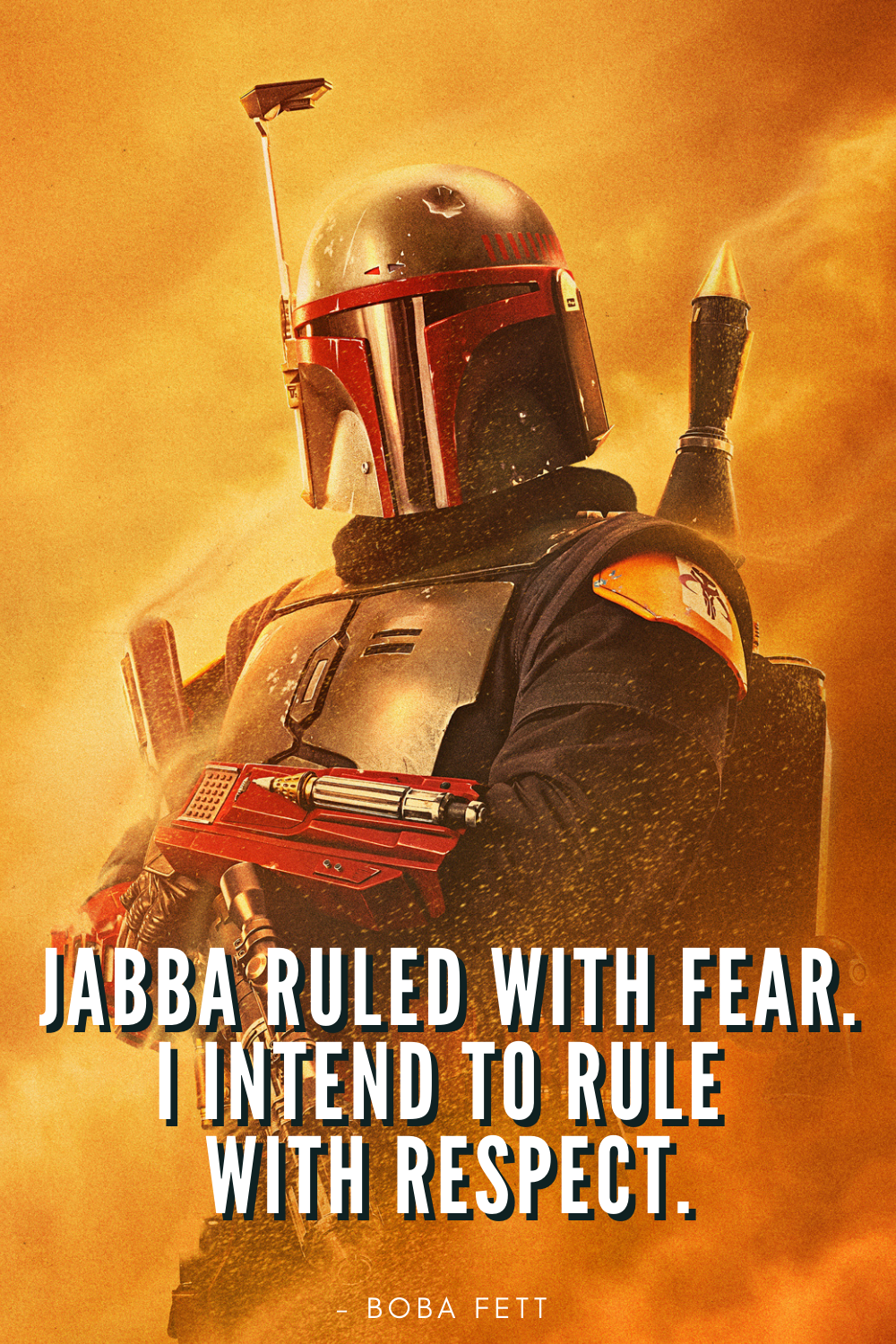 I am not a bounty hunter. — Boba Fett

You should remember, you serve as long as the Daimyo of Tatooine deem it so. — Boba Fett to Mok Shaiz

Here is the tribute I offer, some advice. Running a family is more complicated than bounty hunting. — Mok Shaiz 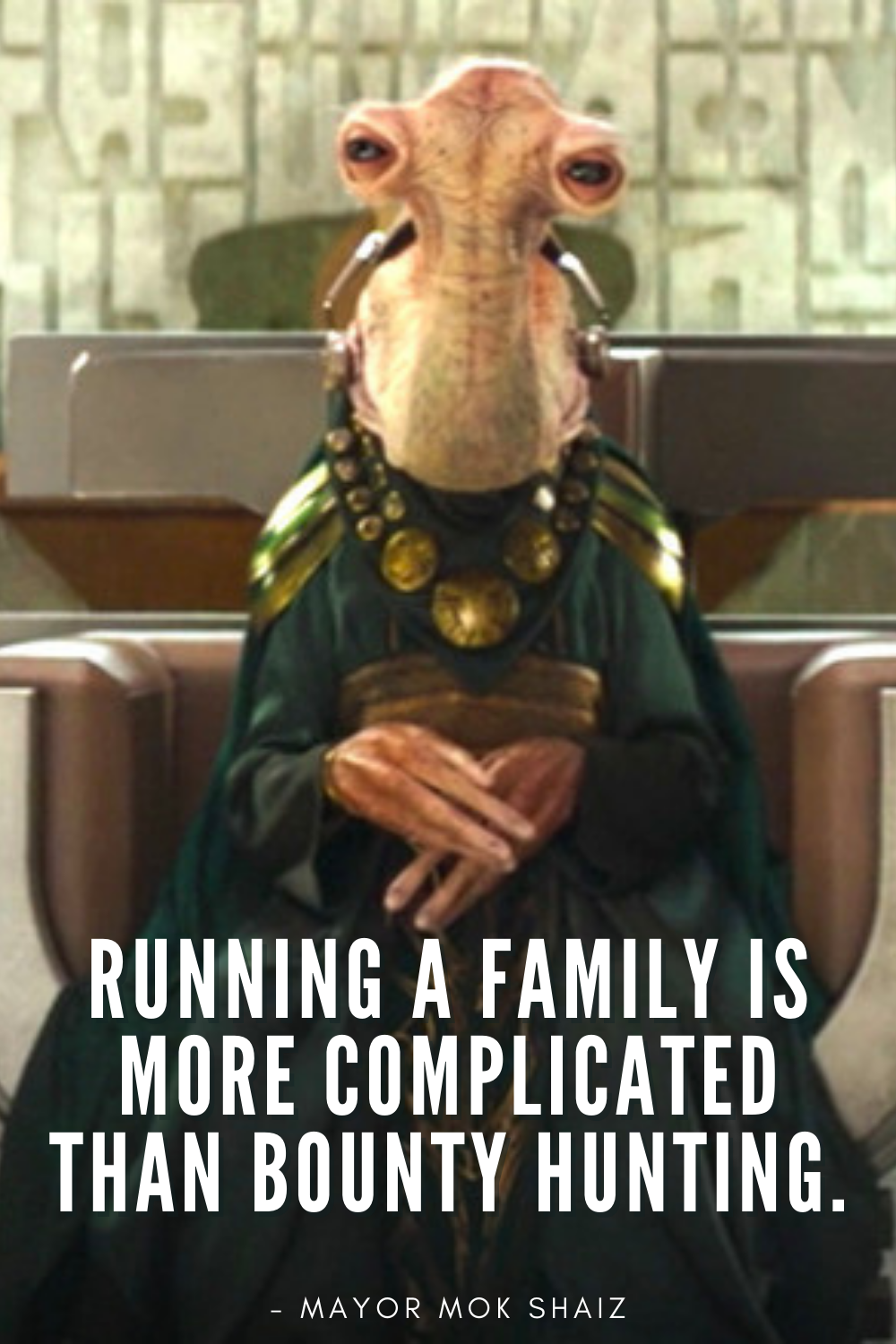 They’re Hutts. We would have to get permission if you wanna kill ’em. — Fennec Shand 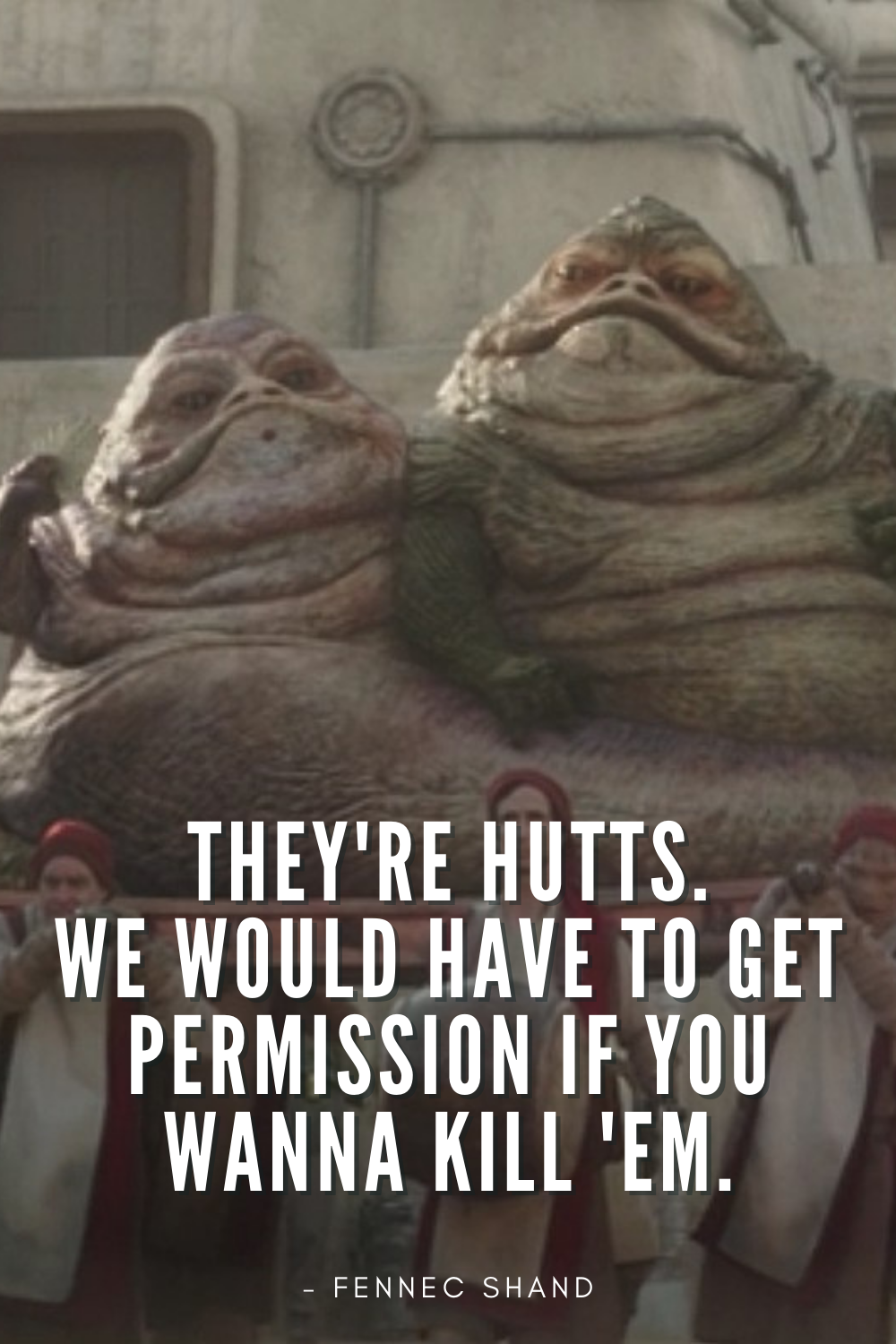 These sands are no longer free for you to pass. These people lay ancestral claim to the Dune Sea, and if you are to pass, a toll is to be paid to them. Any death death from the passing freighters will be returned ten-fold. Now, go back to your syndicate and present these terms. Your lives are a gesture of our civility. — Boba Fett

No one respects you. — Lortha Peel to Boba Fett 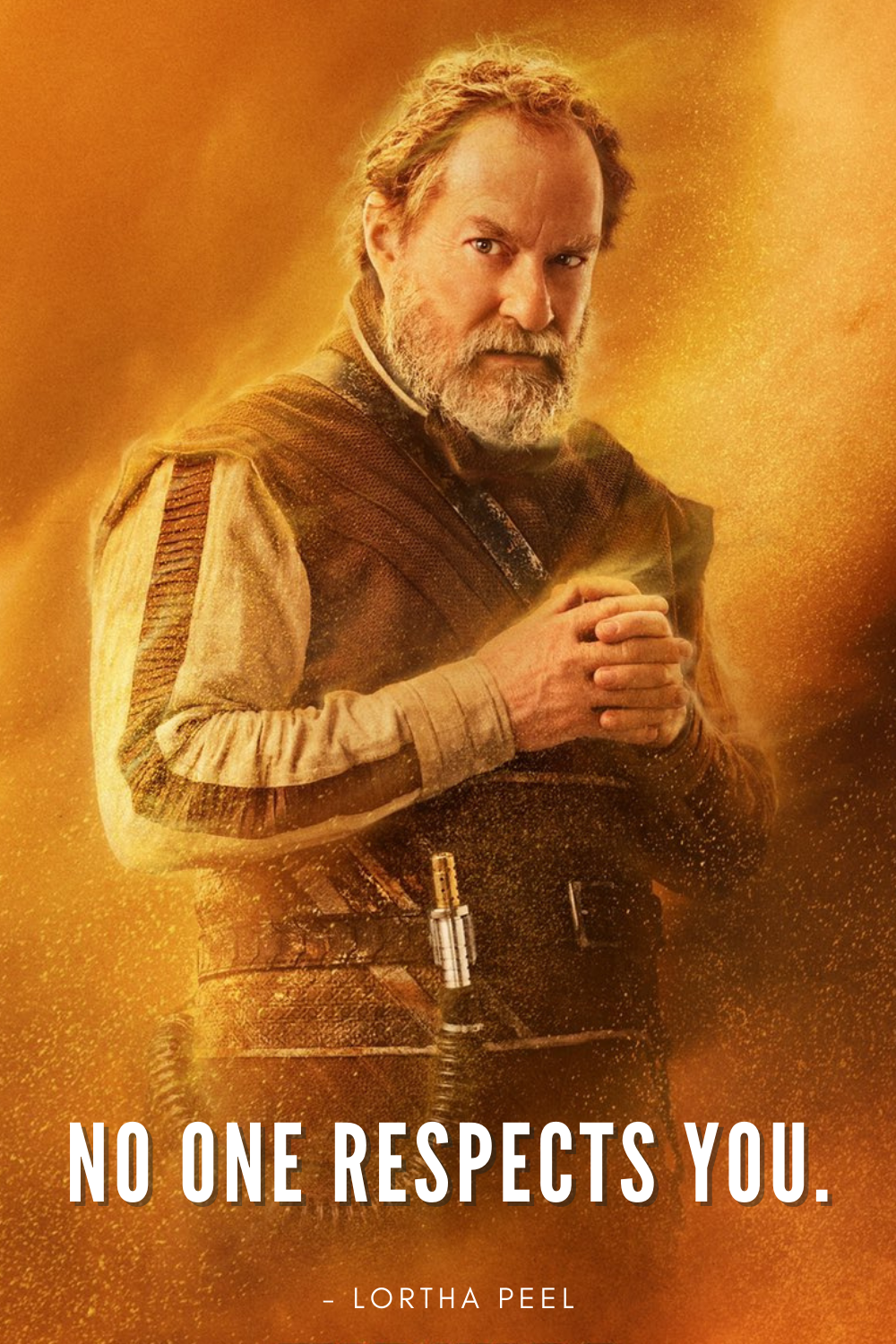 They are half-man, half-machine. They modify their bodies with droid parts to make themselves even more deadly. I beseech you, Lord Fett, rid the streets of Mos Espa of this scourge and I will double my tribute to you. — Lortha Peel about the Mos Espa street gang

You got guts, I’ll give you that. You better fight as good as you talk dank. — Boba Fett to Drash

We don’t want war. Bad for business. — The Hutt Twins 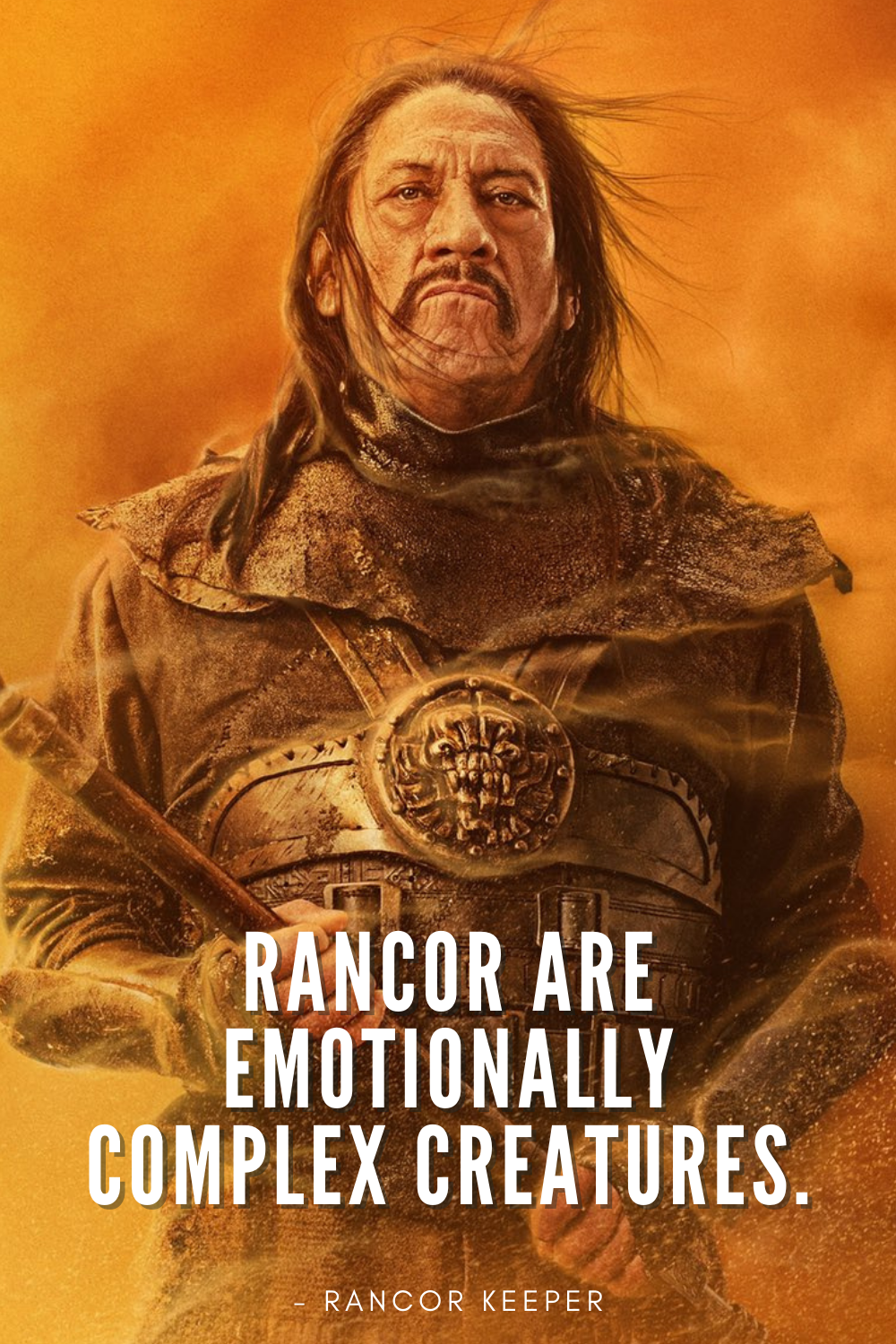