Wizards: Tales of Arcadia, the third chapter of the beloved Tales of Arcadia trilogy, is now streaming on Netflix! I’ve already binge watched the series and I can confirm it is magical, emotional, and visually stunning! If you need more reasons to watch it, read my spoiler-free review for Wizards for six reasons you should embark on this time-traveling adventure.

As I was watching the first episode of Wizards, I gasped when I found several Guillermo del Toro hidden mentions and Easter eggs! I’ll admit, I caught them the second time I watched the episode — after all, these subtle nods aren’t supposed to be obvious, but for the super fans! 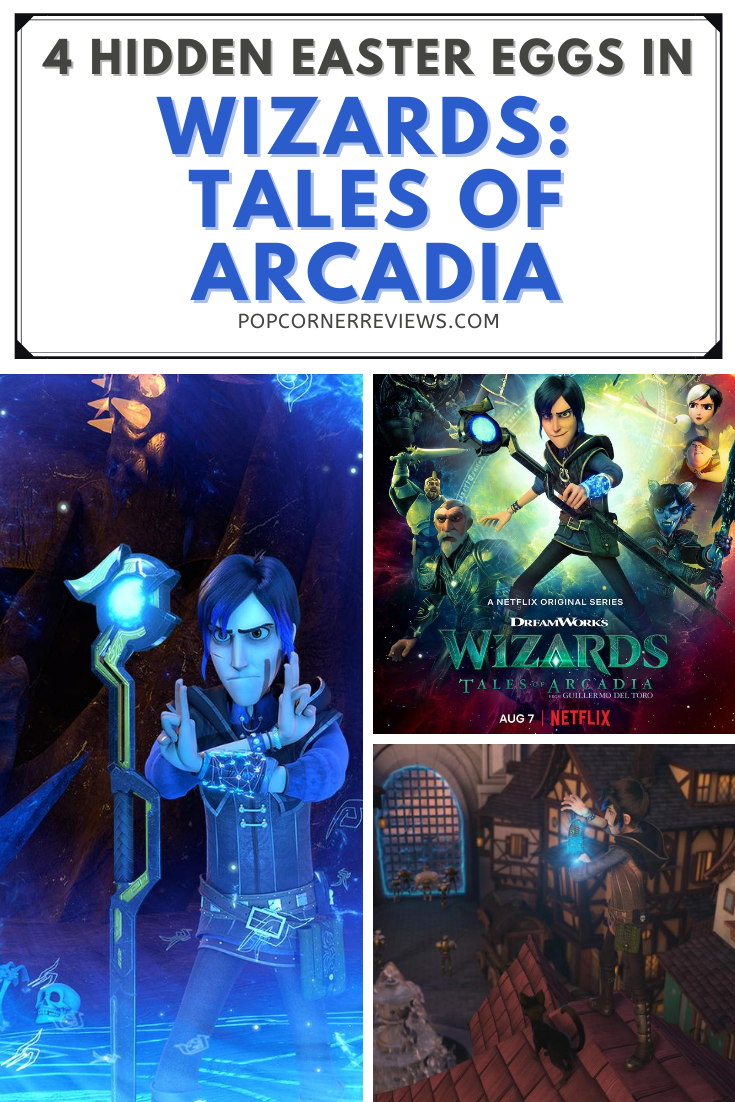 Earlier this week, I had the opportunity to interview the Executive Producer for the series, Marc Guggenheim, as well as Colin O’Donaghue who voices Douxie — and you better believe I asked them to confirm or deny these Guillermo del Toro Easter eggs!

Watch their response below (or read on for more information).

As Marc said in the interview, “The GDT Bookstore is itself an Easter egg because if you go back to the 3Below show that predates Wizards, you’ll actually see the GDT Bookstore in the background of Arcadia. We were very intentionally planting that seed, knowing that we then go to see the inside of the store.” – Marc Guggenheim, Executive Producer of Wizards: Tales of Arcadia

Wizard-in-training Douxie works at GDT Arcane Books, which can also be spotted in earlier Tales of Arcadia episodes. But the name has more significance than you might realize. “GDT” actually stands for Guillermo del Toro!

Once inside the bookstore, the scene pans around the room and we catch sight of many oddities and antiquities. If you pay attention, you’ll notice a portrait above the fireplace of Guillermo del Toro, the creator of the series himself.

When the dark magic starts, the light flickers and you’ll notice the room change (also like The Haunted Mansion ride at Disney!).  We see Guillermo del Toro’s portrait above the fireplace change to look like HP Lovecraft’s Cthulhu, which has features of both an octopus and a dragon in human form.

What other Easter eggs have you spotted? Drop them in the comments below! I can’t wait to discover more. 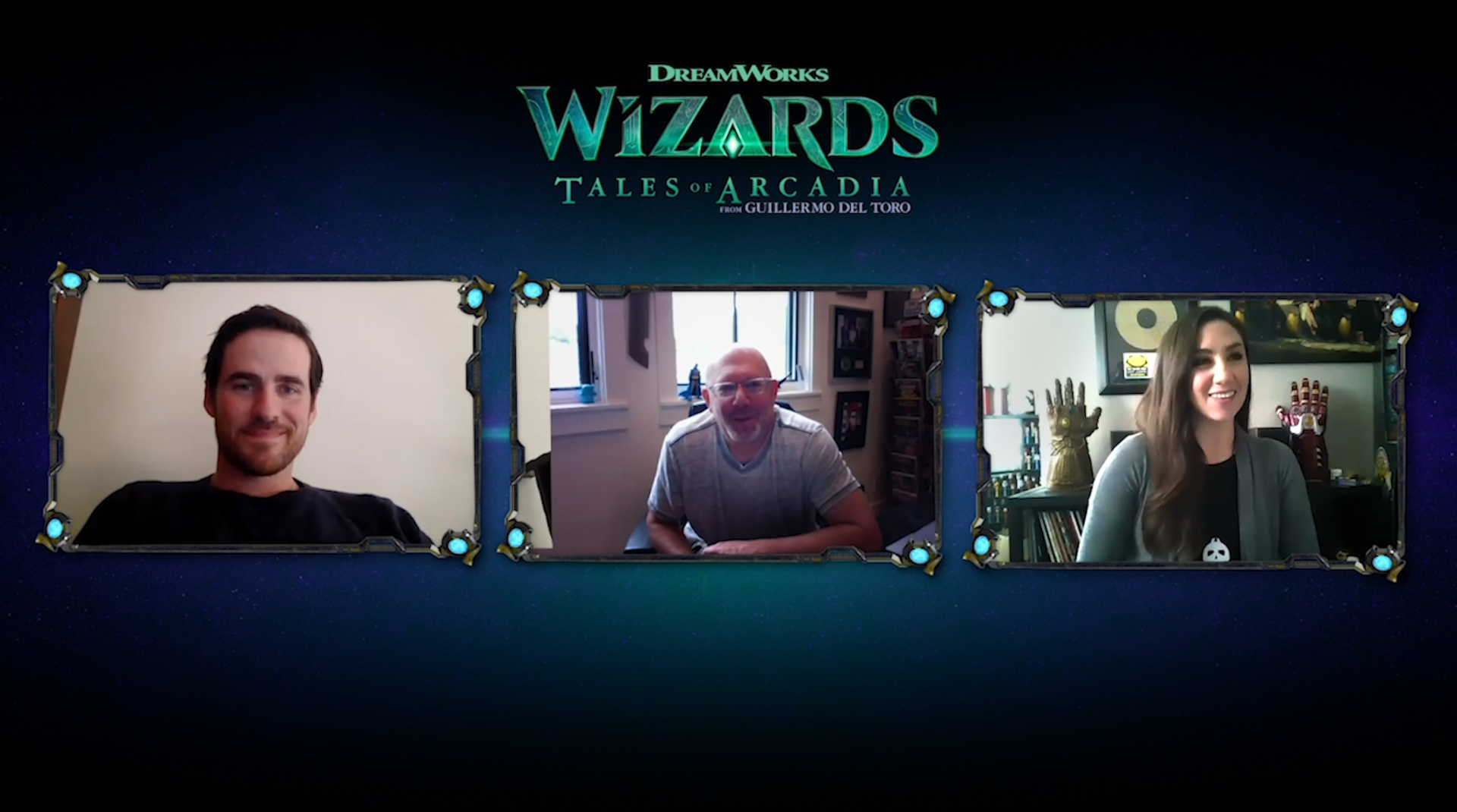 ^^ That moment when Colin O’Donaghue and Marc Guggenheim realize you’re a total nerd for spotting all of the GDT Arcane Books Easter eggs…. I’m not mad, I’m proud!