Let’s be honest, post-apocalyptic movies feel a little too relatable this year… but luckily, we haven’t had any monsters show up yet (knock on wood).

In Paramount Pictures’ Love and Monsters, starring Dylan O’Brien, Jessica Henwick, Michael Rooker, and Ariana Greenblatt, we get to imagine what life would be like with a Monsterpocalypse added into the mix. 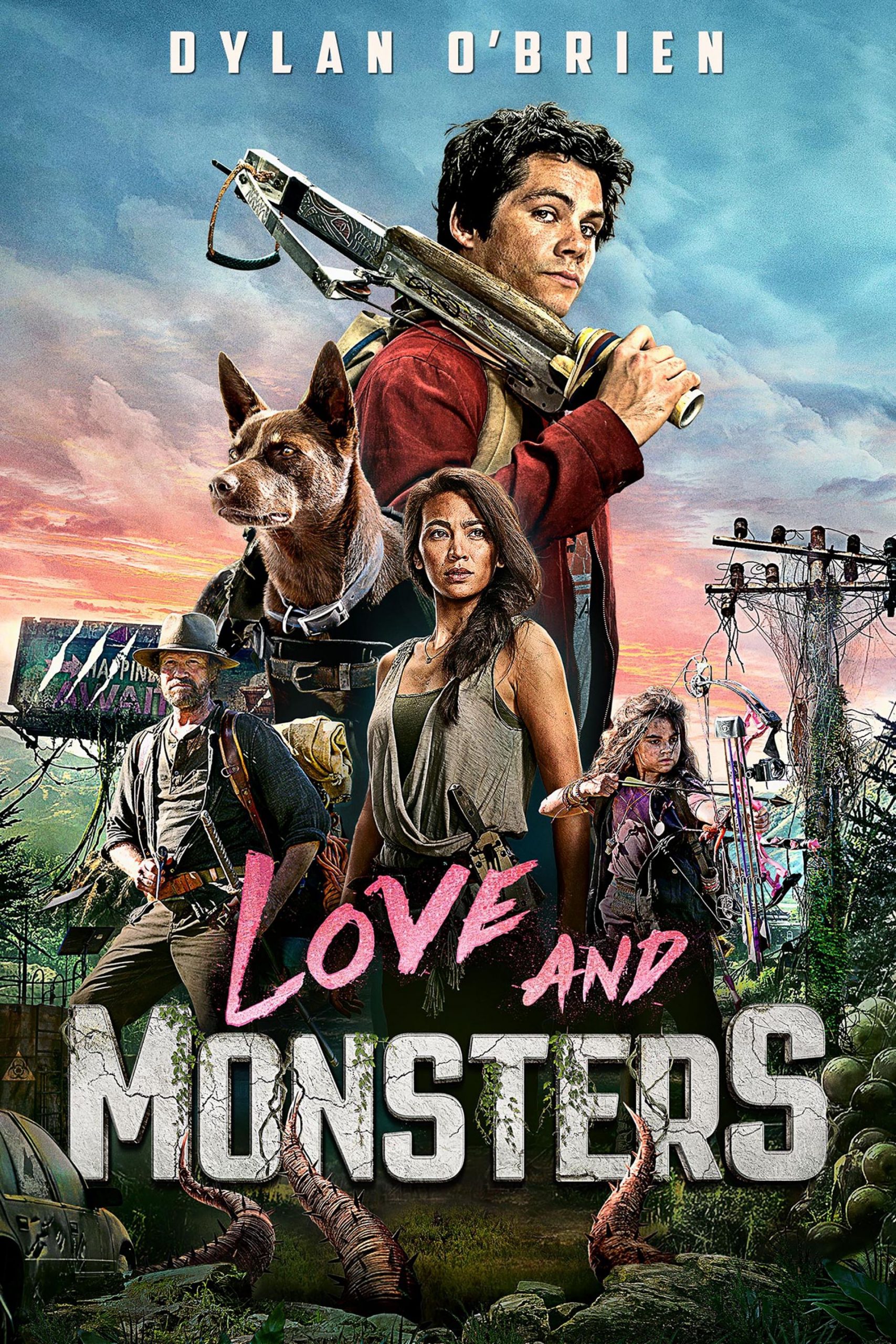 Life After a Monsterpocalypse…

When humanity was faced with the Agatha 616 asteroid, the threat of imminent destruction required powers across the globe to unify and blow up the impending doom with, well, rockets.

The world was saved from the asteroid, but the after effects of the rockets’ chemical compounds brought a new threat to humanity… mutated cold-blooded creatures. And when I say mutated, I mean huge, blood-thirsty, rabid reptiles and amphibians. The world is now theirs, and the human survivors must now live underground in bunkers, pillaging for supplies whenever they can risk being exposed to the monsters that live above. 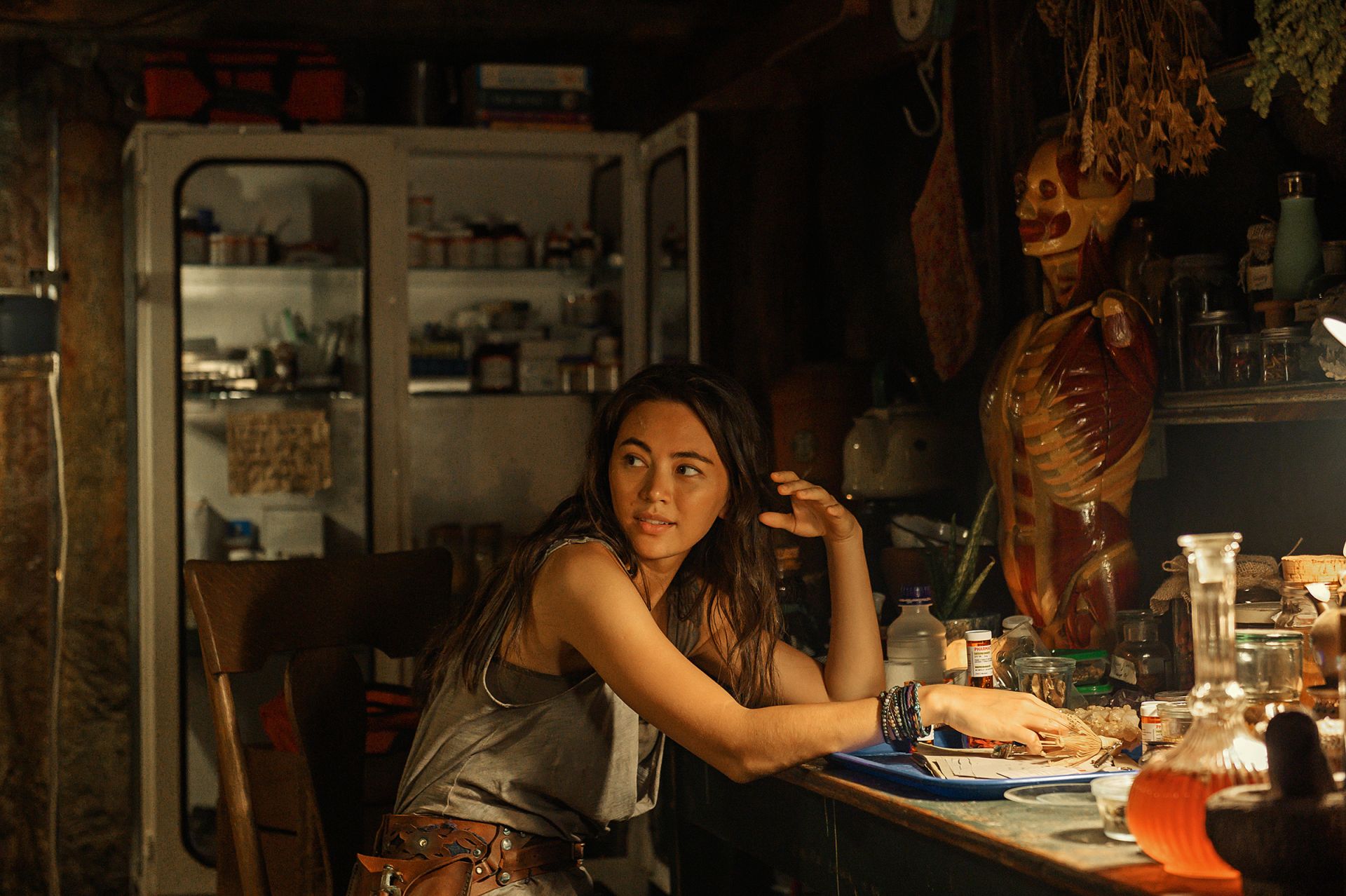 While the world as we know it may no longer exist, love is still the name of the game. After all, no one wants to die alone at the end of the world. It’s at this intersection of love and monsters that we find 24 year old Joel Dawson (Dylan O’Brien), who after reconnecting over radio with his high school girlfriend Aimee (Jessica Henwick), sets out on an 80 mile trek, determined to find love while facing his fears and learning a few things along the way. 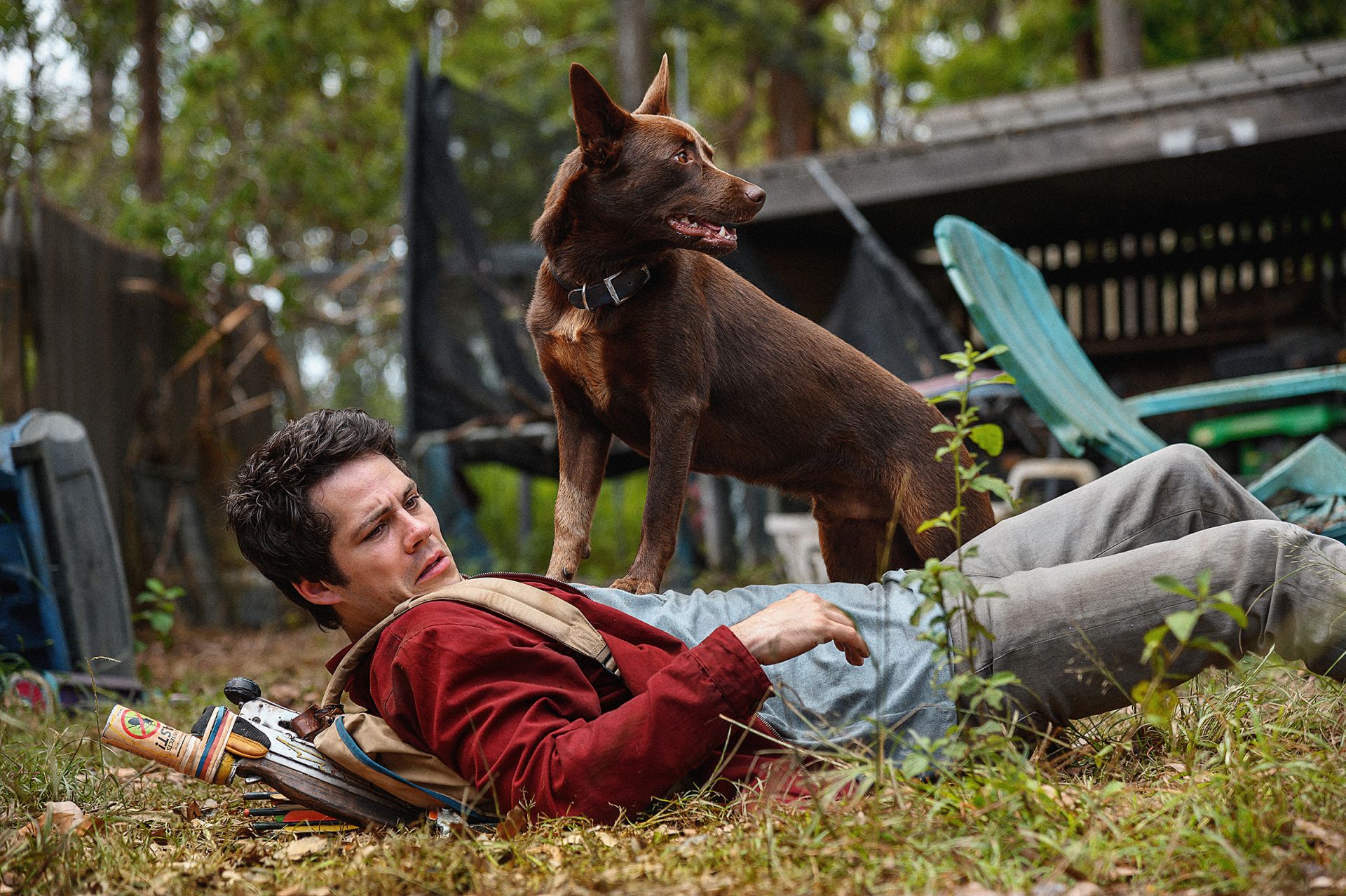 A Journey of Determination and Realization

While actor Dylan O’Brien is no new-comer to post-apocalyptic roles (you may remember him from The Maze Runner Trilogy), his character Joel Dawson certainly is, but that doesn’t make him any less determined.

Joel was just a normal teenager when tragedy struck in his California town, and when he was abruptly pulled away from his safe suburban home and family, he finds himself somewhat shellshocked for the next seven years. Yes, he finds a new “family” in his colony, but he always feels on the outs since everyone else is coupled up in his bunker. He’s the go-to colony chef, but he wants to be known for more than just his minestrone.

He’s young and naive — not just about love, but about the fierce, dangerous world he now lives in. So when he decides to set out on an 80 mile trek to find his old high school girlfriend whom he recently re-connected with on the radio, he’s in for a rude awakening.

Yes, he faces his fair share of actual monsters on his journey, but even more challenging at times, he faces inner demons — guilt, loneliness, fear. It’s while he’s searching for love and acceptance that he finds that he already has all he needs in his family colony, but without this journey full of monsters, he never would have found this realization, self-worth, and forgiveness that he so desperately needed. 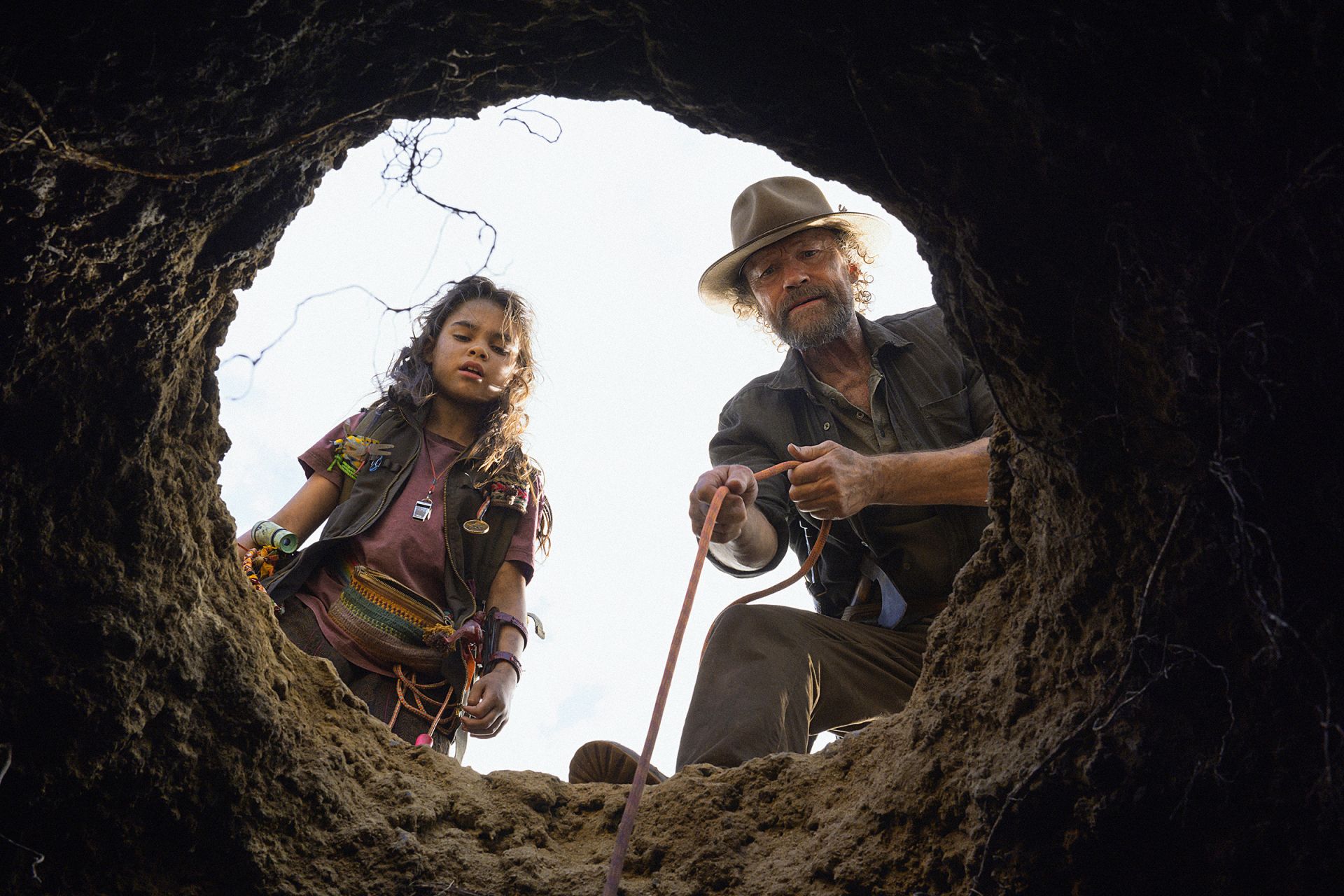 Michael Rooker and Ariana Greenblatt are the Perfect Pair

While Love and Monsters is about Joel’s journey, it’s Michael Rooker and Ariana Greenblatt that stole the show. Oh, and of course the dog Boy was another favorite!

Both actors from the Marvel Cinematic Universe, Rooker and Greenblatt’s Clyde and Minnow are a rough, tough, and practical pair that save Joel (more than once), providing him with not only monster knowledge, but life knowledge.

They have the BEST rules… like you can have a hot meal or a good night’s sleep, NOT BOTH!

But they also lay it out straight for Joel and tell him not to settle… even at the end of the world. (We all need someone to tell us like it is every now and then.) 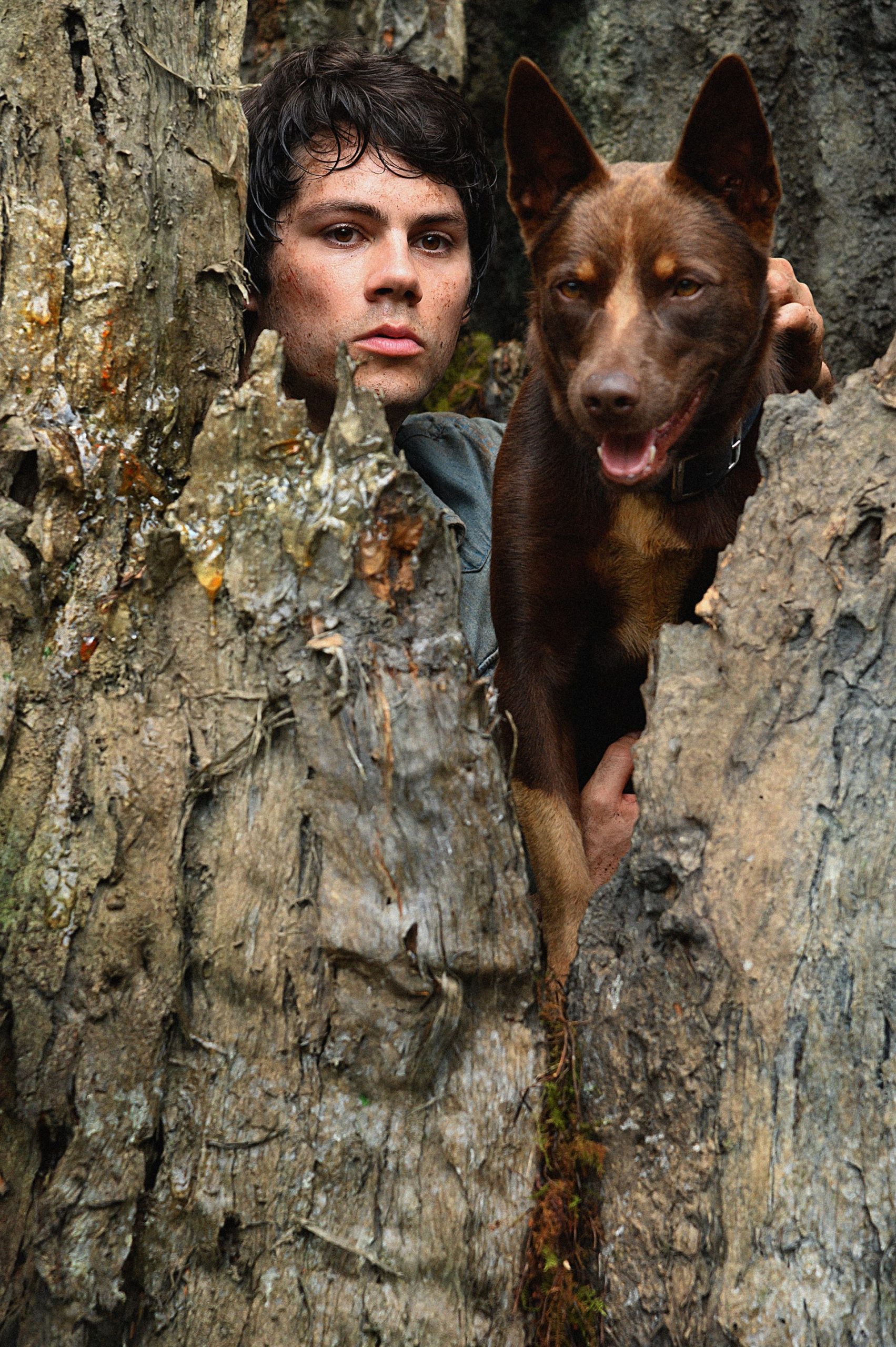 If you’re looking for a new movie to watch — they’re hard to come by right now! — Love and Monsters is a fun story that’s not too scary or gory, but still provides plenty of heart racing and enjoyable moments. While there are plenty of monsters in the film that look creepy and cool, this isn’t a movie that’s focused on monster battles and violence, but rather a young man’s journey to overcome and find forgiveness, acceptance, and love. 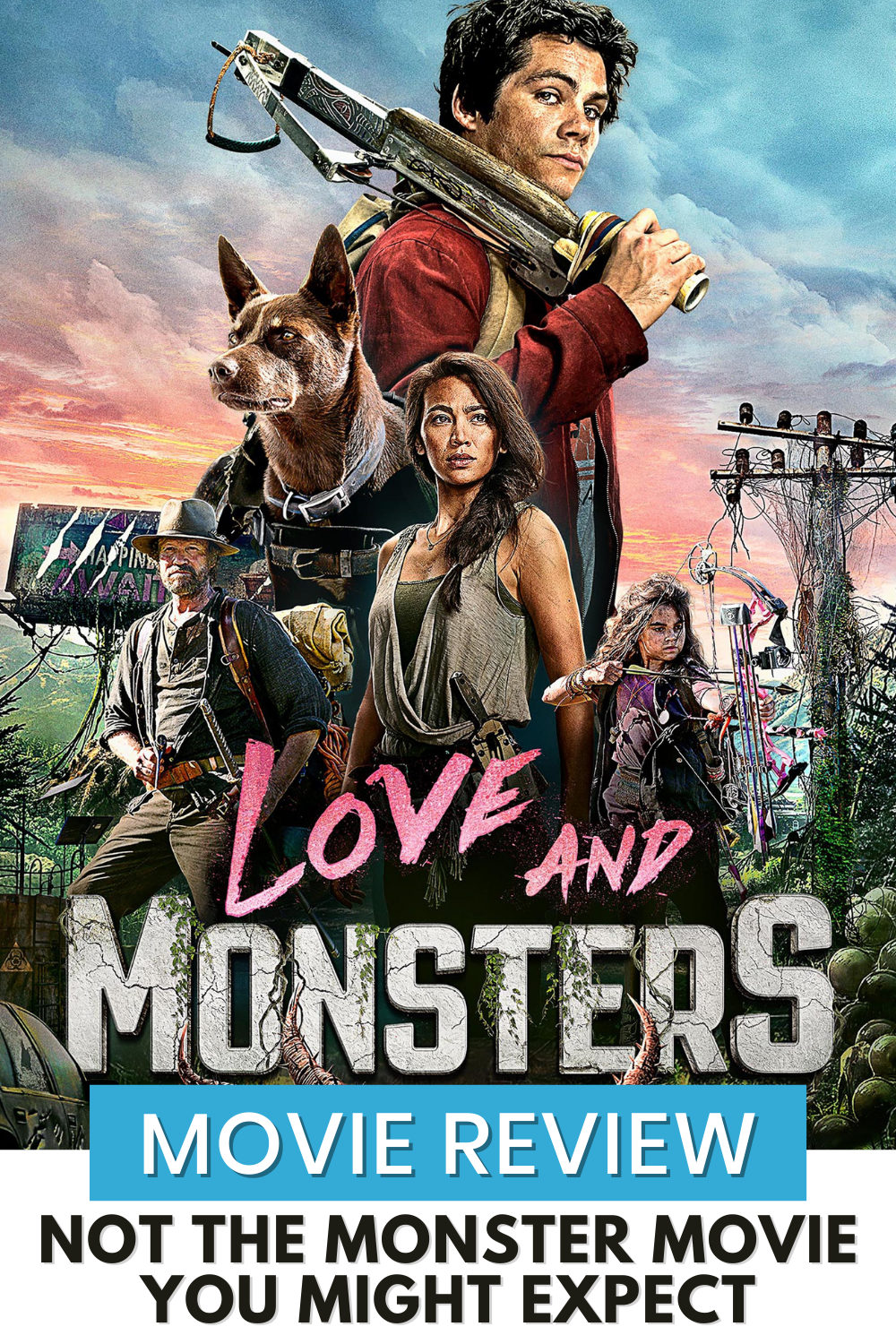 Love and Monsters is now available to rent or purchase on video on demand (VOD) platforms.