If you’re like me, you just finished the season finale of WandaVision on Disney+ and are now emotionally and mentally spent. Talk about an amazing series by Marvel Studios!

And while I didn’t want WandaVision to end, it hurts a little less knowing we will have a brand new Marvel series coming to Disney+ this month!

Of course, I’m talking about The Falcon and the Winter Soldier. While this series was originally scheduled to hit Disney+ in 2020, it’s now time for the six-episode series to debut on March 19. 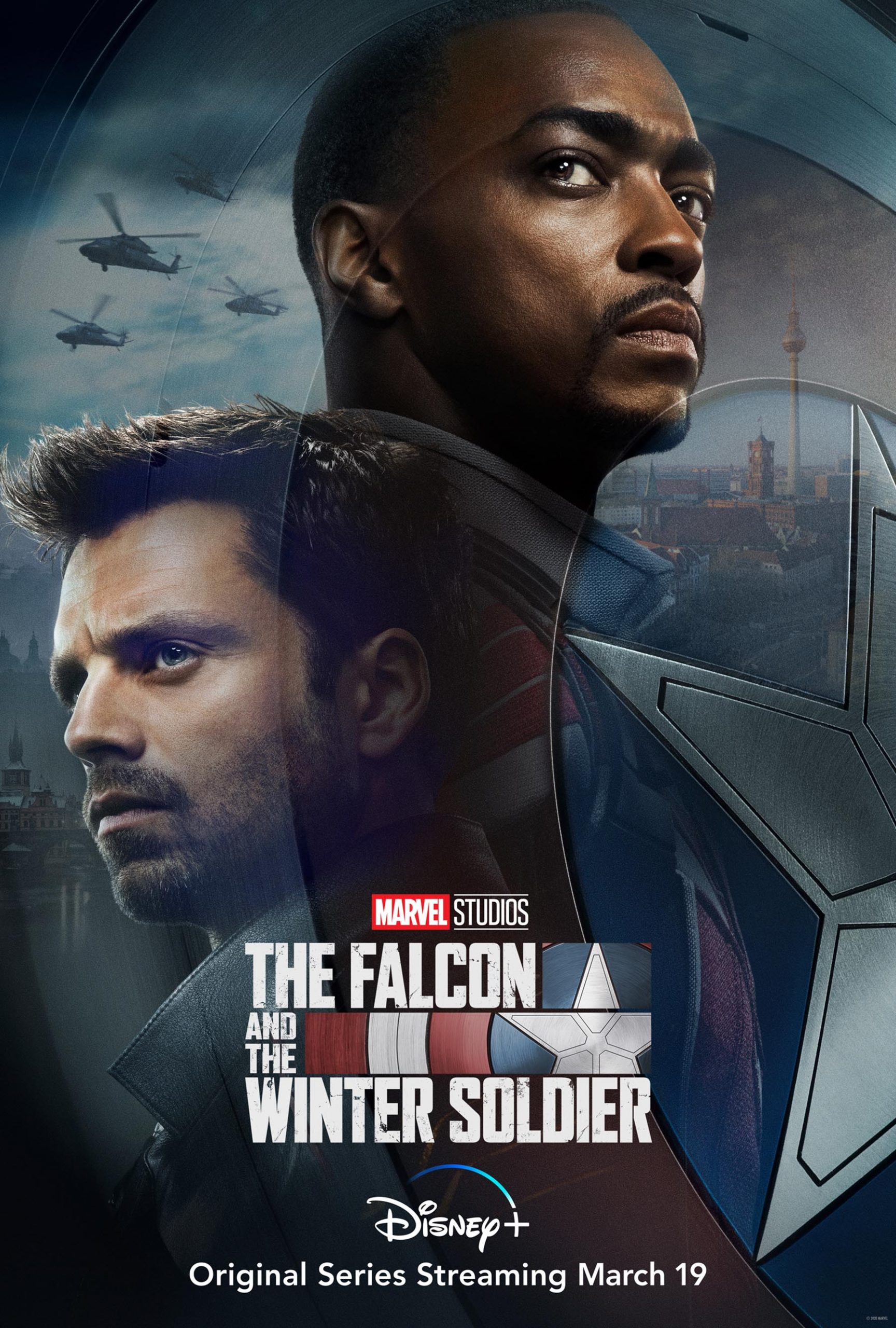 What Marvel Movies Should I Watch Before The Falcon and the Winter Soldier?

While we don’t know exactly how long after the events of Endgame that the new Marvel TV series, The Falcon and the Winter Soldier, takes places (or where it takes places), there are three movies (and two bonus ones), that will make for a good refresher course. 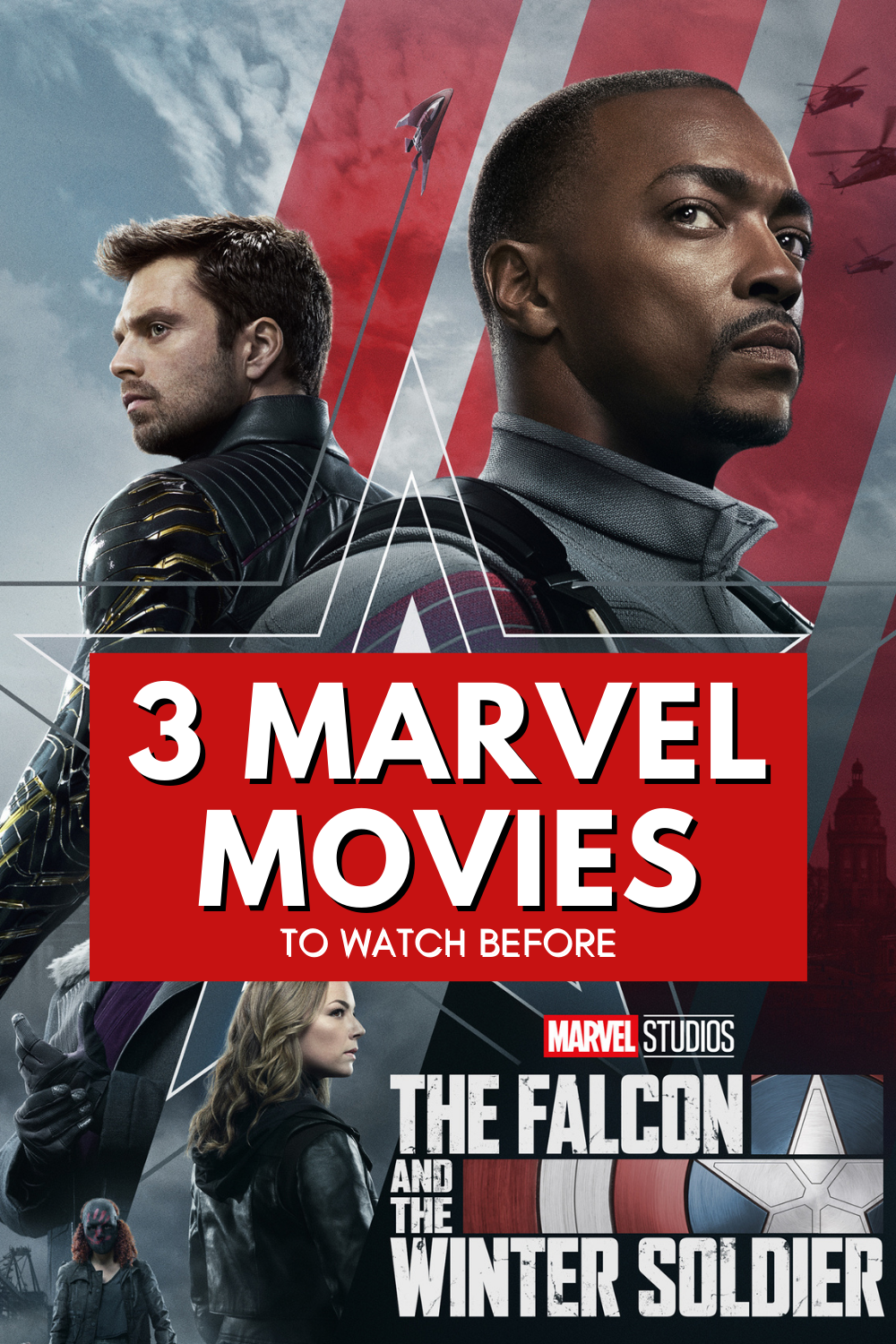 Here are the 3 Marvel movies I’ll be watching prior to The Falcon and the Winter Soldier.

Go back to the beginning and see where the story began for Steve Rogers and his best friend Bucky Barnes (aka The Winter Soldier) in the early 1940s.

While this is technically the origin story for Captain America, in its own way, it is also the starting point for Bucky’s journey. While the duo teamed up to fight Hydra and the Nazis, Bucky fell to his death… or so we were led to believe. 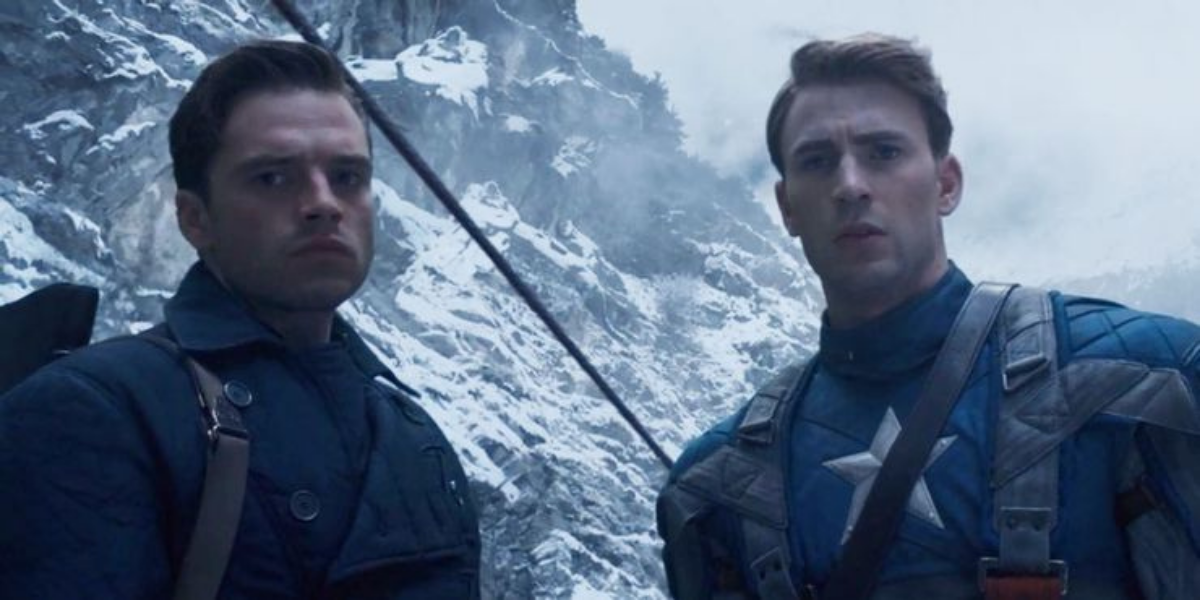 In Captain America’s second character film, this present-day story takes us on another hunt to discover a secret Hydra mystery and the identity of The Winter Soldier. Of course, the Winter Soldier turns out to be Steve Rogers’ best friend from the 1940s who was thought to be dead. 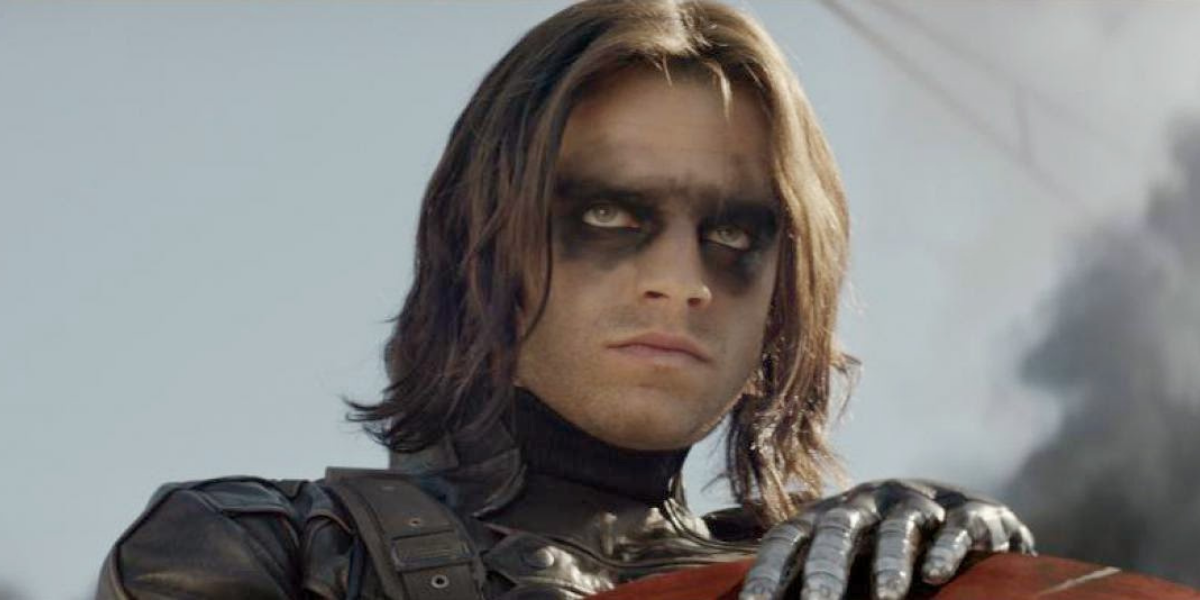 And while The Winter Soldier has no memory of his life as Bucky Barnes, Steve is determined to get through to his friend and help him recover from whatever experiments and brainwashing he has been under.

This movie establishes one of the best quotes from the MCU — “I’m with you ’til the end of the line.” First said by Bucky to Steve in a touching flashback and then later in the movie by Steve to The Winter Soldier. 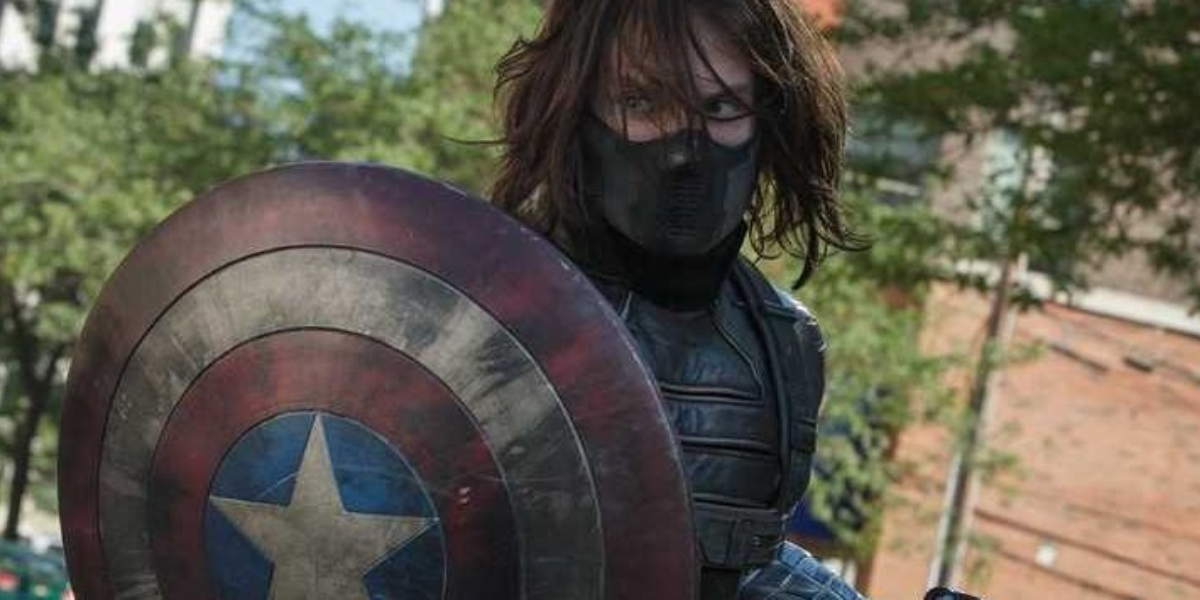 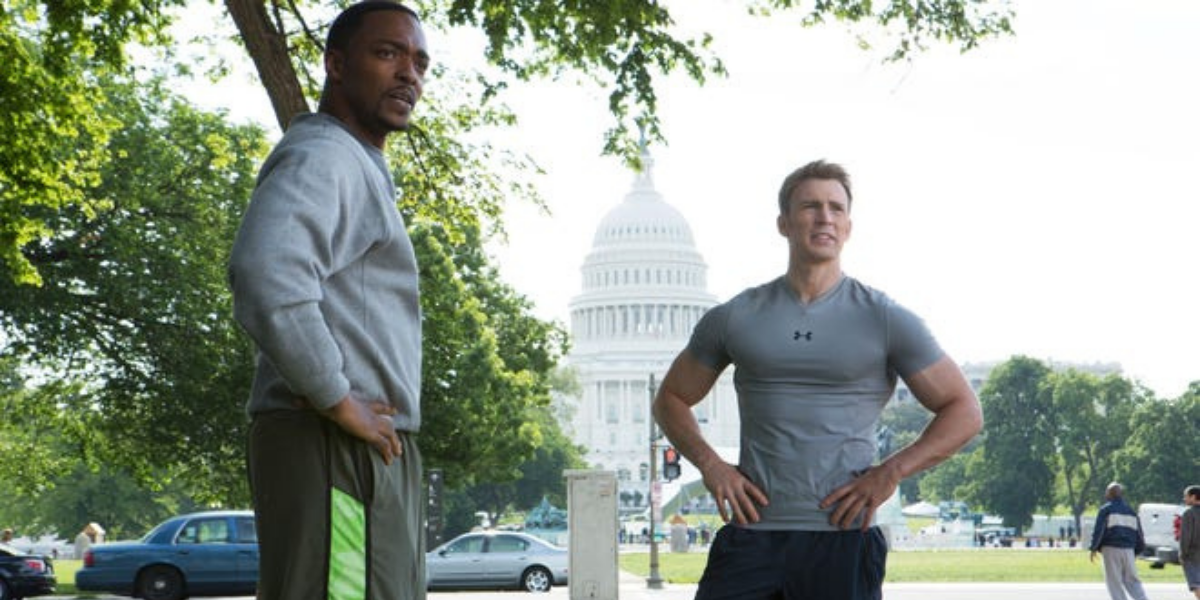 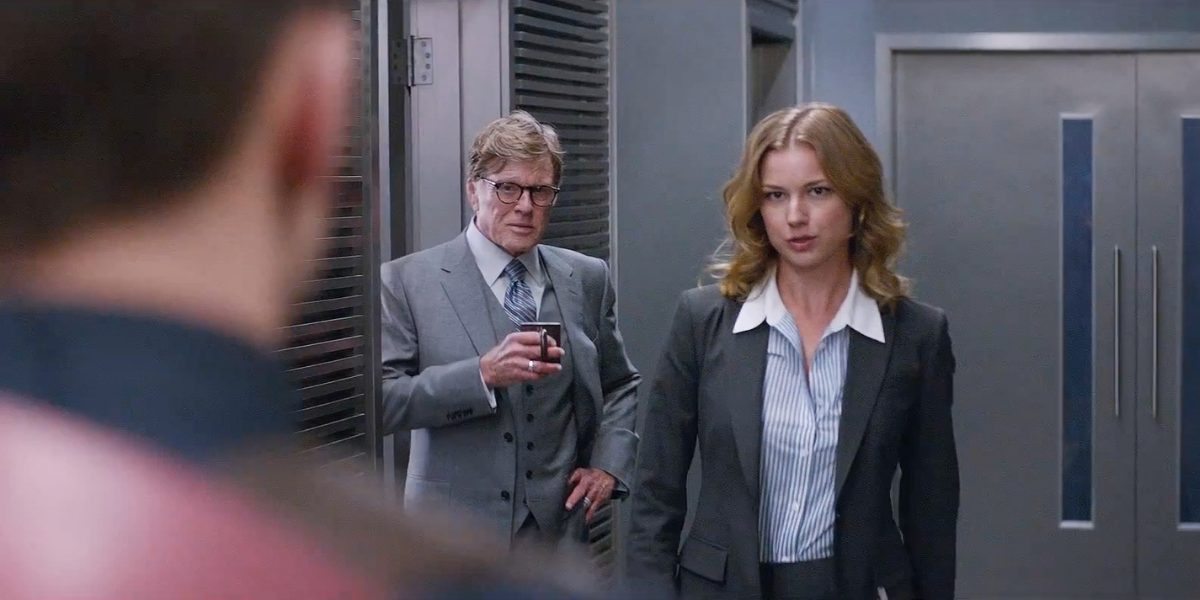 Probably the most important movie to watch prior to The Falcon and the Winter Soldier is Captain America: Civil War.

Not only does this movie see Steve Rogers, Bucky Barnes (aka The Winter Soldier), and Sam Wilson (aka The Flacon) take the side against Tony Stark regarding the Sokovia Accords, it also establishes a hilarious love-hate (more hate at this time) relationship between Sam and Bucky and introduces a new Marvel villain named Zemo (who will appear in the upcoming series). 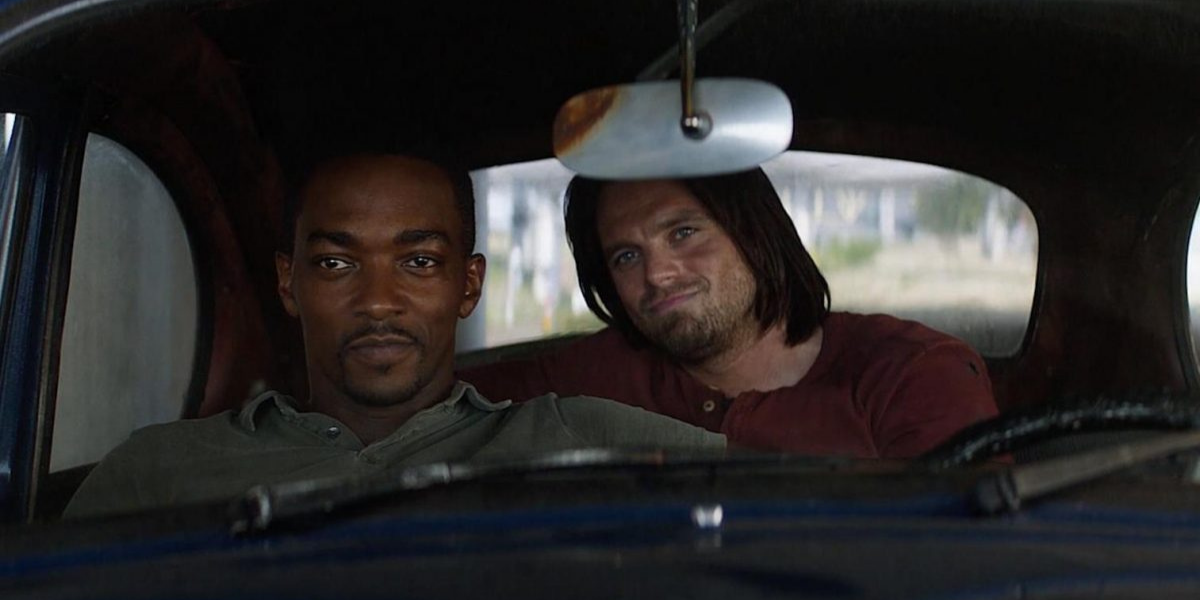 Zemo is revealed as the mastermind behind the chaos that enfolds throughout the film, including the bombing of a United Nations Conference where King T’Chaka of Wakanda is killed, the planting of evidence to incriminate Bucky Barnes, as well as the individual who uncovers and shares the truth behind the murder of Tony Stark’s parents. Zemo, in turn, uses the information to drive the final wedge between Captain America and Iron Man, ultimately dividing the Avengers even further.

But why is Zemo going through all of the trouble? At the end of the film it’s revealed that his family was killed during the destruction of Sokovia during Avengers: Age of Ultron, and like others, he is determined to bring justice and revenge upon the Avengers. While Zemo is eventually captured by T’Challa, aka Black Panther, and taken to receive justice, he’ll be back as a villain in the upcoming series. 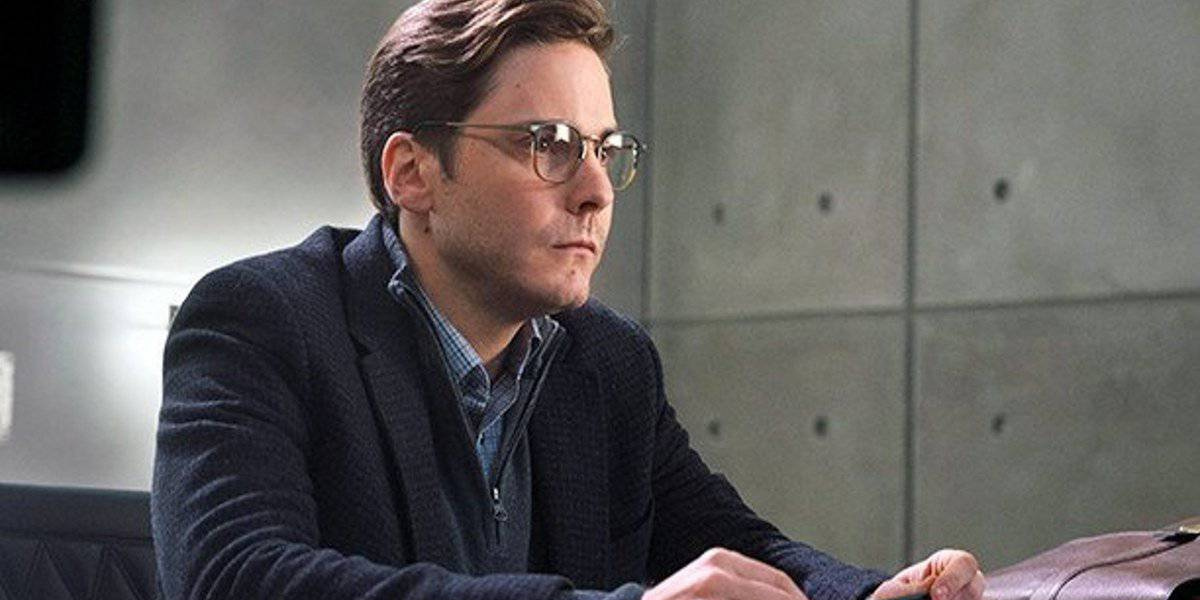 The end of the film sees Bucky Barnes granted asylum in Wakanda, after evidence proves that he is innocent for the UN bombing. As for Sam Wilson, he is locked up in a heavily guarded prison along with other members of the Avengers who were against the Sokovia Accords… but in usual Captain America fashion, he shows up just before the credits roll, signaling that he’s there to rescue his fellow Avengers. 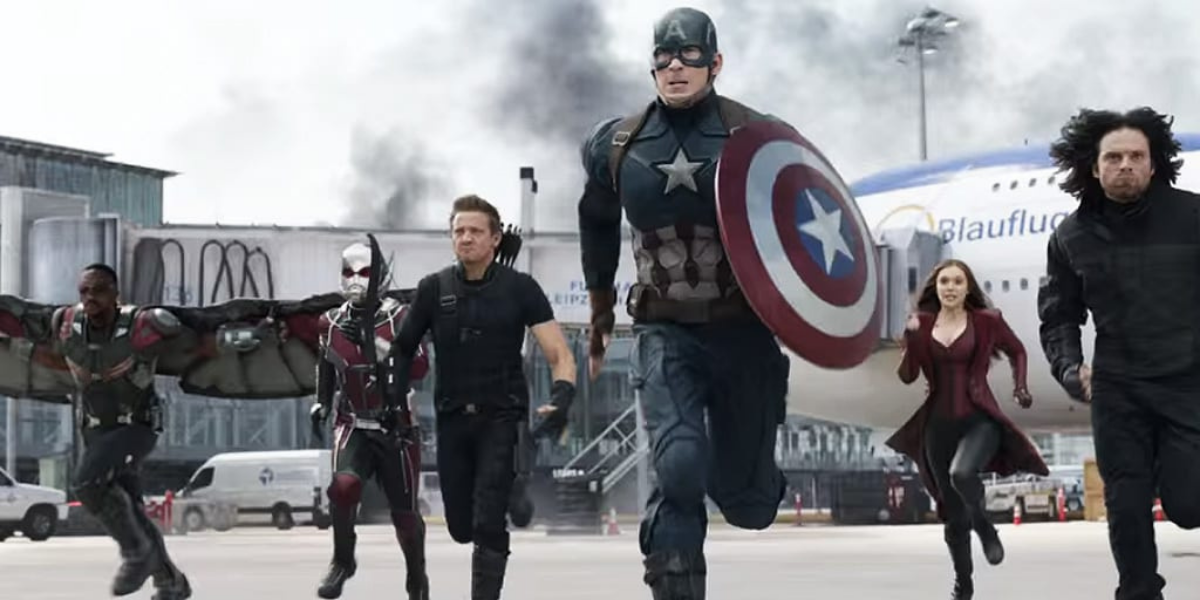 While those are my 3 must-watch Marvel films prior to The Falcon and the Winter Soldier… there are a few others I would recommend if you’ve got the time. After all, who doesn’t love a Marvel marathon?

It still hurts to think about the events of Infinity War, but if you want to see the events leading up to The Falcon and the Winter Soldier, this may be a worthwhile re-watch.

Both Sam and Bucky fight against Thanos’ army in Wakanda, and both characters are victims of the snap. 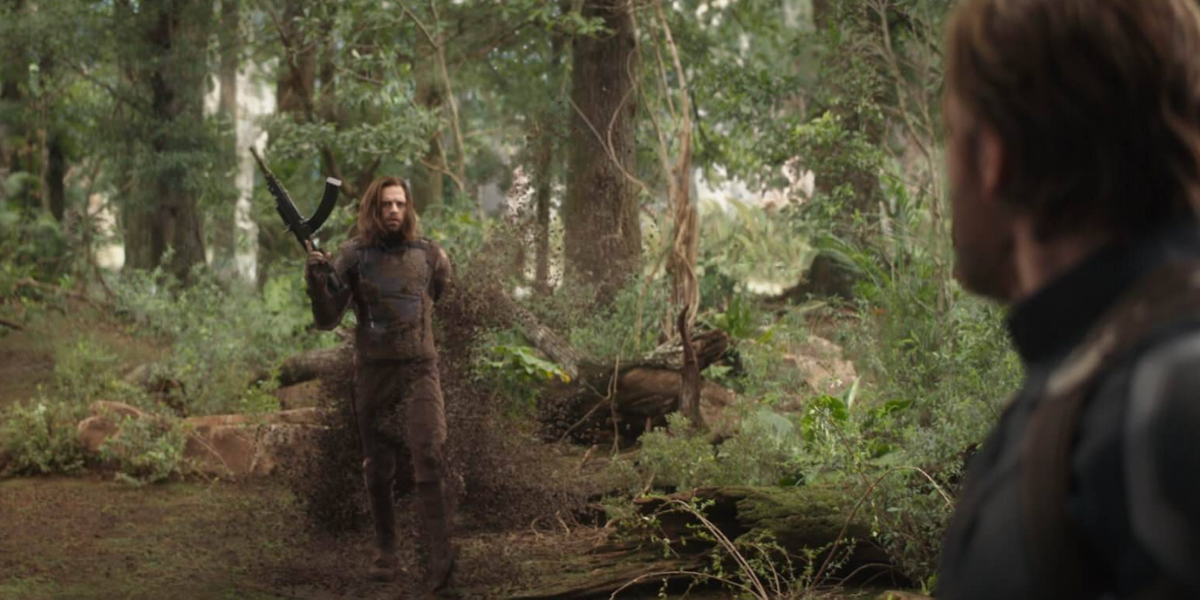 As victims of the snap, Sam and Bucky aren’t in the majority of Endgame, but you better believe they show up at the end during the epic face-off against Thanos.

At the very end of the film, we see Steve Rogers go back in time to return each of the infinity stones, but he doesn’t come back exactly as expected… He returns as an old man who stayed in the past with Peggy Carter to live a long, full life, and after some parting words with Sam, he bestows his shield to Falcon. 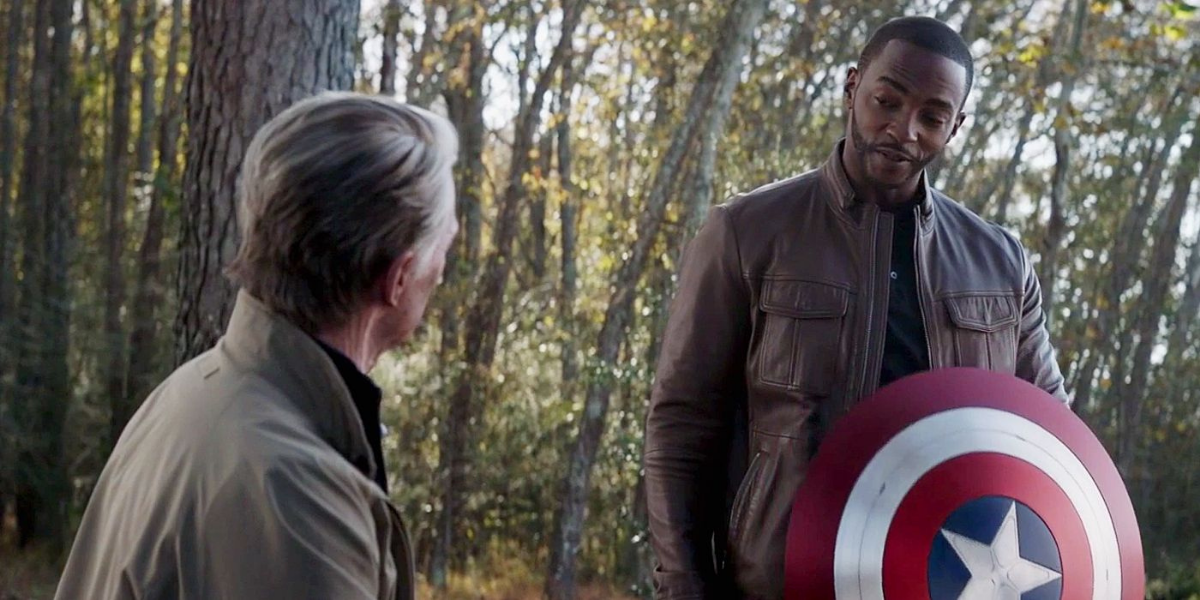 Watch The Falcon and the Winter Soldier Trailer with Me