This post is sponsored by Lionsgate. All opinions are my own. This post contains affiliate links. Purchases from these links may provide a small commission to me to help support my blog. There is no fee or charge for you.

Get ready for a heartwarming story that is perfect for the entire family. Based on the inspirational true story of two-time NFL MVP, Super Bowl MVP, and Hall of Fame quarterback Kurt Warner, American Underdog is now available on Digital, 4K Ultra HD Combo Pack (plus Blu-ray and Digital), Blu-ray Combo Pack (plus DVD and Digital), DVD, and On Demand from Lionsgate!

American Underdog tells the inspirational true story of Kurt Warner (Zachary Levi), who went from a stockboy at a grocery store to a two-time NFL MVP, Super Bowl champion, and Hall of Fame quarterback. The film centers on Warner’s unique story and years of challenges and setbacks that could have derailed his aspirations to become an NFL player – but just when his dreams seemed all but out of reach, it is only with the support of his wife, Brenda (Anna Paquin) and the encouragement of his family, coaches, and teammates that Warner perseveres and finds the strength to show the world the champion that he already is. American Underdog is an uplifting story that demonstrates that anything is possible when you have faith, family and determination. 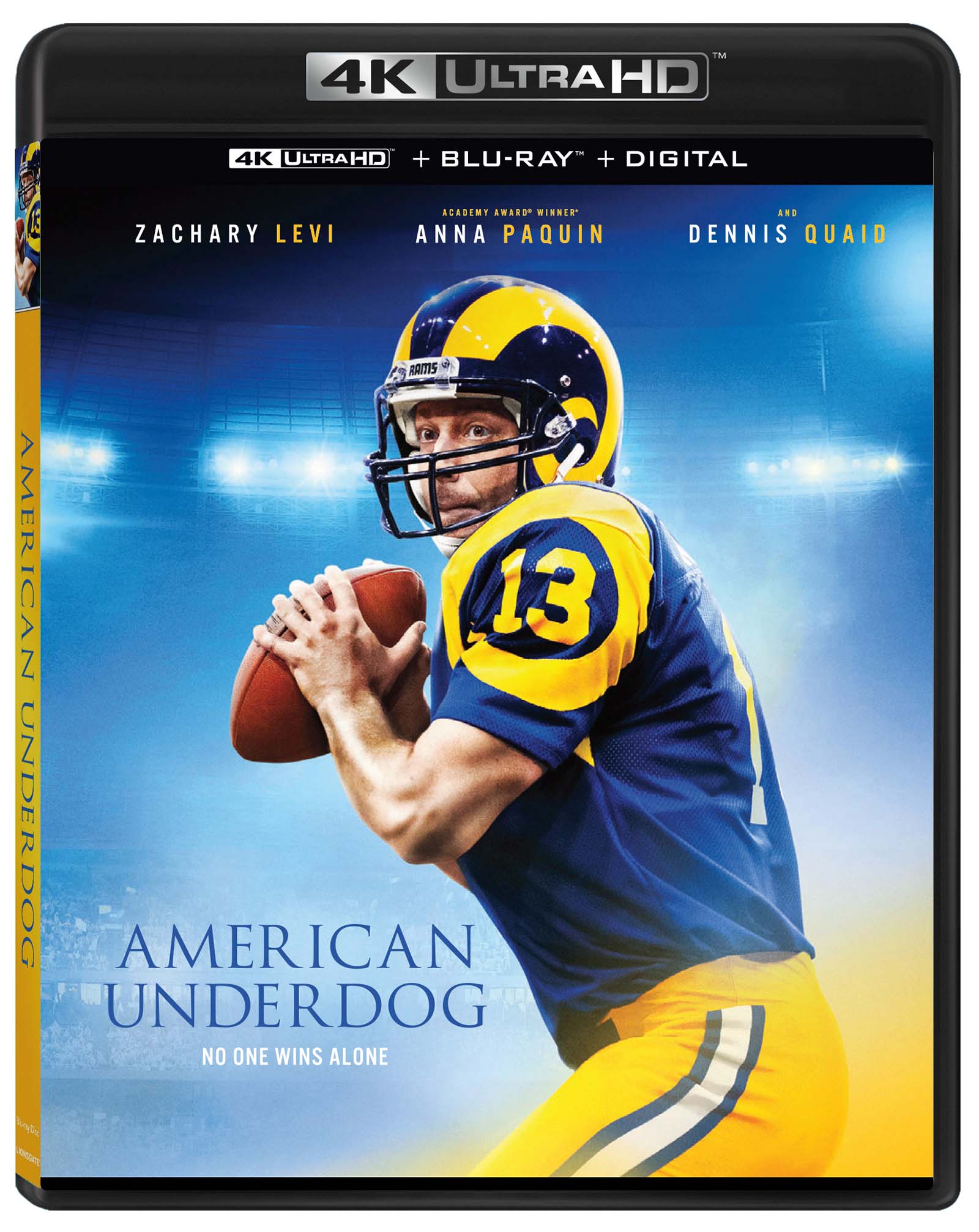 The film is based on the Book “All Things Possible” by Kurt Warner with Michael Silver. The screenplay is written by Jon Erwin & David Aaron Cohen and Jon Gunn, and the film is directed by The Erwin Brothers.
Digital Special Features on 4K Ultra HD, Blu-ray, and DVD

To celebrate the release of the film, I’ve teamed up with Lionsgate to share a tutorial to make American Underdog paper footballs! Practice your field goals and challenge your family to a friendly competition after your movie night.

Fold one piece in half vertically with the opening on the right side.

Fold the bottom right corner inward to the seam of the paper column to form a triangle.

Next, fold the triangle up to form another triangle along the paper column seam.

Continue to fold the triangle over itself until you reach the top of the paper column with just a few inches of paper remaining.

Carefully insert the remaining edge of leftover paper between the folds of your paper triangle to secure in place.

For an extra touch, decorate the paper football with football stickers.

Create a goal post from objects you have (or recruit a friend to use their hands) and practice flicking your paper football to score a field goal. 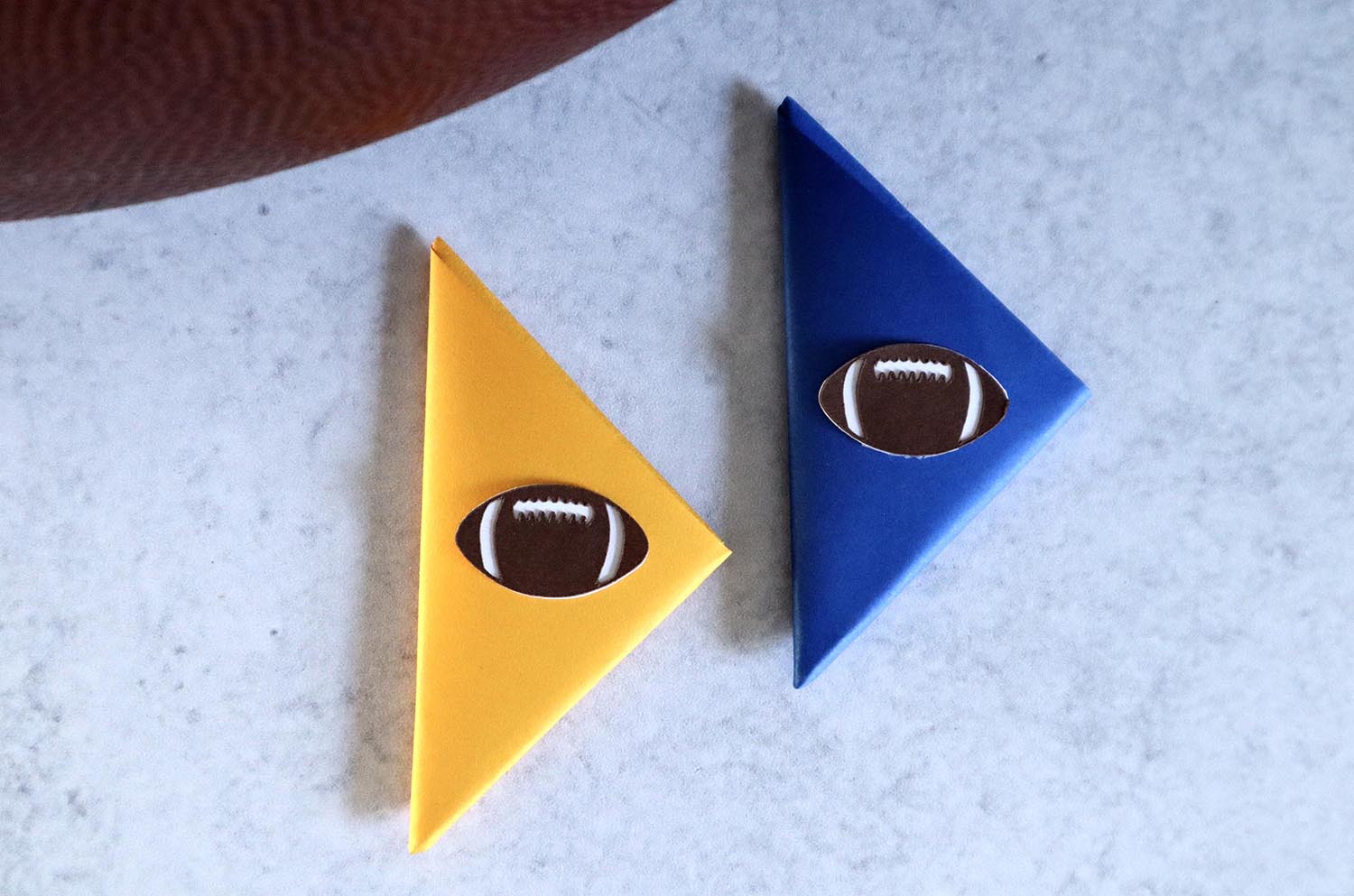