Polish the silver, set the table, and iron the linens because Downton Abbey is back and it’s time to celebrate!

We last saw the Crawleys during the show finale in December 2015! Now they’re back on the big screen and preparing for a visit from the Queen of England. And don’t worry, I’m sure there will be plenty of smart remarks from the Dowager Countess, stunning fashion choices from Lady Mary and Lady Edith, and tons of squabbles in the servants hall for us to enjoy. 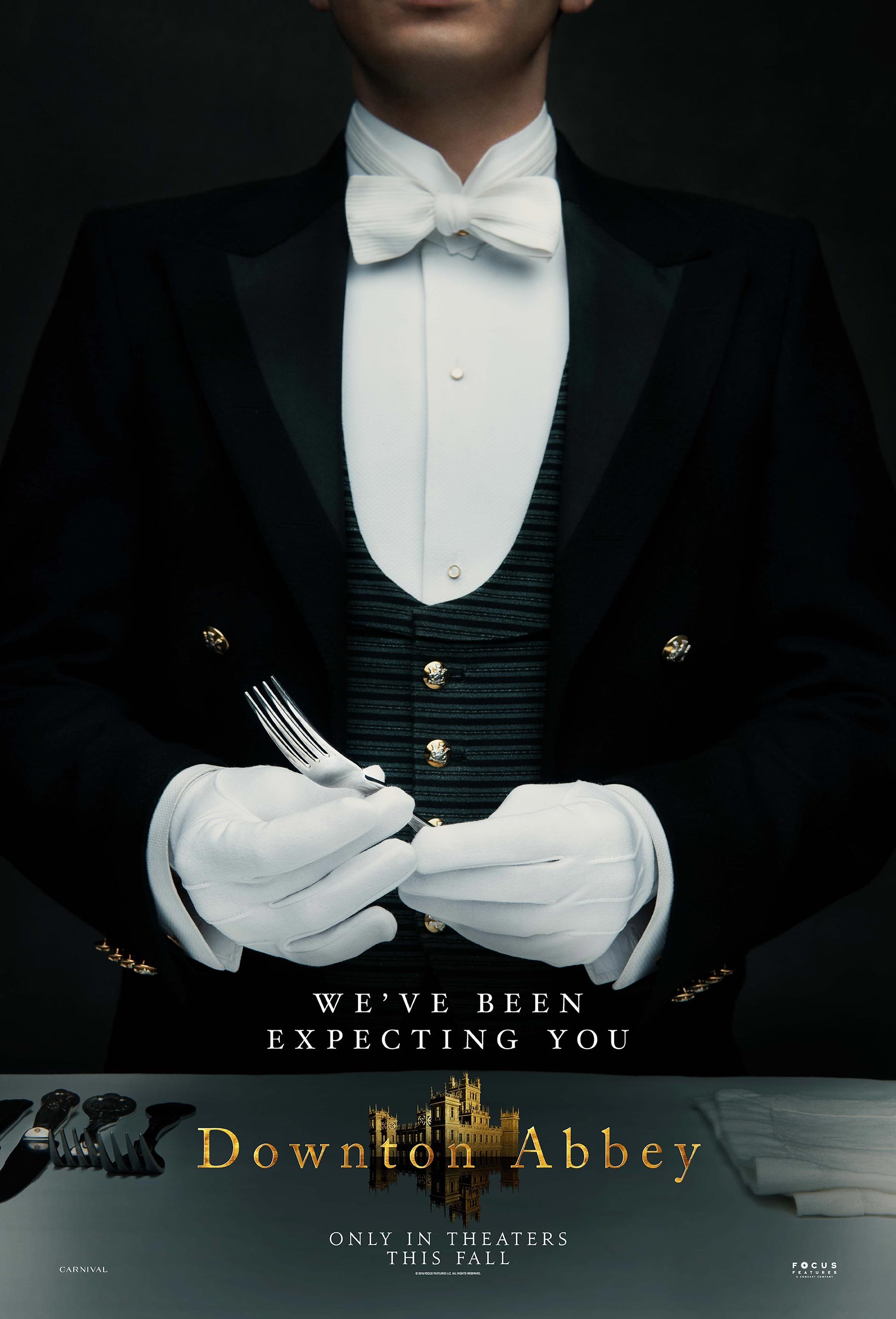 Downton Abbey is in U.S. theaters today, September 20. Looking for a refresher on the previous six seasons of Downton Abbey? Here’s a great video to watch before you see the movie.

And with opening weekend finally here, we must celebrate with a treat or two. And while this Downton pie inspired by the iconic logo might not be quite dining room worthy, I do think it would make Mrs. Patmore and Daisy proud. 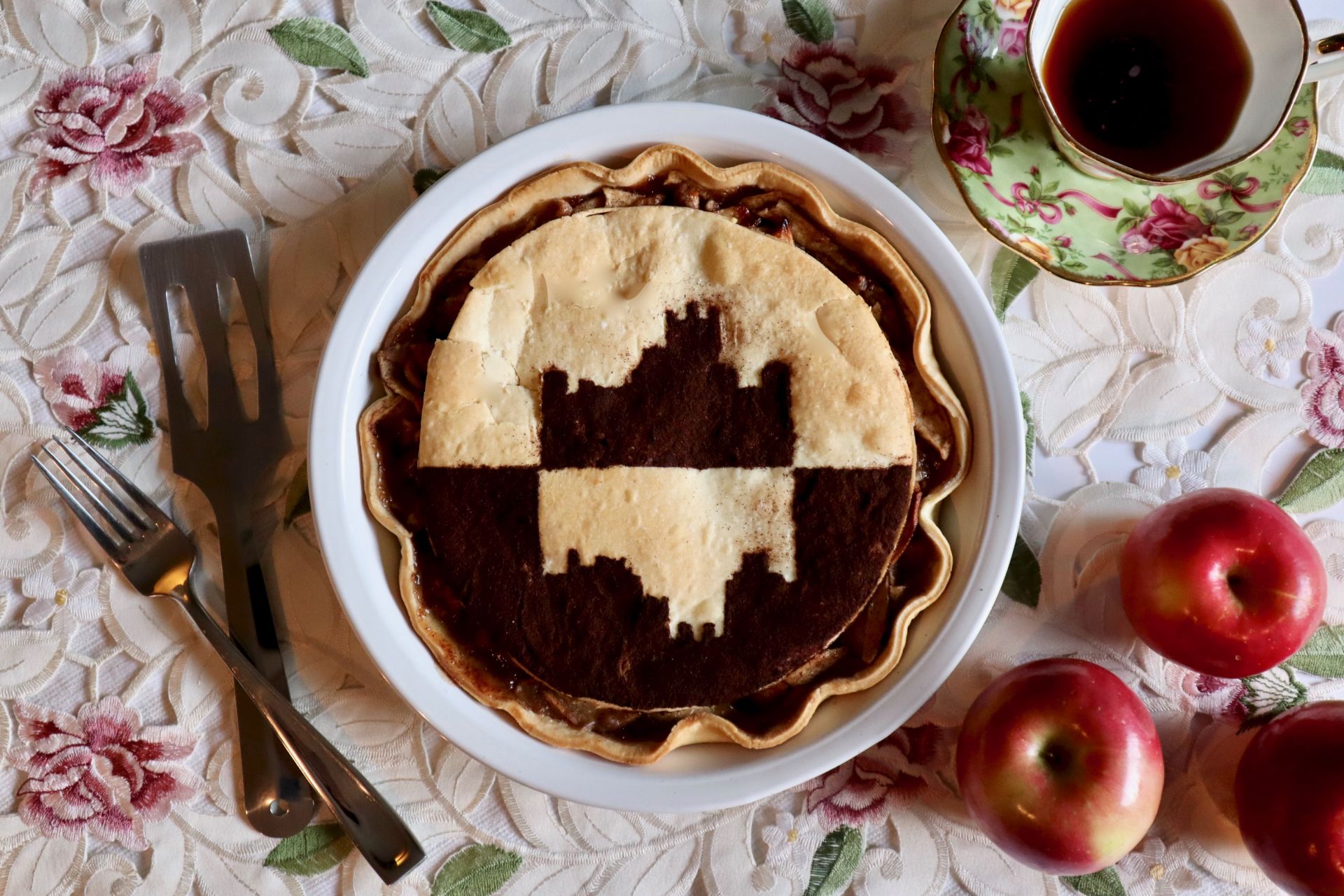 First, create the Downton Abbey stencil to use to decorate the top of your pie. Download and print the Downton Abbey file (see list above) at approx. 7 inches wide (for a 9 inch pie) on a piece of card stock paper. Next, cut out the areas in brown (these areas will be covered in cinnamon). Set aside. (Note: if you have a Cricut cutting machine, you could also use this to cut the stencil.)

Roll out one of your refrigerated pie crusts on a clean surface. Cut out a circle that is 7 inches wide in diameter. (Tip: you can also use your cutout file as a guide to create the circle.)

Carefully transfer the circle of dough to a baking sheet lined with parchment paper. Align the top edge of your stencil to the border of your dough (see below). 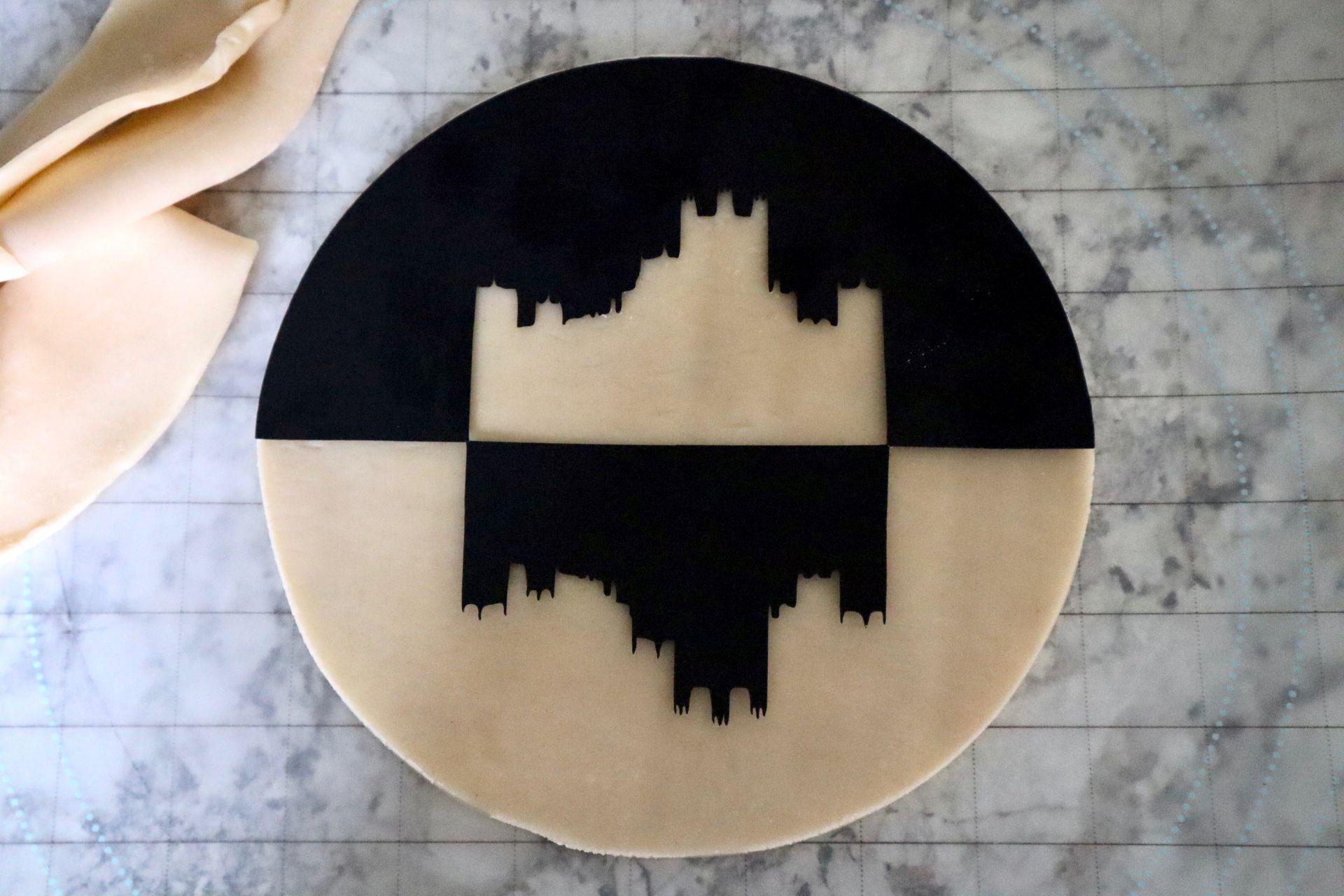 Using a pastry brush, brush beaten egg white over the open part of the stencil. 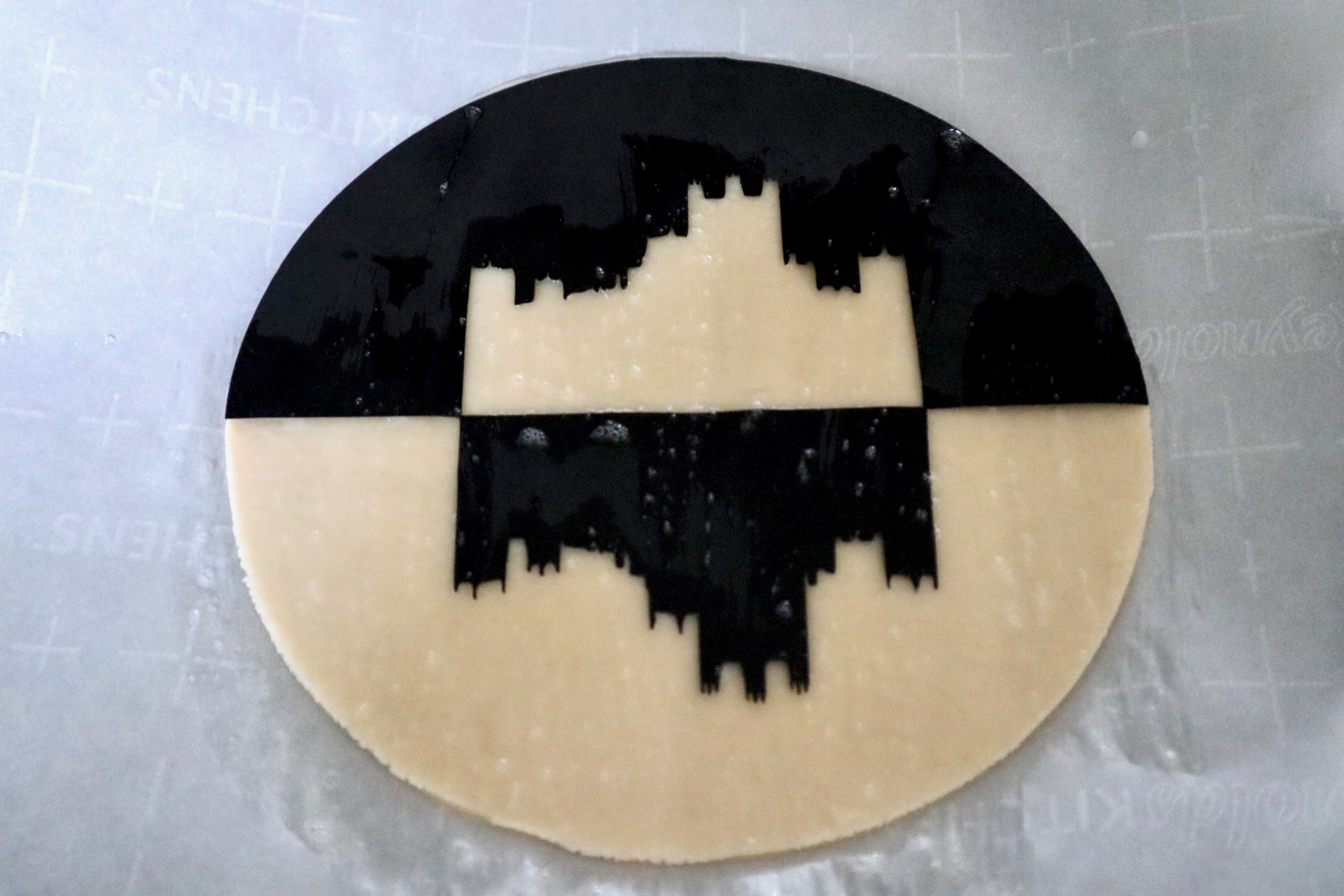 Next, sprinkle cinnamon on top of the brushed egg white. 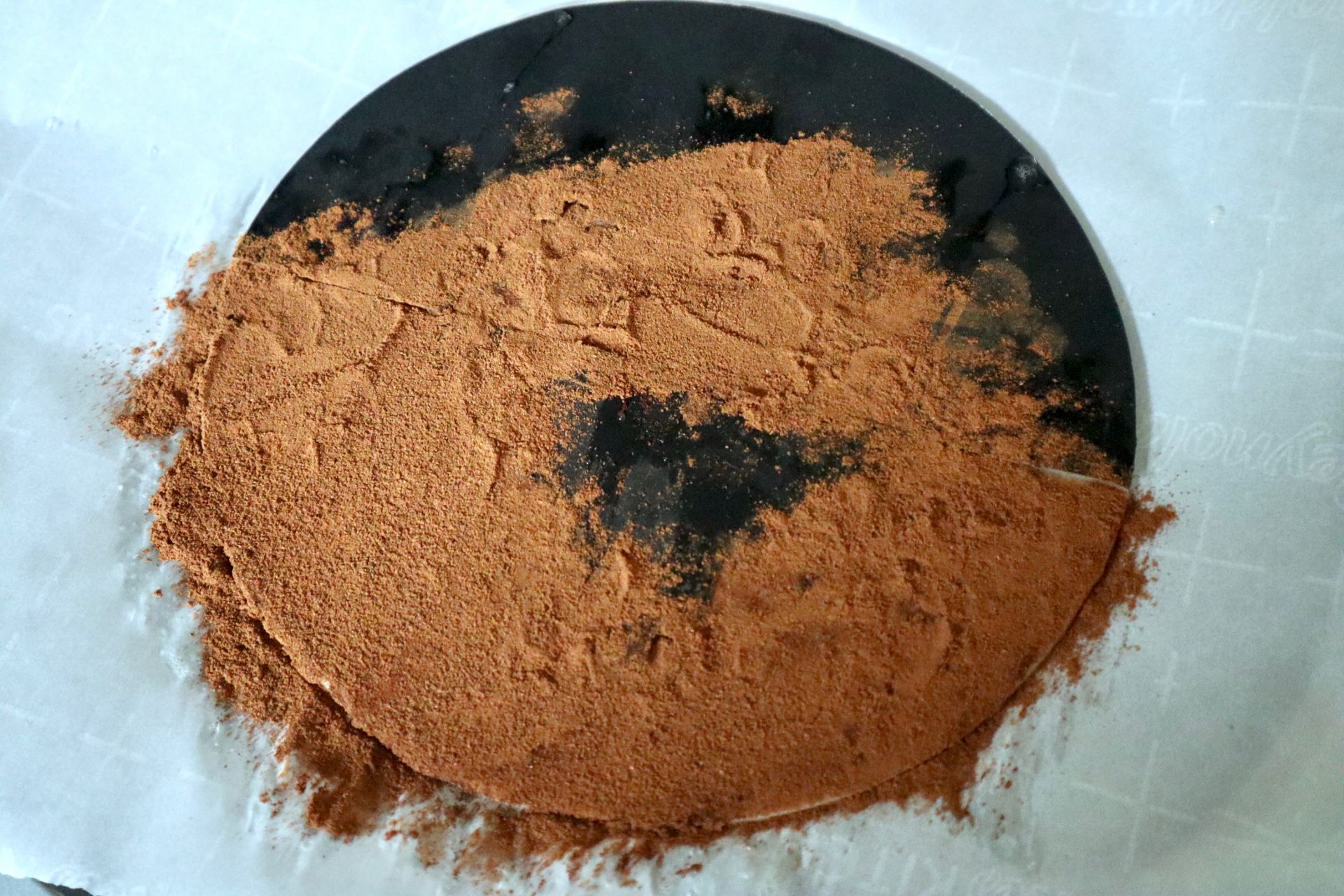 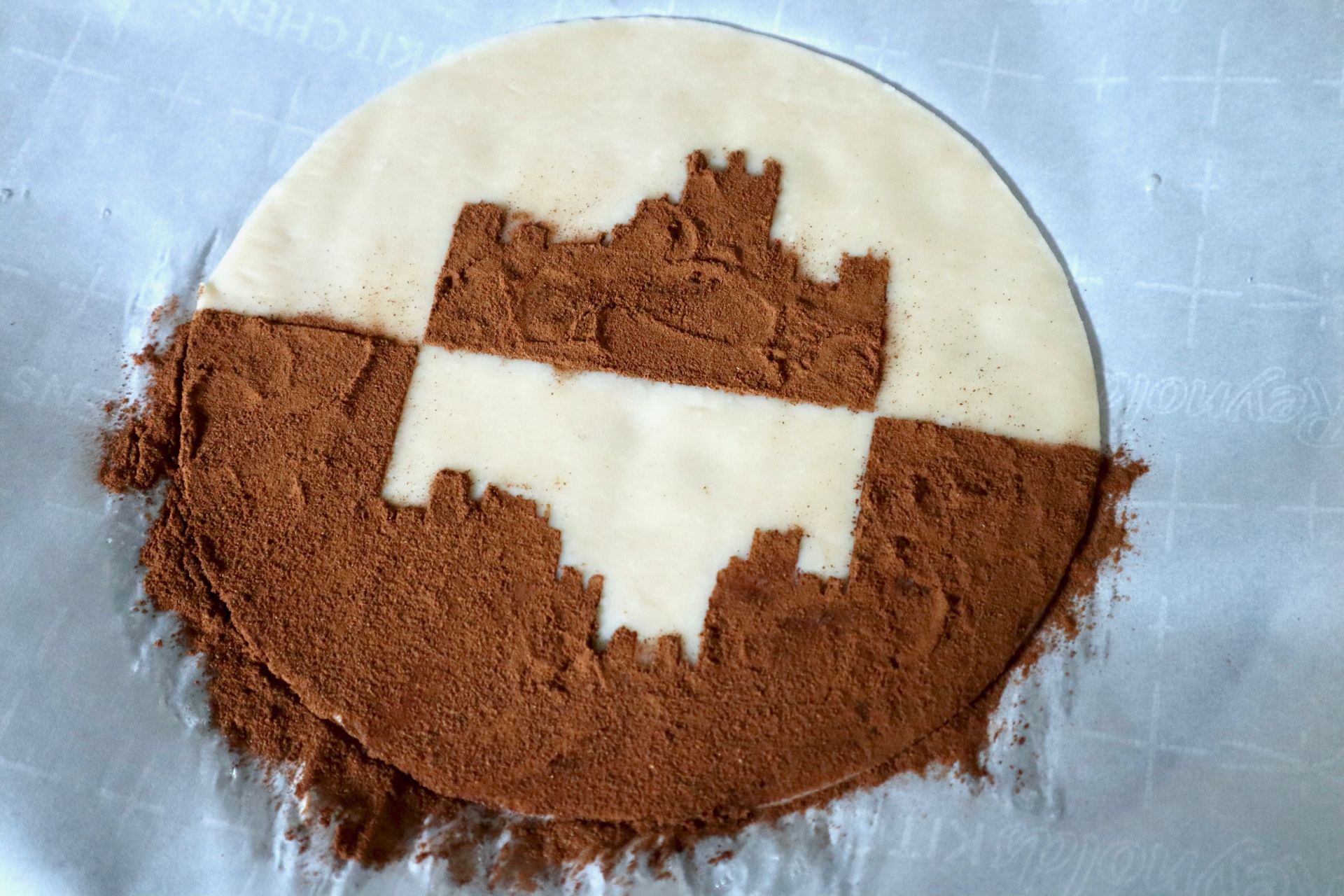 Bake the top of your pie for 8-10 minutes, or until golden brown.

Once your pie is done baking, remove it from the oven and quickly place the decorated crust piece on top of the pie. By placing it on top of the hot pie, the heat and juices from the pie will help to seal the top piece to the bottom. 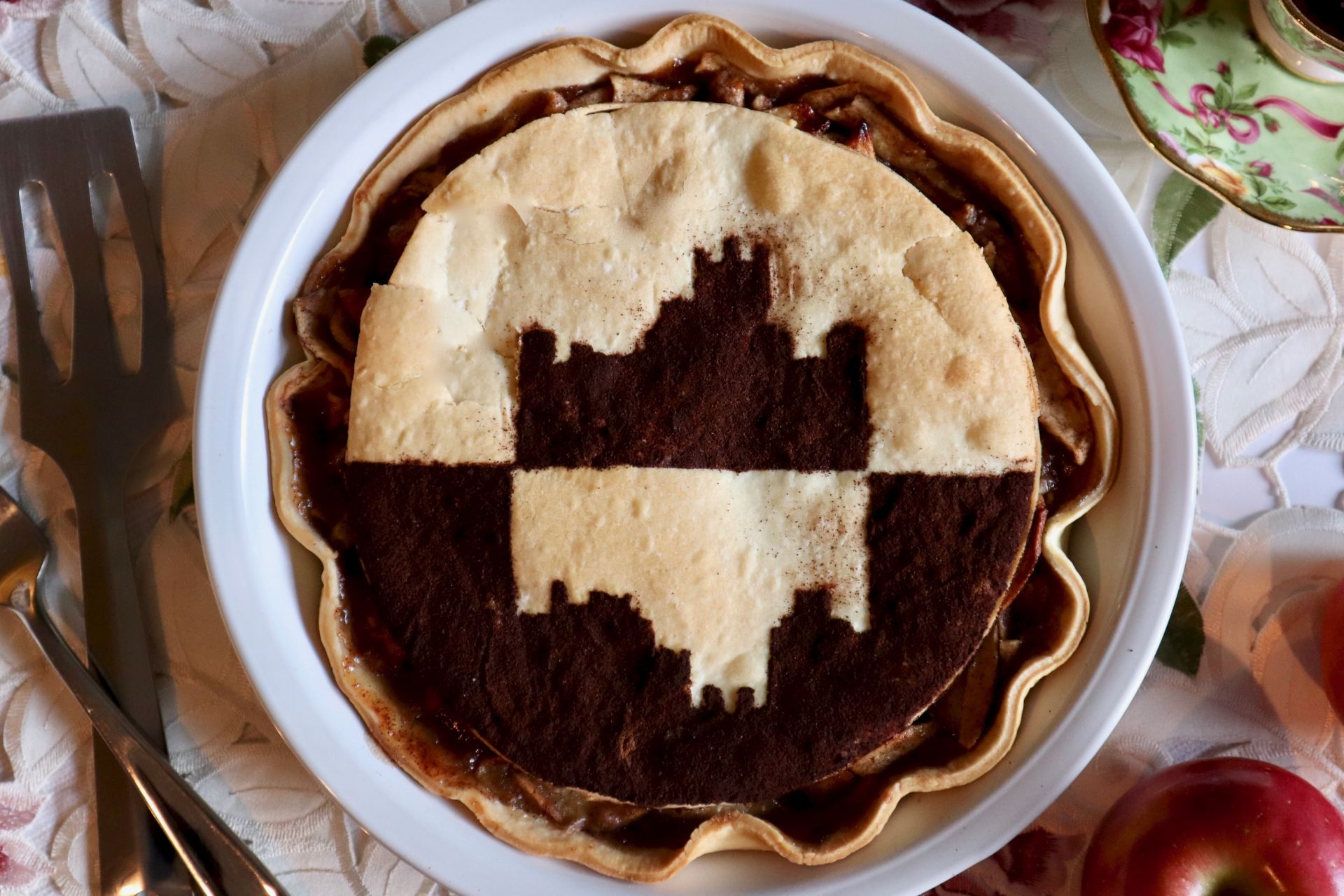 Looking for a cup of tea to go with your pie? Check out Geeks Who Eat’s tea party guide! 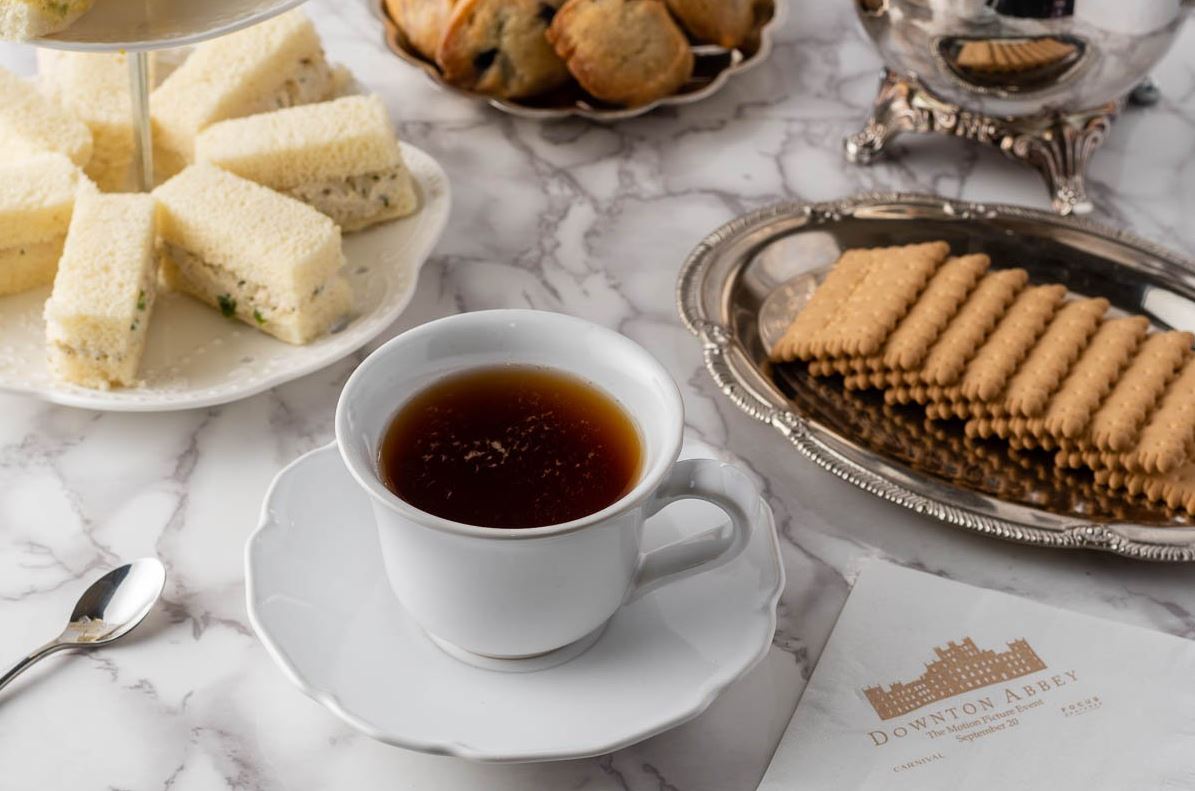