This past weekend I had the opportunity to attend an advanced screening of Dolittle! The retelling of the classic story of Dr. Dolittle, a man who can talk to animals, stars the one and only Robert Downey Jr., so naturally, I was interested after I saw the trailer. But to be honest, the trailer for this movie didn’t automatically pull me in. I thought the movie looked cute, but I also thought it looked sad. And as I expressed in my Lady and the Tramp movie review, I’m NOT a huge fan of sad animal movies.

But my initial assumptions were WAY off. Dolittle is far from a sad animal movie. Instead, I was pleasantly surprised to find that it was absolutely enchanting!

Find my SPOILER-FREE review of Dolittle below, as well as some answers to some common questions — who voices the animals and is there an after-credits scene?

Dolittle comes to theaters on January 17.

I didn’t expect to like Dolittle, but I found it absolutely enchanting.

Robert Downey Jr. captivated the audience with his quirky, eccentric Dolittle persona. When we first meet him shut up in his animal sanctuary, Dolittle gave me major Snow White meets Radagast the Brown vibes. From playing chess with brown and white mice as the pieces to his ratty, disheveled look (including critters nesting in his beard), it’s apparent Dr. Dolittle’s bond with his animal friends is far above the norm, but it works.

The story moved along quickly and our characters quickly embark on a perilous adventure, but the tempo didn’t bother me at all. Instead, I found it rather refreshing. Moving from location to location, the plot progressed quickly and allowed for the characters to face new predicaments that tested their confidence in themselves.

I laughed a lot. I’m not a fan of potty humor or slap-stick jokes, but Dolittle was far from that. From Dab-Dab the Duck’s celery mishaps to Plimpton the Ostrich’s blunt commentary, Dolittle’s animal friends will have the whole family laughing.

Dr. Dolittle is a story about loss and recovery. Not only does Dolittle help his vast array of animal friends to take care of themselves, but the very same creatures that he helps are the ones that end up helping Dr. Dolittle mend his own struggles.

Who are the Animal Voices in Dolittle?

The majority of characters in Dolittle are animals, but you will definitely recognize their voices!

Does Dolittle Have an After-Credits Scene?

Yes! Dolittle does has a brief, but fun, after-credits scene that is worth waiting for. 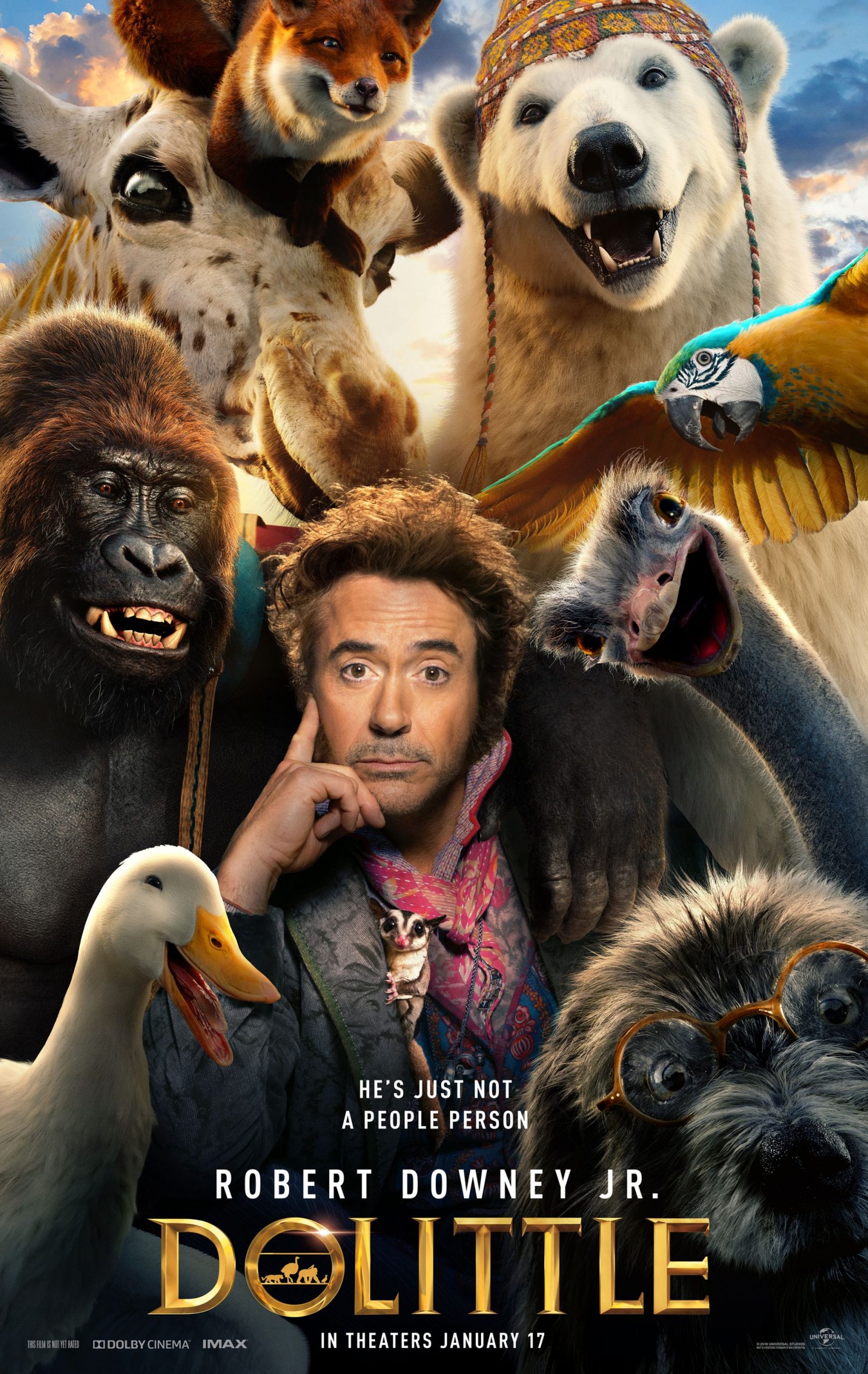 Robert Downey Jr. electrifies one of literature’s most enduring characters in a vivid reimagining of the classic tale of the man who could talk to animals: Dolittle. After losing his wife seven years earlier, the eccentric Dr. John Dolittle (Downey), famed doctor and veterinarian of Queen Victoria’s England, hermits himself away behind the high walls of Dolittle Manor with only his menagerie of exotic animals for company. But when the young queen (Jessie Buckley, Wild Rose) falls gravely ill, a reluctant Dolittle is forced to set sail on an epic adventure to a mythical island in search of a cure, regaining his wit and courage as he crosses old adversaries and discovers wondrous creatures.

The doctor is joined on his quest by a young, self-appointed apprentice (Dunkirk’s Harry Collett) and a raucous coterie of animal friends, including an anxious gorilla (Oscar® winner Rami Malek), an enthusiastic but bird-brained duck (Oscar® winner Octavia Spencer), a bickering duo of a cynical ostrich (The Big Sick’s Kumail Nanjiani) and an upbeat polar bear (John Cena, Bumblebee) and a headstrong parrot (Oscar® winner Emma Thompson), who serves as Dolittle’s most trusted advisor and confidante.