Whether you loved or hated summer camp as a kid, there’s no way your camp experience was as epic (or as terrifying) as it was for the kids attending Camp Cretaceous on Isla Nublar.

The Jurassic World Disaster — Told from Another Perspective

Set against the timeline of the blockbuster film Jurassic World, Camp Cretaceous follows a group of six teenagers trapped at a new adventure camp on the opposite side of Isla Nublar. When the events of the Jurassic World film begin to unfold and dinosaurs get out of containment across the island, each kid realizes their very survival rests on the shoulders of themselves and their fellow campers. Unable to reach the outside world, our six teens will go from strangers to friends to family as they band together to survive the dinosaurs and uncover hidden secrets so deep they threaten the world itself. 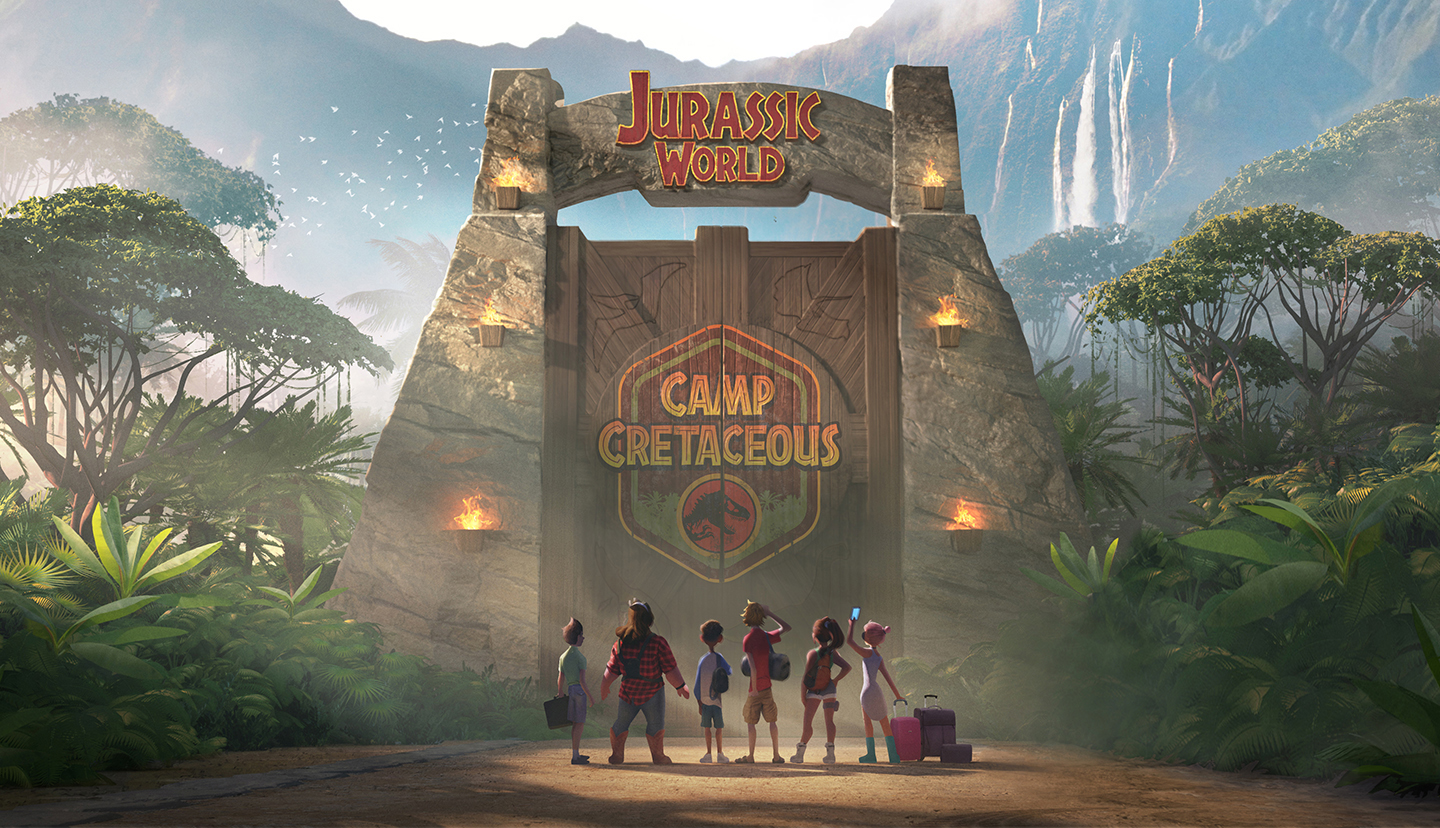 While Jurassic Park fans will love just being back in the park, there are many nods to the films that you will enjoy looking out for! (No plot spoilers below, but if you want to be surprised — skip this section!)

Episode 1
In episode one, we are introduced to Mr. DNA once again, and even see him on a poster in the bedroom of Darius. (I love this character and earlier this month I made Mr. DNA and Bingo! Dino DNA! cookies.) You’ll also spot the velociraptor resonating chamber from Jurassic Park III and, of course, upon entry to the park you’ll see homage to the legendary park gates (this time for the camp).

Episode 2
Dr. Henry Wu and his lab! That’s right, Dr. Wu is actually a featured character in the show — he is, after all, one of the villains in Jurassic World (the events of this film are unfolding during the series). When touring the lab, students see dinosaur eggs being turned in an incubator, very similar to the scene in the first Jurassic Park movie with Dr. Grant, Ellie, Ian touring the park’s labs.

Episode 4
While we never see Claire Dearing, the Jurassic World Park Operations Manager, the camp counselors name drop her and we hear that Claire was thinking of having her nephews join the campers for a few days (which sounds like a typical Claire move). We also hear mention that Mr. Masrani, the owner of the park, is arriving via helicopter and that an asset is out of containment.

Episode 6
Sadly, we once again see Mr. Masrani’s helicopter crash into the Jurassic World Aviary, setting loose the blood-thirsty Pteranodons into the park. We also see the Jurassic World Lagoon from inside the lagoon and get an up-close look at the Mosasaurus. 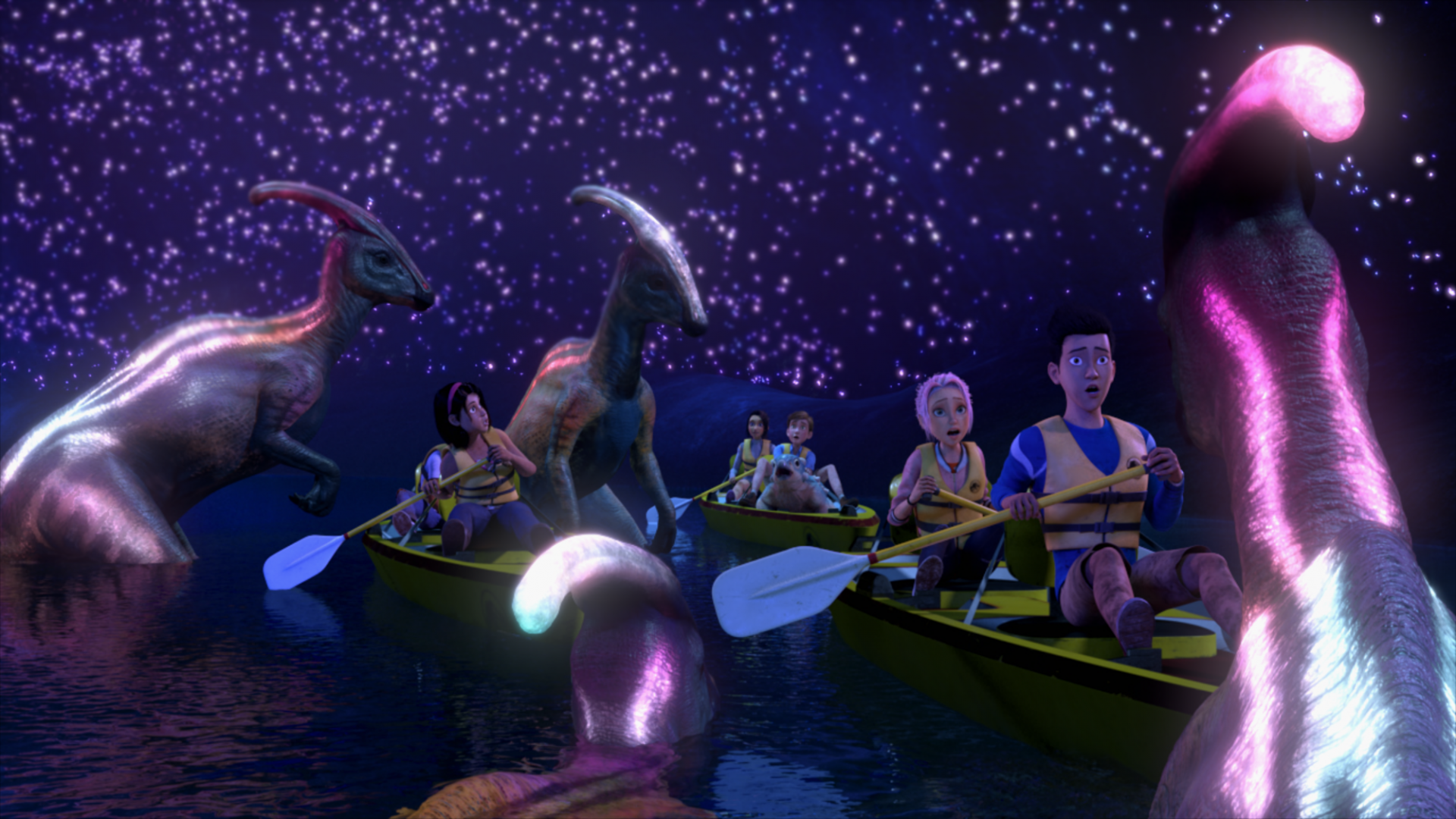 If you’re an adult that loves Jurassic Park like I do, Camp Cretaceous is worth a watch. While there are a handful of tween drama moments, the many references to past Jurassic Park movies makes this series fun to watch.

From the velociraptors to the compies, t-rex, and the indominous rex, each scene with a dinosaur is tense and suspenseful. And while you think you might know what story is about to take place since you’ve seen Jurassic World, think again! The final episodes left me shocked and on the edge of my seat. While there are some similarities and common threads between the Jurassic World stories, Camp Cretaceous creates a unique, original perspective of the events that surround the park’s disaster. 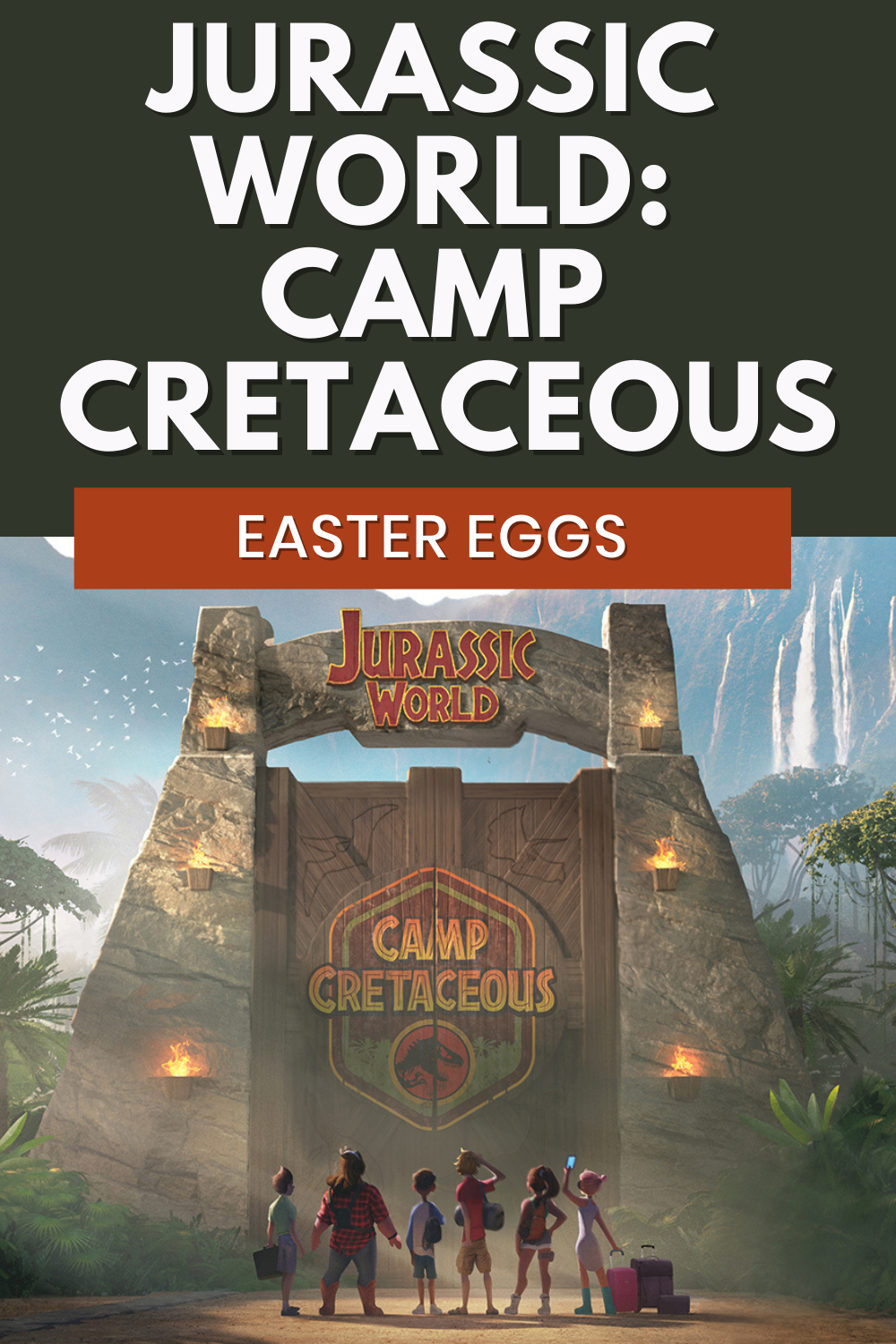