Are you ready to meet the new characters at The Campus Colony?!

Even if you’ve never seen The Walking Dead (or if you aren’t caught up on the current season), the new series World Beyond introduces new characters and a new storyline, making it the perfect time for you to join TWD universe.

I had the privilege to speak with Aliyah Royale this week, one of the new stars from The Walking Dead: World Beyond! Find out if she thinks she could survive a zombie apocalypse, what characters from TWD universe she would want to take on the walkers/empties with, easter eggs in The World Beyond, and her secret Pac-Man skills!

About The Walking Dead: World Beyond

Iris Bennett (Aliyah Royale) is a well-liked, above-average high school student who has spent the decade living with her adopted sister within an enclosed community and literally walled off from the dangerous world outside. A smart student leader, Iris is proud to be following in her scientist father’s footsteps to one day bring back the world to what it was. Just as she’s starting to wonder if she’s been living her life for everyone but herself, an unforeseen event pushes Iris to lead a seemingly impossible cross-country quest. As Iris and the group leave the sheltered world behind, they will be challenged and will forge deep friendships through shared experience, trauma, the love of family and ties that run deep. 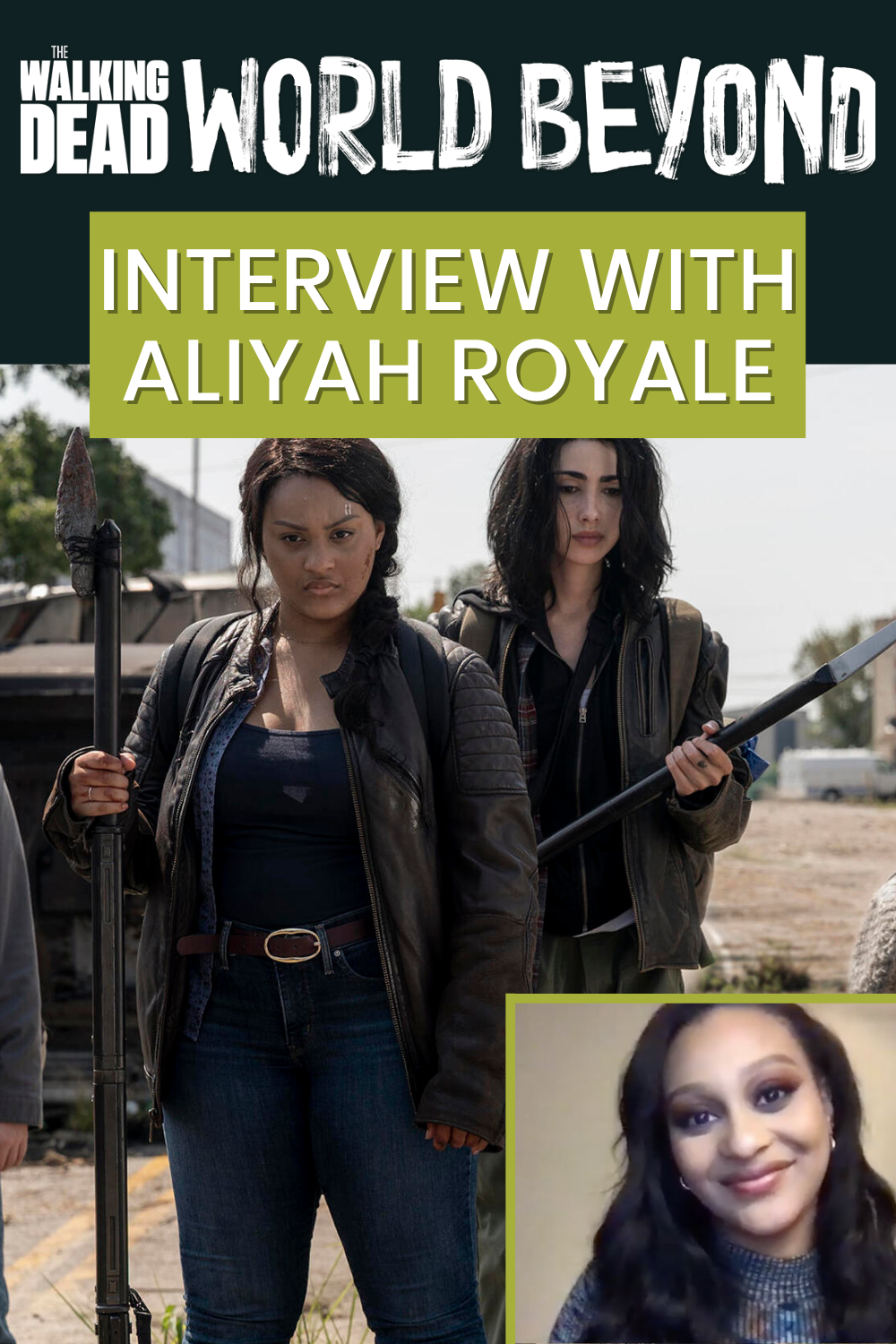