As odd as it may sound, I didn’t initially plan on baking (or decorating) a pie for Thanksgiving this year. But, alas, there I was on Thanksgiving Eve and the thought of a Thanksgiving without an elaborate pie just felt off.

I should have seen it coming.

I’ve made a geeky pie for Thanksgiving for the last several years. It all started with my first Star Wars pie inspired by the Death Star, then it was a House Targaryen pie and last year it was a Mandalorian Pie.

On the Eve of Thanksgiving, wearing a warm and cozy swear, inspiration struck.

I had to make a pie inspired by the Mon Calamari dock worker seen in that (now iconic) cable knit sweater in The Mandalorian season 2! 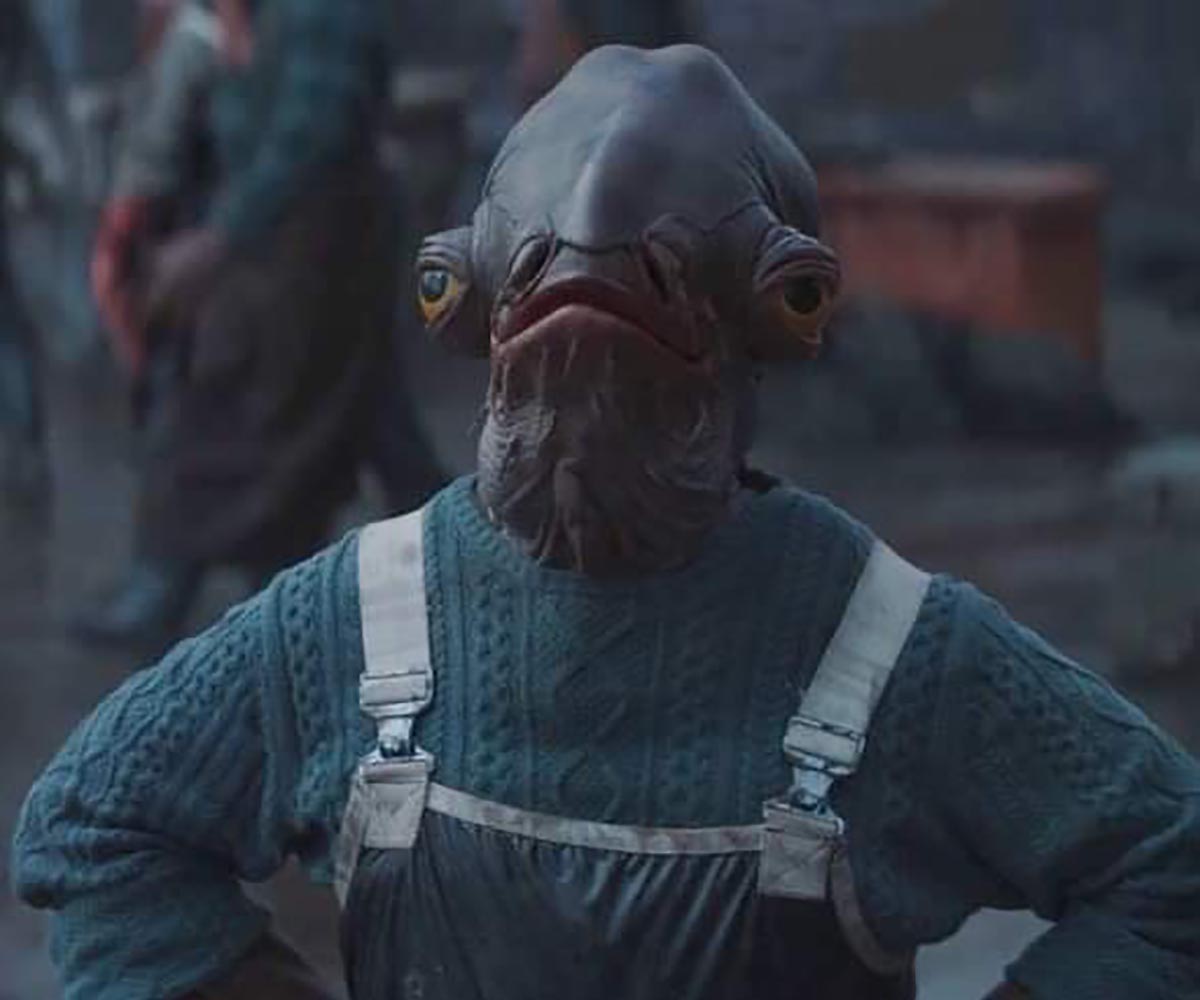 I’ll admit, this pie decoration was a bit ambitious. I typically stick to making intricate cinnamon designs with the help of stencils, but I do enjoy a challenge.

Here’s How I Tackled This Star Wars Pie

First, I printed a photo of the Mon Cal in a sweater to use for sizing reference. I lightly traced the shape of the image with a paring knife, then placed a small bowl in the center to use as a guide to cut out a piece of the middle (to see the pie through it when finished). 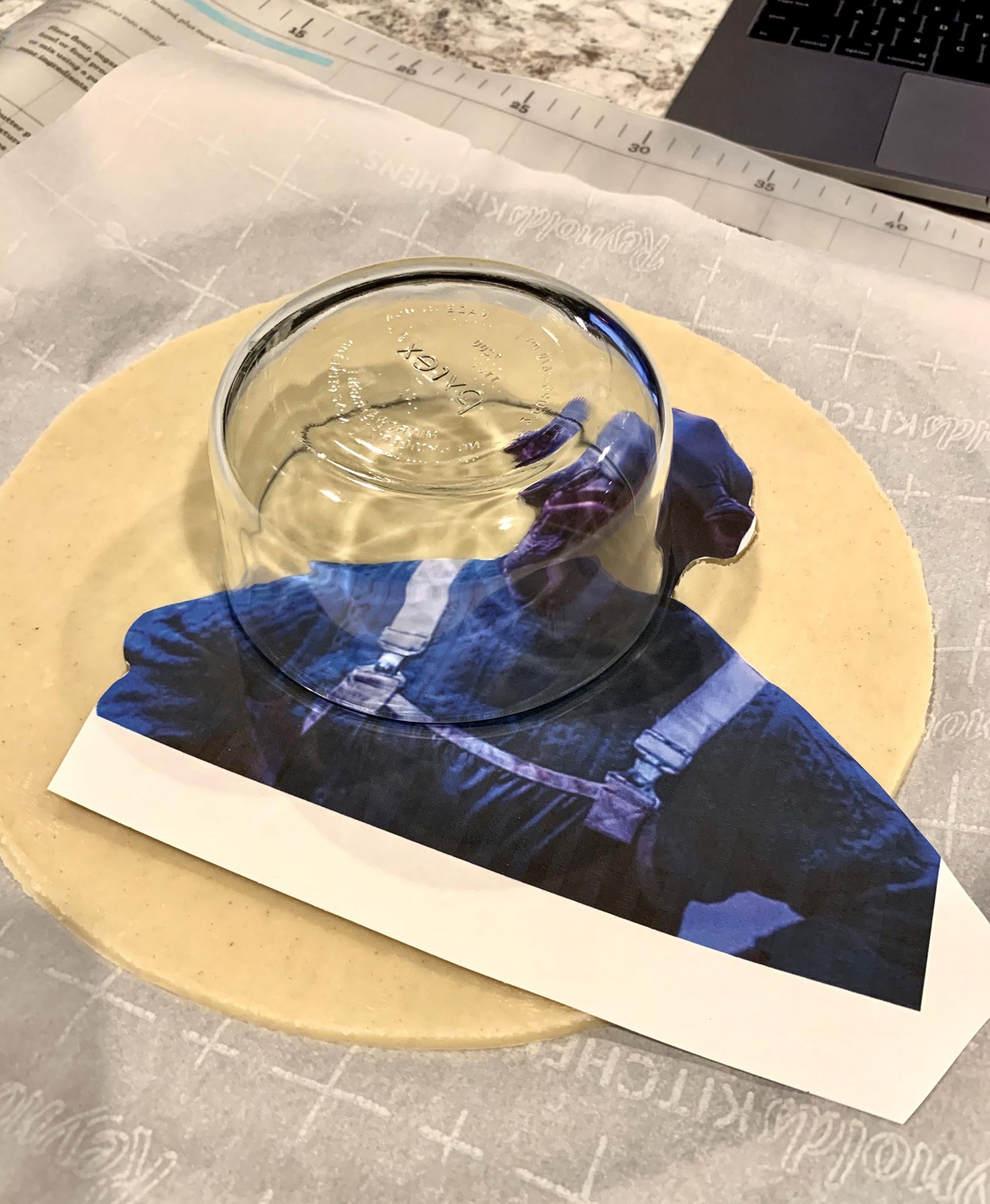 After I removed the center piece, I used the flat edge of an icing scraper to create a grid-like pattern on the remaining pie crust. 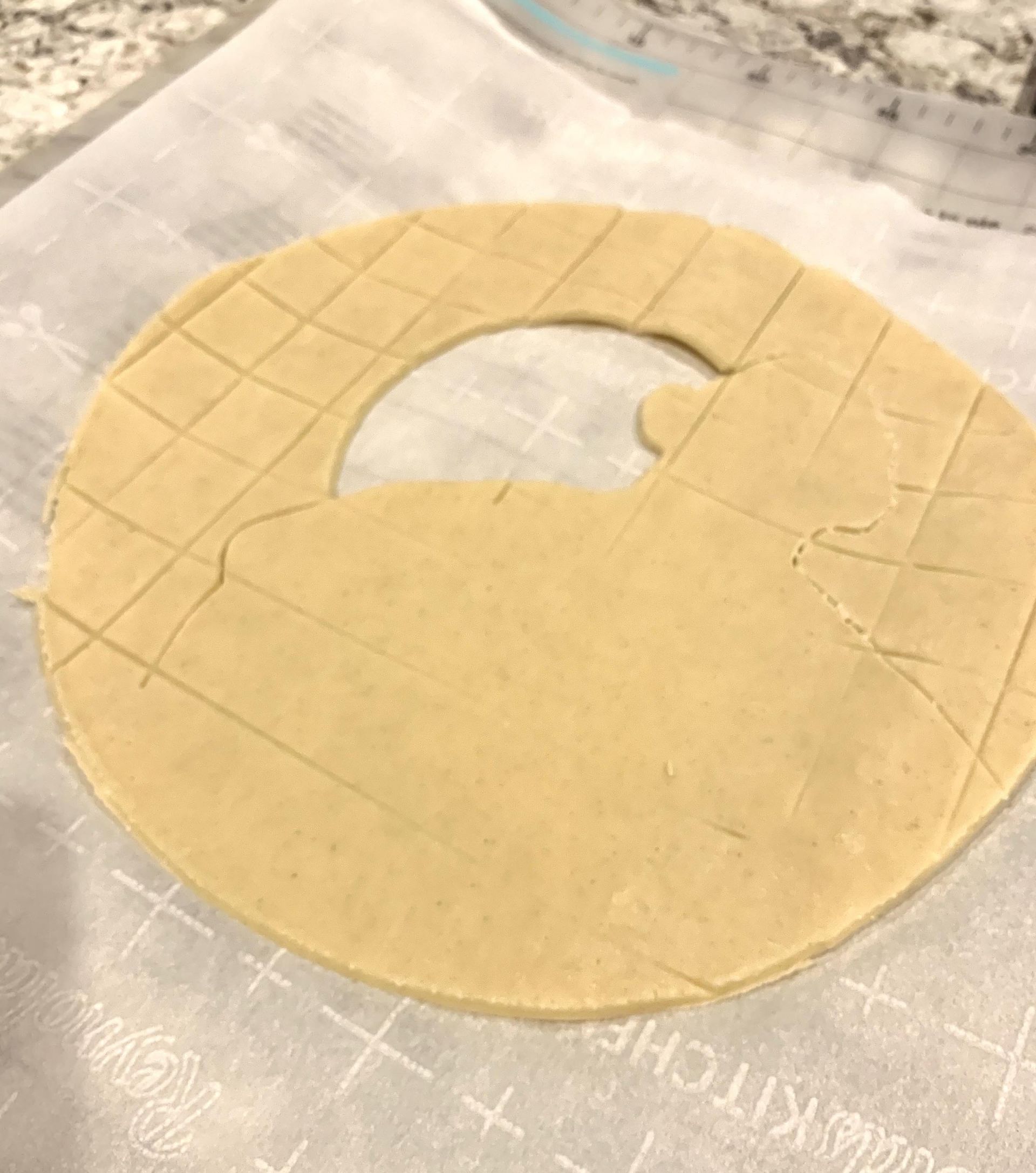 With a new piece of pie dough, I cut out a second shape of the Mon Cal in a sweater and then placed it on top of the main pie piece using an egg wash to secure it in place.

Then, by trial and error, I added and sculpted pieces of pie dough to help resemble the Mon Cal’s features. For the texture in the sweater, I used a fondant mold that I had to create some sweater-like cable designs. When adding any of these pieces to the pie, again, I used an egg wash to secure them in place.

Once I had the shape of my Mon Calamari done, I painted it with various mixtures of food coloring and vanilla. 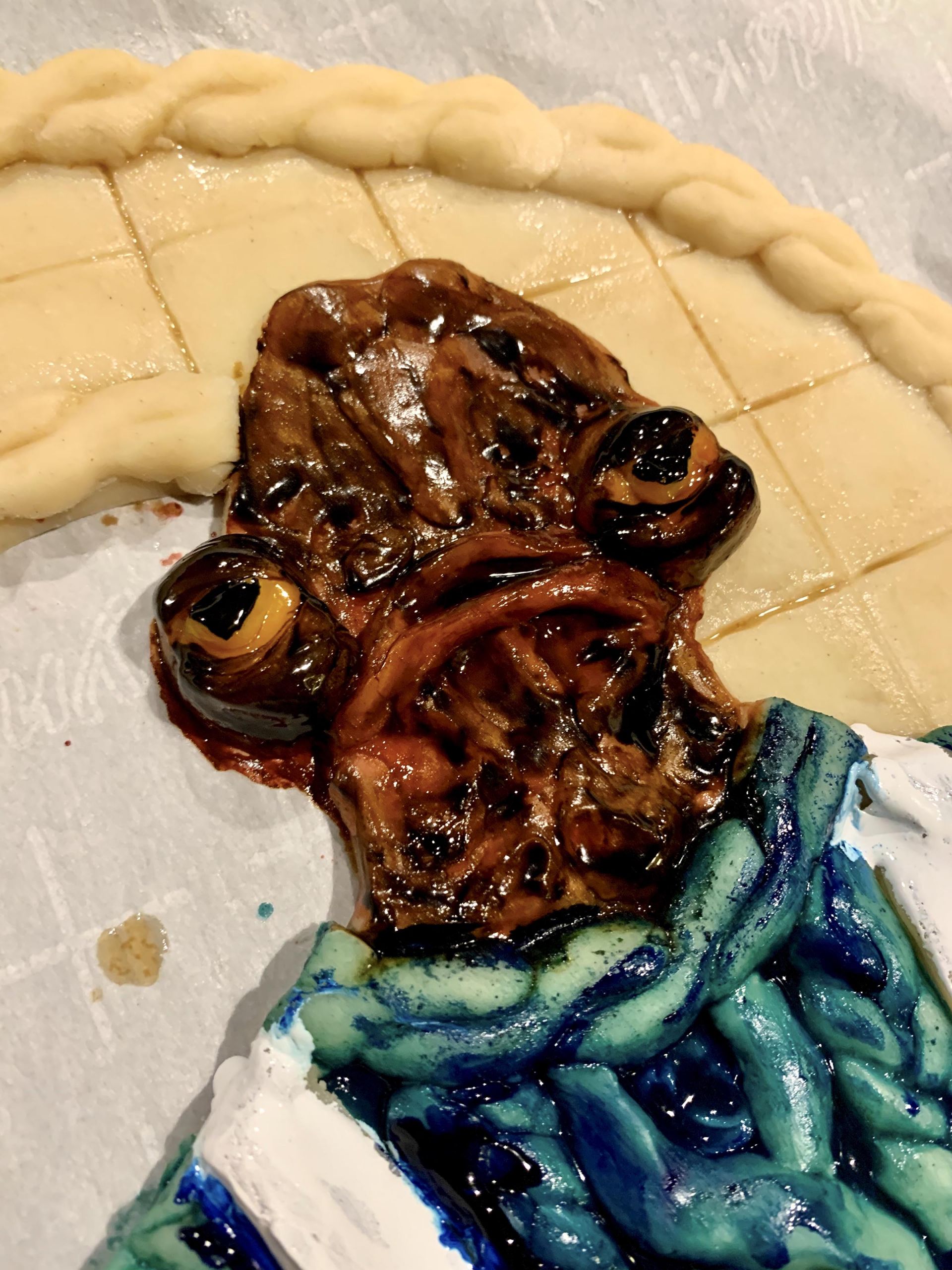 As a finishing touch, I made additional braided pie strings with my fondant mold to create a clean edging for the outer and inner circle of the pie. 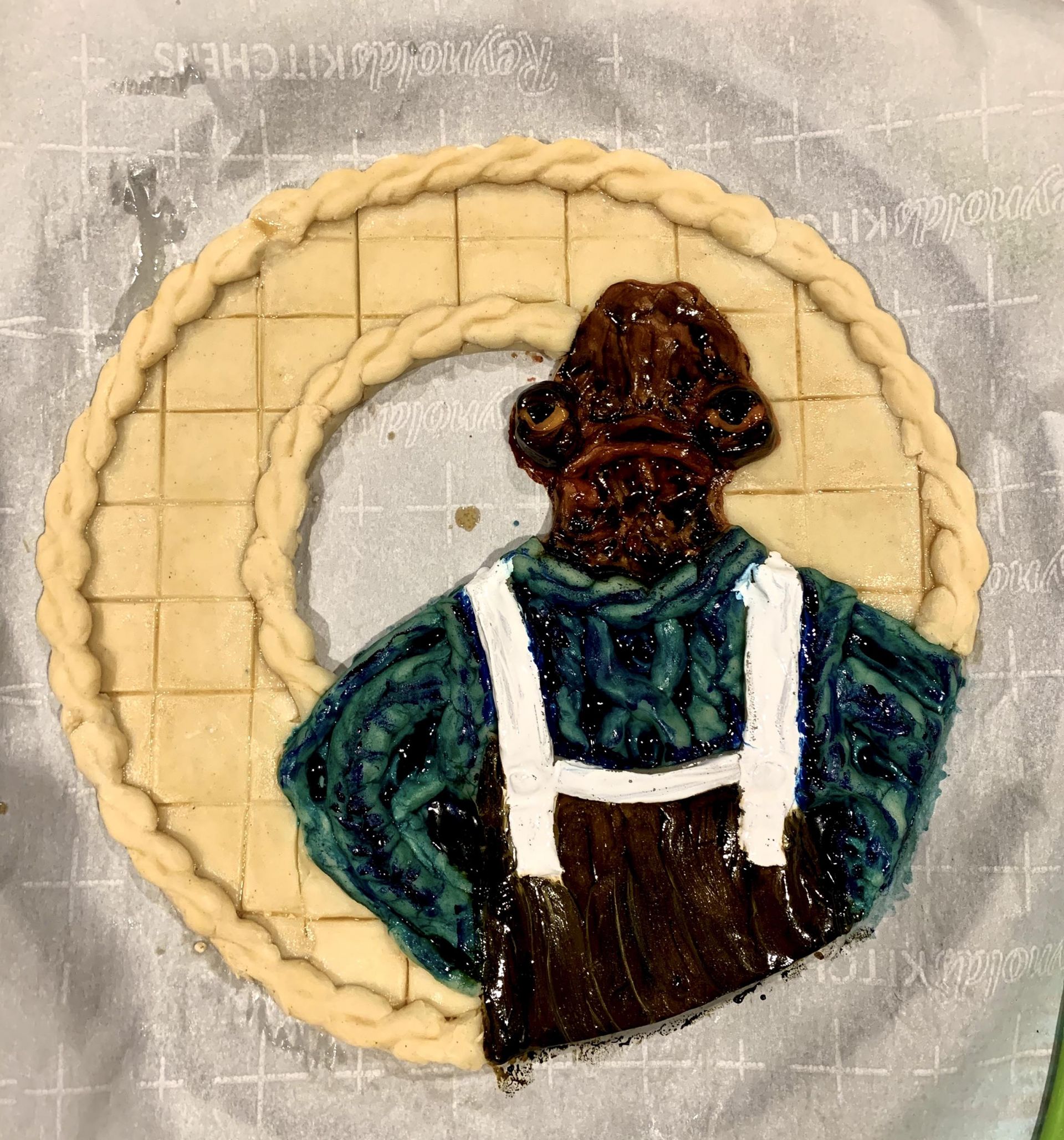 Before baking the pie crust design, I brushed the remaining plain crust area with a mixture of vanilla and brown food coloring. 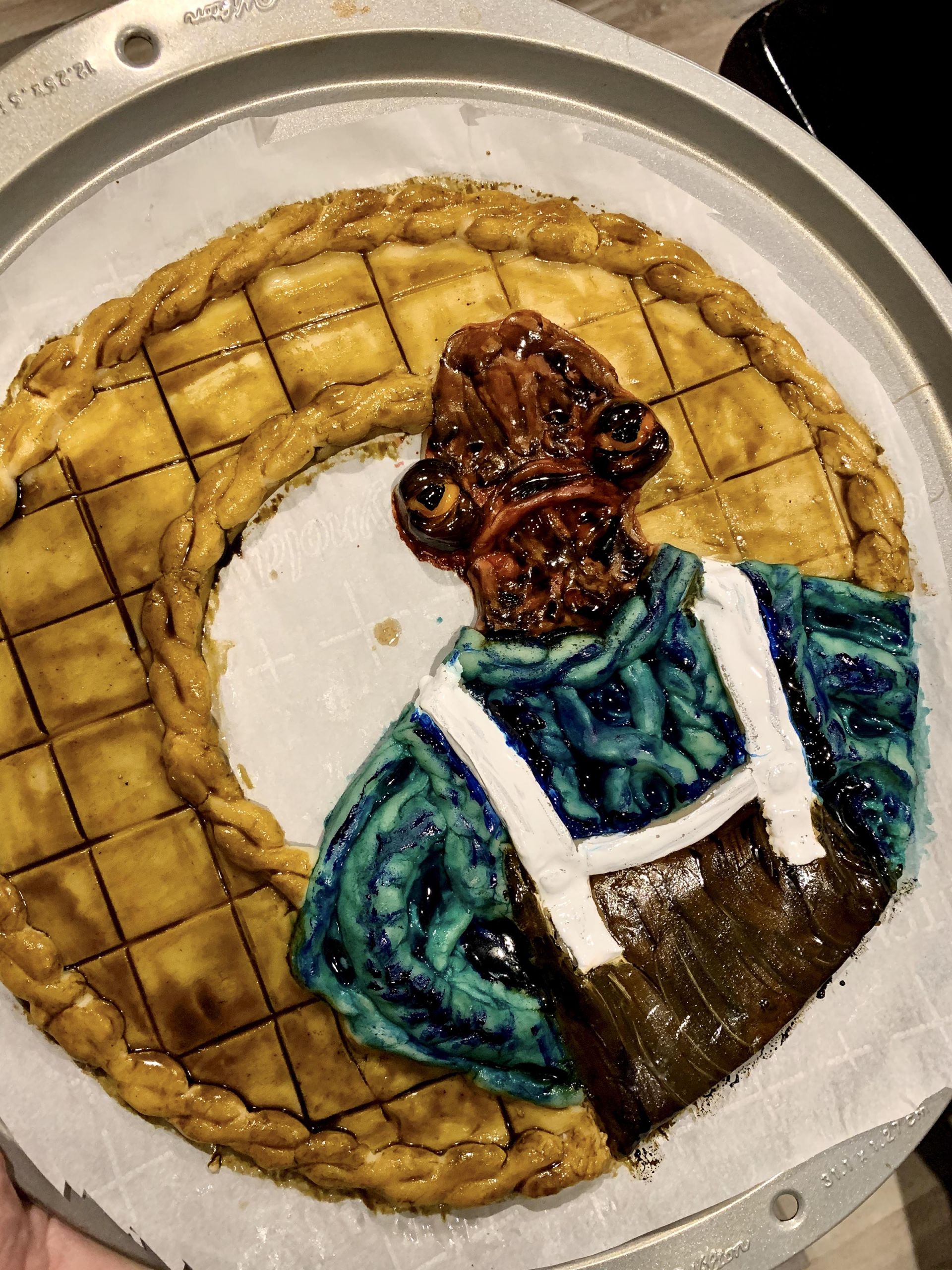 After baking the pie crust design at 400 degrees for about 10 minutes, I let the design cool completely while I prepared and baked my pumpkin pie.

Once my pumpkin pie was removed from the over, I transferred my Mon Calamari pie crust decoration to the top of the pie while it was still hot (which helps to secure it in place). 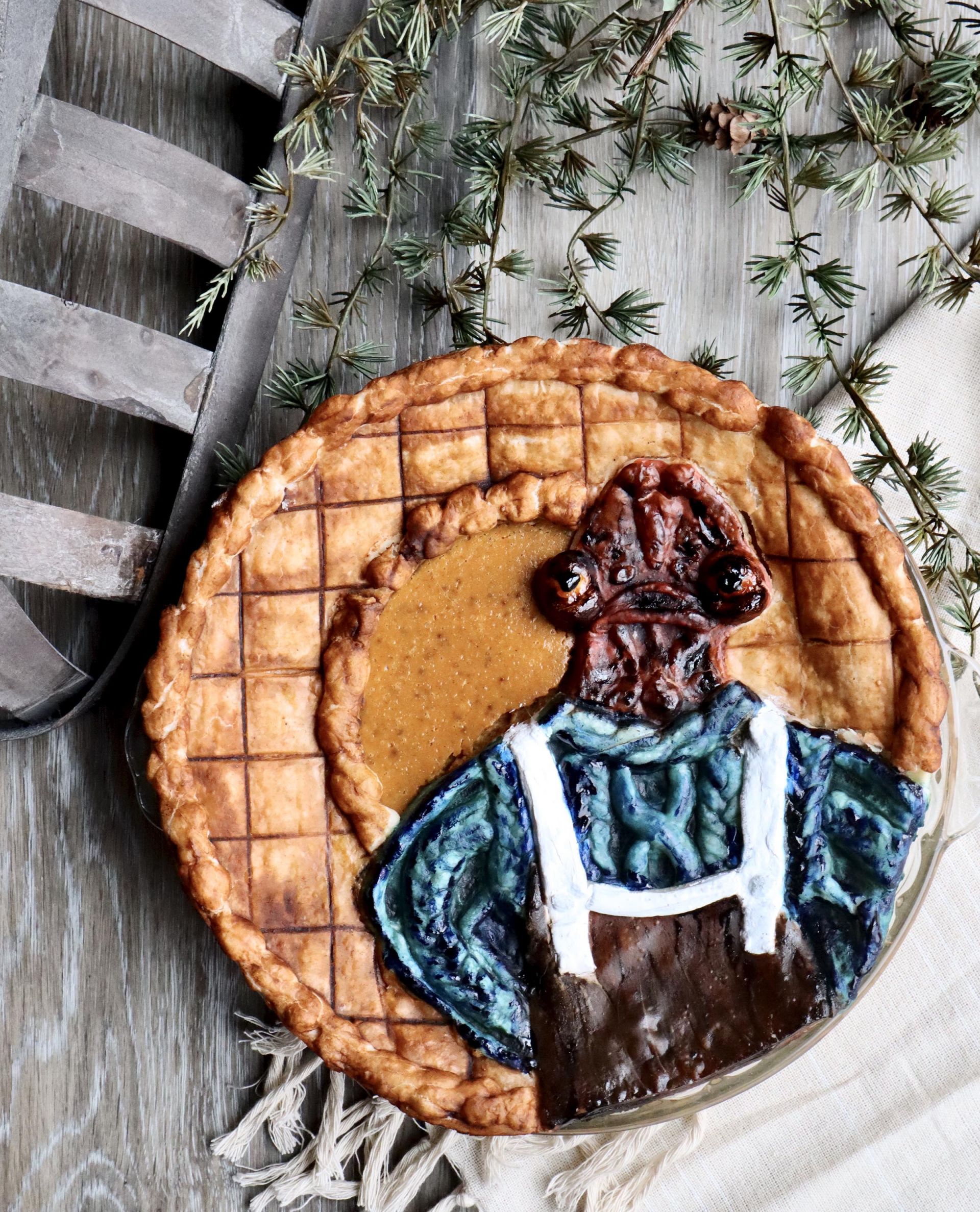 I wonder how much Calamari Flan this pie would go for? 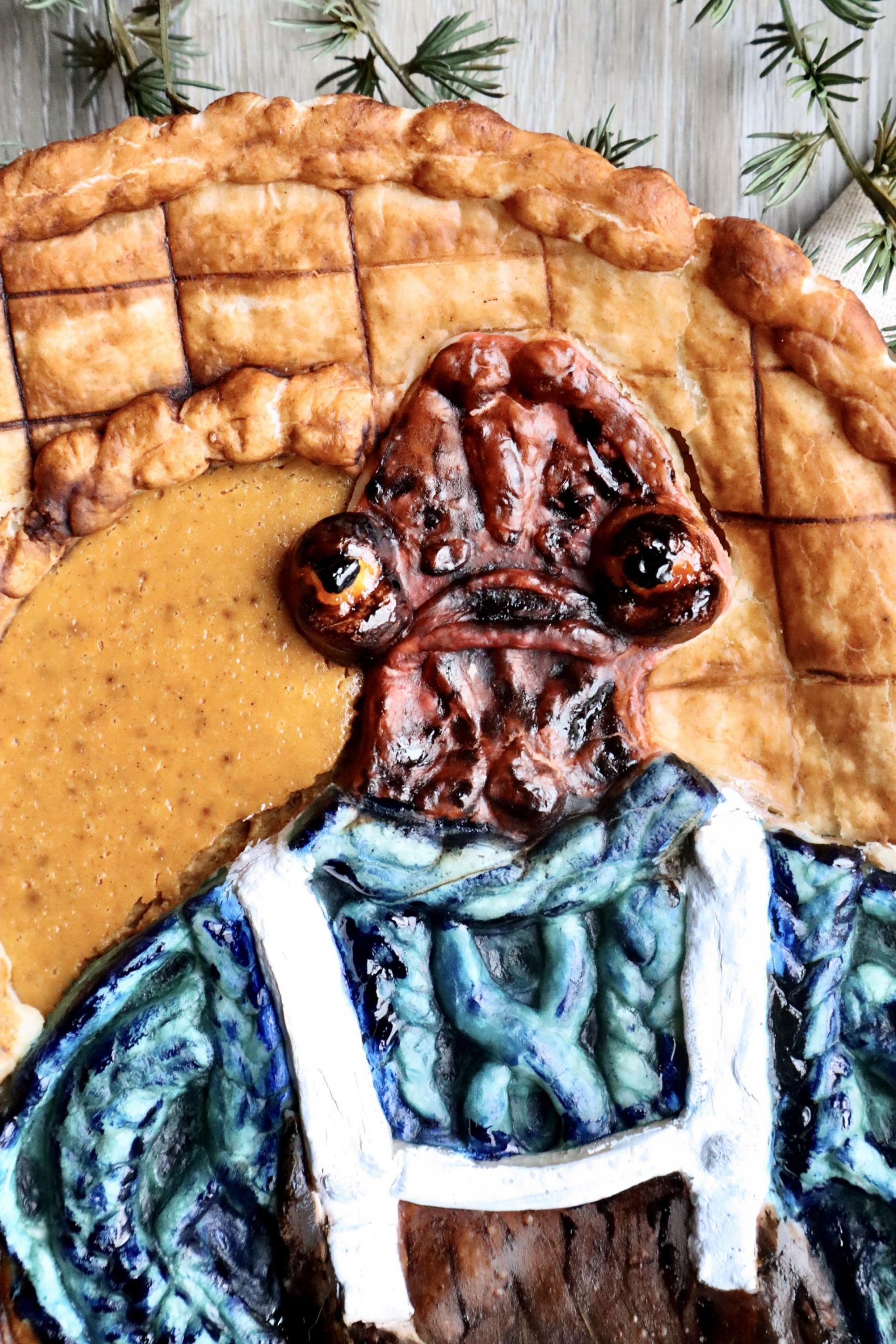 From our sweater-loving family to yours, I hope you had a wonderful Thanksgiving. 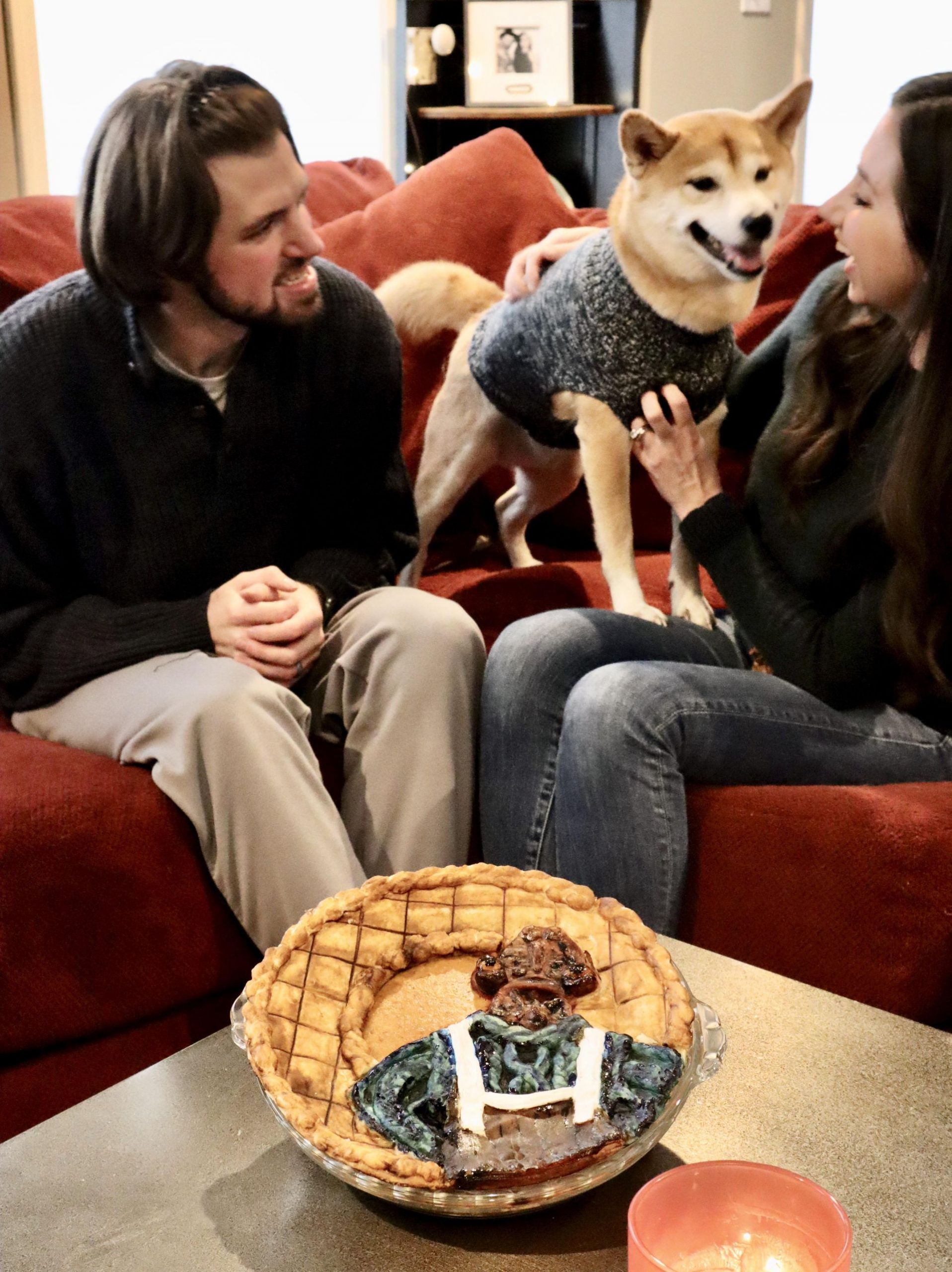