Snow is falling. Our Christmas tree is lit (but we do still need to decorate it…). I’m dreaming of gingerbread structures to make. And I’m SO ready for Christmas movies.

I mostly stick to the tried-and-true holiday classics — White Christmas, Christmas in Connecticut, Home Alone, Christmas with the Kranks, and Lord of the Rings. (I know the l last one isn’t a traditional holiday movie, but the trilogy was originally released in December, so that has to count for something, right?)

I’m not intentionally trying to keep my holiday movie list small, but I just like traditions… and/or I don’t always give new holiday movies a chance. There, I said it.

Admittedly, I am often pleasantly surprised when I do branch out and watch new holiday movies. This very thing happened last year with Disney+’s Noelle — and if you haven’t watched that movie yet, here are four reasons why you should add it to your movie queue this holiday season!

But when I saw the trailer for Godmothered, a new original movie streaming on Disney+ on December 4, I knew I would LOVE this new take on fairy godmothers (with a Christmas twist). 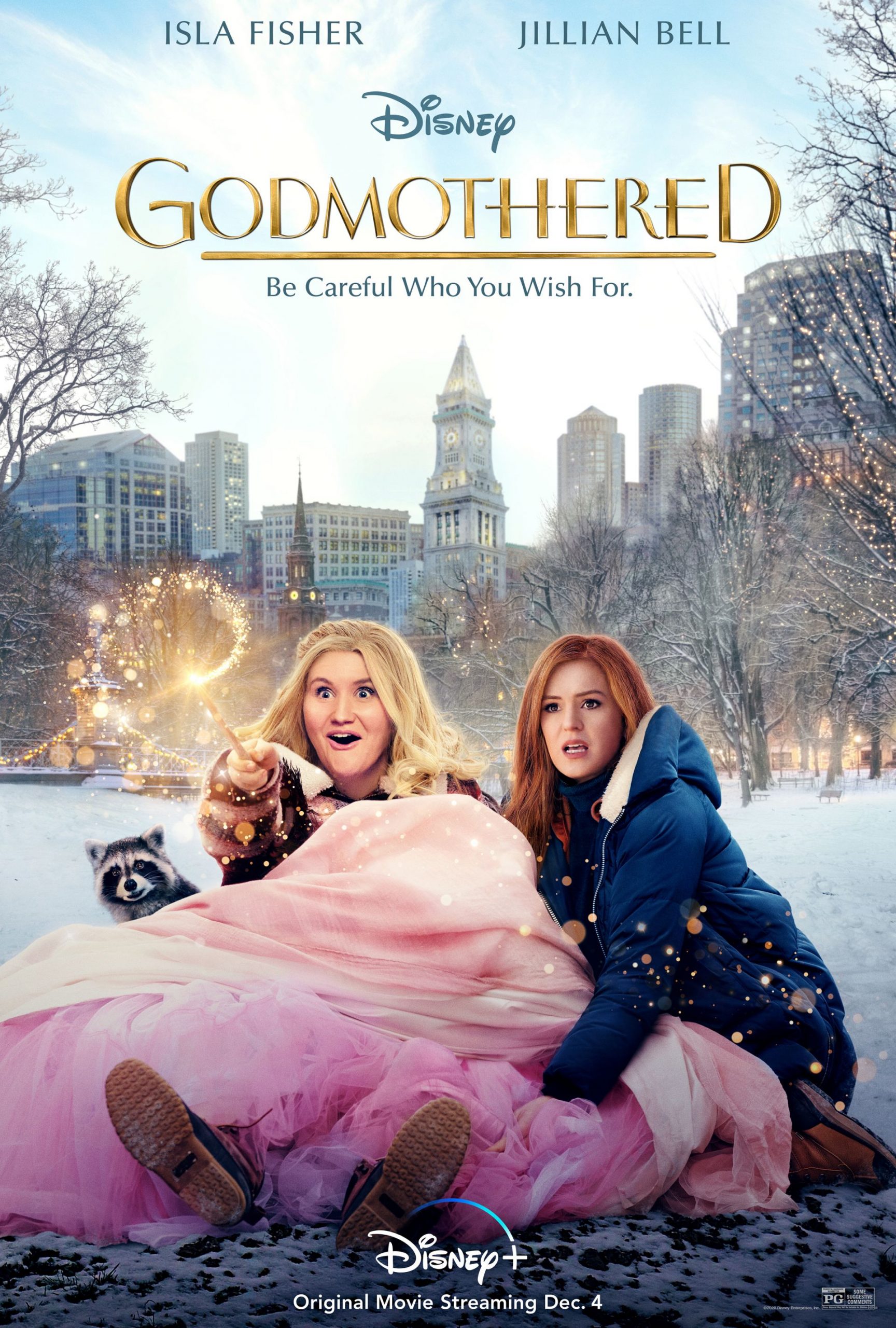 I screened Godmothered this weekend and loved learning what it takes to become a fairy godmother. But this story is not your typical fairy tale, after all, fairy tales end — and that’s where this story begins.

Once Upon a Time…

Godmothered is a family comedy that follows Eleanor’s dream to become a fairy godmother. Played by Jillian Bell, this fairy godmother-in-training is young and inexperienced, but upon hearing that her chosen profession is facing extinction, she becomes determined  to show the world that people still need fairy godmothers.

After searching high and low for an assignment (literally), she finds a mislaid letter from a 10-year-old girl in distress named Mackenzie. And that’s all the nudge that Eleanor needs to leave the Motherland to help Mackenzie find her happily ever after. After a not-so-magical trip to Massachusetts, Eleanor tracks her down and discovers that the young girl is now a 40-year-old single mom working at a news station in Boston. Mackenzie, played by Isla Fisher, is not living the fairy tale she dreamed of as a child. Having lost her husband several years earlier, she has all but given up on the idea of “happily ever after,” but Eleanor is bound and determined to give Mackenzie a happiness makeover, whether she likes it or not. 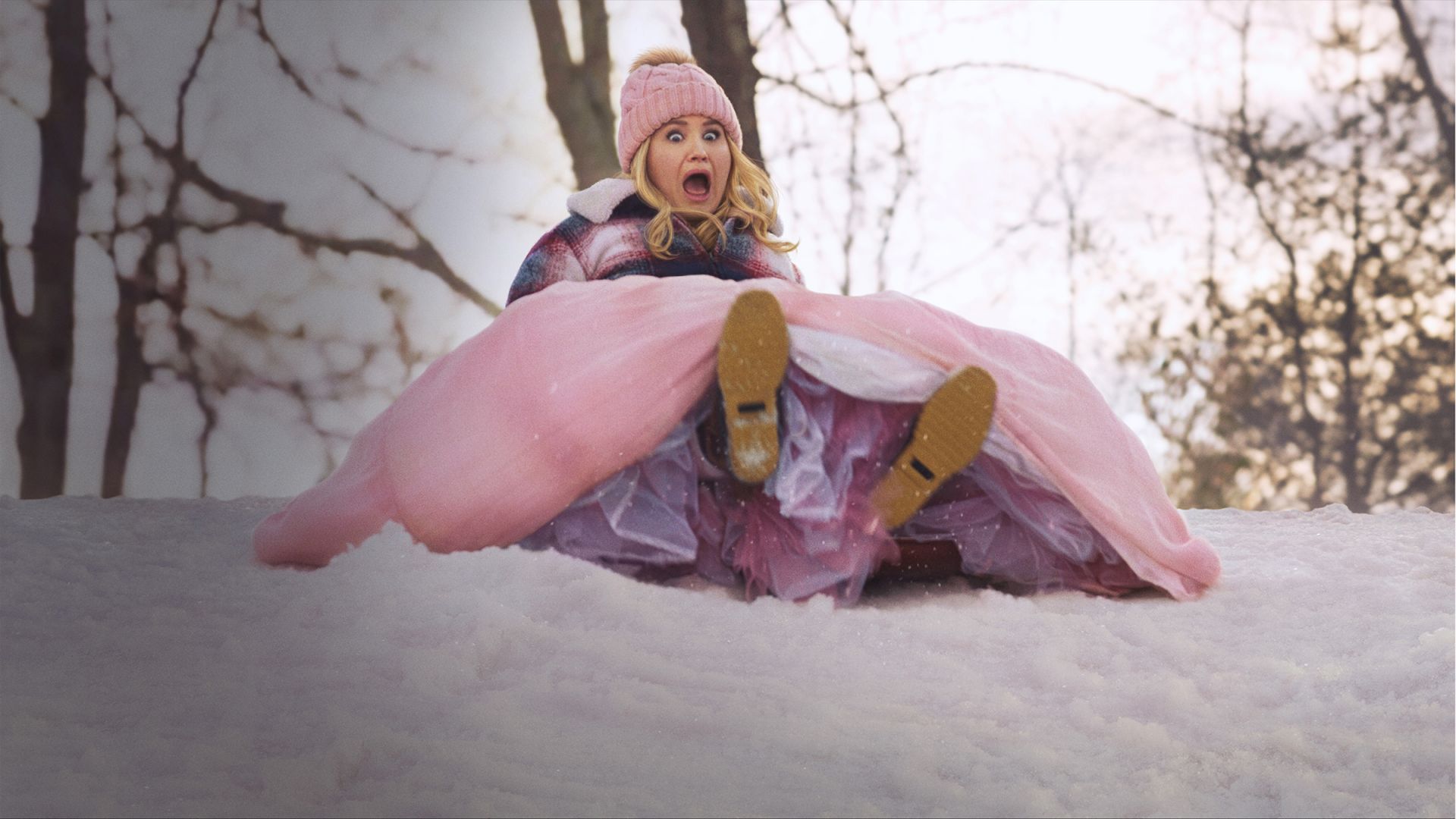 But Is It a Christmas Movie?

Yes (kinda)! The story takes place during Christmas time, but honestly, this is a movie that I will watch all year long! Of course we see some holiday twinkling lights, a few Sound of Music sing-a-longs, and Christmas decorations, but the movie itself isn’t about Christmas, it’s about a family discovering their own version of happily ever after — and isn’t that a message that we could all use? 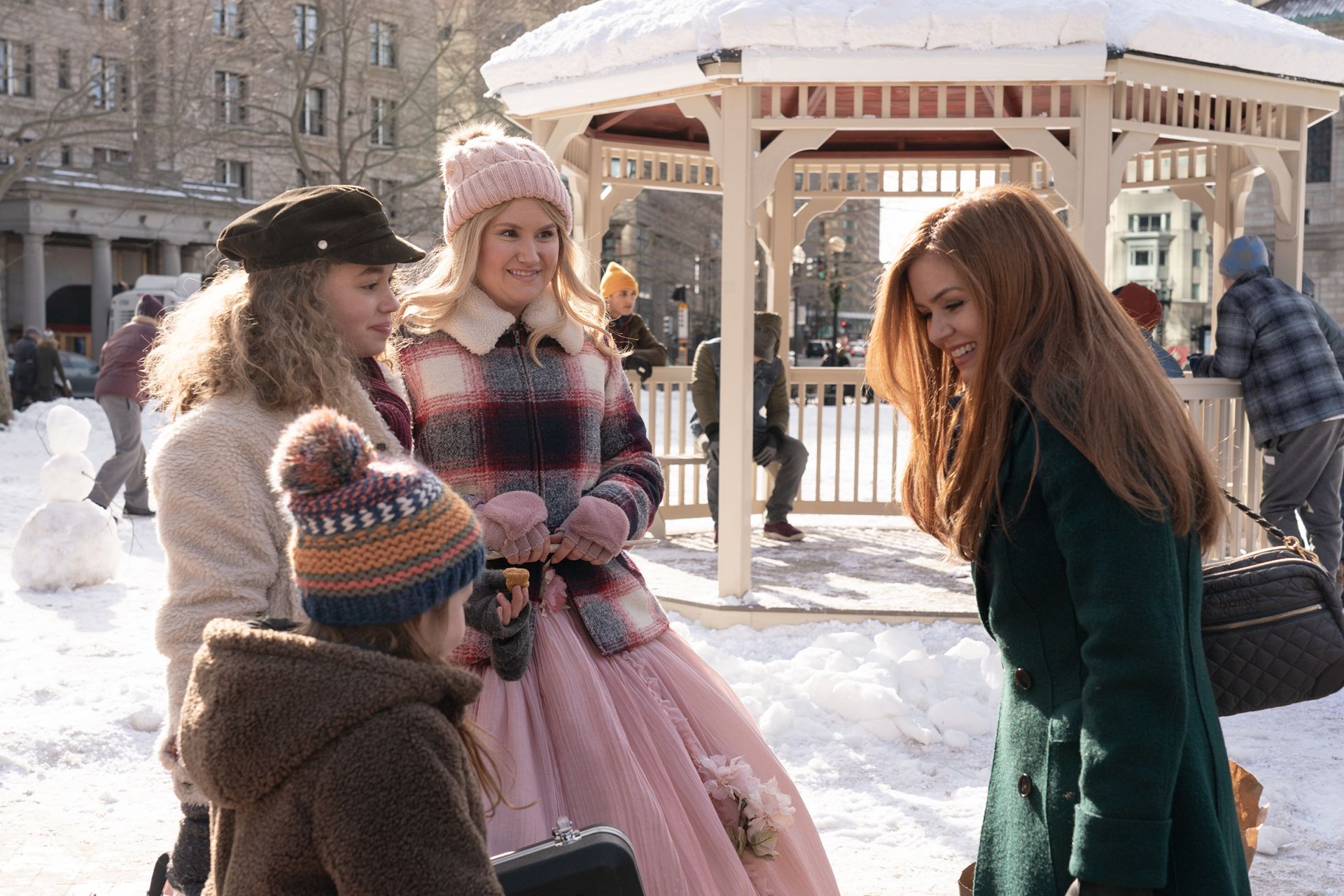 All the Classic Fairy-Tale Elements And Then Some

Eleanor believes happily ever afters only require a few steps — a glittery gown (that turns a frown upside down) and finding true love… but in Boston, well, things aren’t exactly playing out as her Motherland teaching implied.

With the unlikely duo of Eleanor and Mackenzie, we see how hilarious our favorite fairy-tale elements actually are in the real world. 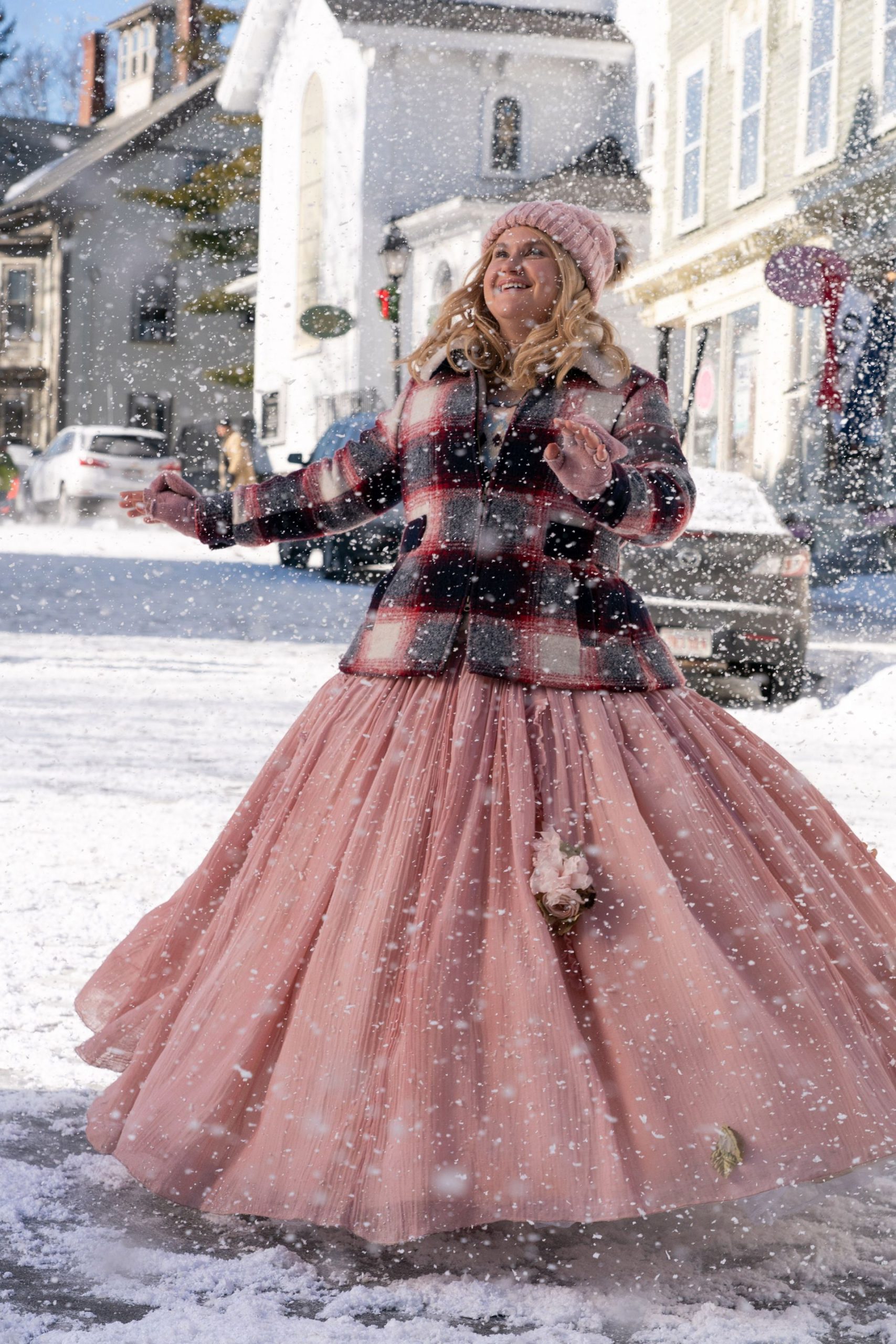 Whether you’re looking for a family holiday comedy to watch or some wholesome fairy-tale vibes, Godmothered checks both of the boxes! While the premise of the movie may feel similar to Enchanted or Elf with a displaced character from a magical land, Godmothered brings a hilarious twist to classic fairy tale elements, this time with a fairy godmother at the helm, and re-examines what happily ever after means in today’s world.

Godmothered comes to Disney+ on December 4! 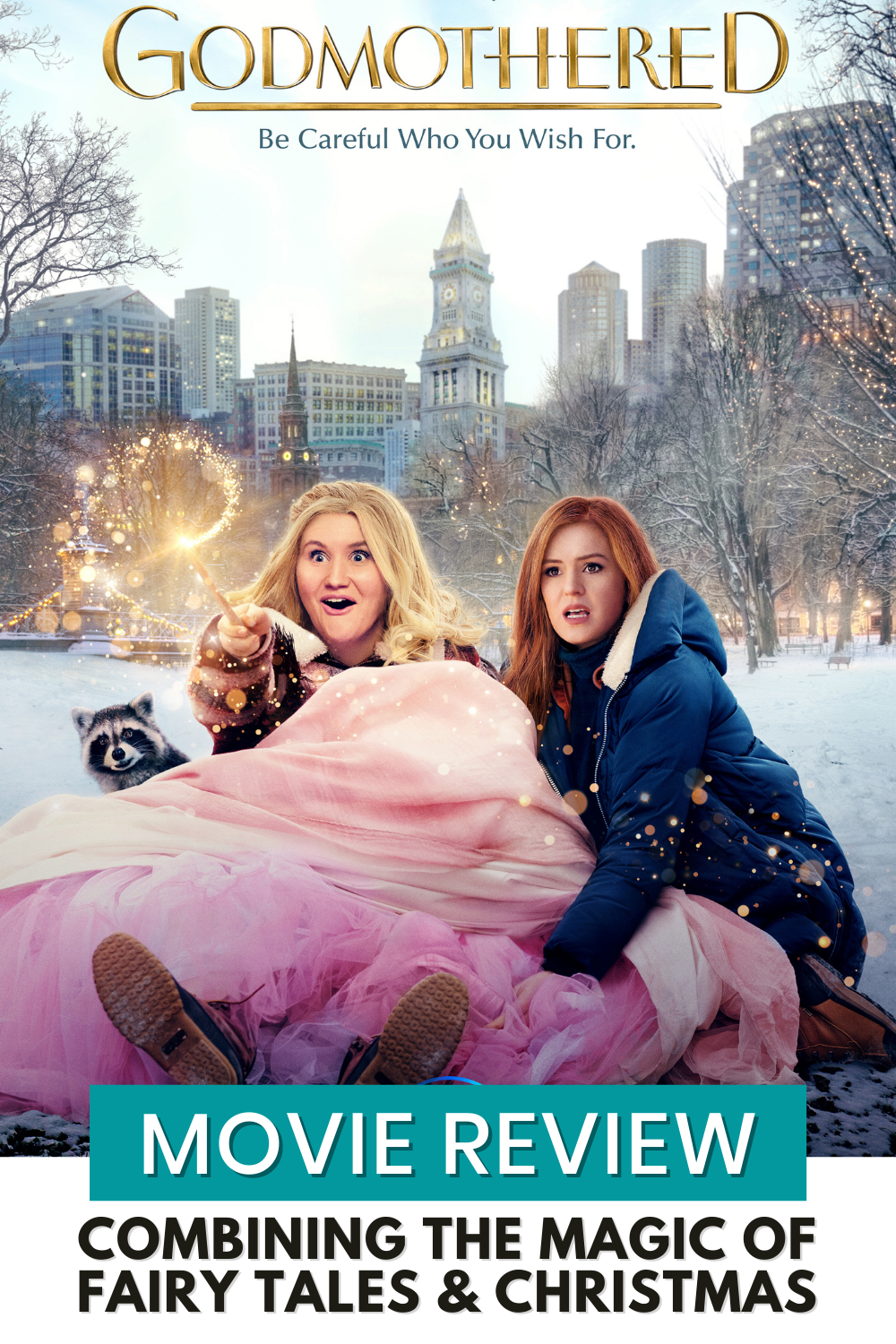