I have a sewing project list a mile long, but it seems I’m stuck in WandaVision mode! And stuck in the 1950s era at that…

A few weeks ago I sewed a WandaVision costume inspired by Wanda Maximoff’s 1950s house dress from the first episode of the Disney+ series. It’s probably my favorite sewing project thus far and I learned a lot attempting it.

And while I never intended to make another WandaVision dress… well, I had a lightbulb moment that I couldn’t resist.

You see, I have a closet full of old bridesmaid dresses and one of them had similarities to Wanda’s OTHER 1950s dress. 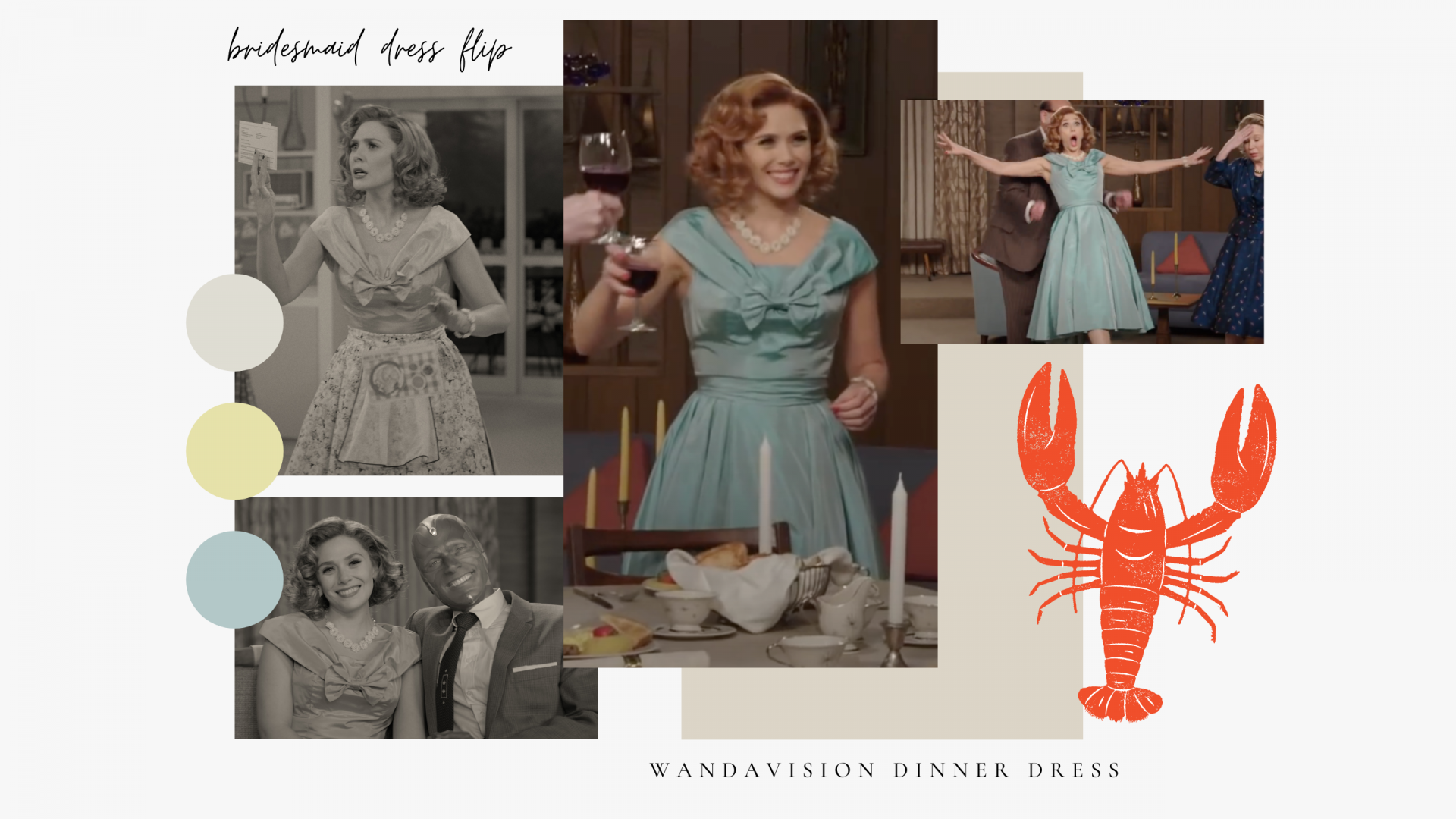 As I discussed in my first WandaVision dress project, the two dresses that Wanda wears in the first black and white episode were actually a light blue/green color. 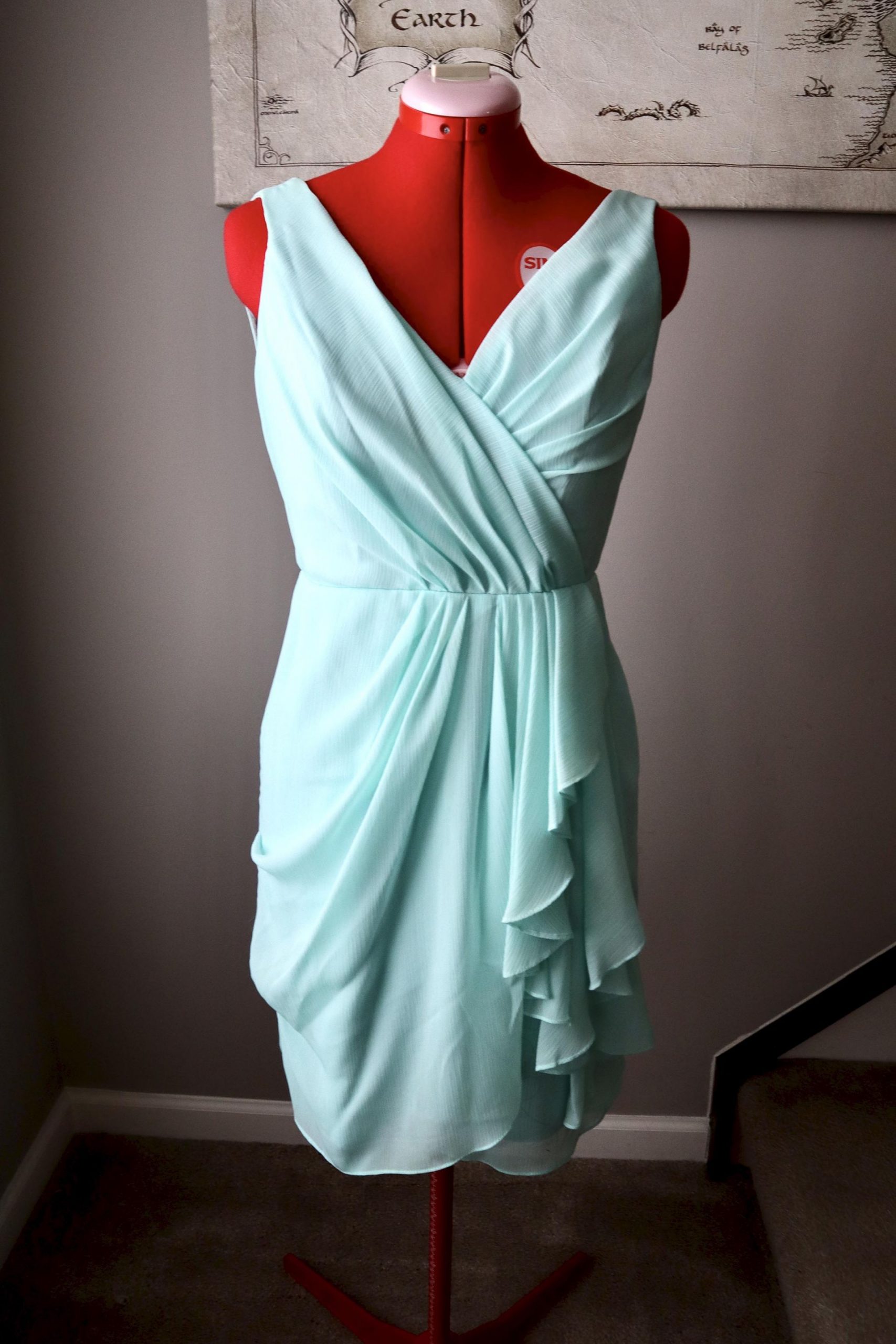 And here’s the modified dress with some 1950s Wanda touches! 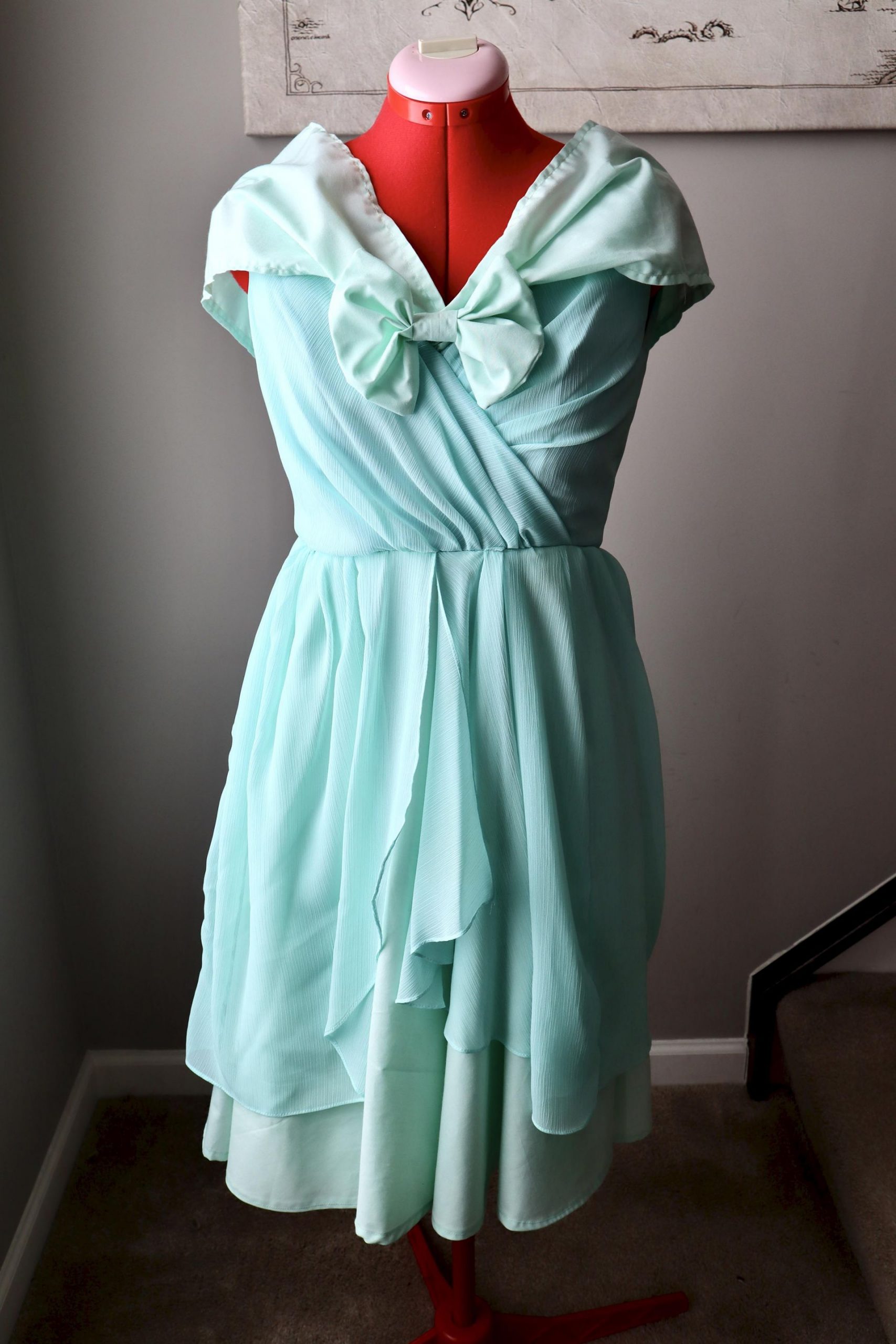 Now pair the new dress with a cute apron and some superhero powers. 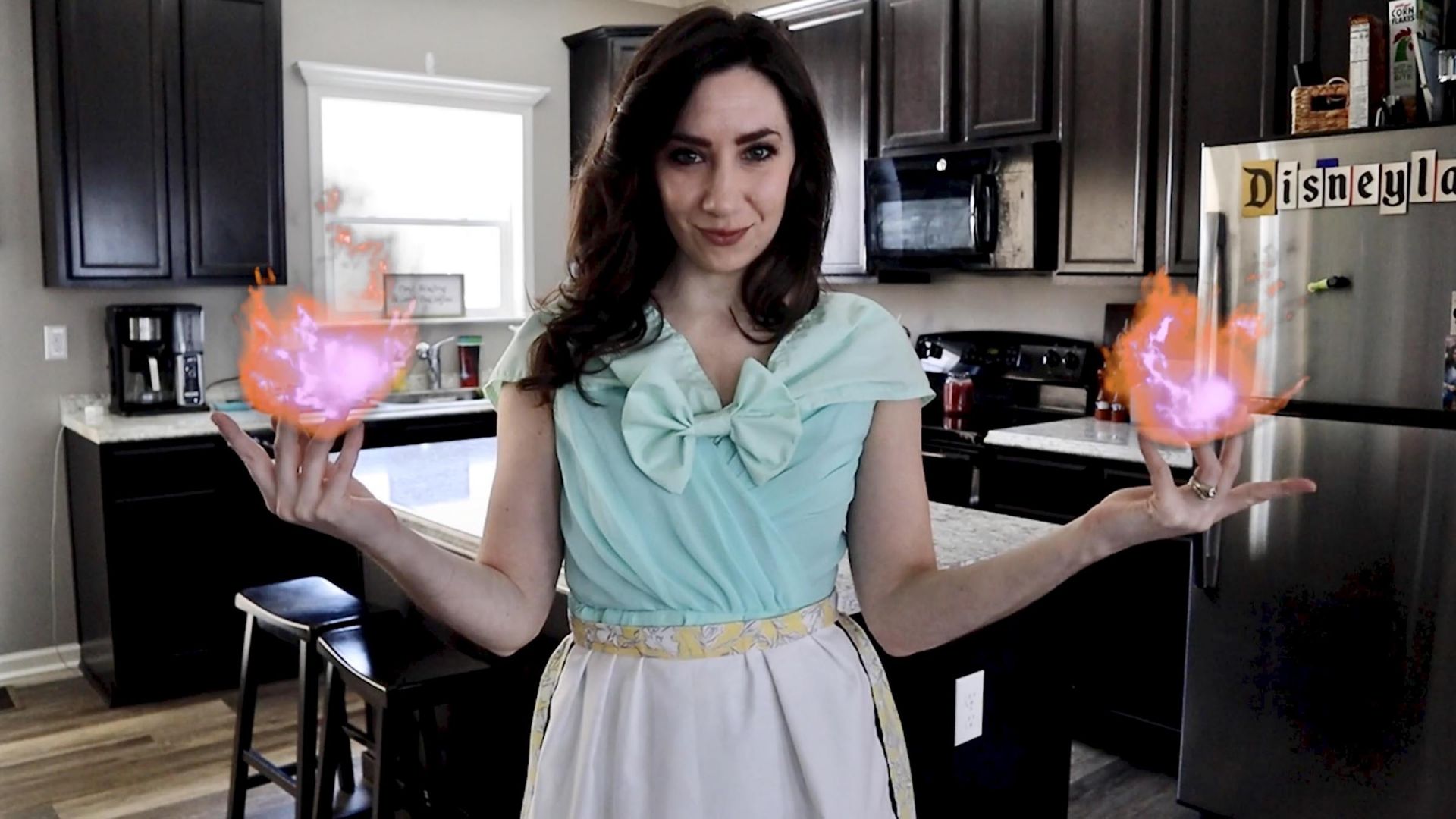 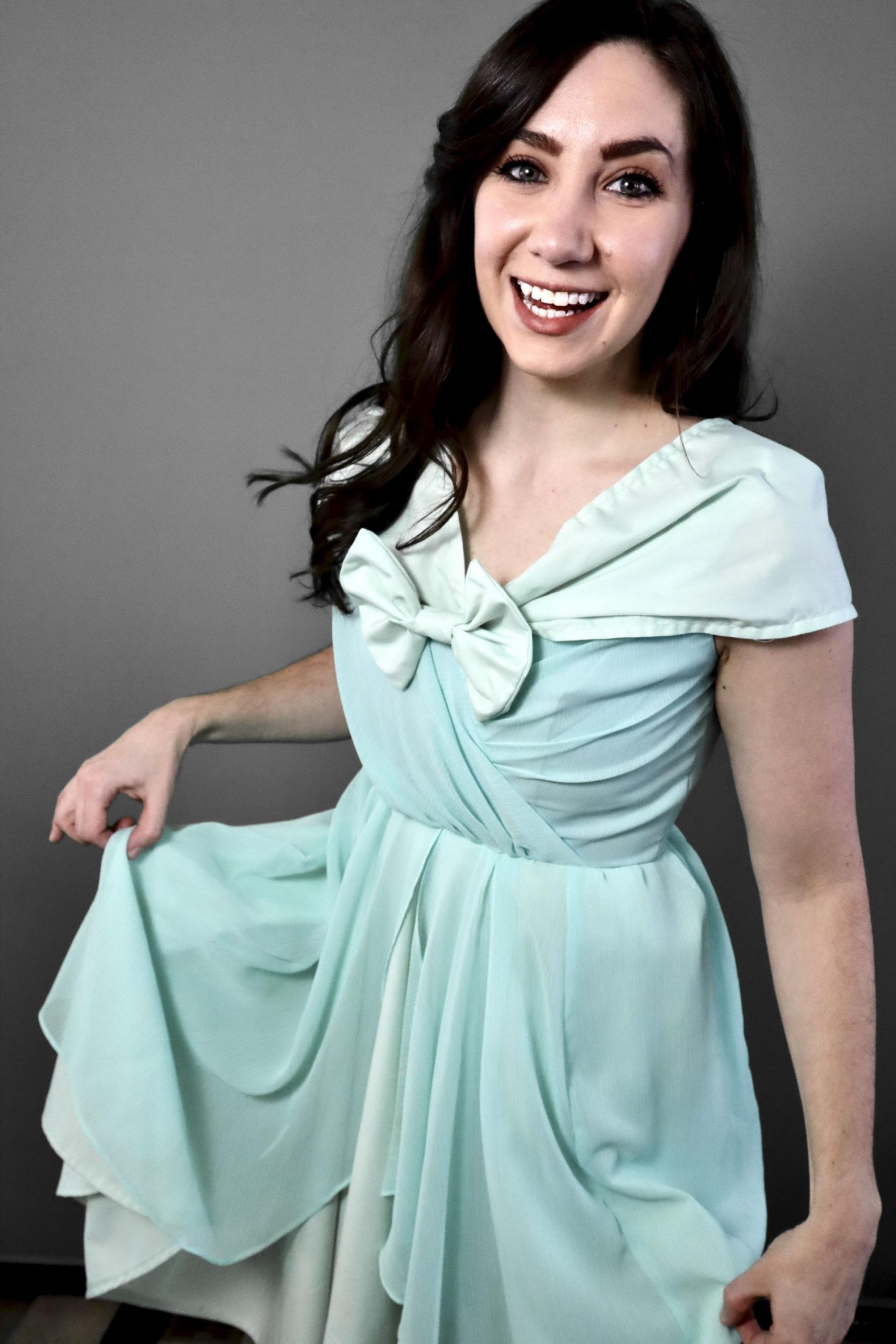 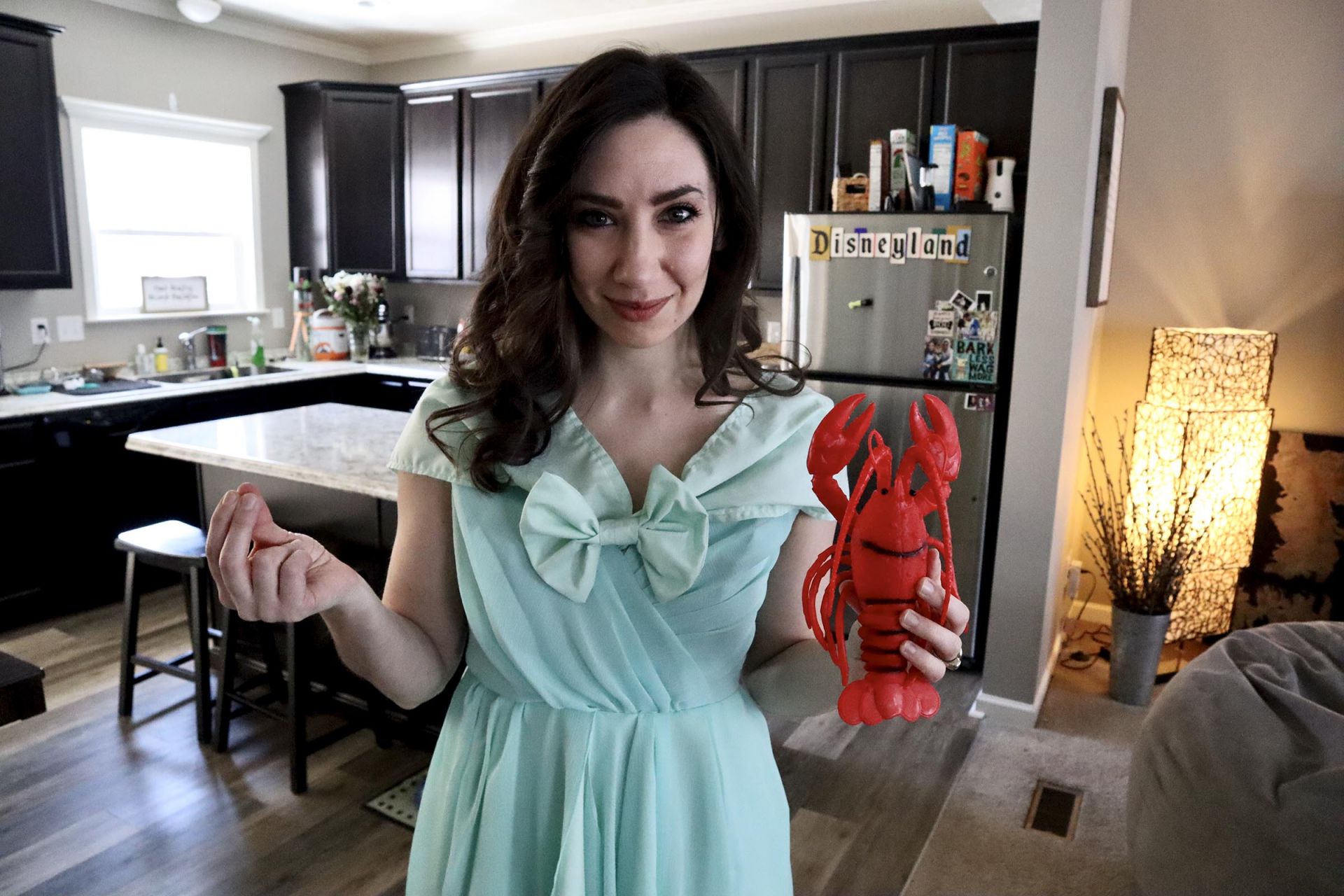 If you enjoyed this WandaVision project, don’t forget to check out my other WandaVision sewing project.