This post is sponsored by Metro Goldwyn Mayer Pictures. All opinions are my own.

Everyone’s favorite spooky family is back in the animated comedy sequel, The Addams Family 2. And you can watch it in theaters and On Demand this Friday, October 1st! 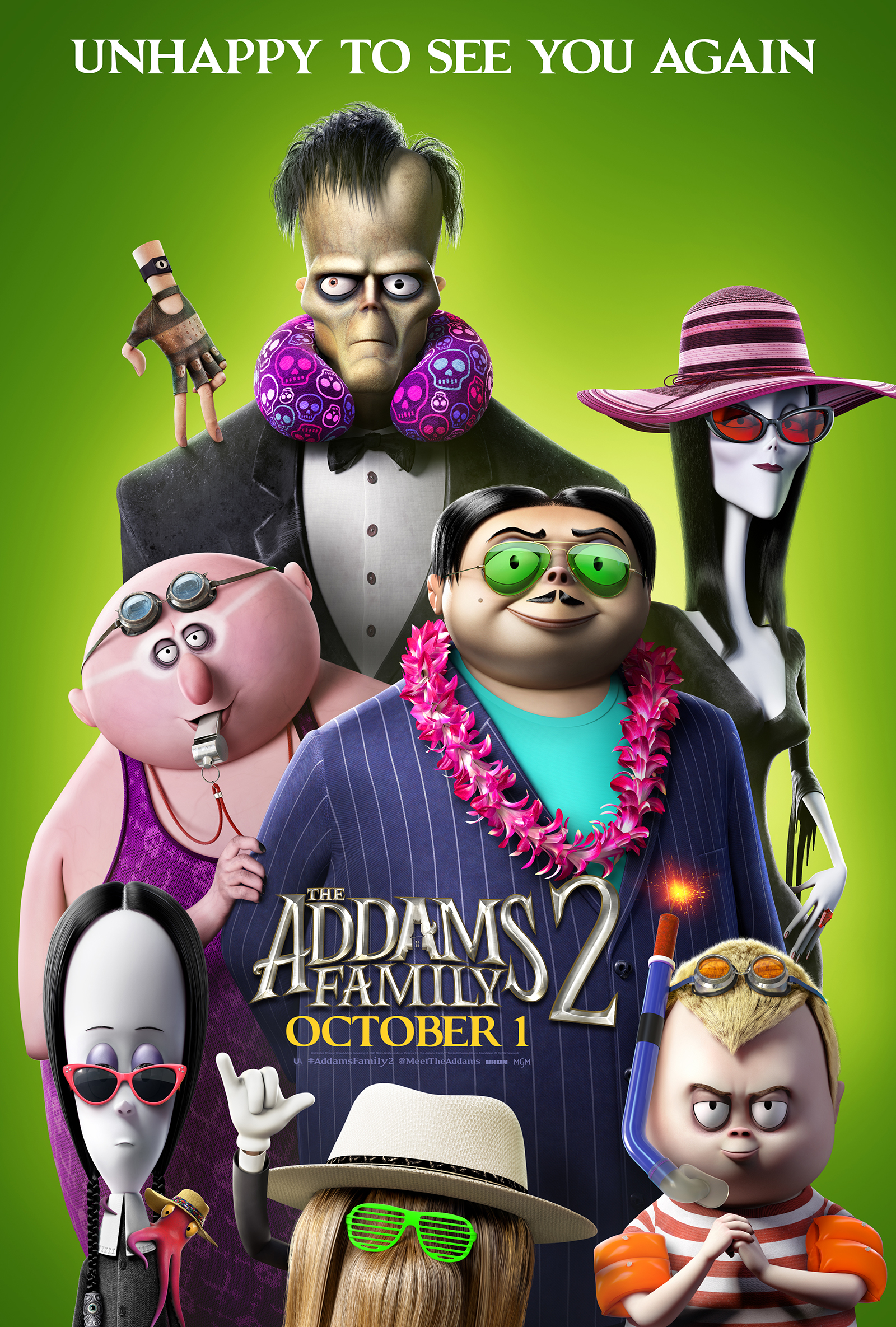 About The Addams Family 2

With the return of The Addams Family, we find Morticia and Gomez distraught that their children are growing up, skipping family dinners, and totally consumed with “scream time.”

To reclaim their bond they decide to cram Wednesday, Pugsley, Uncle Fester and the crew into their haunted camper and hit the road for one last miserable family vacation. Their adventure across America takes them out of their element and into hilarious run-ins with their iconic cousin, IT, as well as many new kooky characters. What could possibly go wrong?

Perfect for your Halloween decor, I’ve prepared a creepy and kooky DIY project to make at home. Inspired by the Addams Family themselves — just add your own family photo to the frame for some spooky vibes. Find the files and instructions below to make your own. 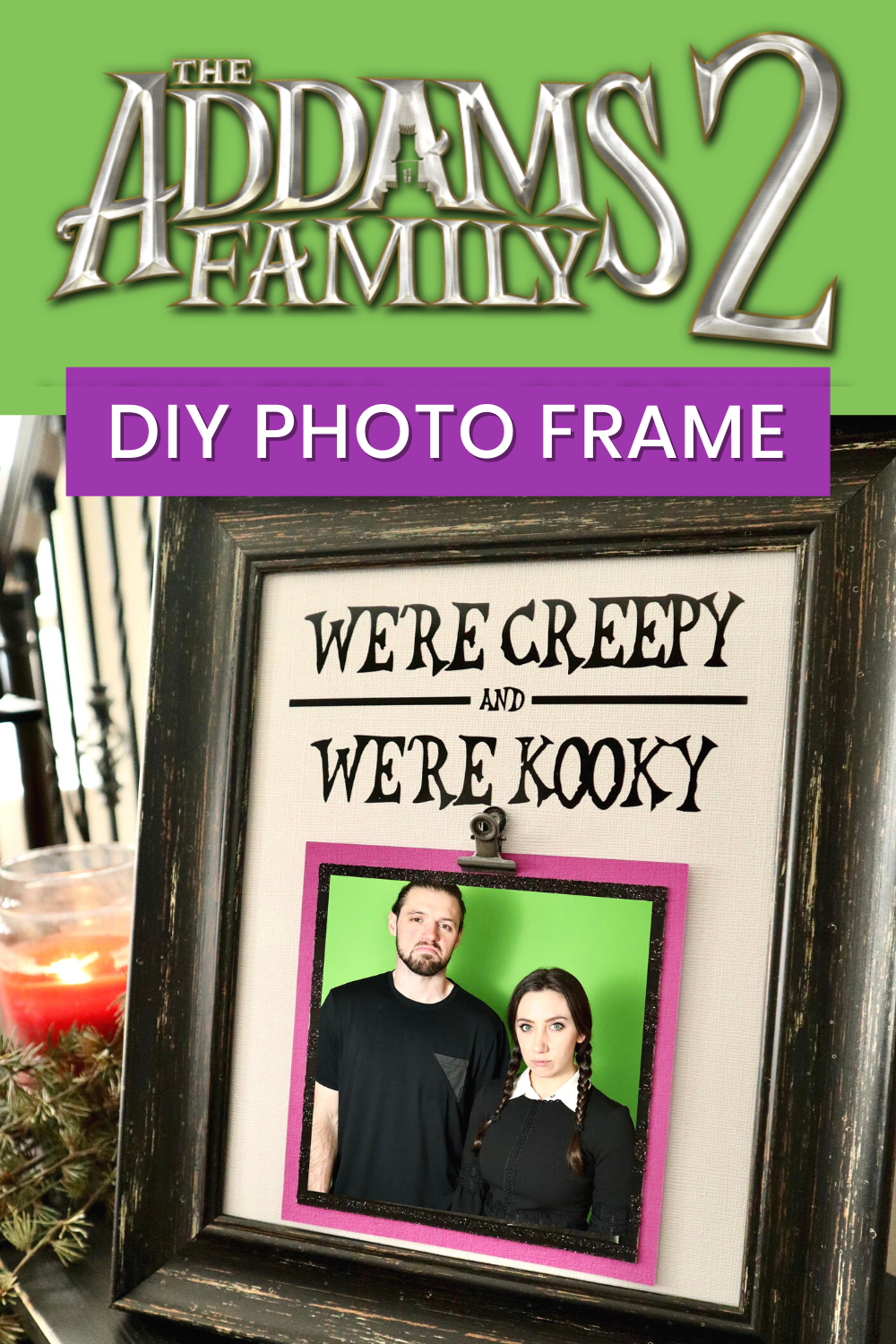 If a Cricut machine (or similar cutting machine) is unavailable, print the “We’re Creepy and We’re Kooky” phrase out on the top of an 8x10 piece of paper and cut out the rest of the cardstock squares with scissors to assemble the photo frame. 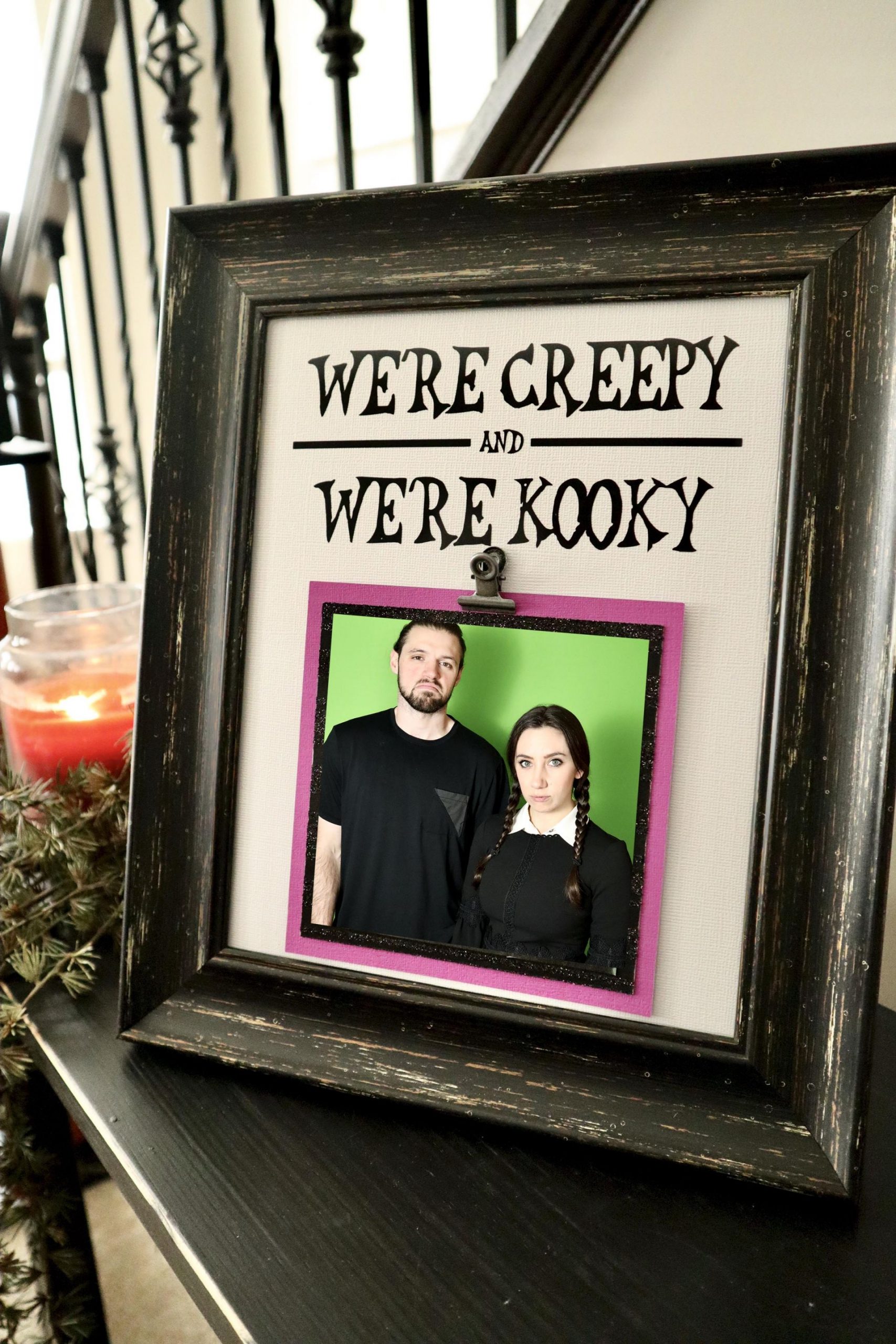 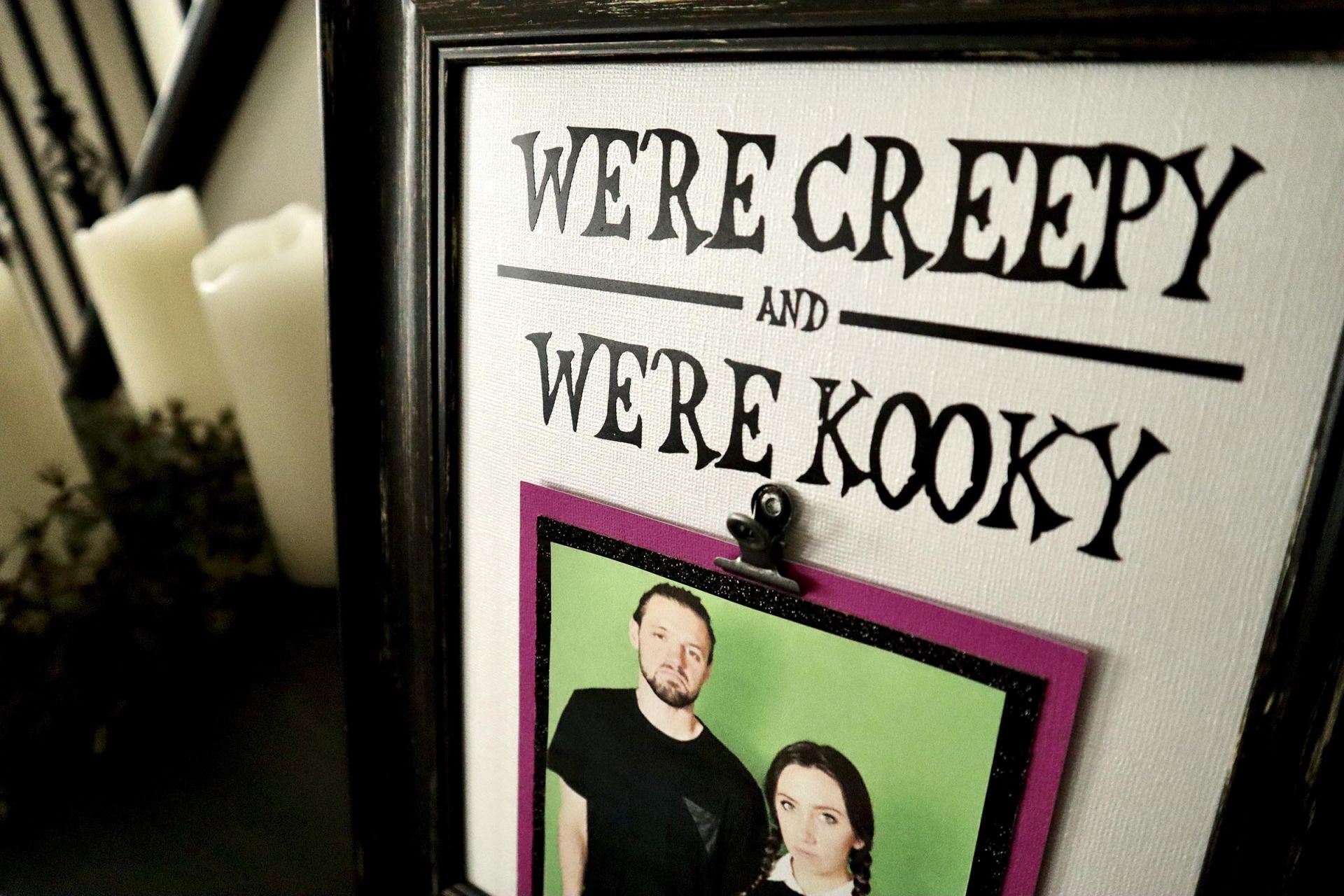 Watch The Addams Family 2 in theaters and On Demand this Friday, October 1st.