‘Tis the season for Marvel trailers and pie! If you’re super excited for Captain Marvel, the next film of the Marvel Cinematic Universe, you’ll love this easy Captain Marvel pie tutorial.

BONUS — by the time you’re done, you’ll be a Noble Warrior *Pie Baker.*

How to Decorate a Captain Marvel Pie 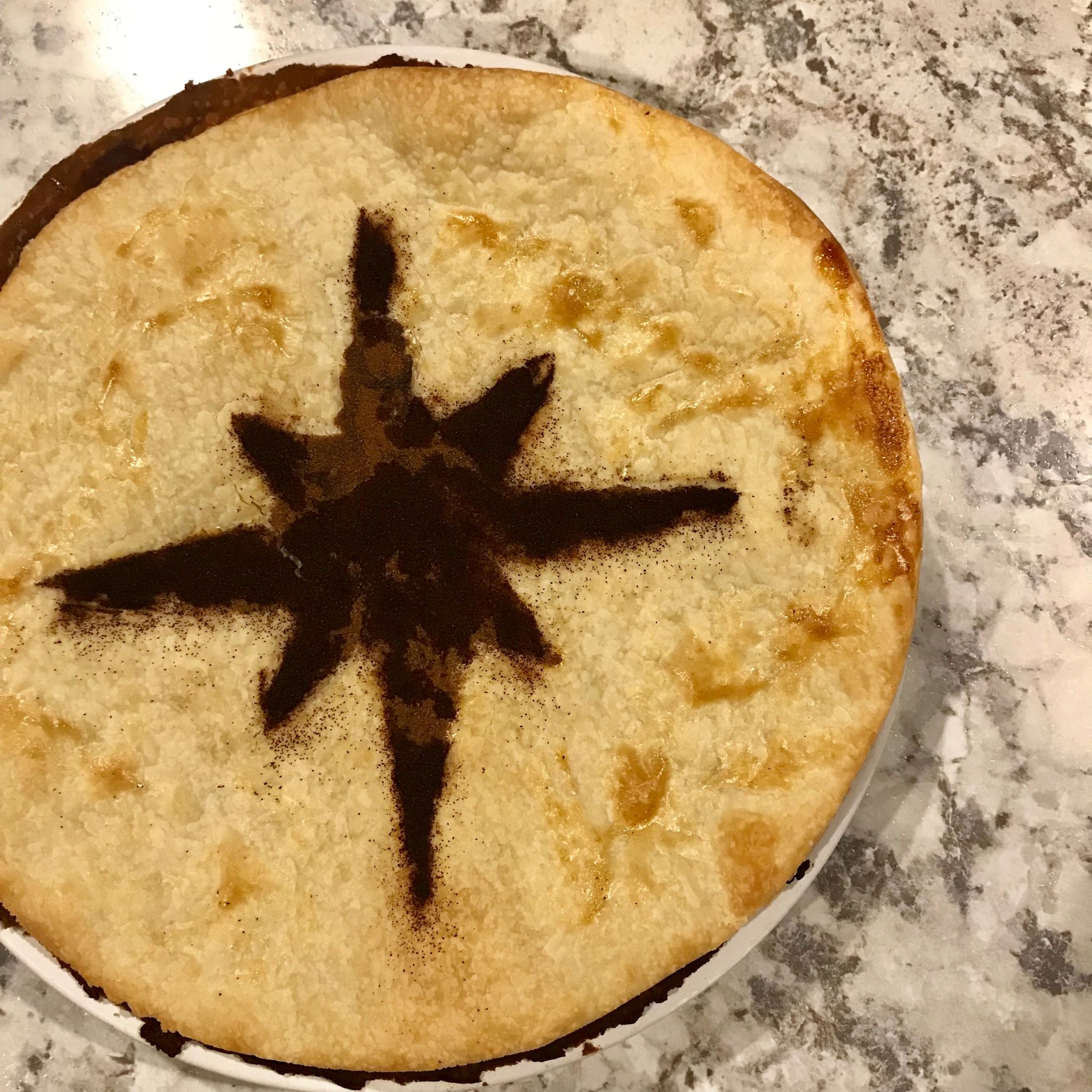 First, create the Captain Marvel stencil to use to decorate the top of your pie. Download and print the Captain Marvel file (see list above) at approx. 7 inches wide (for a 9 inch pie) on a piece of card stock paper. Next, use your X-acto knife to carefully cut out the inner star. Set aside.

Roll out one of your refrigerated pie crusts on a clean surface. Take your pie pan and place it upside down on your dough. Trace the outline of the pie pan with a butter knife to cut away the excess dough, leaving you with a circle the same diameter as your pie dish. This will be used for the top of your pie. Carefully transfer the piece of dough to a baking sheet. Center your stencil on top of the piece of dough. Using a pastry brush, brush beaten egg white over the open part of the stencil. Next, sprinkle cinnamon on top of the brushed egg white. Carefully raise the stencil off of the dough, being careful not to disturb the excess cinnamon on top of the stencil, and discard. If the edges of your Captain Marvel design are not as clean as you’d like, use a butter knife to straighten the edge of the cinnamon. Bake the top of your pie for 8-10 minutes, or until golden brown.

While the top of your pie cools, it’s time to prep the bottom of your pie. Fill your pie pan with the remaining pie crust and remove any excess dough from the edges. The pie filling is up to you. (I went with classic apple.) Bake the bottom of your pie according to whatever recipe you’re following. Once your pie is done baking, remove it from the oven and quickly place the decorated crust piece on top of the pie. By placing it on top of the hot pie, the heat and juices from the pie will help to seal the top piece to the bottom.

Let cool and enjoy with a scoop of your favorite ice cream. 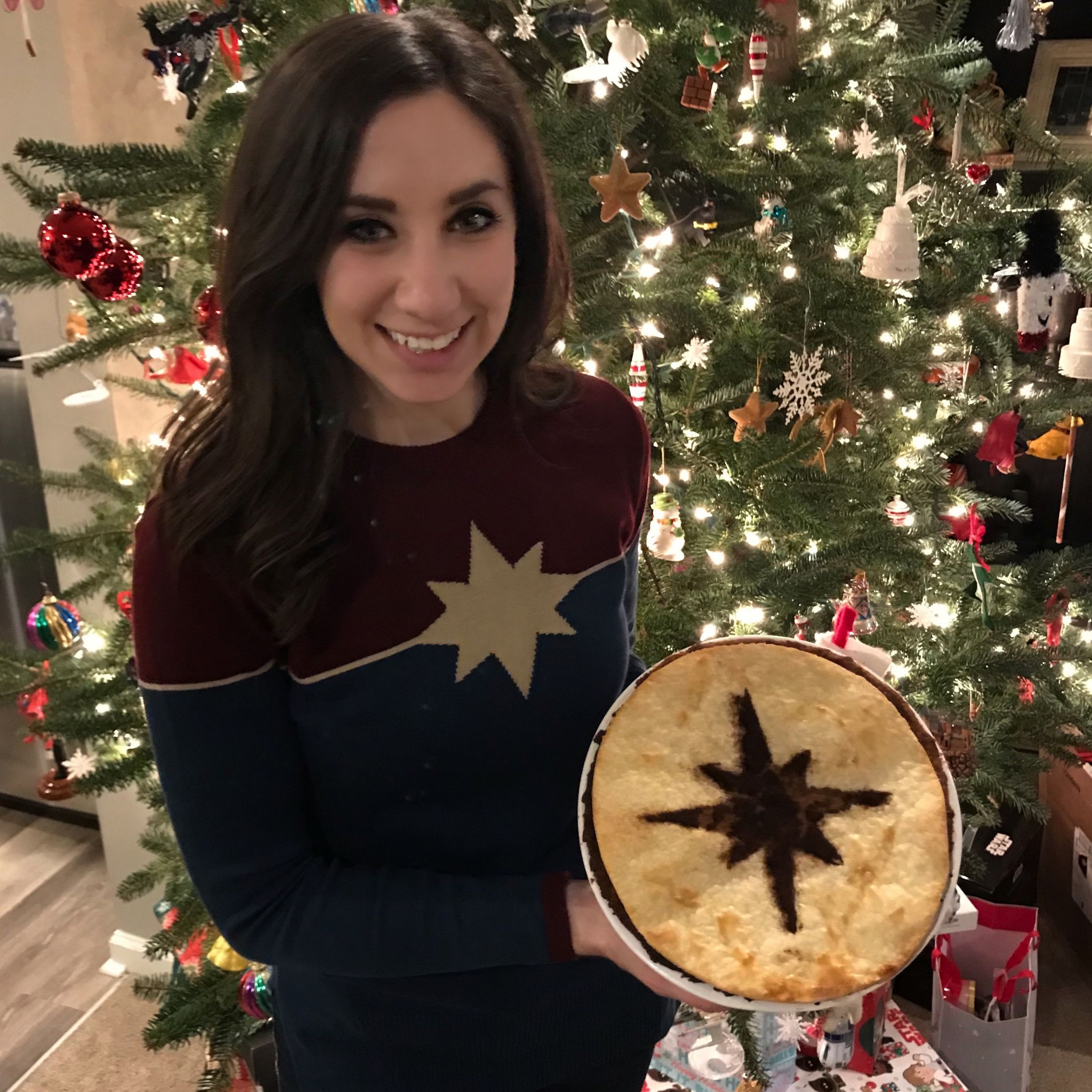 Looking for more MARVEL-ous content? Join me by watching all MCU films in preparation for Avengers: Endgame!