After months of waiting, Disney’s new live-action Mulan is now available to watch on Disney+ with premier access!

My husband and I both had Friday off (the day Mulan was released), so first thing in the morning we had Mulan playing. What’s better than your morning coffee and a new Disney movie? And so far this weekend, I’ve already watched it two times! (It’s THAT good.)

If you haven’t watched the new live-action Mulan yet, this review is spoiler-free — just don’t watch the video at the bottom until you see the movie! 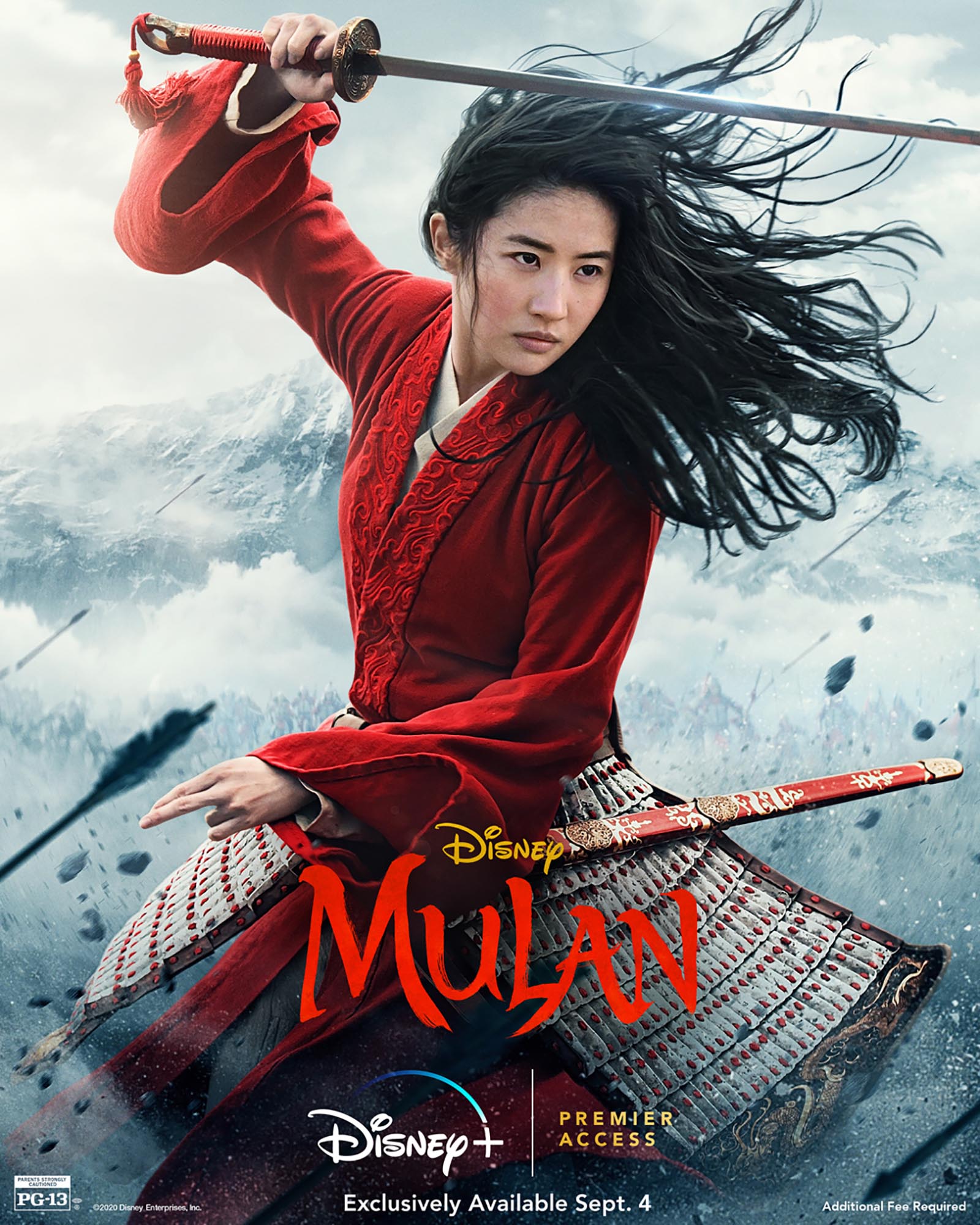 Mulan is the latest Disney live-action movie to be released, and it may be one of my favorites. It has many differences from the 1998 animated film, and that’s precisely what I like about it.

While I’ve enjoyed all of the live-action Disney remakes — they’ve brought the magic of my favorite Disney movies back to life, reimagined for a new generation — I prefer the ones that are not scene-for-scene retellings of the cartoon.

The 2020 live-action Mulan is a new take on the story — no Mushu, no grandmother, no songs, not as many jokes — and instead of comparing it to the 1998 animated film, it’s best to enjoy it for what it is — a new Mulan for a new generation of viewers.

Let both the 1998 animated movie and the 2020 live-action film be unique tellings of the Mulan story. 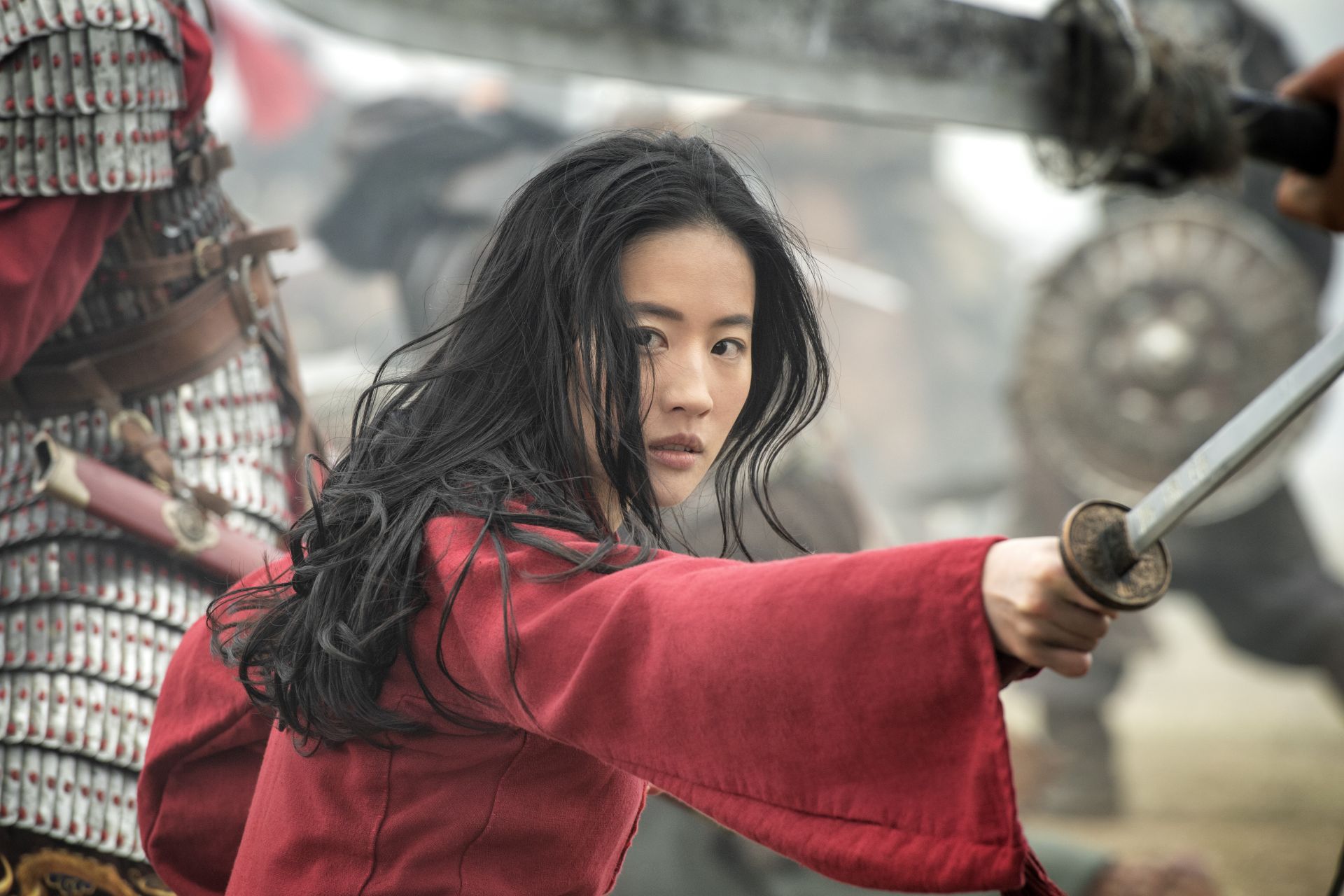 One of my favorite additions to the new Mulan is Xianniang, the mystical witch who aids the northern invader Böri Khan in his quest to conquer China. Xianniang’s abilities allow her to transform into a hawk and even assume the identity of other people. She’s powerful and provides Böri Khan with a fierce advantage in battle.

But while Xianniang is a villain herself, she has many similarities to Mulan. Both women have strong powers which society has told them to hide away or else be exiled and considered a witch. And as the path of both characters become entangled, they learn they are more alike than they could have imagined.

Watch my video review for more details on their relationship — spoilers!

Why I Love Mulan

I love the new live-action Mulan. From the action-packed battle scenes to the detailed costuming, set design, and the stirring soundtrack, Mulan captured my attention from every aspect.

Not only was Mulan loyal, brave, and true, but she was fiercely independent, strong, and courageous from the very first scene in the movie. This 2020 Mulan doesn’t have to become a strong warrior because she already is one — instead, her real fight lies in breaking down society’s barriers which prevent her from being a warrior as a woman. And she does just that. 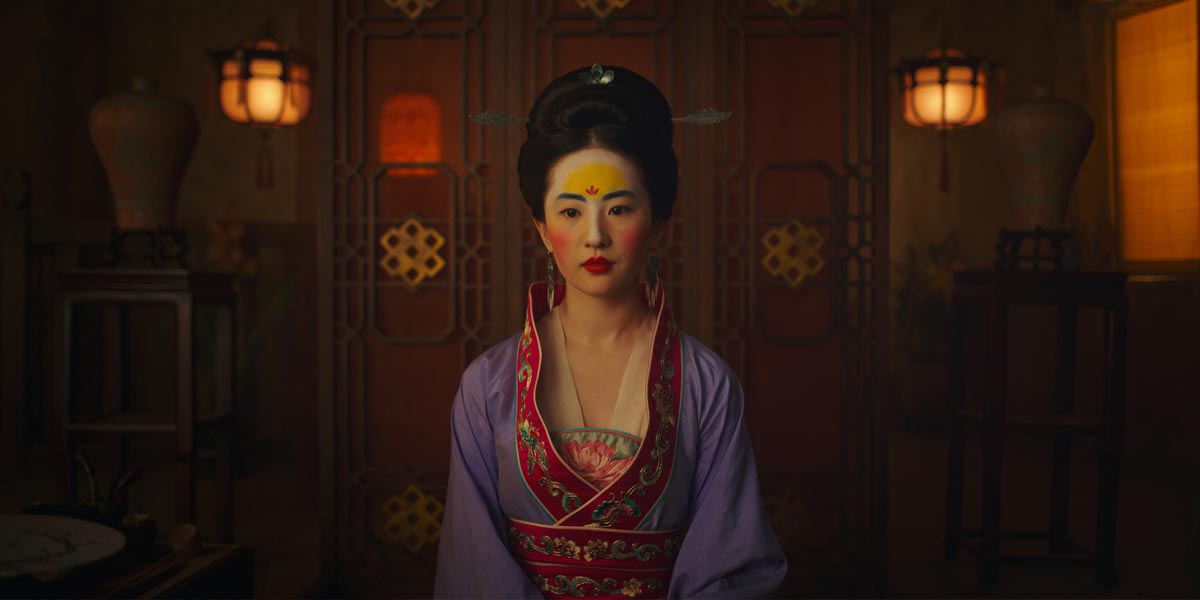 The new live-action Mulan from Disney was meant for theaters, but instead, we have the opportunity to watch it on our couches. While I am thrilled to be able to watch a new movie safely at home, I miss “making a day of it” and going to the theater to see a new movie for the first time. Nothing can top the big screen, the loud speakers, and the smell of popcorn.

With that said, I think premier access ($29.99 in addition to the normal Disney+ subscription fee) is worth the cost! It’s essentially the same amount of money that you’d spend on two movie tickets — and this time you won’t have to sneak snacks into the theater. 🙂 Plus, once your purchase Mulan with Premier Access, you will have access to watch Mulan as many times as you’d like (while you have a Disney+ subscription).

Remember, Mulan wasn’t originally made to be a Disney+ original movie. It’s a big budget theatrical production that we are only getting to watch at home because of current events. Because of that, it’s extremely unreasonable to expect Disney to give it to us at a lesser price or for free. 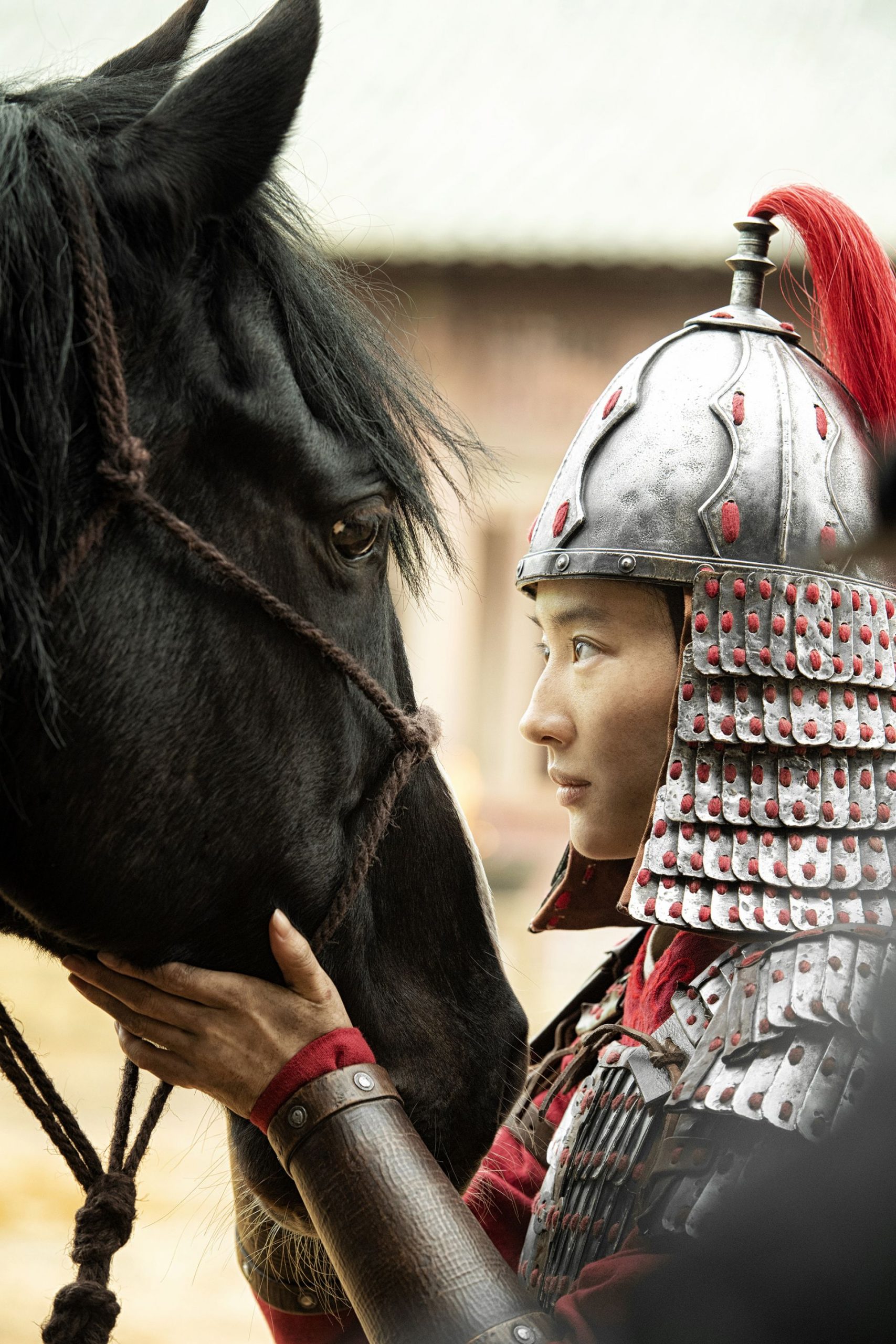 I’d love to talk more about Mulan with you — but I’m dangerously close to sharing spoilers in this post! If you’ve seen the new live-action Mulan already, watch my Mulan review below and let’s continue the conversation on YouTube. 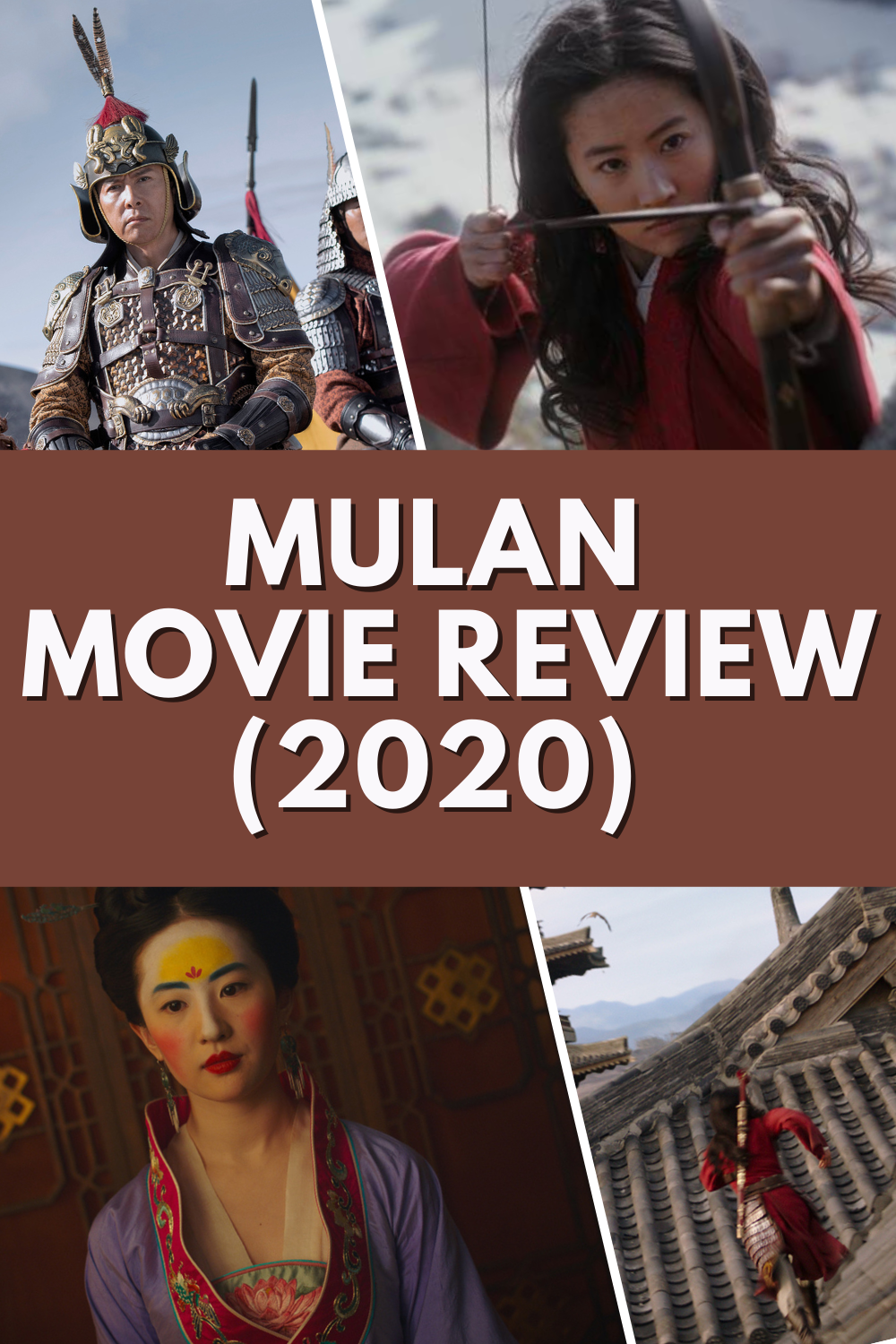