Football. Family. And leadership — on and off the field.

Now streaming on Disney+, Safety is an original movie inspired by an empowering true story of former Clemson University football safety Ray McElrathbey, a young man facing a series of challenging circumstances, whose dedication and persistence help him to triumph over repeated adversities.

Aided by his teammates and the Clemson community, he succeeds on the field while simultaneously raising and caring for his 11-year-old brother Fahmarr. 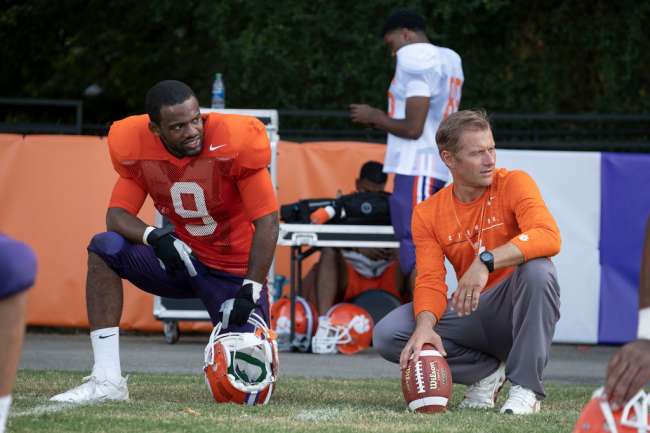 p.s. if Coach Simmons looks familiar (above), it’s because he was one of the villains in Iron Man 3! 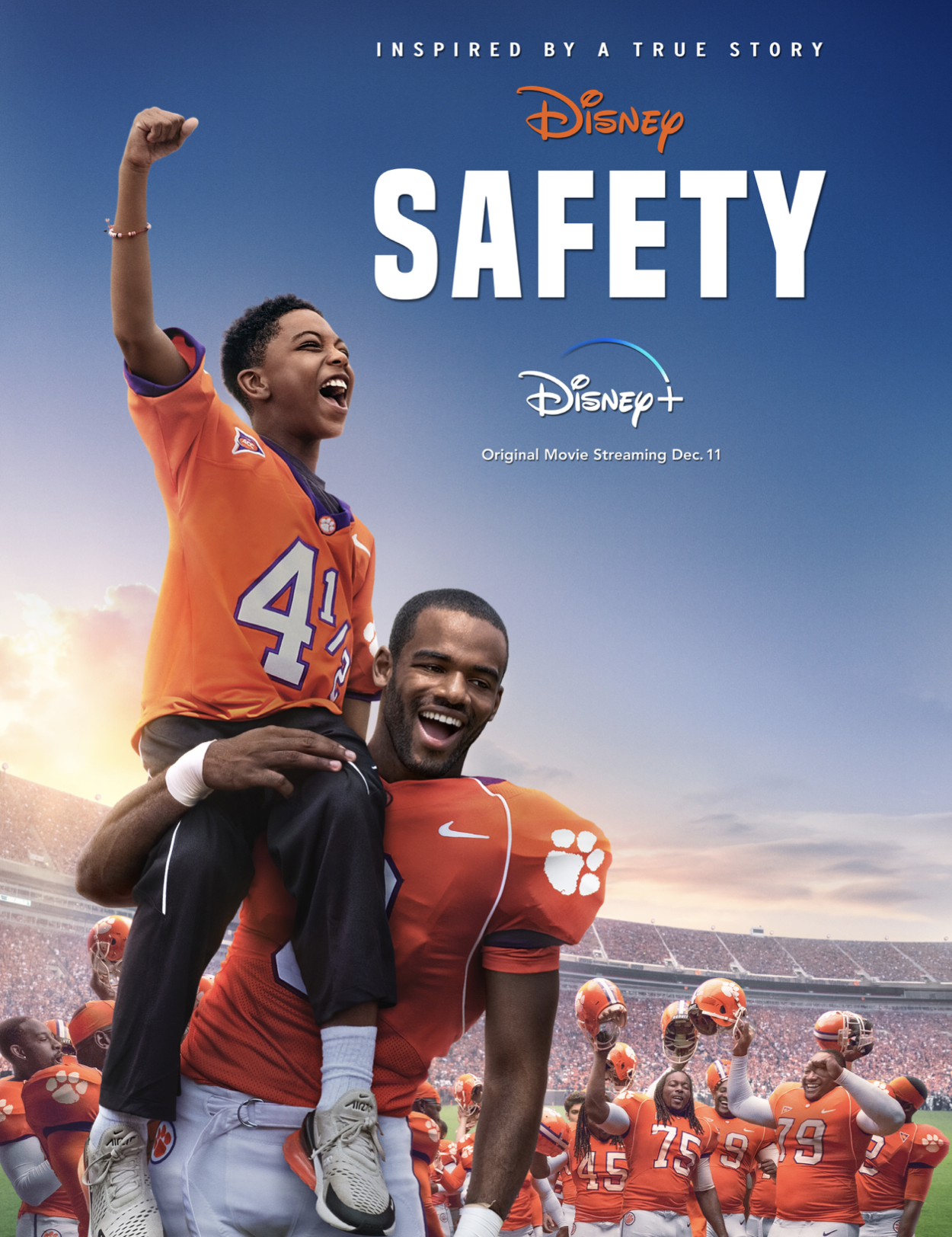 Safety is More Than a Position

While Ray may have been the team’s safety on the field, he took that position to heart at home, too. Every child deserves to grow up in a safe and stable home, and that’s just what Ray did for his brother Fahmarr with a little help from his teammates. After all, being part of a team isn’t just about playing a game — it’s about being an extended family in its own regard. 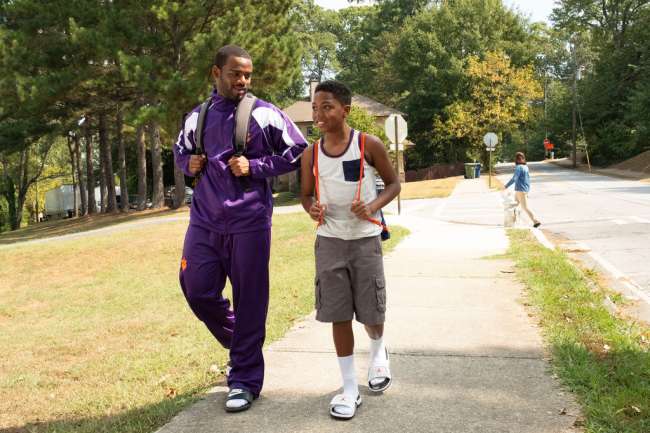 Safety has a touching message about the meaning of family that will tug on your heartstrings even if you’re not into football movies. And, honestly, this isn’t really a sports movie. Yes, the main character is on the football team, but other than a few practice and game-day scenes, that’s about all the football you’ll see. Instead, Safety’s message focuses on the support that two brothers had for each other even when the odds were against them. (You’ll want to have a tissue or two handy…)

While this wouldn’t be my top pick to watch on Disney+, it’s an encouraging story of family members (on and off the field) that look out for each other no matter what. And that’s a story that should be told more often.

Safety is now streaming on Disney+.