Since the Wonder Woman 1984 trailer dropped yesterday, Diana Prince is all I can think about! After watching the trailer and taking a closer look at the AMAZING character posters (VIEW THEM HERE), I’ve got a million questions running through my head.

How is Steve Trevor alive?

Where did Wonder Woman get her new gold suit (with wings)?

And, of course, the age-old question — how can I get Diana Prince’s hair?! 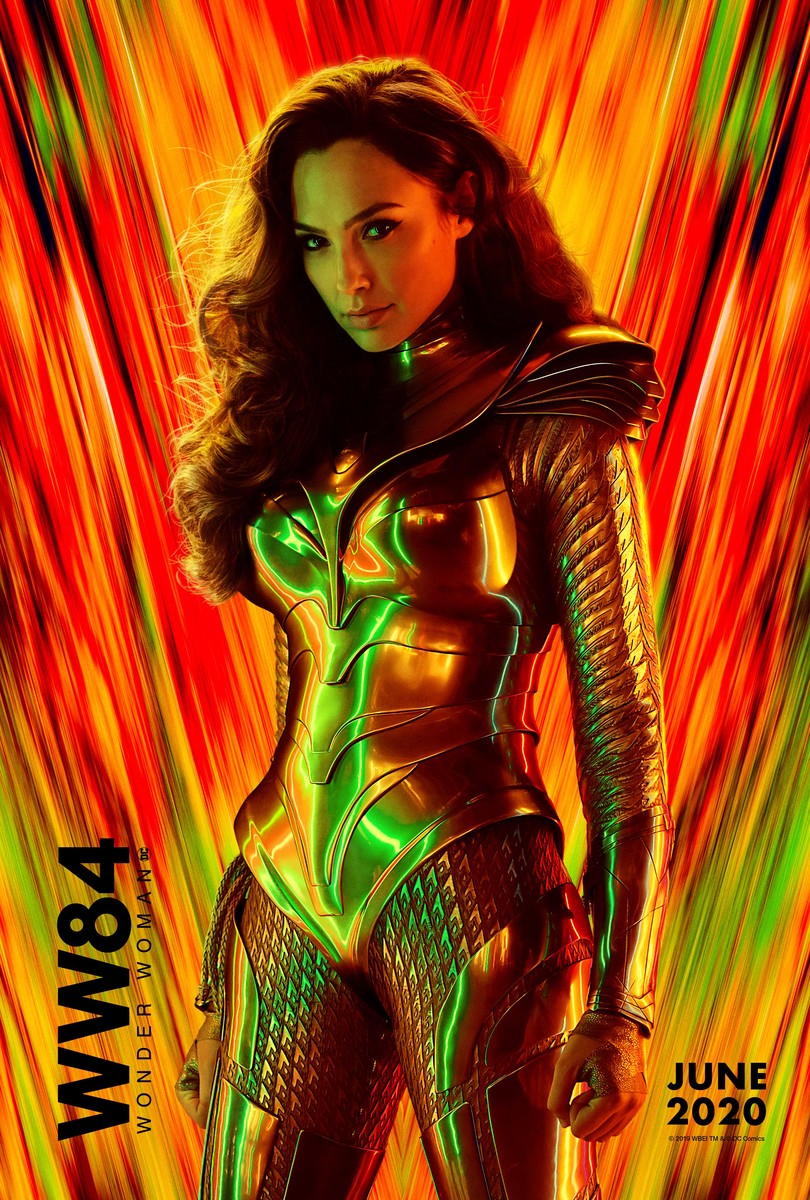 (View all of the Wonder Woman 1984 character posters and watch the trailer.)

Yep, caught in my natural element. I promise you this video wasn’t staged. (LOL) I’m just always trying to have my WW game face on.

And yesterday, since I was extra excited, I decided to create a new pie crust decoration inspired by Wonder Woman herself that you can easily pull off for your next movie night. (If you haven’t figured out by now, I bake when I get excited.) No matter what your favorite type of pie is — apple, cherry, blueberry, pumpkin — this Wonder Woman pie crust topping will bring a WONDERful element to your everyday dessert. 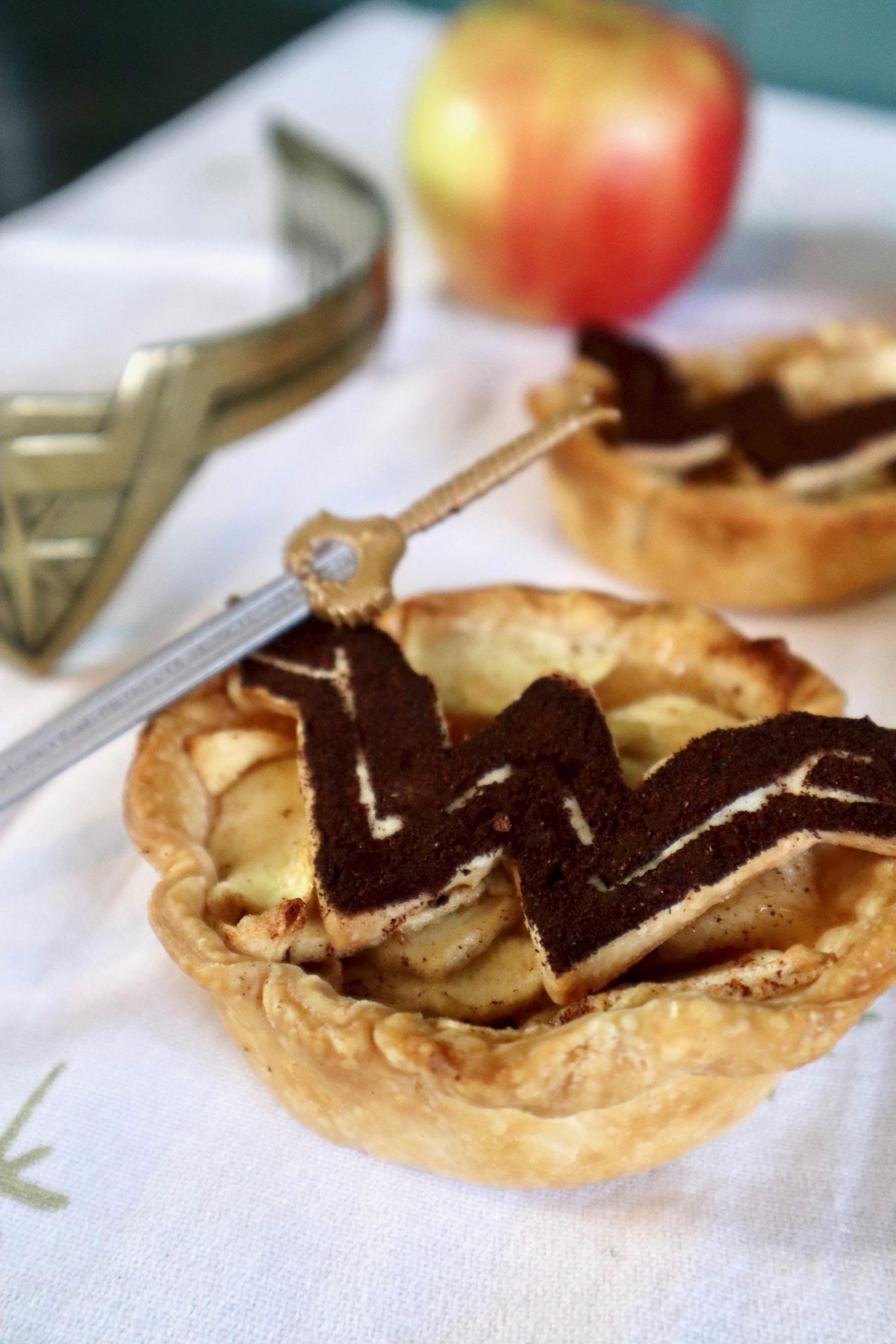 Roll out one of your refrigerated pie crusts on a clean surface. Place your Wonder Woman logo stencil on top of the dough and use a pastry brush to brush beaten egg white over the open part of the stencil.  Sprinkle cinnamon on top of the brushed egg white, being careful not to push cinnamon under the edges of the stencil..

Bake your cinnamon Wonder Woman designs for 8-10 minutes in your pre-heated oven, or until golden brown.

Once your pie is done baking, remove it from the oven and quickly place the decorated Wonder Woman design on top of the pie. By placing it on top of the hot pie, the heat and juices from the pie will help to seal the top piece to the bottom. 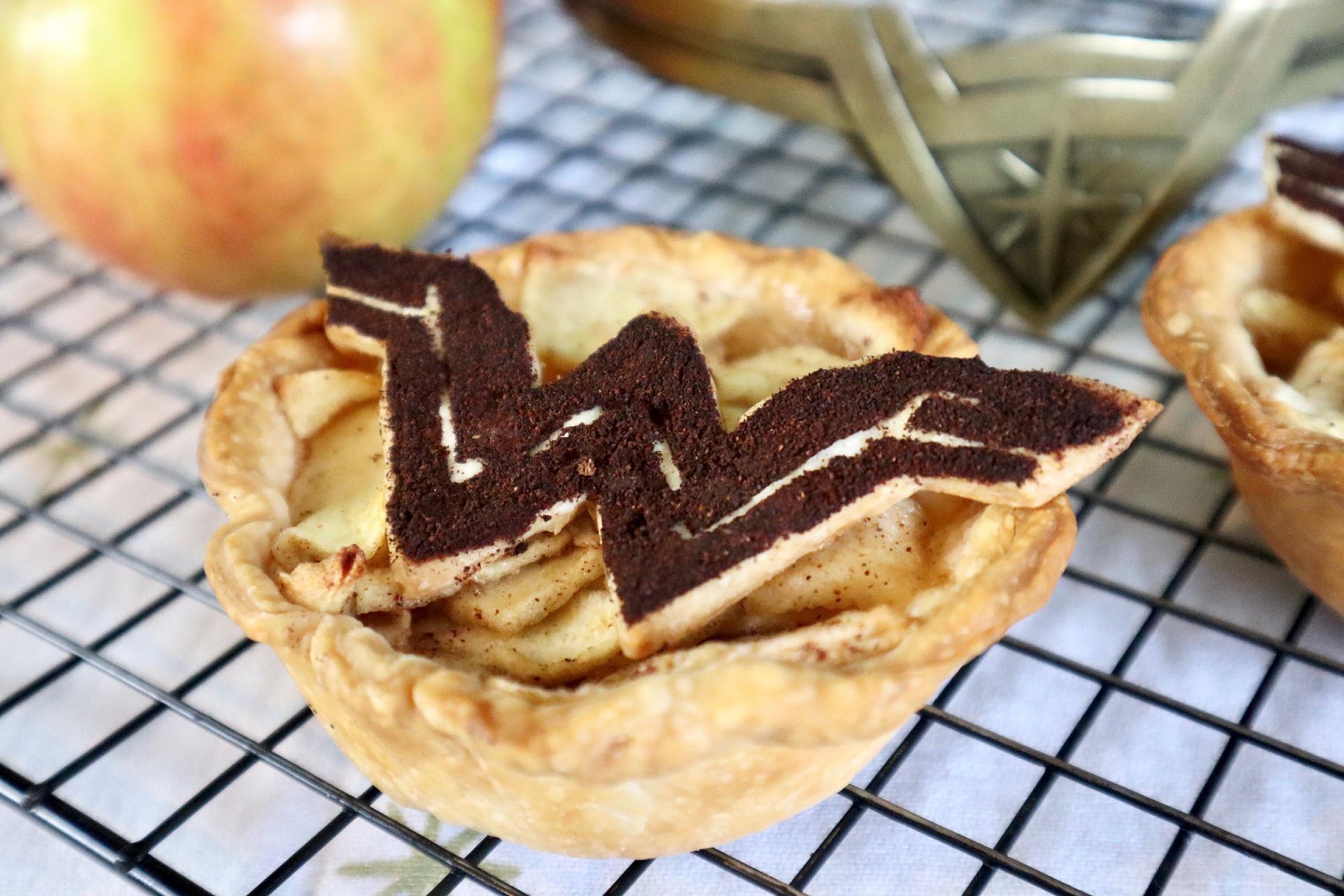 If no one else will defend the world — scratch that — bake a Wonder Woman pie, then I must. 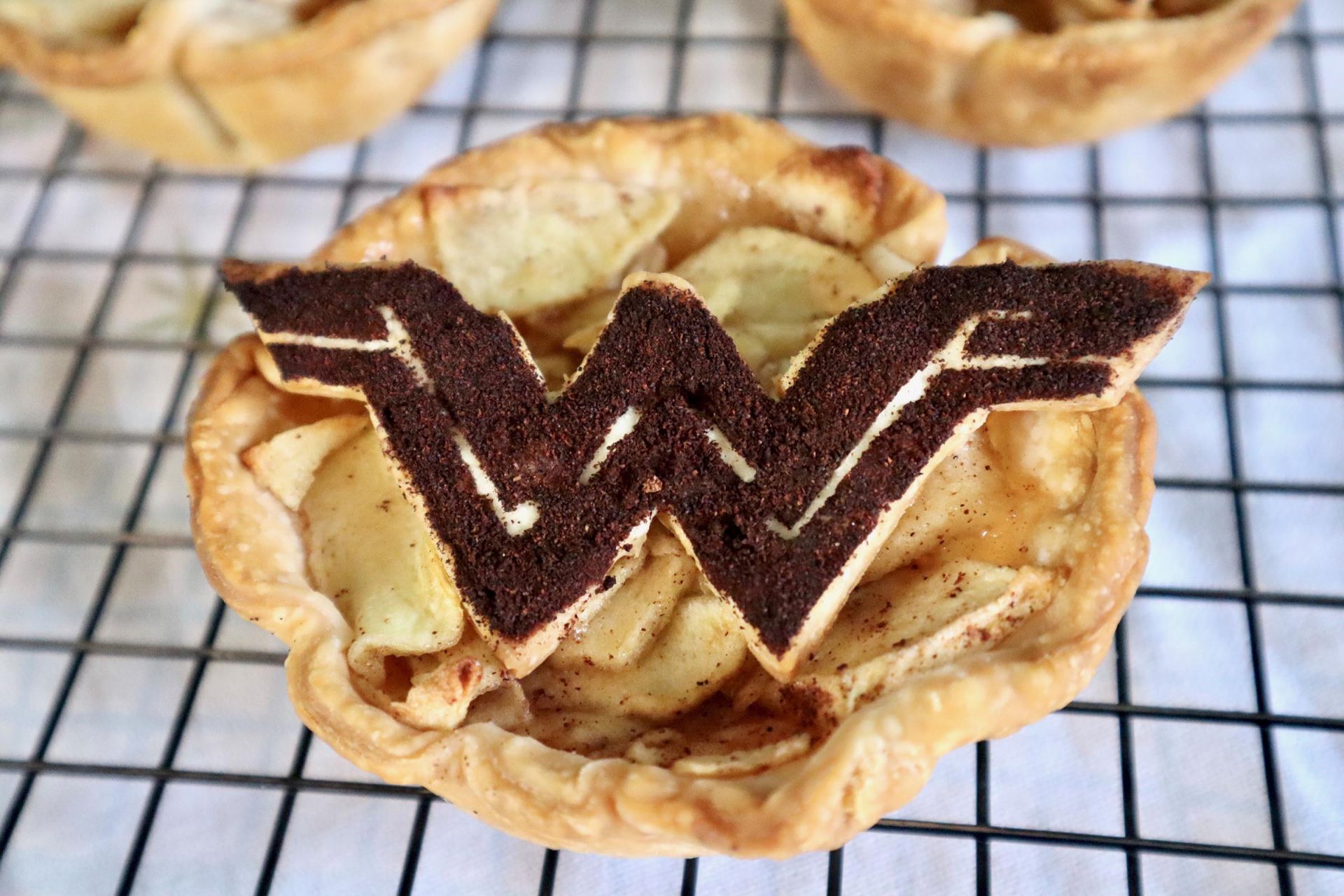 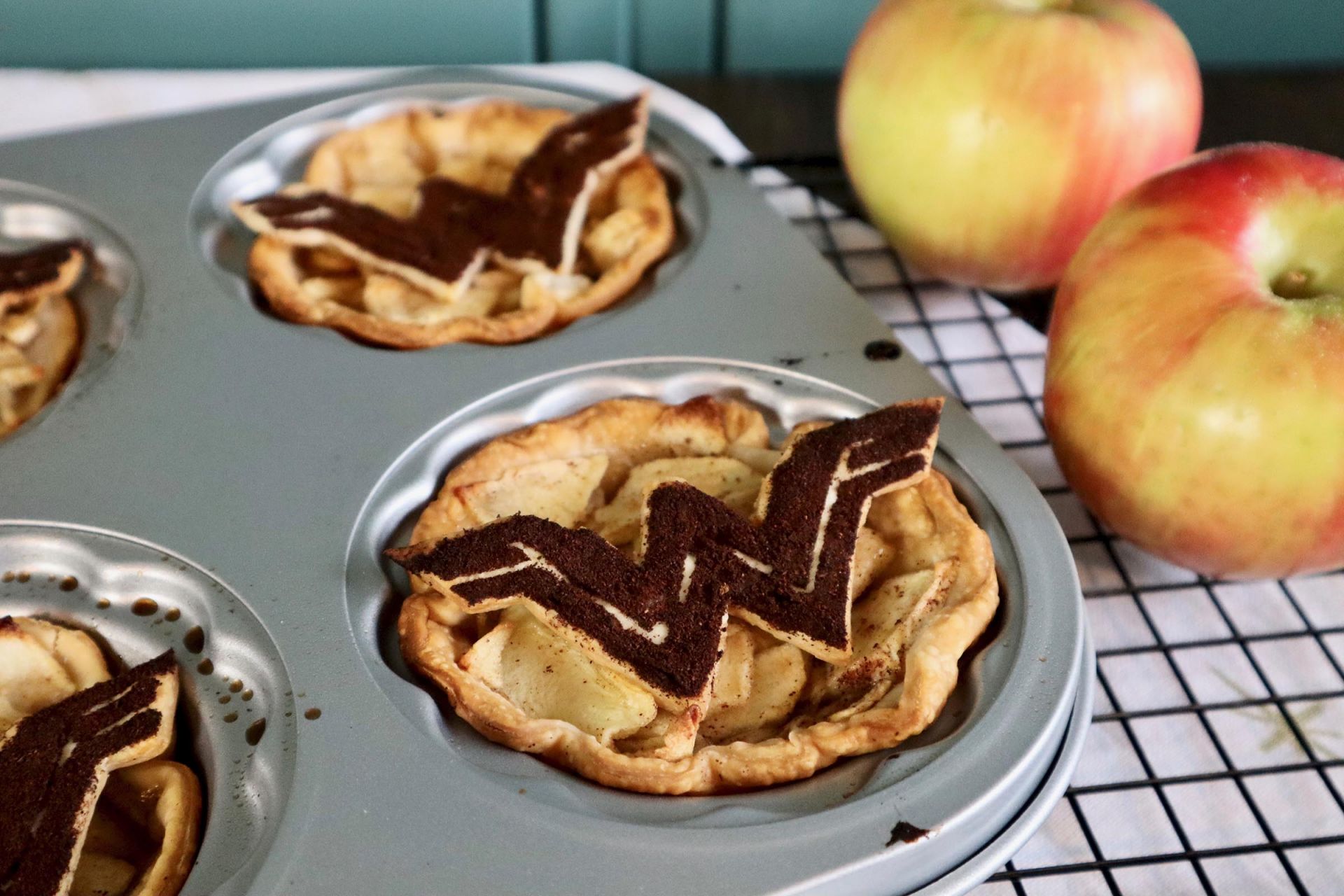 Diana even lent me a little help in the kitchen. 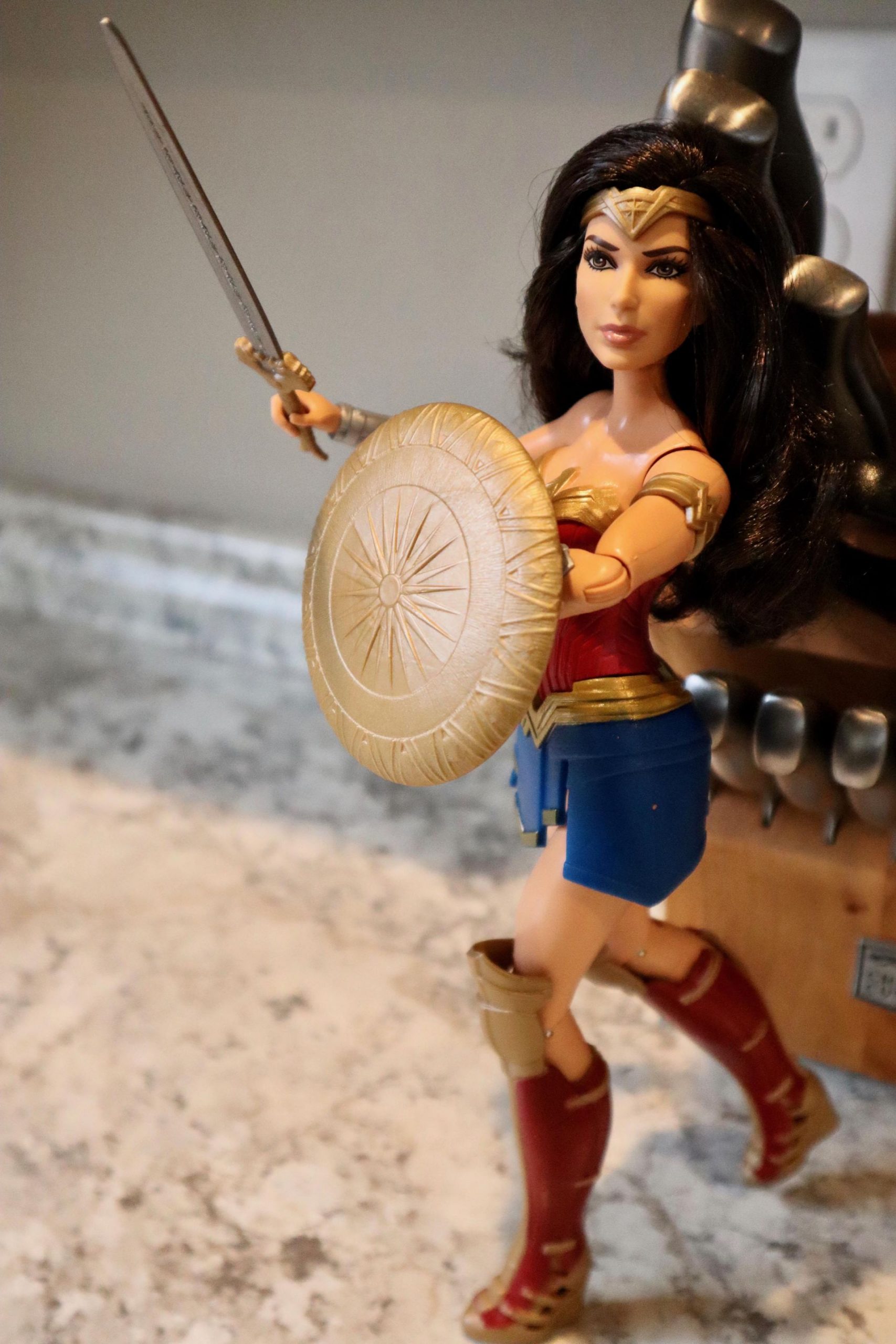 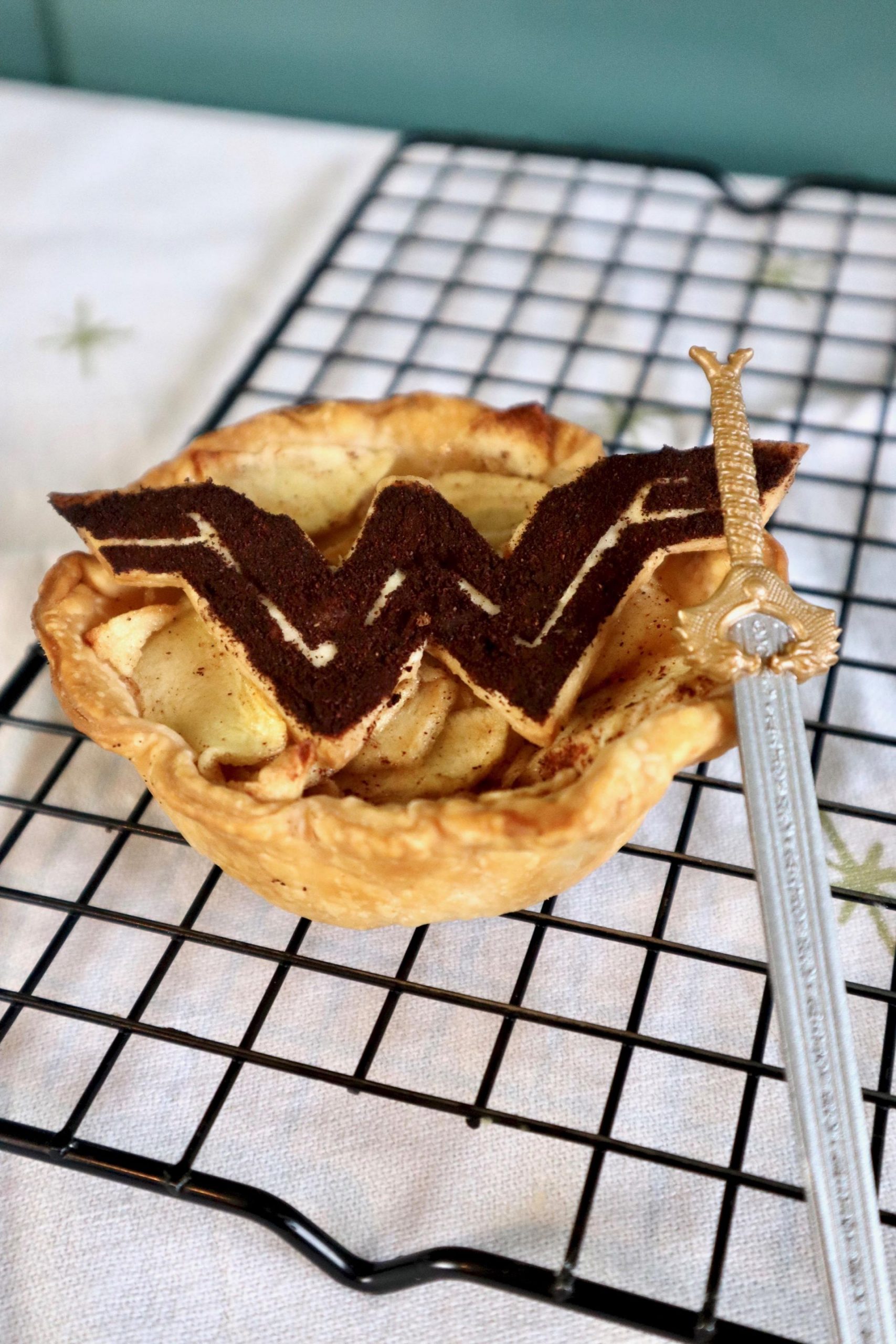 Wonder Woman pie? That’s power, grace, wisdom, wonder, and deliciousness all in one.