Walt Disney Animation Studios’ Frozen 2, the sequel to the 2013 box office hit Frozen, hits theaters this weekend! And audiences of all ages are in for a treat!

Several weeks ago I attended the Frozen 2 red carpet premiere in Los Angeles and was in AWE of how much I loved the Frozen sequel. Since then, I’ve shared my initial spoiler-free Frozen 2 review and have been singing the soundtrack over and over again (both in my head and aloud).

Let’s just say, I think you’re going to love it, too. 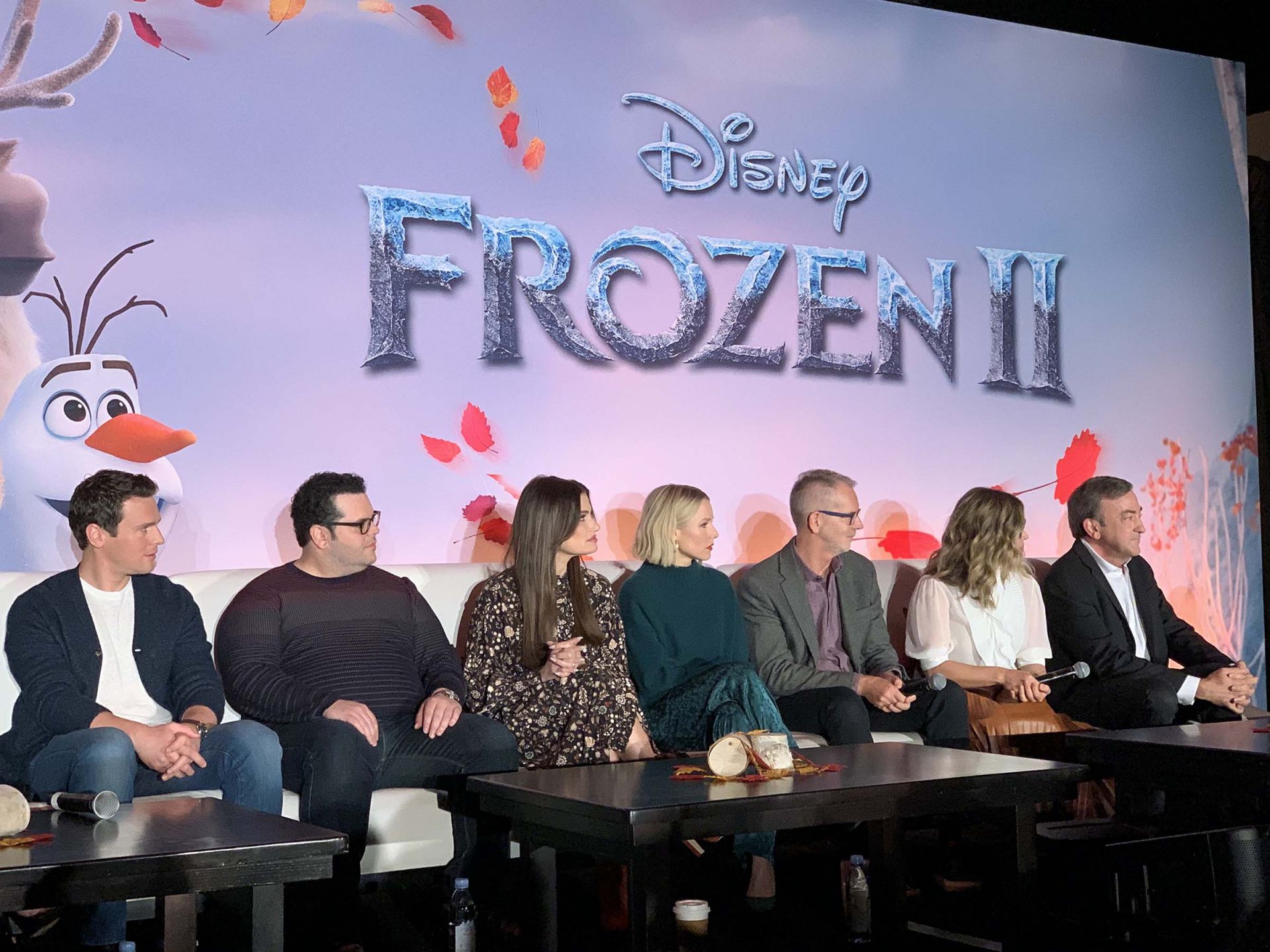 While at the Frozen 2 press junket there were so many LOL moments that the cast shared. (I was literally ten feet from our favorite cast members! *pinch me*) And while Olaf is my favorite Frozen character, Josh Gad, who provides the voice of the snowman, also proved to be just as lovable and hilarious in real life! 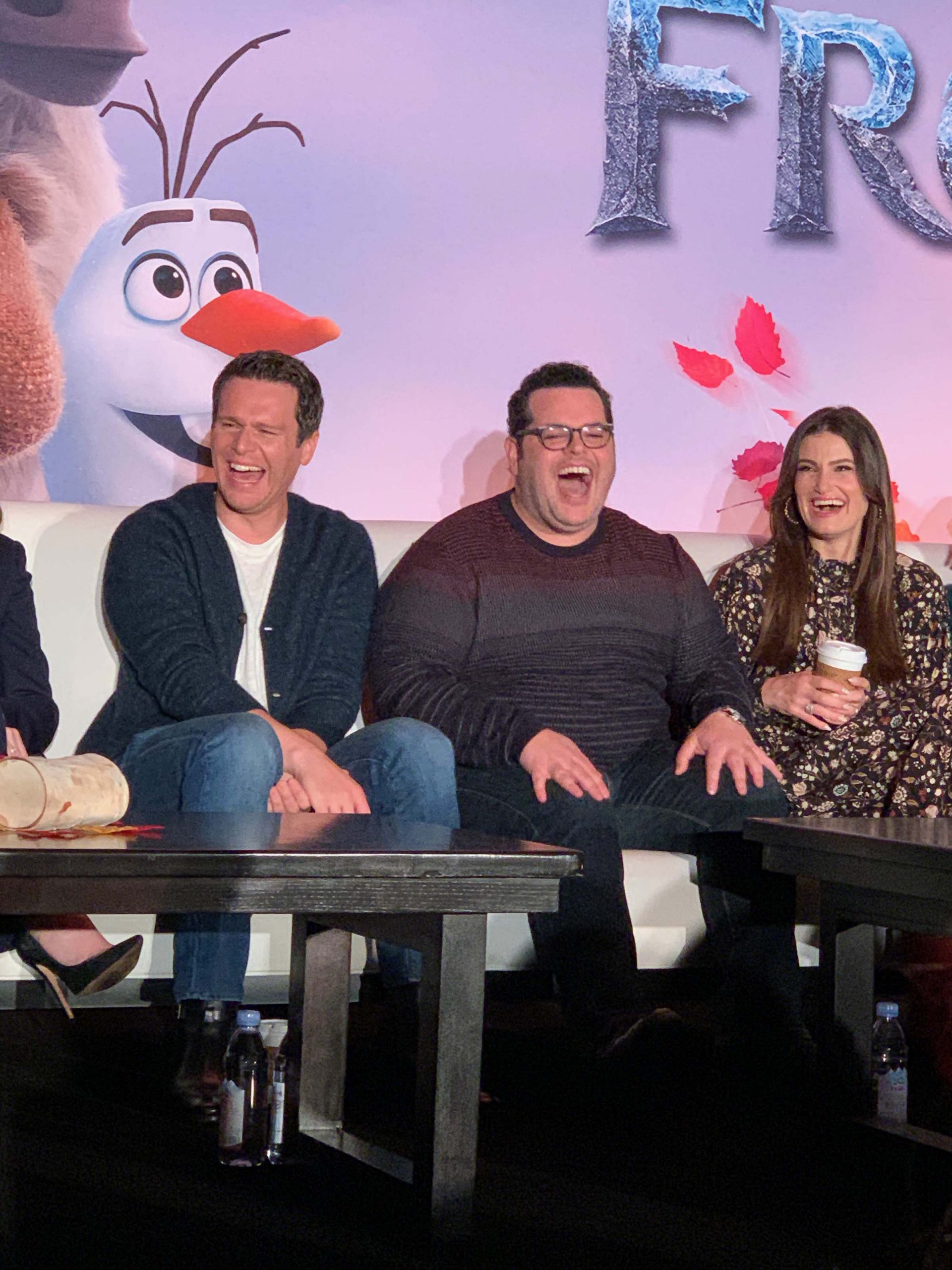 During the press junket, he spilled the beans about how he had a secret crush on one of the cast members… and that was Idina Mezel! The Ice Queen herself!

How did this come up in an official press junket, you ask? Well, as Josh’s story goes, he was a huge Idina fan after seeing her perform in RENT and then Wicked. And he was quick to admit this about his fellow cast member, Idina:

“This girl is one of the most talented human beings alive. I was obsessed with her. I was like, I’m either gonna marry her or do an animated franchise.” 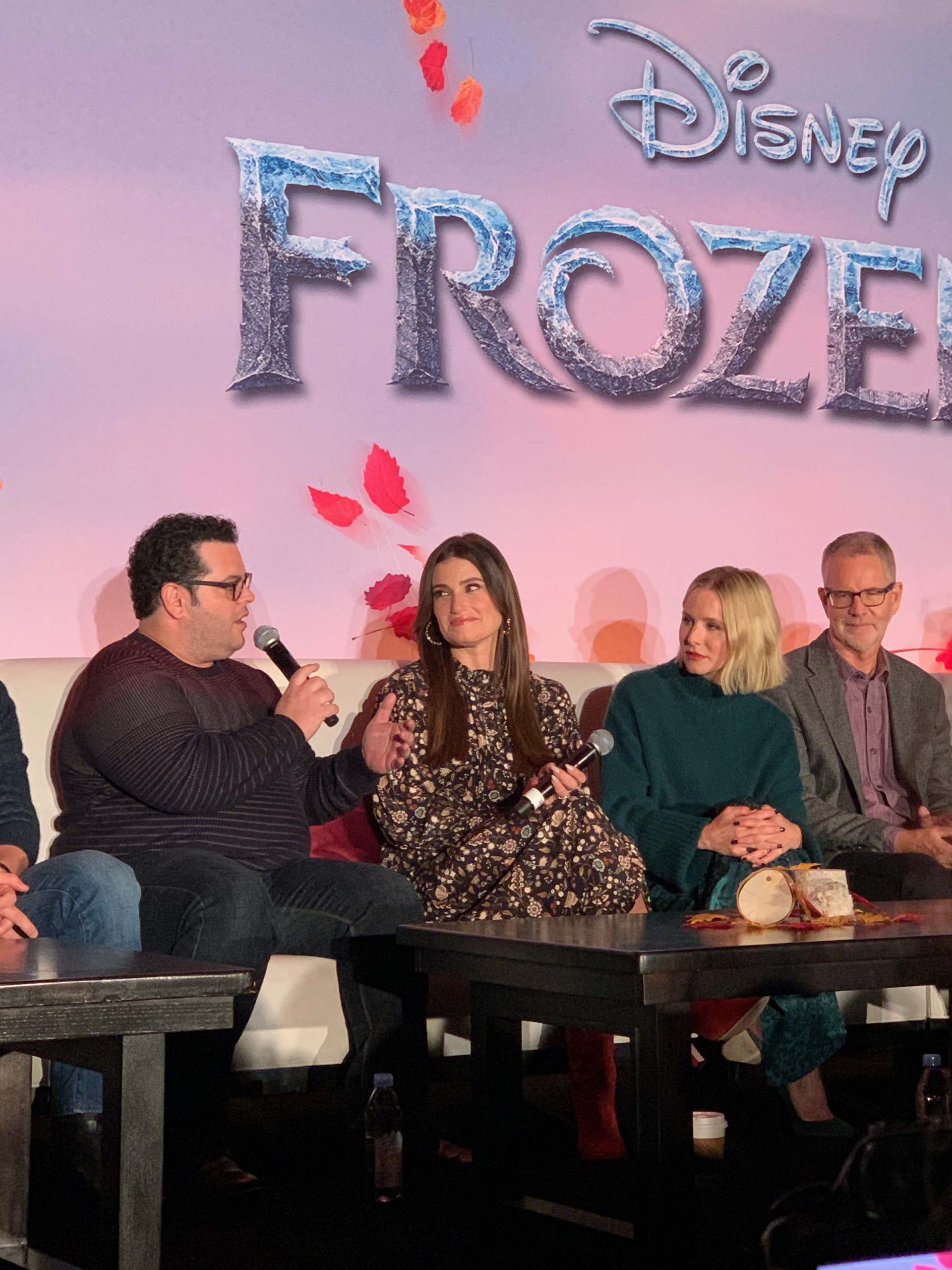 And while he admits that only one of his initial dreams worked out, he also shared that the best part of working with both Idina Menzel and Kristen Bell is that his daughters look up to them.

“The coolest part about watching Frozen and now Frozen 2 with my daughters is they have [IDINA AND KRISTEN] as their role models. That is just the most incredible part of this journey, […] I get to share this with two girls who get to look up to two fiercely independent Disney Princesses who I think are changing the way we view what a princess is.”

.@joshgad dishes on what @DisneyFrozen 2 actress he was/is “obsessed” with. (Can you guess who it is by this photo?) #frozen2 #TheGeeklyRetreat pic.twitter.com/yyL6u63LP4

Why was Elsa born with magical powers? The answer is calling her and threatening her kingdom. Together with Anna, Kristoff, Olaf, and Sven, she’ll set out on a dangerous but remarkable journey. In Frozen, Elsa feared her powers were too much for the world. In Frozen 2, she must hope they are enough.

Walt Disney Animation Studios’ Frozen 2 is now in theaters! And I’ve got your guide to a Frozen-filled weekend!